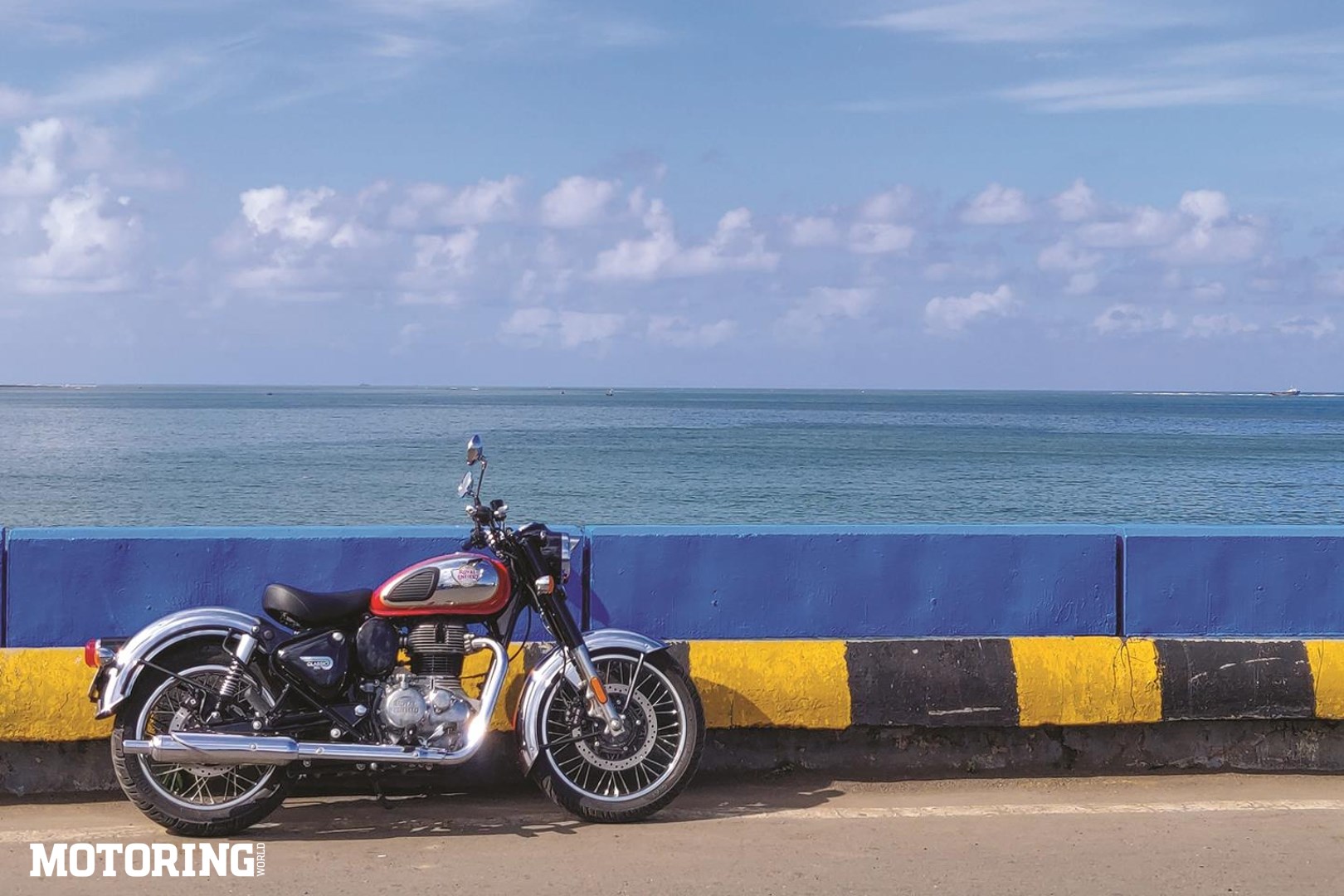 By now, I’ve lost count of the number of opinions this bike has changed. From people who ride old cast-iron Bullets and ignore modern RE singles to rabid RE haters, it has mellowed them all into its fold with its smooth thump and glorious shine. As you can estimate, it takes a proper motorcycle to do that. Even if the engine casings are easily scuffed by riding boots. In fact, the bike’s survived its first monsoon rather well save for the casings that already look like they’re ready for a round of buffing. Or maybe it’s just the stickler in me talking.

Funnily enough, I don’t see any other new Classics on the road. And I’m out riding a lot these days. I do see a lot of Meteors, though, and that has only reinforced my staunch theory that new machines only become ubiquitous after a year of launching, more or less. If I’m to believe my own unresearched theory, there’s a while to go before I have a chance to see the Chrome Bronze Classic, then, or even the Halcyon Grey and the Redditch Red which I also like. That doesn’t mean I’m bored of my Chrome Red long-termer — far from it. I still can’t get enough of it, really.

Despite the other test bikes that keep showing up in my garage, I find myself gravitating towards the Classic at least once a day. The upshot is that I ride more, the downshot is that I ride my own bikes less. Well, the ones that are running, at least. Every time I wipe the bikes clean, I start them all up and listen to their combined orchestra for a few minutes. Then I turn them all off, lock them up, and take the Classic for a short ride on a nearby green stretch of road. Every single time, no kidding. I guess that’s how and why it changed opinions. It’s as simple as that.