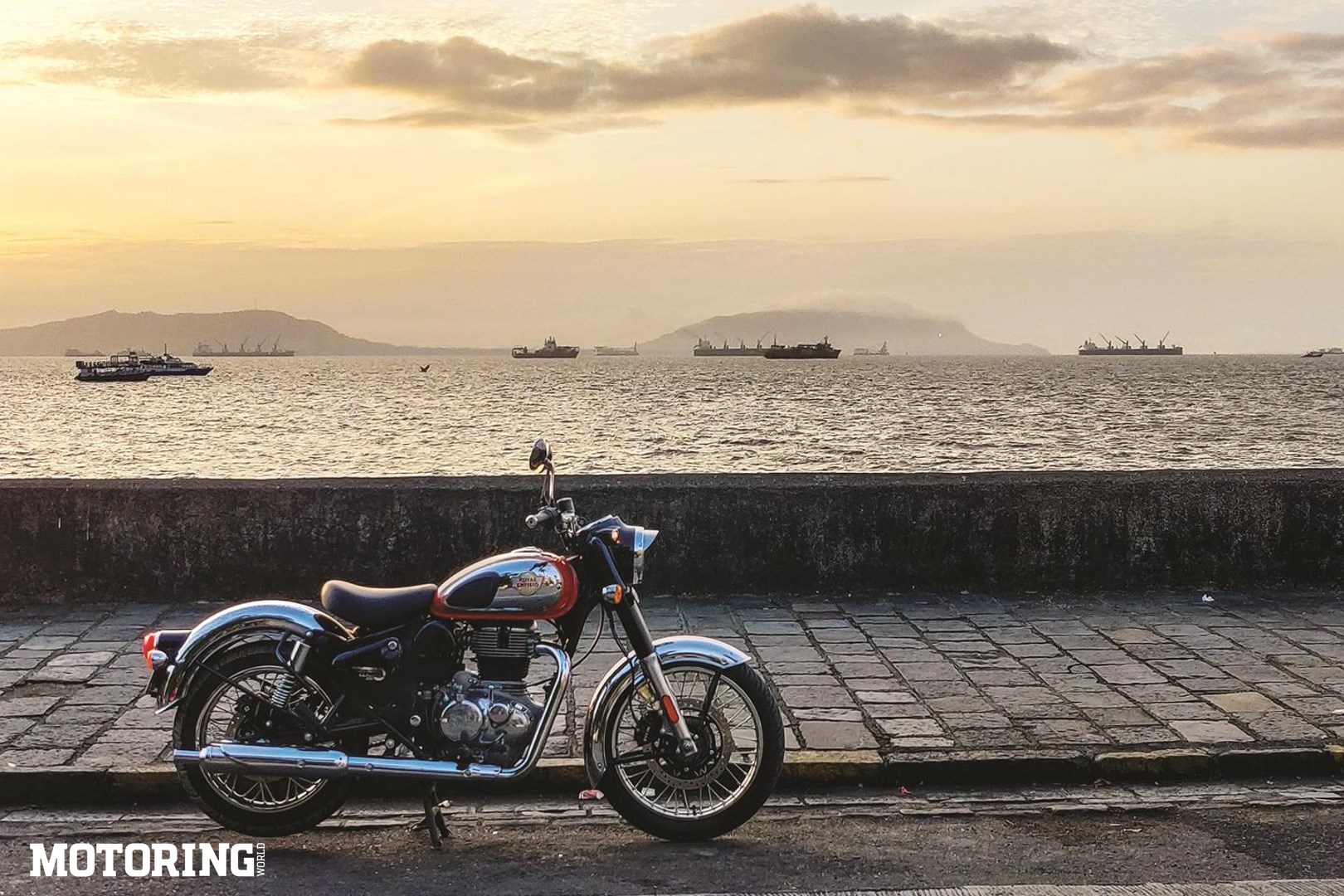 This new Royal Enfield Classic 350 looks intensely desirable, doesn’t it? It’s that bright red paint and all that shiny chrome at work, I tell you. I don’t remember the last time I spent this much time cleaning a bike; I just can’t stand to see any sort of dust, grime or smudge on that gleaming handsomeness. And I have to fight off bouts of irritation whenever I see the patch on the fuel tank where Janak’s tank bag scuffed it on his way back from the bike’s launch ride. Grrr.

Nonetheless, after having ridden the Meteor for the better part of a year, the Classic is pretty much what I expected, and a little bit more. It got its first service shortly after its arrival, thanks to Royal Enfield’s Service On Wheels (rather unfortunate acronym, that), and the bike’s been running smooth and free since. It has immediately become the choice for my early-morning rides around Mumbai, leisurely thumping along at its own pace for two to three hours before the city wakes up and throws a chaotic spanner into the peaceful works.

Apart from its looks, what I like the most is the Classic’s sound. It’s got a much more audible thump than the Meteor, one that’s more in line with its old-school character. Yes, of course I want a louder exhaust whenever possible, but even the stock pipe’s thump isn’t bad at all, and that’s quite a surprise in these emissions-strangled times. Top gear at 40 kph, and the Classic beats along a steady tune, perfectly composed and feel some. Indeed, I once rode it around for three hours doing more or less just that. I haven’t bothered checking its top speed or fuel efficiency yet, either.

And my phone is now filled with what seems like thousands of photos of the Classic all over Mumbai. I’m not sure if I ride for the sake of it or to capture the Classic’s stunning lines against all the backdrops this city has to offer. Next month onwards, you can expect more thorough details about the bike, and not vague ramblings. Although vague ramblings are exactly what the Classic seems to love. I really like this honeymoon period with the Classic, and every ride has me looking forward to winter morning rides on the bike. It’ll be a season to remember, I’m sure, as arresting as this motorcycle.