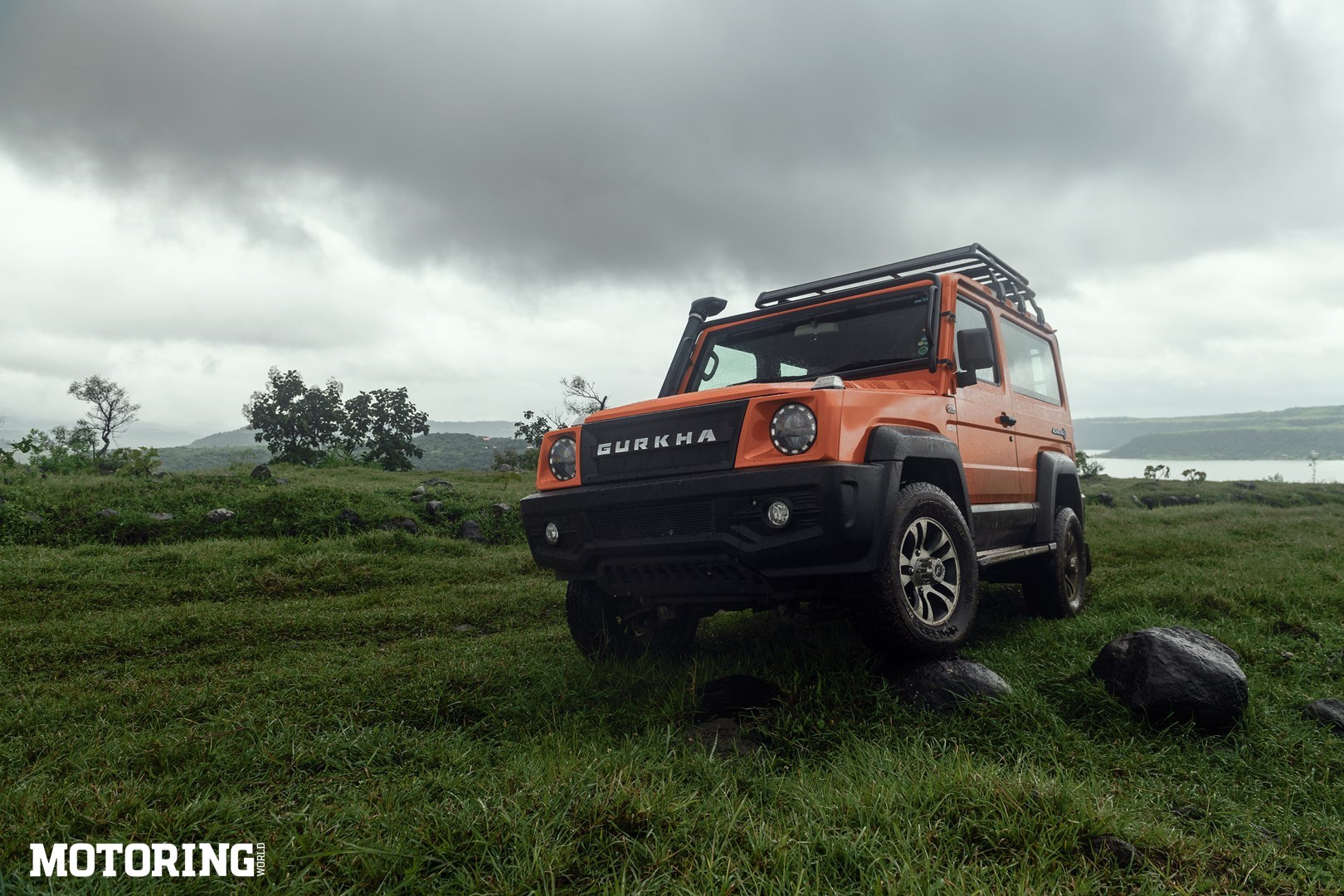 The second-generation Force Gurkha. Force Motors says the new Gurkha is underpinned by an all-new ladder frame chassis, gets a re-worked suspension setup, a new body, and modern amenities. One look at the new model and you’ll be able to tell Force has done quite a bit to bring the utilitarian Gurkha to the modern age, while retaining the rugged, ‘G Wagon for the masses’ kind of image.

There’s a sophistication to the design, especially seen in bits like the Gurkha name mounted prominently on the grille, the traditional round headlights with DRLs (reminiscent of Iron Man’s arc reactor from his debut MCU movie), the protruding front bumper, single pane rear windows, and the neatly integrated footboard. When viewed from the side, the lightly curved bonnet and the new 16-inch alloys wrapped in 245/70 R16 tyres add a degree of sportiness to the stance, not to mention the snorkel for water wading; it’s capable of going through 700mm of water.

Another welcome change is the placement of the rear light units. They’ve moved from the bumper and are now placed vertically on either side of the tailgate, which is where the spare tyre is mounted. Nonetheless, there’s no mistaking this for anything other than a Gurkha and kudos to Force Motors for managing to maintain such obvious links to its predecessor while coming up with this cleaner and more modern design.

Force Motors is looking to reinvent the Gurkha in the same way Mahindra did with the Thar and, hopefully, emulate its success with the lifestyle crowd. It is to that end that it sports the significantly more polished looks both outside and in. The cabin still takes quite a step to get into and you’ll need to grab the handle on the A-pillar to haul yourself in but that’s part and parcel of the Gurkha. The quality of the plastic on the dash may not compare favourably by modern standards but is a massive improvement over the previous model. Some of the features that the Gurkha now packs in includes a tyre pressure monitoring system placed next to the revamped instrument cluster, USB and charging ports, front power windows, and tilt and telescopic adjust for the steering wheel. There’s also a 7-inch Kenwood infotainment touchscreen with Android Auto and Apple CarPlay, which isn’t the slickest of its kind, but it isn’t a hassle to use either. The four-speaker system produces a decent sound quality as well.

The biggest improvements inside are the seats, especially the rear ones. Gone are the side-facing rear benches and in comes the two reclinable captain’s chairs with armrests. While the view out the rear windows may be restricted for slightly taller people, rear passengers won’t feel claustrophobic thanks to the high roof and the blast coming off the AC unit. The front seats are also far more comfortable than the previous car and you’re definitely sat high up, with a good view of what’s around. The single pane rear windows also enhance visibility over rough terrain. Boot space stands at a more than decent 500 litres. Significant improvements in refinement, both in terms of vibrations and outside noise filtering in, also mean the Gurkha is easier to live with.

Off the road, yes. On the road, no. Force Motors has made significant improvements to the way the Gurkha handles and rides. It’s much more stable at high speeds and quick corners upset it far less. It’s easier to drive on a daily basis thanks to the lighter steering and relatively tight 11.3-metre turning radius, and the vague but light clutch helps in that regard too. However, there’s no getting away from the fact the new Force Gurkha is made for going over much rougher stuff than our roads, which is saying something about the state of our roads and just how capable the Gurkha is.

Even in 4×2 mode, where drive is sent to the rear wheels, the Gurkha clambers over muddy terrain in a way any soft-roader would balk at. Stick it in 4×4 and there’s very little that phases the off-roader, especially with the diff locks engaged. Push the gear lever into first and the Gurkha simply chugs along on long, rocky upslopes. Force says it’ll go up a 35 per cent gradient, which is scarier in real life than lines drawn on a paper. You’ll have to keep a good hold on the steering while traversing the massive, criss-crossing ruts, but other than that, few things seem too big a challenge for this off-road machine. In that, it feels every bit as capable in doing the rough stuff as the previous Gurkha.

Speed is not exactly what the Force Gurkha is built for. While the 2.6-litre four-cylinder diesel engine sourced from Mercedes-Benz makes a bit more power and torque in BS6 form, this unit doesn’t like to be revved much. 90 bhp of power comes in at an early 3200 rpm and there’s really no need to rev it above that. The turbo-diesel engine has a meaty 25.49 kgm of torque coming from just 1400 rpm until 2400 rpm, and it’s here that it is at its most comfortable. The gear ratios are spaced quite close, which does necessitate using the not so slick gearbox a bit more in quicker driving environments.

That being said, it’ll smother a mild trail with absolute confidence and at much higher speeds than you’d think. Just remember to have a good grip on the hydraulically-assisted steering and it’ll chug along comfortably on a dirt track at 60 kph in fifth gear.

Taken to the toughest, barely traversable terrains on the planet, the new Force Gurkha will be immense fun. The manner in which it negotiated the off-road tracks Force Motors had laid out for us had me hooting, grinning and cackling with delight. The fact that the Gurkha is more at home on regular roads sweetens the pot. Sure, the plastic quality inside could be better and the lack of an automatic gearbox or a reverse camera are sore points but it’s a compelling choice if you’re in the market for a go-anywhere car. Expect prices around the Rs 13 lakh, ex-showroom, mark for this three-door version. A five-door Gurkha is also expected to join the line-up later. 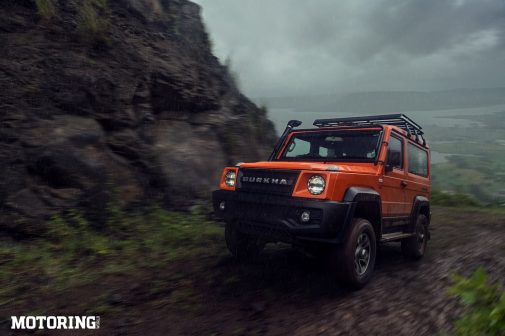