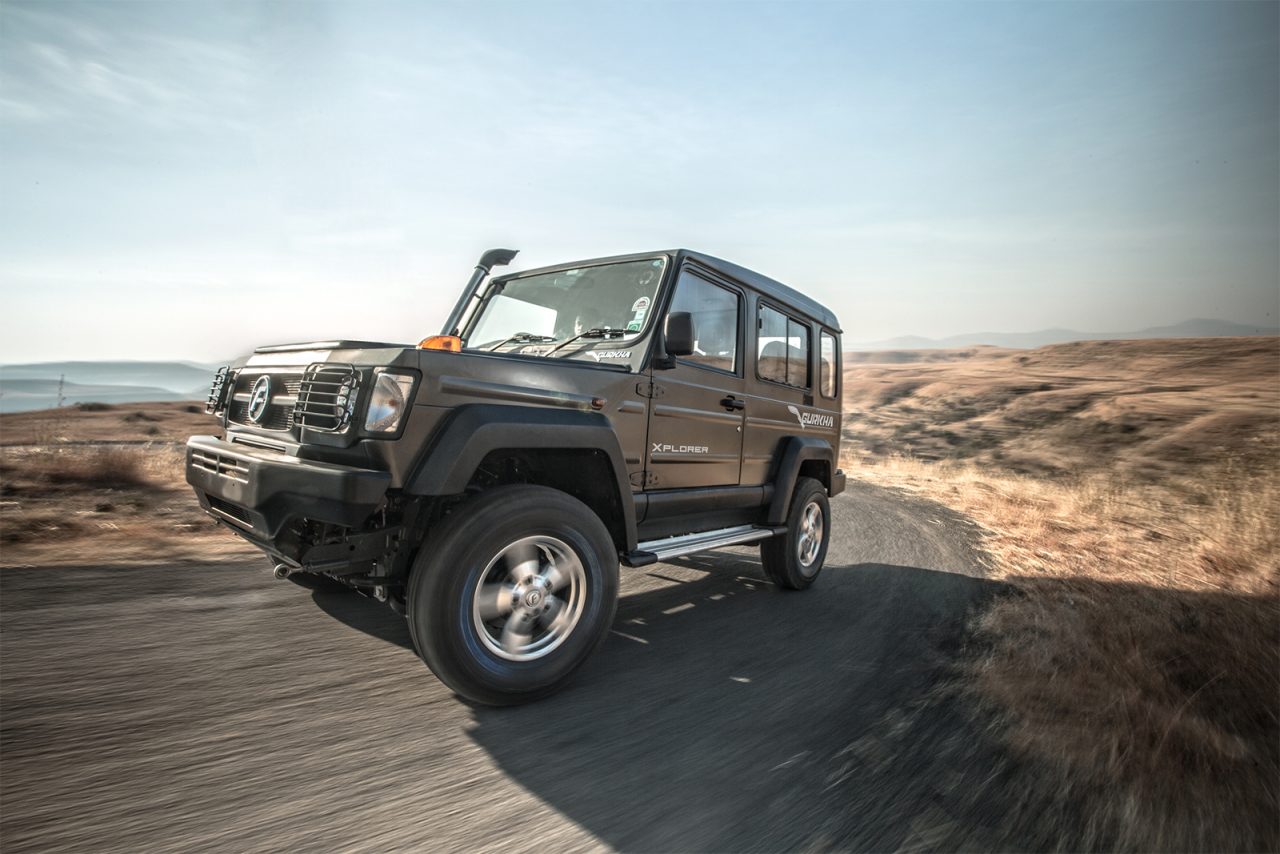 The Gurkha’s updated looks (on the MY2013 model) might have not been to everyone’s taste — with a bit too much plastic on the fascia — but Force Motors seems to have resolved that. With the introduction of the Force Gurkha Xplorer and Xpedition, the company has brought back macho styling on what’s one of the best-rated off-roaders in the country.

Prices start at Rs 8.13 lakh, ex-showroom, Maharashtra, and now, unlike on the regular Gurkha, there’s a five-door version available as well, both under the Xpedition and the Xplorer lines. The three-door Xplorer might have fewer doors, but looks exactly how the Gurkha should have, the day it was relaunched. While the updates include a new steering wheel, refreshed interior, etc., but for some reason, Force Motors hasn’t still offered the 2.2-litre engine that does duty on the Force One and the RFC-spec Gurkhas. Which means both the Xplorer and Xpedition are available only with the 2.6-litre (also Merc-derived; now BS-IV compliant) unit that makes about 85 bhp and 23.45 kgm.

As can be seen in the photos, a snorkel is available on both versions (and water wading ability of up to 550 mm); and so are the over-fenders, light guards, and new bumpers. The front gets independent suspension while the rear has a multi-link unit. There’s also an updated gearbox, a choice of four colours (Matte Black, Superior White, Copper Red, and Moondust Silver), among other additions.

The Xplorer and Xpedition are differentiated by their approach towards bad terrain. The Xplorer, available in both three- and five-door versions, gets 4×4, an optional soft-top (on three-door), differential locks on both axles, a 205 mm ground clearance, and an 18-month warranty. The Xpedition, on the other hand, is five-door-/hard-top-only, gets 4×2, 190 mm of ground clearance, and a longer, 36-month warranty. It can also be specified to seat up to eight people, while the Xplorer, with a shorter wheelbase and off-road focus, can manage up to five.