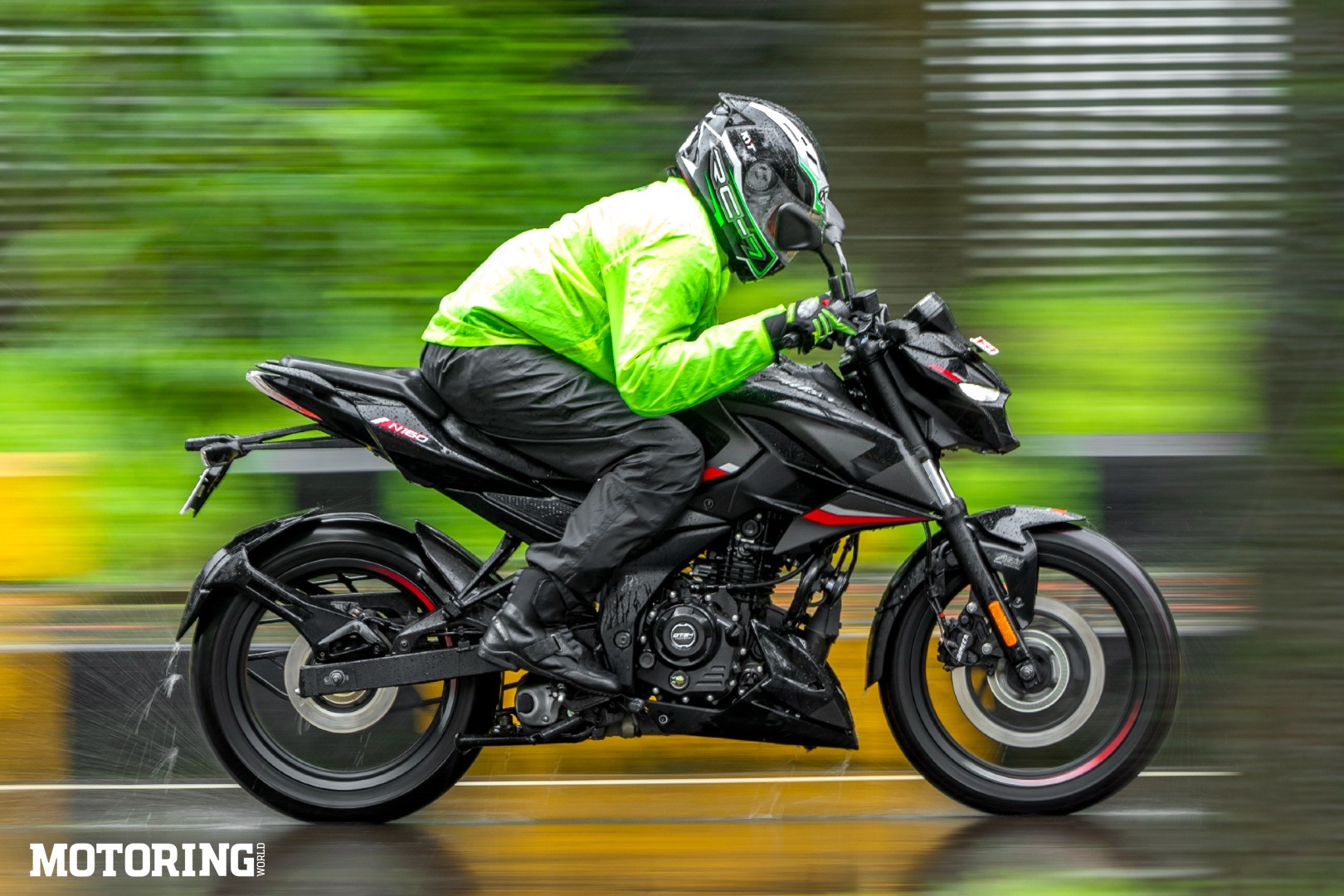 There’s nothing like riding in the rain. It is a heightened state of precision inputs to the controls of the motorcycle to dance on the thin line of control. Braking and cornering are the tests that decide how good your ability is in modulating the inputs — may it be the squeeze to the front brake lever or the steering input on entering a corner. But that’s for the rider. What about the motorcycle, then? A fast sweeping road with a sequence of corners is the perfect proving ground to bring out the chinks in a motorcycle’s handling armour. But that’s the last thing I have on my mind right now. That’s because I’m too busy having fun flipping the new Bajaj Pulsar N160 out of a corner only to drive back into another one. This bike is natural. 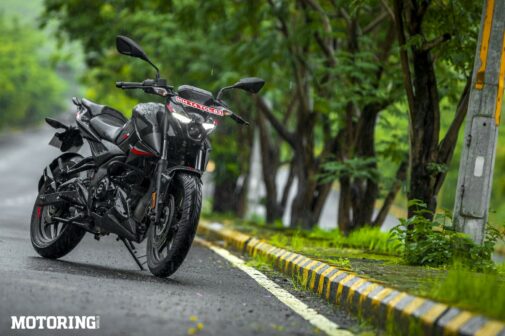 Since the time I rode the Pulsar N250 and F250 siblings last year, I have been looking forward to this one, their feisty smaller cousin. The first motorcycle I tested and reviewed at Motoring World was the NS160, and boy, what a fun bike it was to ride. With those expectations in mind, I was eagerly looking forward to riding its inevitable successor, the N160. Inevitable because presently the bike doesn’t replace anything from the current Pulsar lineup. While the original Pulsar 150 continues to have that aspirational commuter value and demand in smaller towns, the NS160 is keeping the dealers happy for now, thanks to the big margins. But, it won’t be long before that changes, at least in the case of the latter. You see, the N160 is a scaled-down version of the naked N250, but only in the powertrain department, apart from which everything else remains more or less the same. 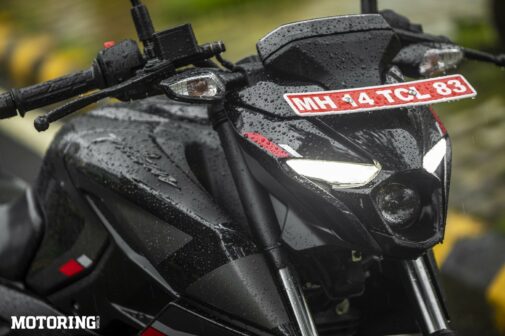 Before I get to that bit, let me quickly take you through the things the N160 has to flaunt. At first glance, it is very easy to mistake it for the N250, which is a good thing, very much actually. It is a very striking design — I mean, why criticise a bike for looking good? Yes, the decal work is a bit of an overkill, but otherwise, I am very much liking how it looks. The bikini fairing that houses the projector headlamp, the signature Pulsar tail lamp, the substantial-looking fuel tank with cuts and creases at all the right places and the engine belly, all contribute to giving the bike an imposing appeal. 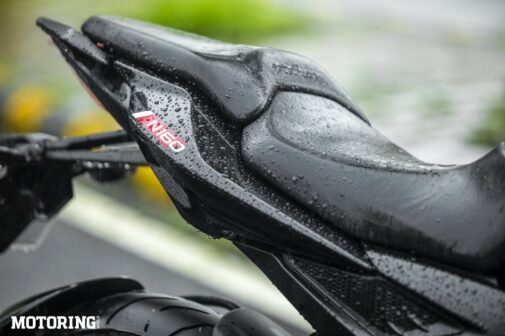 Even the meter console has been directly lifted from the 250s. The bezel-less instrumentation looks good, which houses an analogue tacho in the centre and is accompanied by a digital unit and other tell-tale lights. That’s not all, it’s the same case regarding the cycle parts and other mechanical bits. Built on the same tubular frame and swingarm design, the N160 gets the chunky telescopic forks at the front and monoshock at the rear. Even the tyre sizes are the same, with 100/80 section at the front and 130/70 section at the rear, maintaining the beefy stance. 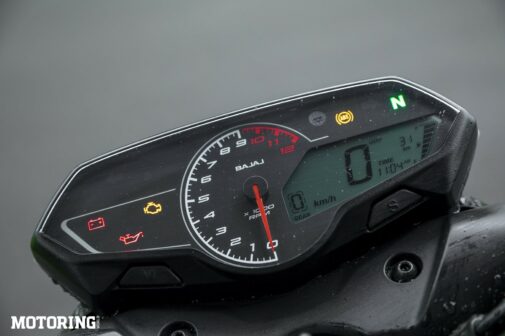 The N160’s riding stance comes across to be familiar right away as if you’ve been riding it for a long time. The palms and feet rest naturally on the grips and pegs, respectively. The seating is upright enough, while the slightly rear-set footpegs and wide-enough handlebar deliver a near-perfect stance to throw the bike around. The ergonomics and weight distribution make it an excellent handler. It’s not a fake sense of confidence this bike gives you — but a real one. The MRF Nylogrip tyres have a big role to play in this, but you can always feel the N160’s cycle parts working hard but in an alliance. The bike transitions from one corner to another without any drama to complain about. The N160 remains unfazed by whatever you try to throw at it. Brake hard into corners of different types and shapes, and even then the bike doesn’t lose its composure. 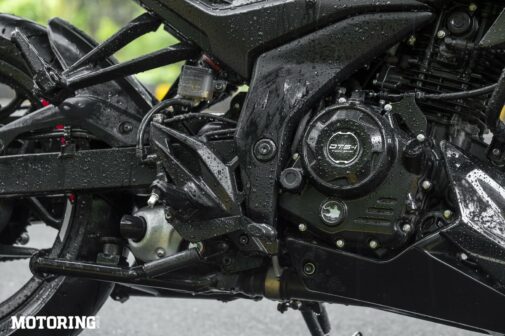 It is always a rewarding feeling when a motorcycle does better than what you expect it to. Given that the N160 comes with a 165cc motor that makes 16 bhp, slotting it between the TVS Apache and Suzuki Gixxer, I wasn’t expecting much from the motor. The good thing is, it plays the role of a good handling motorcycle really well. 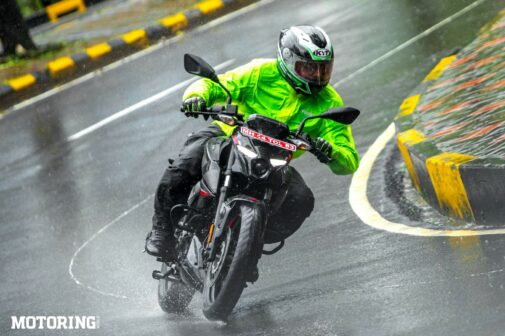 But does that mean there is no oomph in store from the motor? Not at all, gas it through the cogs and it still manages to breach into triple-digit territory with ease. And at the same time, the motor has excellent tractability, making the city ride experience fun-packed. Overall, the motor is a pretty smooth performer, with a mild inclination to buzziness felt up at the redline. The gearbox is a slick unit, slotting into cogs with finesse in all possible scenarios. 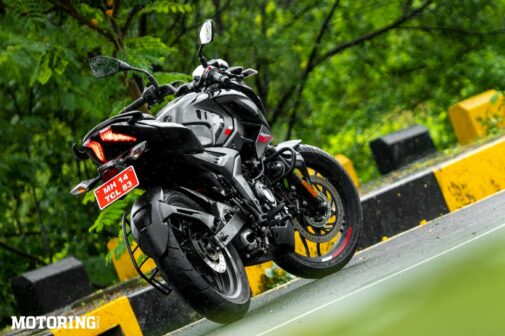 At Rs 1.27 lakh (ex-showroom, Delhi), the N160 is without any doubt a great buy. For that price, you get one of the coolest names in motorcycles, an excellent handling package, and a refined and efficient mill, all packed into a good-looking motorcycle. For a 160cc street bike, it all comes together in offering a fun and engaging motorcycle to ride. Come rain or sunshine, I’m looking forward to riding it again and some more.