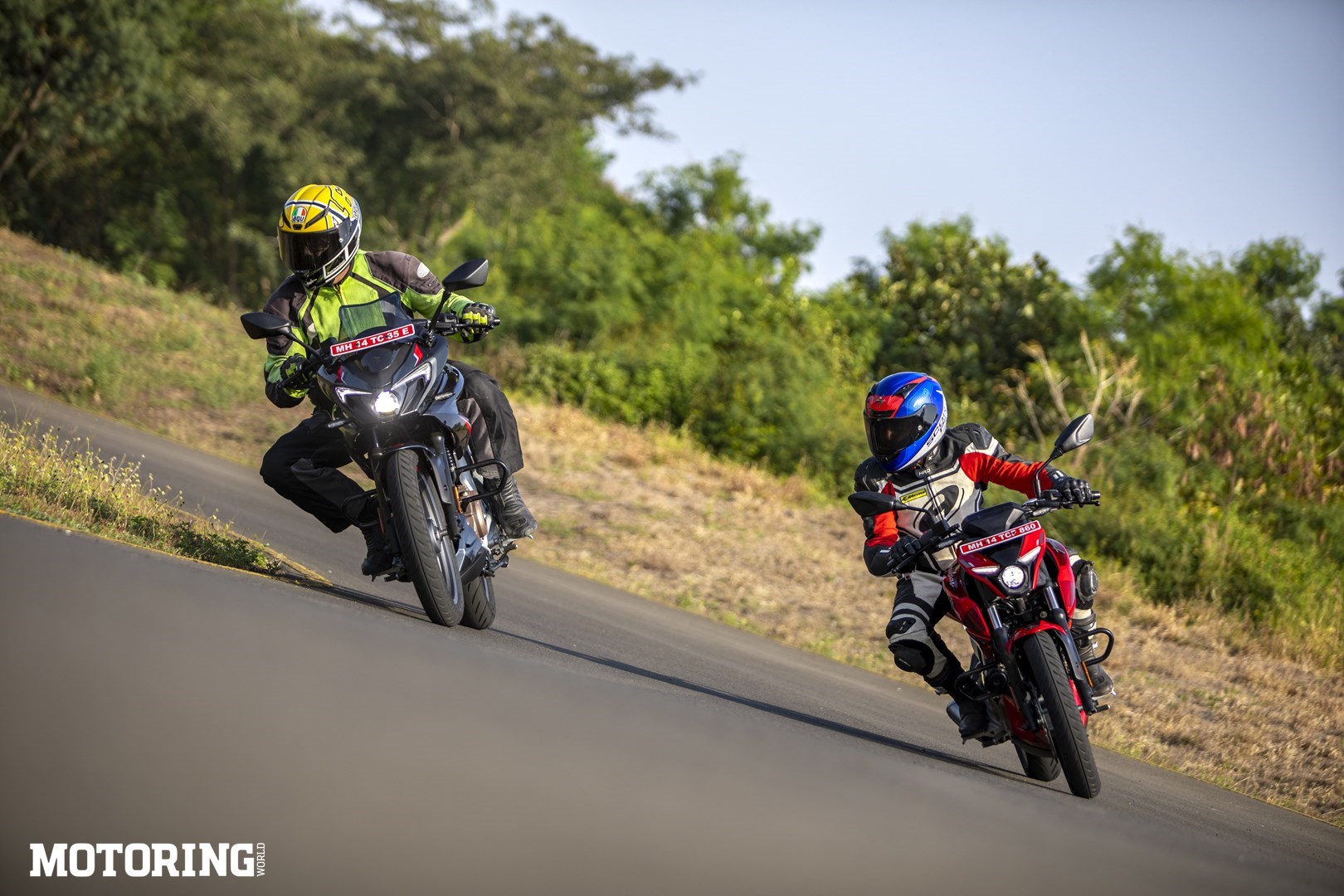 What are these?
The beginning of a new generation. The first two of the more to come. These two motorcycles here mark a major milestone in Bajaj Auto’s timeline and the continuation of their much loved Pulsar lineage. The Pulsar when introduced wasn’t just a motorcycle, but an event that’s responsible for the firm’s identity change, from a scooter manufacturer to a motorcycle one. A meaty, masculine, fast, agile and power-packed motorcycle that was an instant hit. Everyone wanted one. From college-going teenagers to working professionals to the family guys, the Pulsar lived up to fulfil it all. And with that, after 20 years and with several iterations of the Pulsar in both axes, here are the newest and the biggest Pulsars ever — the N250 and the F250. 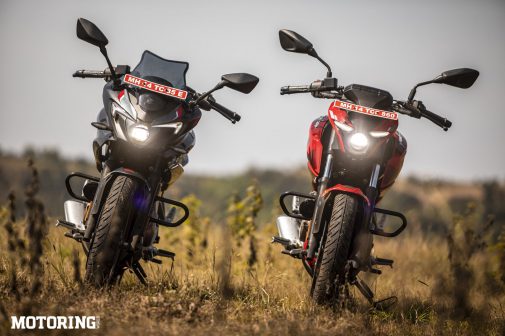 They have been built from the ground up, which means they are all-new motorcycles that carry nothing from the predecessor but everything that defines the Pulsar image. Which is fantastic because the new Pulsars are back to being those fun-to-ride motorcycles that pack the grunt, compact dimensions and the agility to cut through traffic like a hot knife through butter. In terms of looks, the N250 is a street naked that continues the original Pulsar’s legacy while the F250 is a semi-faired one that will carry the baton ahead from the P220. 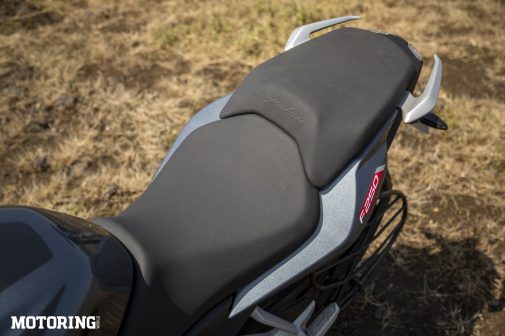 Both the bikes get LED-projector headlamps with similar yet different designs for the DRLs. The revised tail lamp still conveys the message loud and clear that you are following a Pulsar, without a doubt. Next is the new ‘infinity display’ instrumentation that really looks and feels upmarket. I personally like that Bajaj stuck with a physical needle for the rev-counter instead of a digital one. There’s a USB port at the front of the fuel tank, which might be convenient to access but would have been better off on the handlebar. 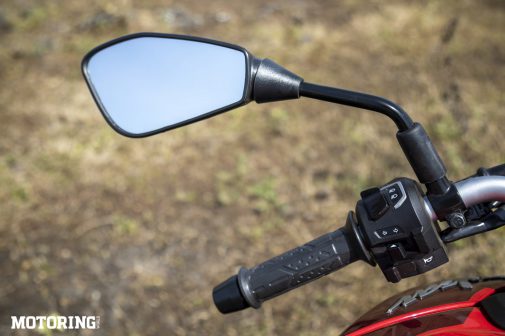 Speaking of handlebars, the N250 gets a single-piece low handlebar that looks and feels really good. So good that I have a strong feeling it is going to be the choice of the many café racer projects to come. The F250, on the other hand, gets cast handlebars similar to those on the P220 which aren’t that appealing. Besides that, the overall styling on both the bikes feels modern with its floating body panels yet feel in sync with the lines of the Pulsar. However, both the bikes feature a rather heavy decal job that hides the actual lines of the bike and makes it look somewhat gaudy. I would have preferred a rather clean look, with few decal accents at most. 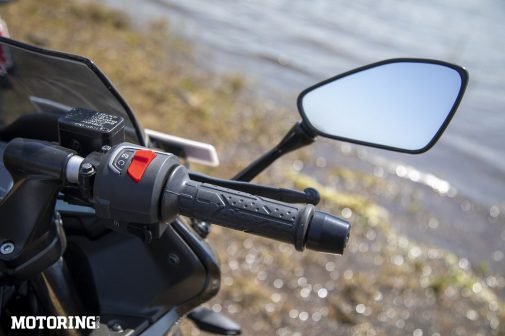 Whom are these for?
For all these boomers who once owned a Pulsar and want to relive that joy and excitement to anyone who wants to experience what a Pulsar actually is. All this comes with lots of refinement, new technology, a much better machine overall ensuring nothing but a good experience with it. While the N250 belongs to the street where the Pulsar was born, the F250 is for those who tour a lot or intend to do so. 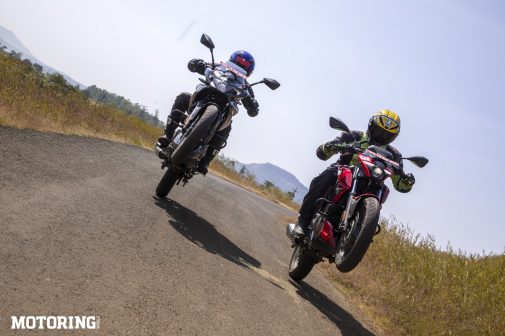 Do they handle?
Everything that a Pulsar could but a lot better. The new Pulsars feature a split-tubular chassis that is not only lighter but also slightly more rigid than the perimeter frame. I had always found the Pulsar to be a top-heavy motorcycle that required one to be cautious when tipping into corners or while taking U-turns. All of that is however a thing of the past as the new Pulsars are extremely agile thanks to a lower centre of gravity. You sit more into the motorcycle as a part of it rather than being on top of it. The overall compact dimensions help to hold the motorcycle better which further aids while cornering. The riding triangle is mostly upright with slightly rear-set ‘pegs. The different handlebar configurations offer slightly different stances, a mild aggressive one on the N250 and a slightly sportier one on the F250. All of this falls right in place when riding the Pulsars, whether it is carving through winding roads or cutting through traffic. The weight distribution is near 50:50 which helps keep the bikes well-balanced around corners. The suspension setup isn’t too forgiving nor is it too stiff, it strikes a correct balance of the two providing a responsive and planted feel while being comfortable enough to iron out the road undulations with finesse. 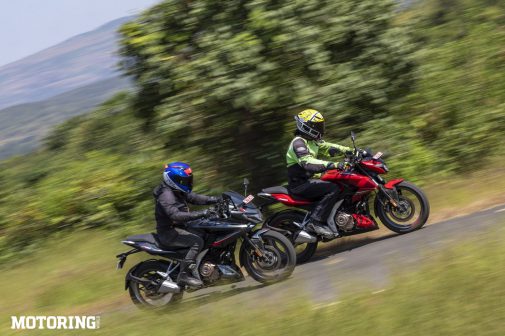 Bajaj has shifted from ByBre brakes to new Grimeca ones with the new Pulsars. While these anchors don’t disappoint in terms of brake bite, they do lack by a few notches when it comes to feel. But the saving grace to that comes from the fantastic MRF tyres that offer oodles of grip. What’s also worth mentioning is that Bajaj hasn’t played with wider tyre profiles to fulfil that wide stance but stuck to what is needed and what was correct for the motorcycles. The bikes come with a 100/80 section tyre at the front and a 130/70 section tyre at the rear, both rolling on 17-inch wheels which look similar to the NS but are a kilogram lighter. The acute turn-in paired with the shorter wheelbase and better weight distribution makes the Pulsars a delight to attack corners with minimal effort.

How fast are they?
The Pulsar was all about low- and mid-range torque, and I am happy to say that this character which is missing in the previous iterations of the Pulsar has been brought back with the 250s. The additional 49cc doesn’t contribute to making more power, it remains exactly the same at 24.16 bhp but torque is now more at 2.19 kgm. These figures are now achieved 1000 rpm and 1500 rpm earlier, respectively, which provides the Pulsars with the meat of the powerband where it matters the most. Also, the motor gets a 5-speed ‘box that is super slick and with gear ratios that have been matched well allowing one to exploit the full potential of the engine while being comfortable for highway cruising. Given the time I got to spend riding the motorcycle and the availability of open roads, I managed to clock a top speed of about 112 kph on the few occasions that I got. 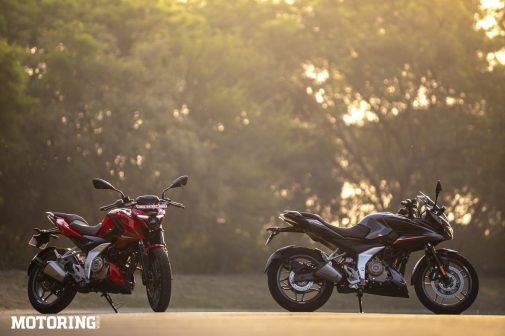 Are they fun?
You bet! These bikes are true Pulsars in every form and feel, and that makes the whole experience worthwhile. Bajaj has managed to recapture what the Pulsar name represented and improved the entire experience with lots of refinement, better balance, and performance. What started out as a motorcycle that signified the ‘definitely male’ tagline has evolved to become a mature one with lots of learnings in the bag that has made it more defined, powerful, smarter and more agile. And this is only the start of what more the Pulsars will have to offer in the future.