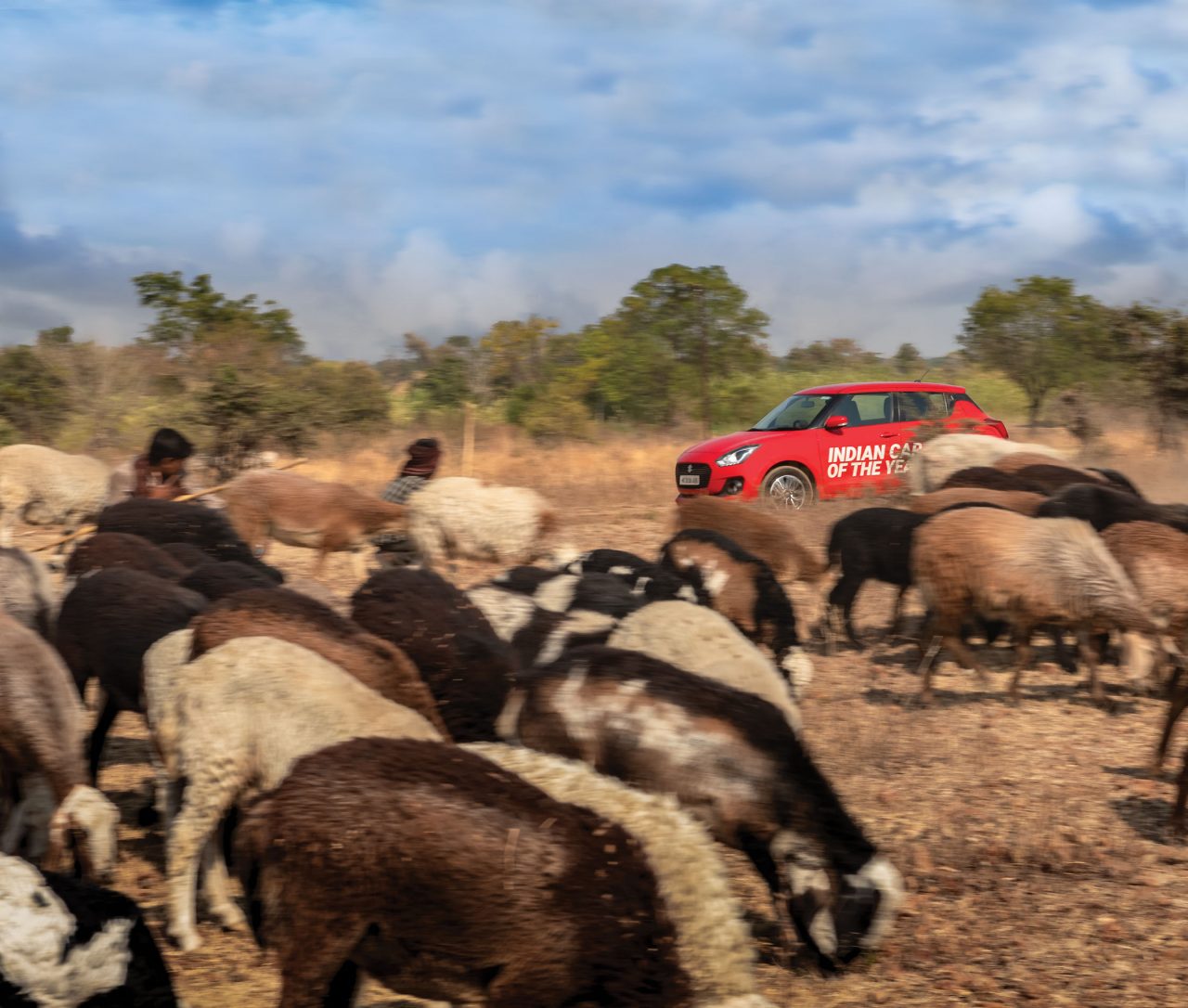 The Maruti Suzuki Swift happens to be the car with which the Indian market welcomed the idea of premium hatchbacks. More than 20 lakh units of the car have been sold in the Indian market itself, so as you can see it’s a fairly important car in the Indian automotive context. So important that it’s managed to win the Indian Car of the Year award thrice, over three generations. That’s effectively proving that it’s not a car that the market or its rivals would take lightly. 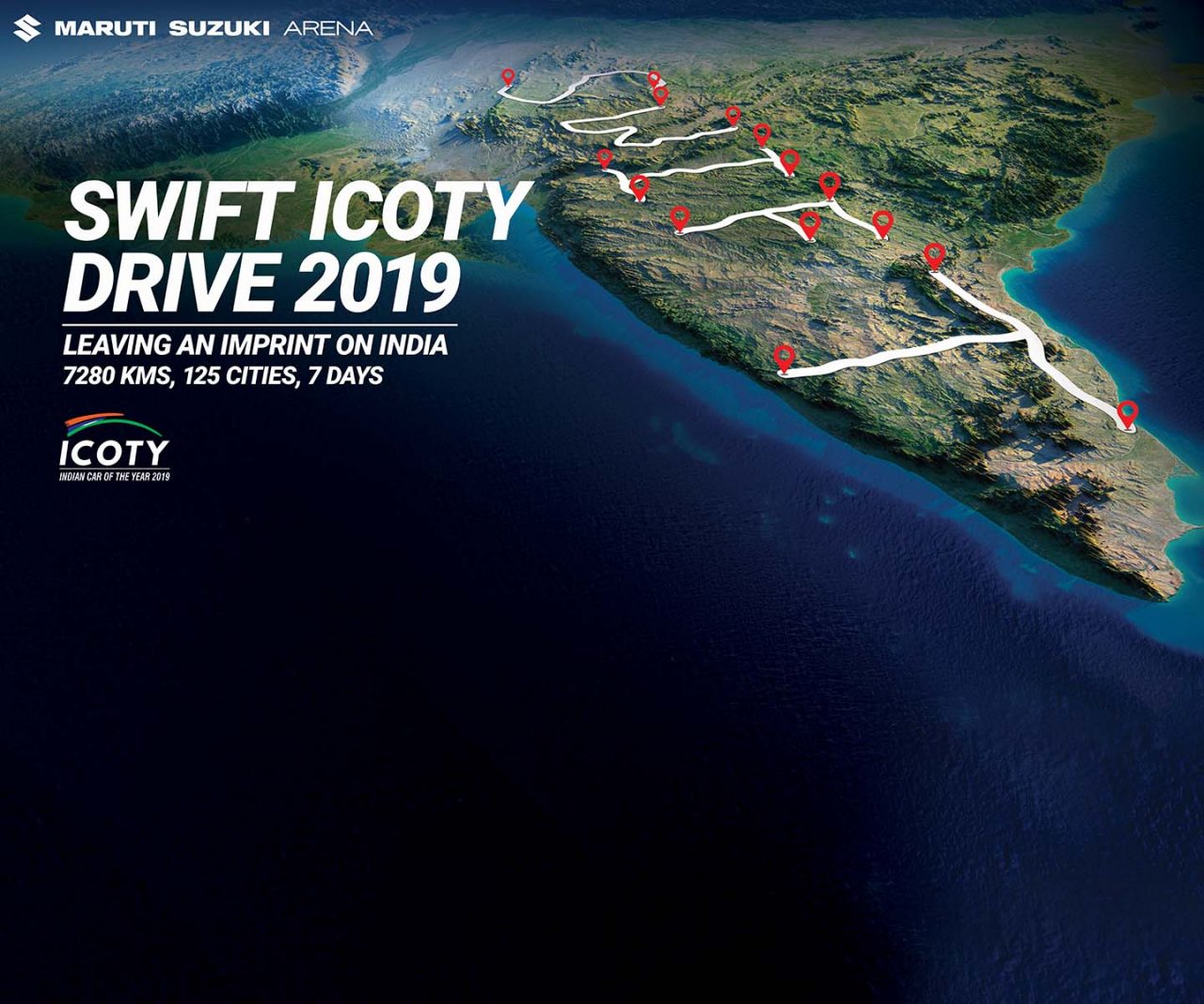 To celebrate the Swift’s inimitable success, Maruti Suzuki invited us on an innovative drive wherein it put the Swift on the Indian map, literally. Over the period of seven days, Swift cars fitted with GPS went on a predefined route — amounting to 7280 km of travel through 125 cities — and traced ‘SWIFT’ on the Indian map. Our contribution to this was on the Jalgaon-Aurangabad stretch, making a small bit of the ‘I’. But the drive, like the Swift itself, was anything but small. It just helped in showing how well the Swift caters to Indian needs. Considering that it’s offered globally, it goes on to prove the Swift’s versatility.

We started our journey in Jalgaon, Maharashtra. The little town is famous for banana plantations, and according to an international finding, if it were a country, Jalgaon would’ve become the seventh largest producer of bananas globally. But if one were to go looking for bananas inside the city, it’d be fairly difficult to find any, save for the fruit vendors. Because the produce, which is in high demand, is generally sold from outside the town and is ‘exported’ to other parts of the country. 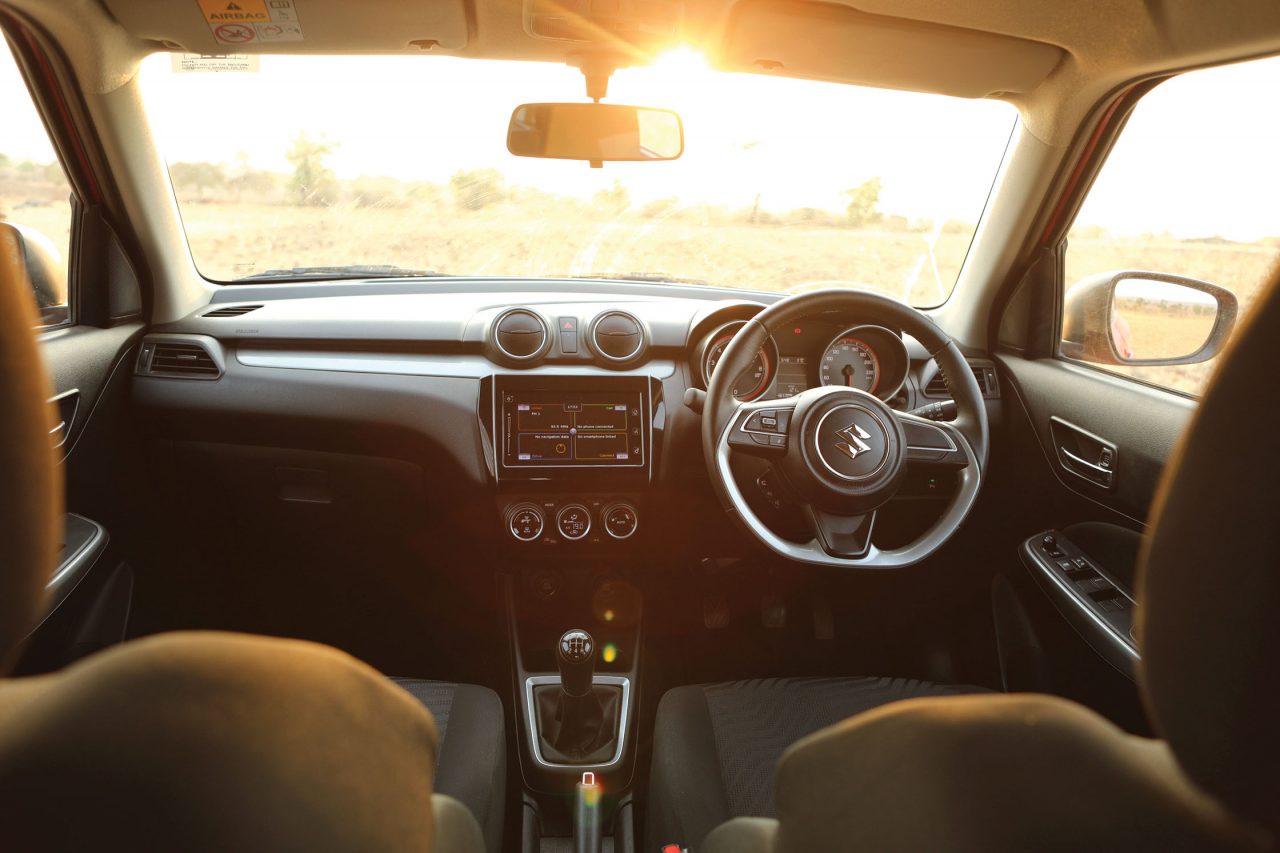 Our Swift, which proudly boasted an ‘Indian Car of the Year 2019’ decal on either side and an ‘I’ on the roof, had no issues tackling the busy traffic in Jalgaon. The 1.2-litre four-cylinder petrol engine is a treat, thanks to its peppy and responsive nature. And the capable chassis ensures zipping through traffic is exactly what the Swift was made for. But soon after that, we found our way on to the state road to Aurangabad. Lack of traffic meant the Swift could stretch its legs, and the roads didn’t bother at all. 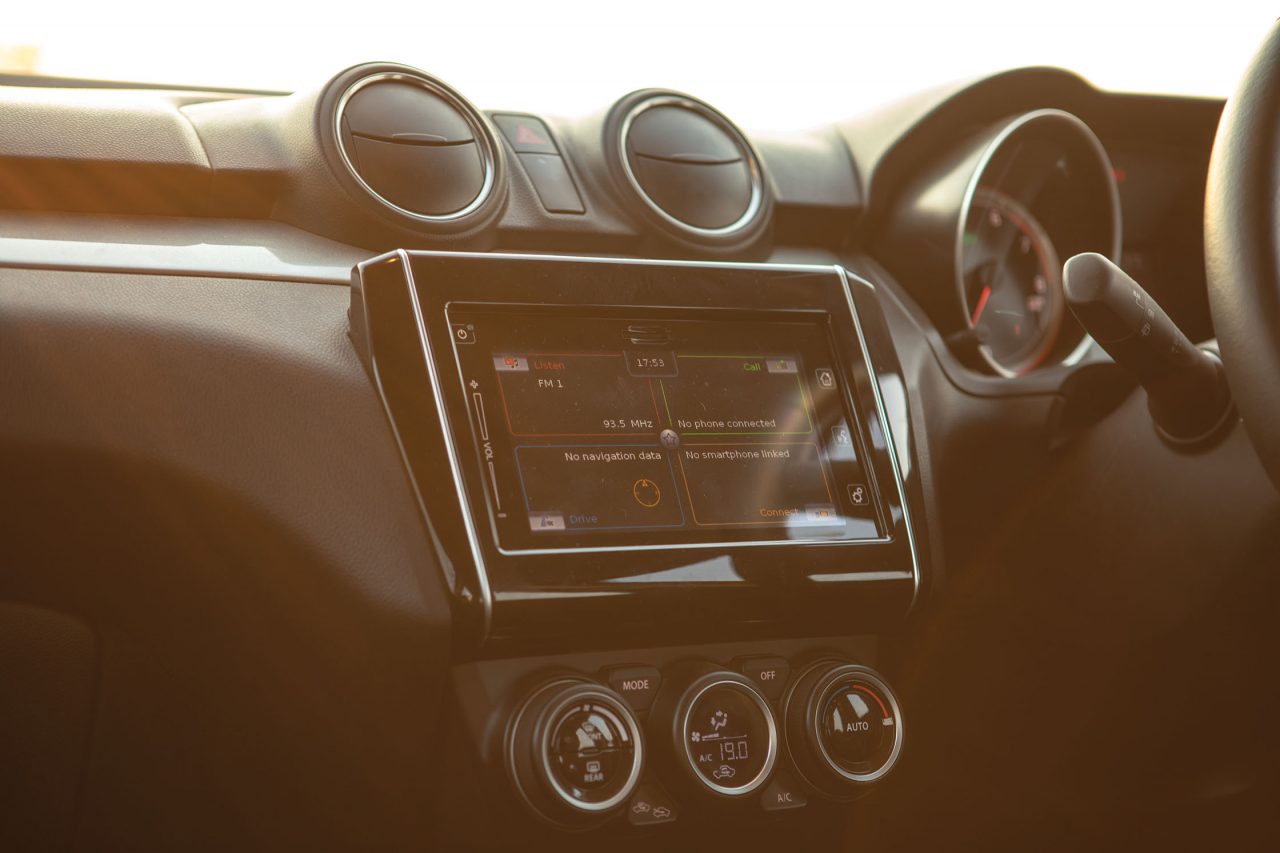 It might be winter elsewhere but on our leg, the sun was fairly strong. Thankfully the Swift’s AC didn’t just ensure that the cabin was pleasant but it also showed us why there’s such a widespread love for the car. And talking about the cabin, it’s a pretty nice place to be. The fit has consistently improved over time, but more importantly, with the presence of things like a nice connectivity-rich infotainment system, well-bolstered seats, and a flat-bottom steering wheel, the cabin is much more desirable than it’s ever been.

After a while, as we continued towards Aurangabad, the sun went down, and so did the road quality. With ongoing roadworks, it meant that the Swift had to deal with low visibility and bad roads. Powerful headlamps sort the former, but it’s the latter which can singlehandedly tell you why the Swift has worked for the Indian market. So while on great roads, the Swift was well-behaved and supple for the most part, on the bad roads, it tackles bad roads equally impeccably. A quick stopover for the night later, we found ourselves in Aurangabad. 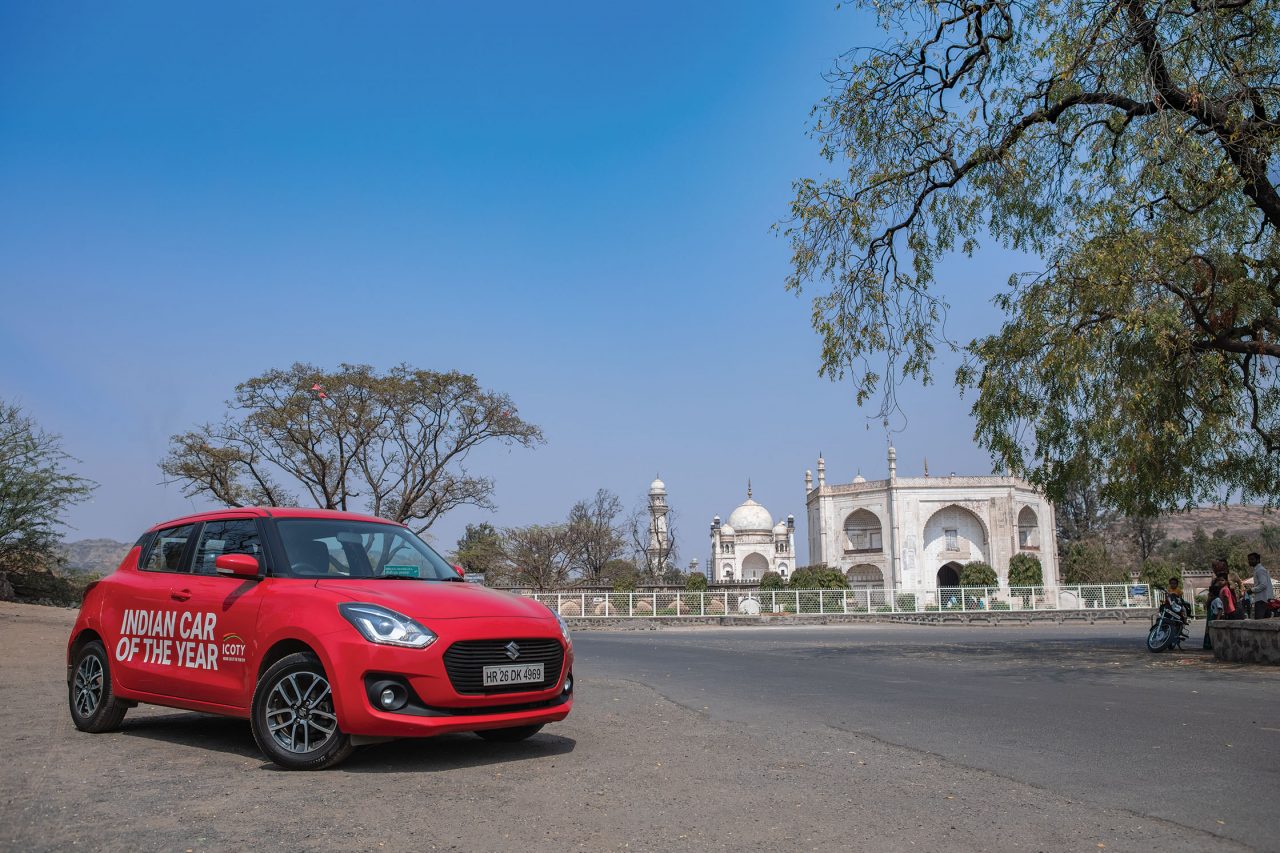 Home to the Ajanta and Ellora caves, Aurangabad also has rather interesting historic monuments like Bibi ka Maqbara and Panchakki. The former was made by Aurangzeb’s son in the memory of his mother and bears a strong resemblance to the Taj Mahal. Despite which it’s worth a visit. Panchakki, on the other hand, is a scientific marvel. It’s a flour mill run using the kinetic energy of flowing water. It was made about 300 years ago, and the compound also has a mosque, a 600-year-old Banyan tree, and even a cooled hall (thanks to the very same flowing water) for the pilgrims. 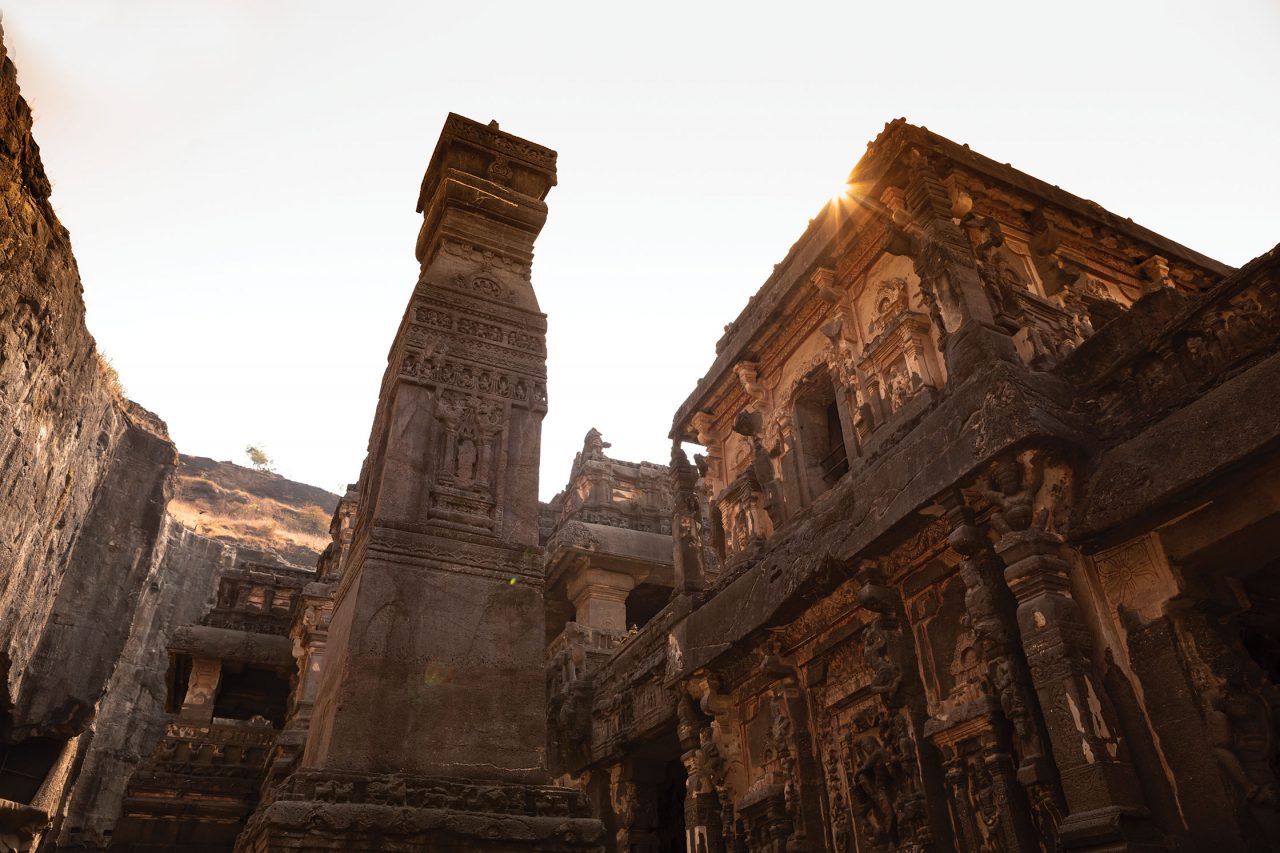 The all-new Swift that we have here is the third-generation model in India. The first-generation Swift was brought out in the mid-2000s, and as you must be aware it’s found its way to the record books as well. Apart from being a commercial success, it has made a few records, too: like in 2010, MSIL set a Guinness Record by organising a rally of 342 Swifts in Gurgaon. And now the latest feat of writing SWIFT across the map is not something a lot of people could have thought about. But then not a lot of people could make a car like the Swift, either. 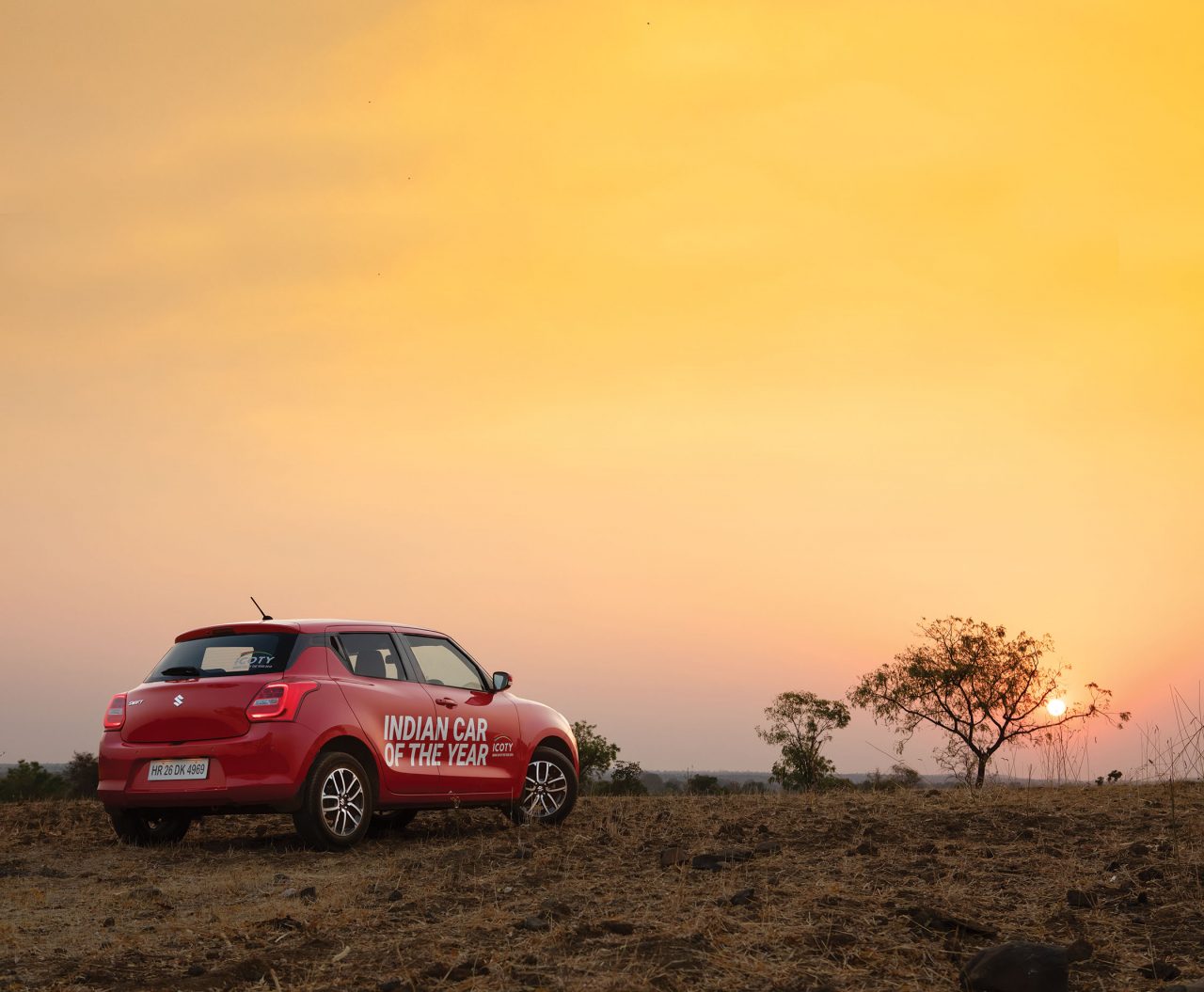