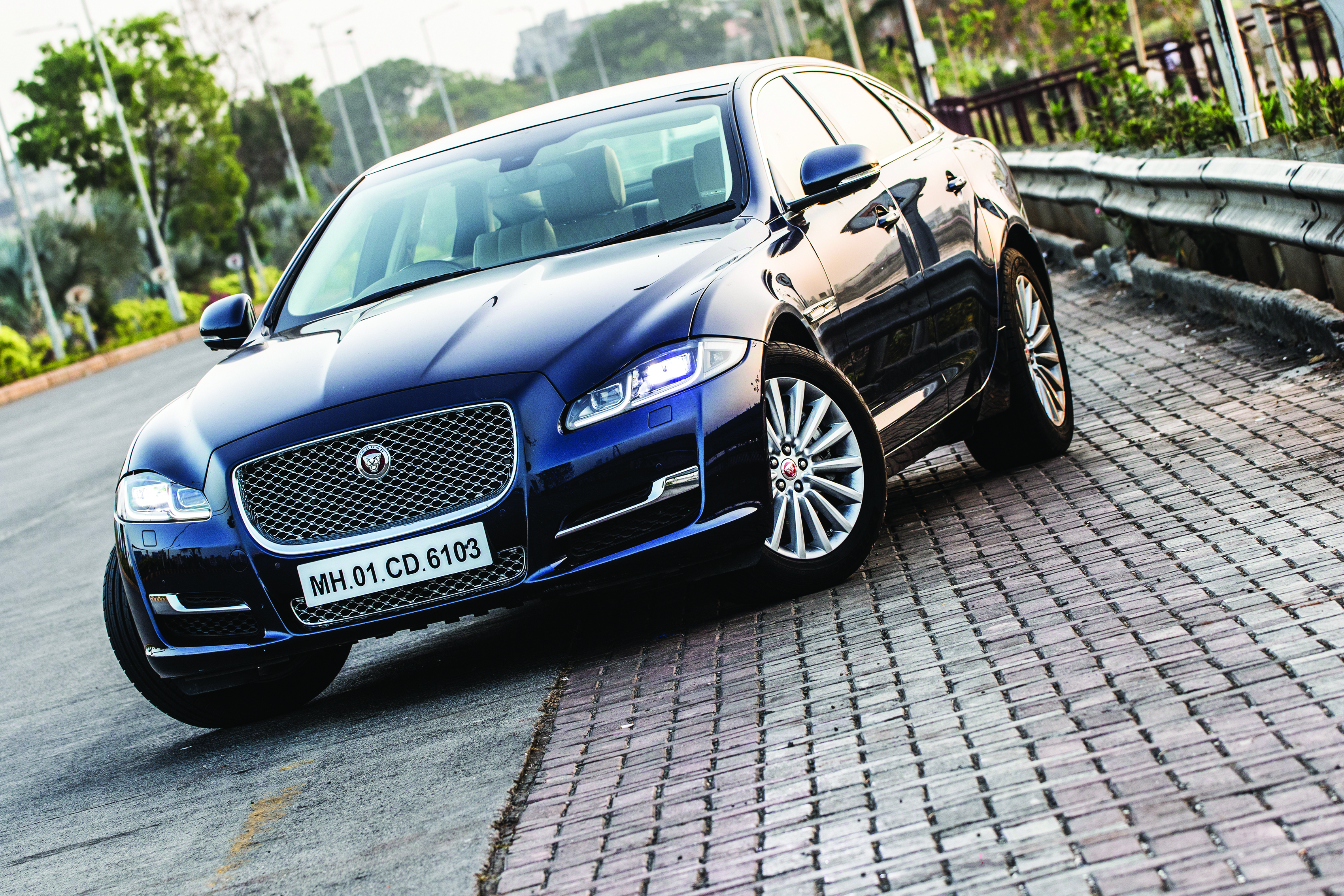 There’s a reason why the opening shot for this story has the dashboard and the road ahead in clear view. It’s simple, actually; the driver’s seat is the best seat in the Jaguar XJ L and that’s probably still the case. For starters, the rear seat is comfortable and spacious in its own right, but it’s more or less at par now with the new XF (that should come to India within the next 12 months) and it’s no patch for any of its German compatriots. Sure, you get folding personal screens, quilted massage and heated/cooled seats with adjustments for rake and height, individual climate control and even your own USB ports, all of which bode well for the XJ.

If some of the things you hear are new, it’s also because that’s what updates are for – to give you features they knew you’d want to have, but they’d rather wait till you crib about (the lack of them) and then offer an update at a much higher price. Which you probably knew, because you don’t hide under a rock in the information age.

Anyway, the other changes are pretty neat, too – you get the InControl Touch Pro infotainment system – similar to the XE but with higher degree of touch sensitivity. A 360-degree camera linked to the parking sensors and a panoramic sunroof. On the outside, the changes are limited to the LED headlamps, new ‘J Blade’ tail-lamps and the kind and a couple of flourishes on the grille and rear bumper. Enough to turn heads, going by the reaction of school children, young college-goers, executives and seniors.

Now that you know what’s new, let’s get on with why is it so much fun to drive. The 3.0-litre V6 diesel now produces extra horses, taking the power count up to nearly 300 bhp, converting it from peasant crusher to pheasant crusher! New eight-hole piezo injectors and a fine-tuned parallel turbocharging system with reduced friction is the reason why the XJ now makes all that extra power. Or so the press release insists.

The proof, though, is in the driving and it feels a bit quicker on the uptake. The 8-speed ZF gearbox still feels more than adequate for the job, while the revision from 19 to 18-inchers means there’s a bit more nose lift when you boot the throttle. It now does 0-100 kph in a claimed 6.2 seconds, though we could do no better than 6.45 seconds in our runs – still remarkable for a car weighing nearly two tonnes. The flipside to this is the brakes feel a touch inadequate at hauling the car down to a halt from three-digit speeds. Because the turbos spool quickly and the meat of the 71 kgm of torque is available from just 2000 rpm, inertia comes into play, also thanks to all that lard it’s got to shift around.

The other big change, and probably the biggest one in my humble opinion, is the shift to the electric steering. Some of you might remember Jaguar’s staunch refusal to let go of hydraulic units until they figured out how to balance weight and some feel with electric ones. At this point, I am happy to report that not only have Jaguar got it right (they did so even with the XE), both in terms of weight and feedback, they are probably now the best adopters of electric steering among the premium and luxury players – even better than bog-standard Porsches (as long as they don’t carry the GT moniker). And a significant chunk of the JLR board are fond of those lovely machines from Weissach, so they must be pretty chuffed to have beat them at it.

That said, the XJ’s handling is pretty neutral, the turn-in is swift and it changes direction pretty easily. I’d say that, not including the new BMW 7 Series (since we haven’t driven it in India yet), it’s got the best dynamic package of the lot. Ride quality wasn’t an issue at all even with the 19s, so the shift to 18s with higher-profile tyres has made it even better. Pliancy is good, but I find the suspension a touch too noisy for my liking.

There’s little else to fault with the Jaguar XJ – this model update making good on most of its flaws. But the truth is, this sector is filled with cars that are newer, are more technology laden and offer more space. What Jaguar has done with the XJ is to give it a fighting chance despite the presence of heavyweights – enough to keep it in the reckoning for the next two years when the new XJ shows its face. It’s a car that’s still best enjoyed from the driver’s seat than the rear and sometimes, even at Rs 1.05 crore, ex-showroom, Maharashtra, it’s a USP that should have enough takers.