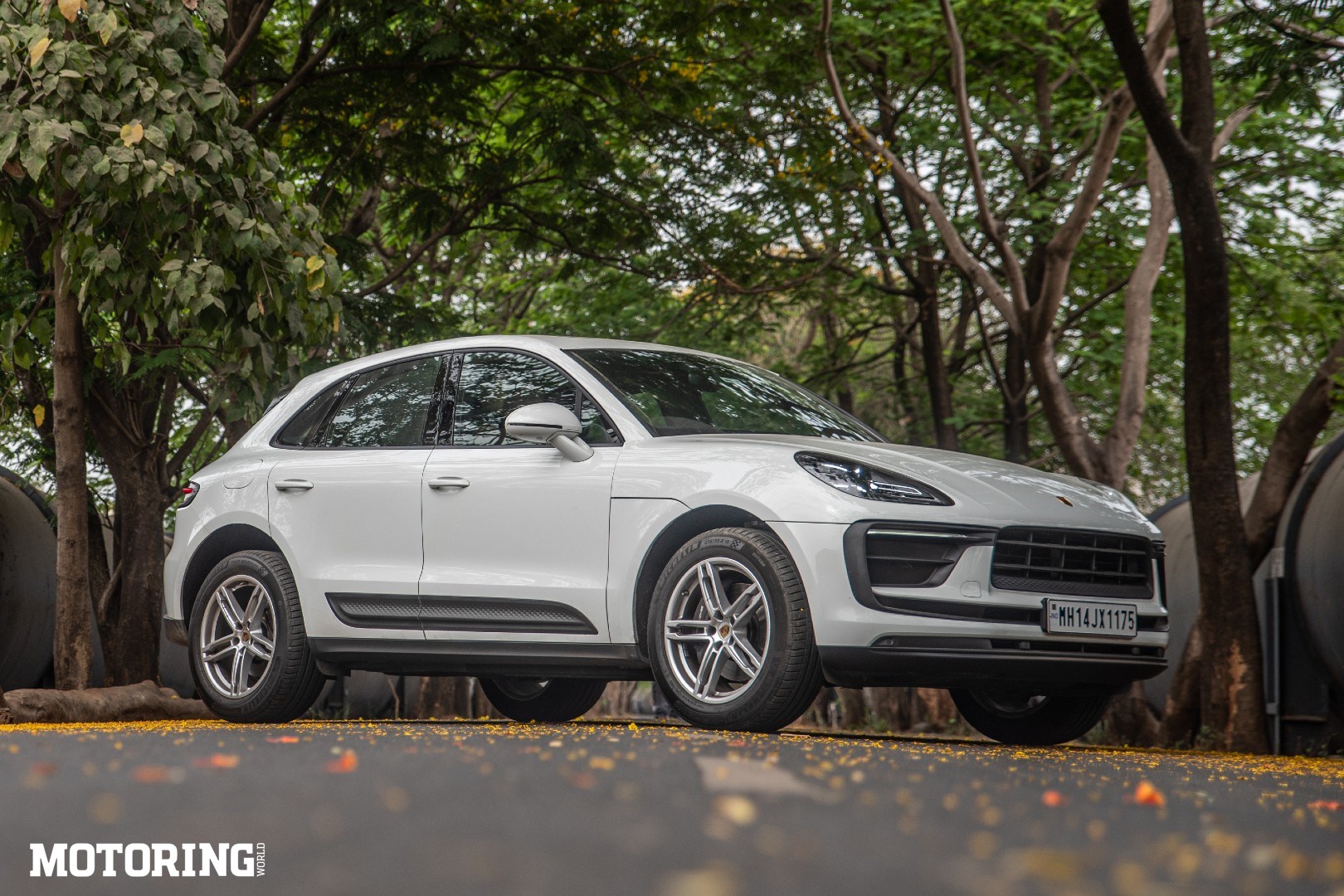 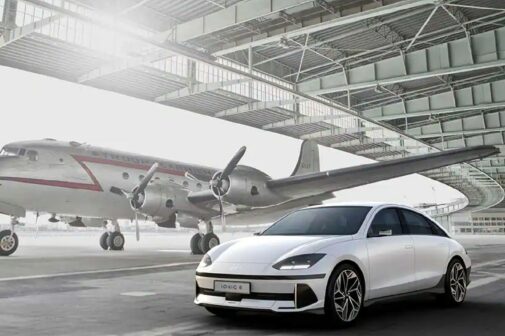 Let me start by saying I’m an absolute Porsche fanboy. I used to be one of those guys who would get offended when people joked about the 911 being a VW Beetle, and I whined and when the brand started making SUVs. I’ve grown a bit since then, recognising that if Porsche needs to sell SUVs to make the cars that enthusiasts like, it’s an amicable compromise. So, it was with some trepidation that I took the keys to the Porsche Macan facelift that arrived in India late last year. 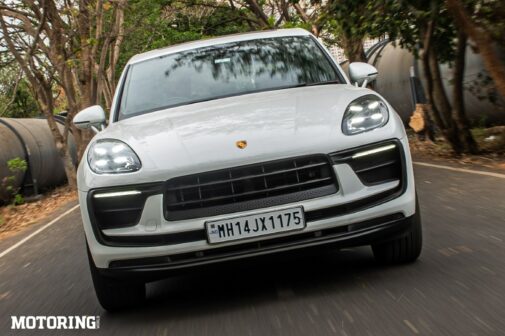 That pictures don’t do the Macan justice is the first thing that pops into my mind as I look at Porsche’s baby SUV in the flesh. Even in this simple white paint shade, the Macan oozes Porsche appeal, melding sleek lines with brawny musculature with an elegance that’s rarely seen. Design-wise, not all that much has changed from the pre-facelift model, and you still get the desirable clam-shell bonnet. A closer (much closer) look will reveal new details such as the revised front bumpers, the conjoined ‘tiger claw’ air vents, the new grille, and the new LED headlights. 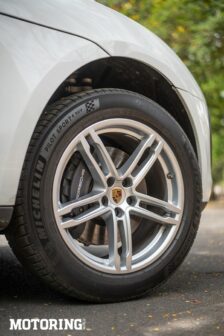 The new 19-inch alloys, shod in chunky 255/50 Michelin Pilot Sport tyres, along with the new 3D pattern on the black door panels, definitely add to the sporty aesthetic. That long LED light bar and large exhaust ports at the rear are unmistakably Porsche. Overall, the relatively compact dimensions somehow accentuate the beefy, low-slung stance, making the Macan unequivocally a Porsche, at least aesthetically. 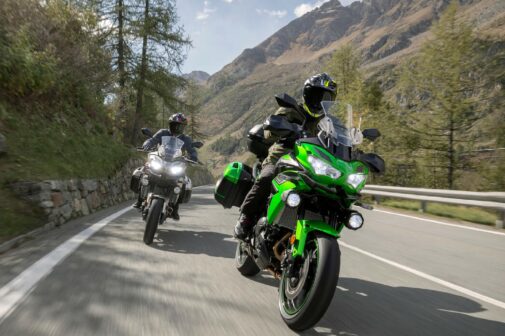 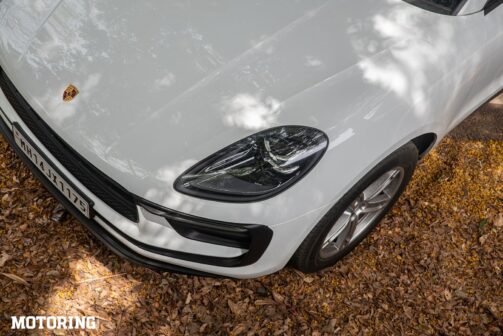 This is true about the interior as well. While the pre-facelift model had a slightly button-heavy style, the Macan facelift has a cleaner, less cluttered look. There’s a large touch panel with haptic buttons in the centre console that can access most functions, but the HVAC settings still get dedicated buttons, which adds a bit of analogue in an overtly digital world. The front seats are well-bolstered and quite supportive, even when there’s lateral movement. It’s a shame that the rear seats are a bit cramped, though they are well-cushioned for two. 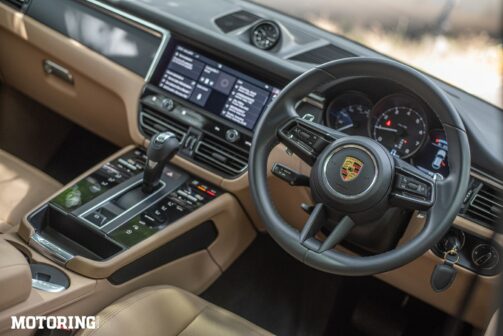 The 10.9-inch touchscreen infotainment system, with Porsche’s updated software, is easy to use and slick besides. The instrument cluster is classic Porsche fare — there’s a big analogue tachometer in the centre, flanked by an analogue speedometer on the left, and a quite informative and very clear multi-info display. I have to admit that the black and white analogue clock above the infotainment screen is my favourite bit on the inside of the Macan. It suits the cabin’s all-black theme, though some might want to spec the Macan with different colours, which will cost a pretty penny. 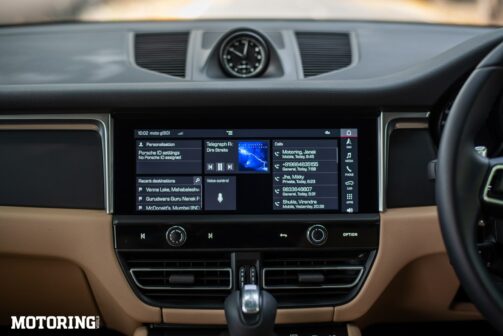 However, as far as standard equipment goes, the Macan isn’t among the best kitted out. In fact, at the Rs 83.21 lakh, ex-showroom, India, price tag, the lack of certain equipment — such as ventilated seats, wireless Android Auto and the like — is a bit disappointing, and even the panoramic sunroof is a Rs 1.67 lakh extra. Sure, comfort features are not why most would buy a Porsche, but I’m still puzzled by this, especially when compared to some of its (much more affordable) rivals in the segment. Still, the quality of materials used and the overall finish are absolutely brilliant. 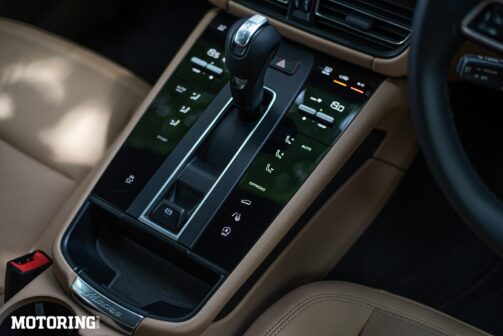 This entry-level Macan is powered by a 2.0-litre four-cylinder turbo-petrol engine making 261 bhp and 40.79 kgm of peak torque, which is a bit more than what you get in the Audi Q5 that is, incidentally, powered by the same engine. It definitely feels stronger, more fiery, and more Porsche. The brand claims a 0-100 kph time of 6.4 seconds, and the way the Macan accelerates leaves no doubt about that figure. You get a pretty strong shove all the way till about 180 kph, after which it’ll still push until the 230 kph mark. 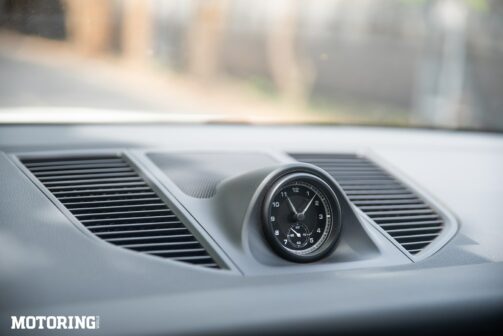 Unlike most of its turbocharged ilk, the Macan’s 2.0-litre unit is quite rev happy all the way to its 6800 rpm redline, and the feeling of joy is enhanced significantly by the superbly calibrated 7-speed dual-clutch automatic gearbox. It’s a delightfully engaging auto ‘box, and is especially gratifying when you use the paddle shifters. The excellent all-wheel-drive system also helps tremendously in this regard, transferring power to the front wheels whenever it’s required to achieve the maximum amount of forward motion. 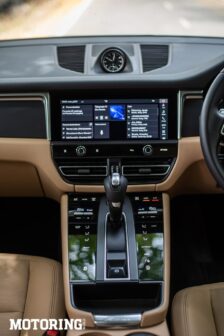 Despite what seems like a high-strung nature, the engine and gearbox work beautifully at city speeds, and ambling about in traffic takes no effort. But the combination really shines when it’s asked to deliver some oomph, which it does with gusto. Engaging Sport mode is rewarding too, as, besides the gears and engine becoming sharper, the exhaust valves open up and you get a raspy note that eggs you on, along with some pops and crackles when you lift off the go pedal. 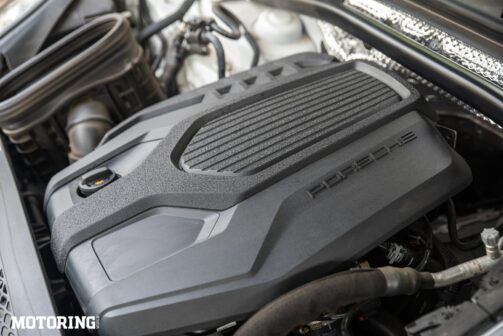 Still, this is a Porsche and the German brand doesn’t make its cars to cater to those who want outright speed. It’s winning that despite being an SUV, the Macan doesn’t handle like one. In fact, the way it moves is akin to a hatchback, albeit a slightly raised one. Even the likes of the BMW X3, which is as good as a midsize SUV gets in terms of driving dynamics, can’t compete with Porsche’s offering, putting the Macan in a league of its own. Everything — from the balance of the chassis and tune of the suspension to the steering feel and body control — is simply sublime. 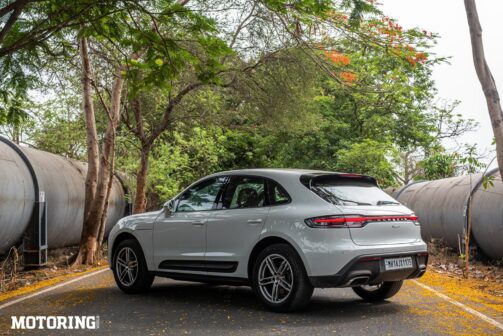 Yes, the suspension does feel a little busy over a rutted patch, and there is an inherent stiffness that makes itself felt, but none of that compares to just how capable the Macan feels when pushed hard into a set of twisties. You don’t miss the spectacular air suspension that comes standard on the Macan S and GTS models. The steering is a little on the heavier side, which can feel a little cumbersome in the city. On the other hand, that also translates to a confidence-inspiring heft at speed. For an electronic power steering, the level of feedback you get from it is impressive. 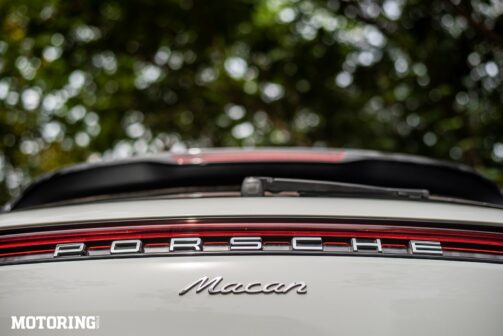 Grip levels are also astoundingly good because of the chunky and sticky Michelin Pilot Sport tyres, and the rear-biased AWD system. Understeer doesn’t set in unless you’ve over-pushed it, which is brilliant considering you’re hustling a nose-heavy 1.9-tonne SUV. The AWD system works without an issue in the off-road mode as well. Hit the button and you’ll immediately see the rear-biased system change to a 50:50 front-rear split on the MID. It isn’t in the same league as a Land Rover, but at the very least, you know that the Macan will be able to tackle some of the rough stuff you throw at it. And honestly, most owners aren’t going to be in the frame of mind to rough it out in a Macan. 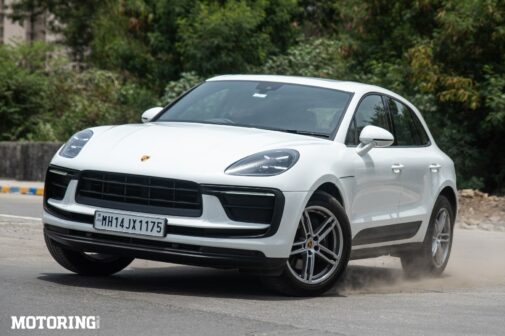 So, does the Macan earn that Porsche badge? The answer is a resounding (and unsurprising) ‘yes’. It behaves like one, it excites you like one, and it even turns heads like one. However, if you ask me if the Macan is worth the price, the ‘yes’ comes with some reservations. Space is at something of a premium, the level of equipment is at par with cheaper SUVs, and the knowledge that it shares a lot with other VW SUVs of the same size is a lot to swallow. I’d still recommend the Macan, however, if only for the sheer joy of driving one. 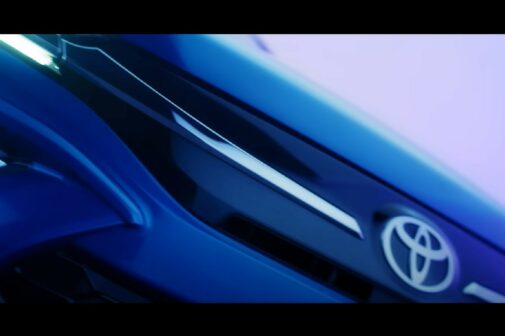 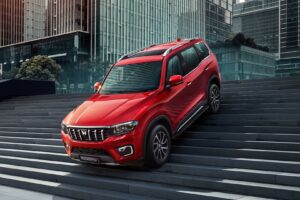 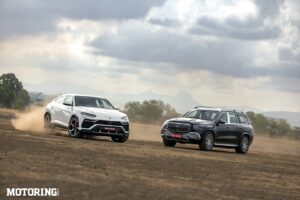 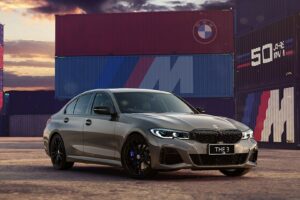 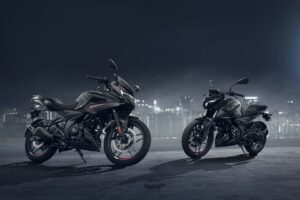