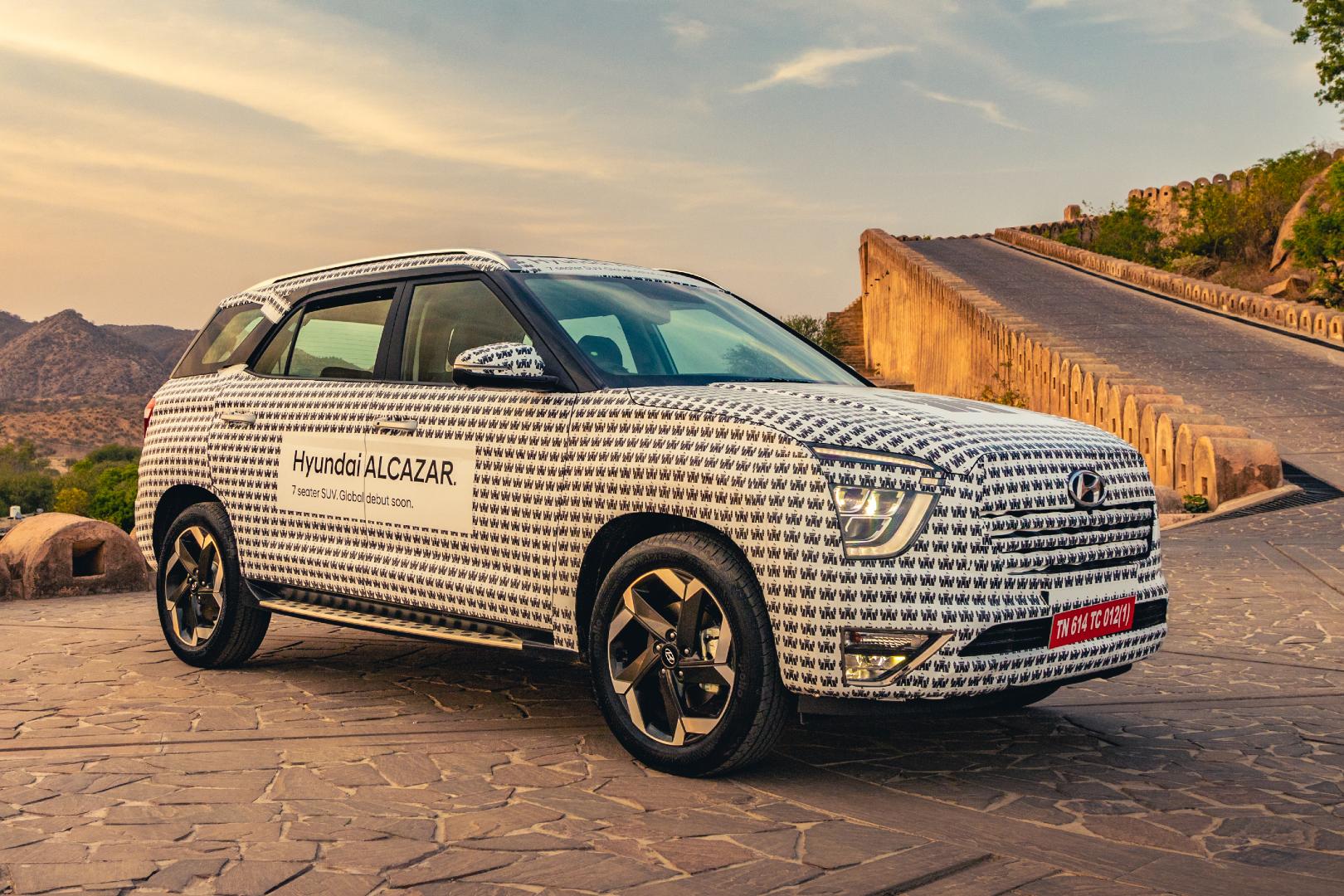 Ever since the Creta, Hyundai’s had a good run with their SUVs and the Alcazar is the latest to cement the Korean company’s position as India’s number one SUV maker. The six- and seven-seat SUV segment is becoming the next focus area for manufacturers, now that almost everyone has a foot in the compact SUV segment’s door. With a solid product like the Creta in its portfolio, it was only logical for Hyundai to rely on it for coming up with a bigger SUV. But is the Alcazar just a bigger Creta? Or is there more to it than that? 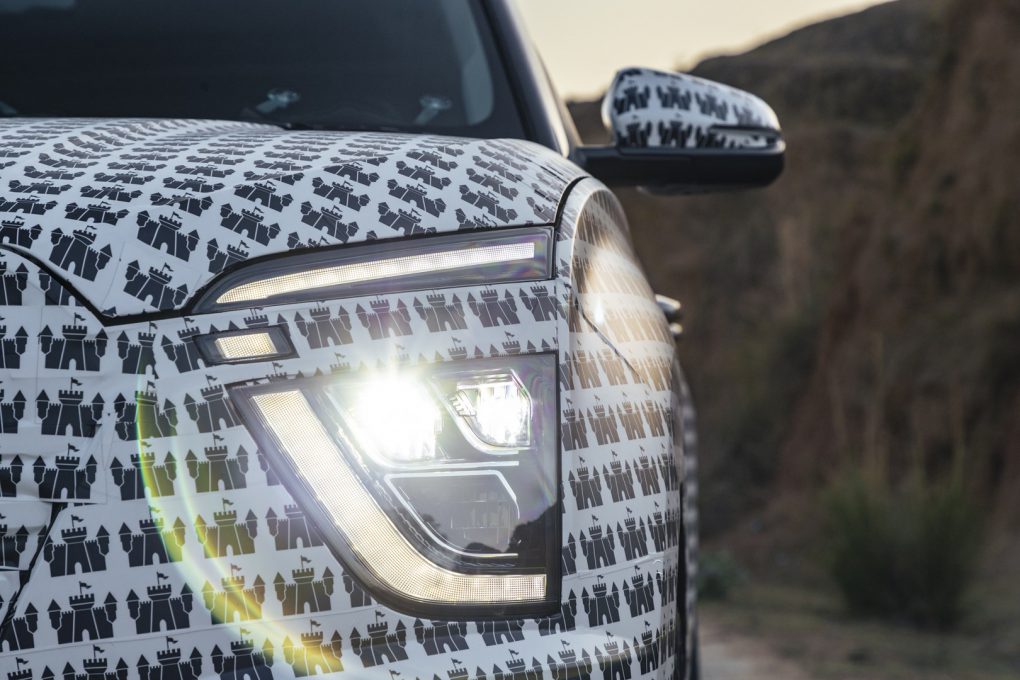 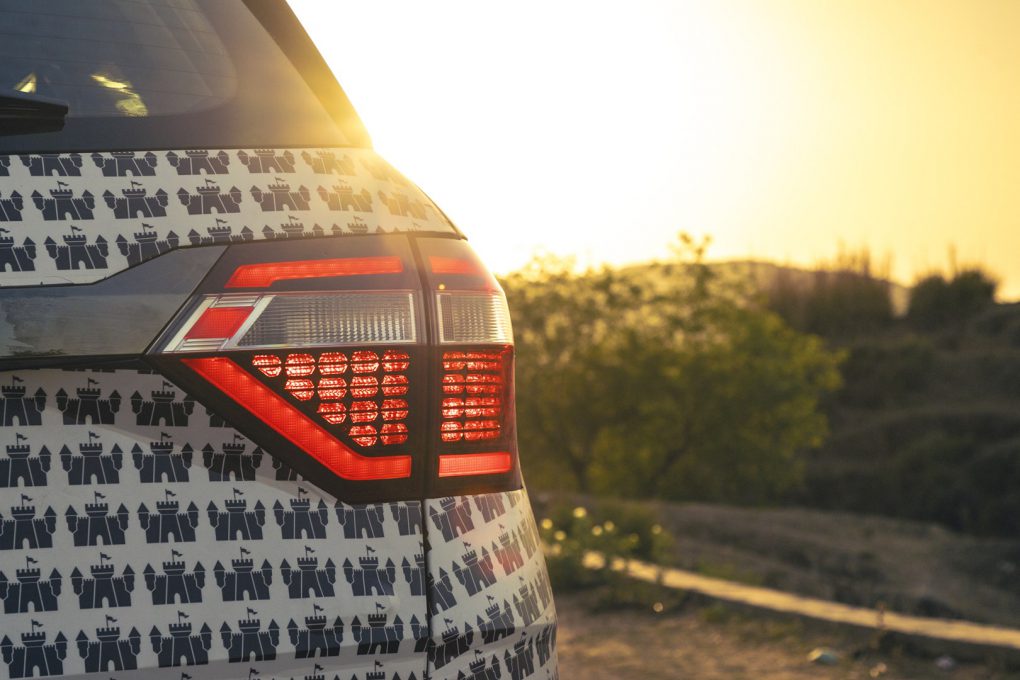 Well, it does share a lot with the Creta, both mechanically and visually. The family look is undeniable up front and you will need a keen eye to distinguish the Alcazar from the Creta. There are new design elements like the studded pattern grille, an updated bumper, and a decently prominent rear quarter glass to confirm it is not the Creta. The rear is completely different from the Creta, which is a good thing I feel, with wraparound tail-lamps and a faux brushed-aluminum skid plate. The 18-inch wheels are an upgrade from the Creta’s 17-inchers, adding to the SUV look. Hyundai could have done more to distinguish it from the Creta, but nonetheless the Alcazar has road presence and looks modern. 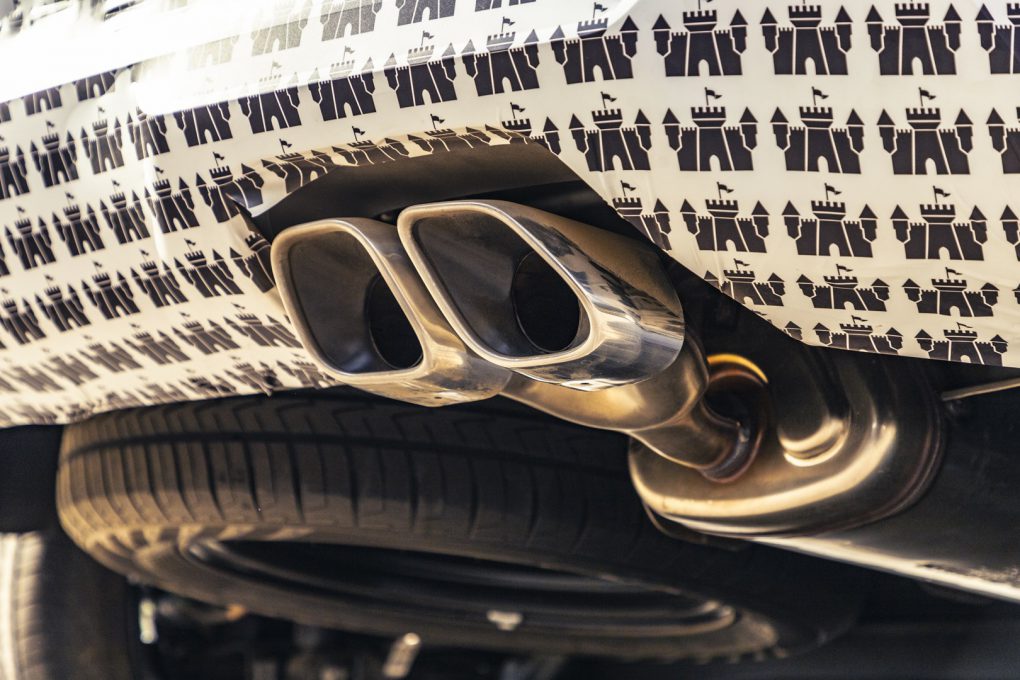 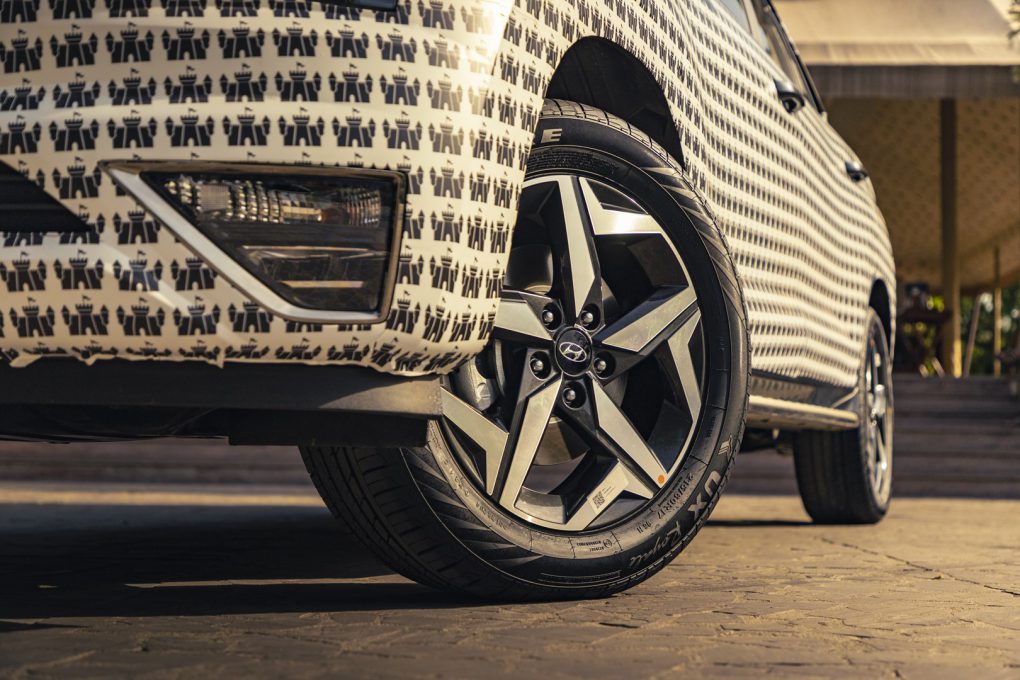 What is a definite upgrade over the Creta is the 2.0-litre petrol engine, borrowed from the Tucson/Elantra but tuned for the Alcazar, in which it makes 159 bhp and 19.1 kgm. I got to drive it for a really short time, but it did leave me wanting more. The engine feels sufficient for the Alcazar, is rev happy, and might be the pick of the lot for most buyers. The clutch on the 6-speed manual that we drove is light and easy. Hyundai has managed to hide the size and weight well, as the Alcazar does not feel like a big and heavy car to drive. There will be a diesel option, too, the trusted 1.5-litre motor with 115 bhp and 25 kgm from the Creta, which seems underpowered for the Alcazar on paper, but we’ll reserve our comments till we drive it. Both engines will get a 6-speed manual and 6-speed automatic gearbox options. 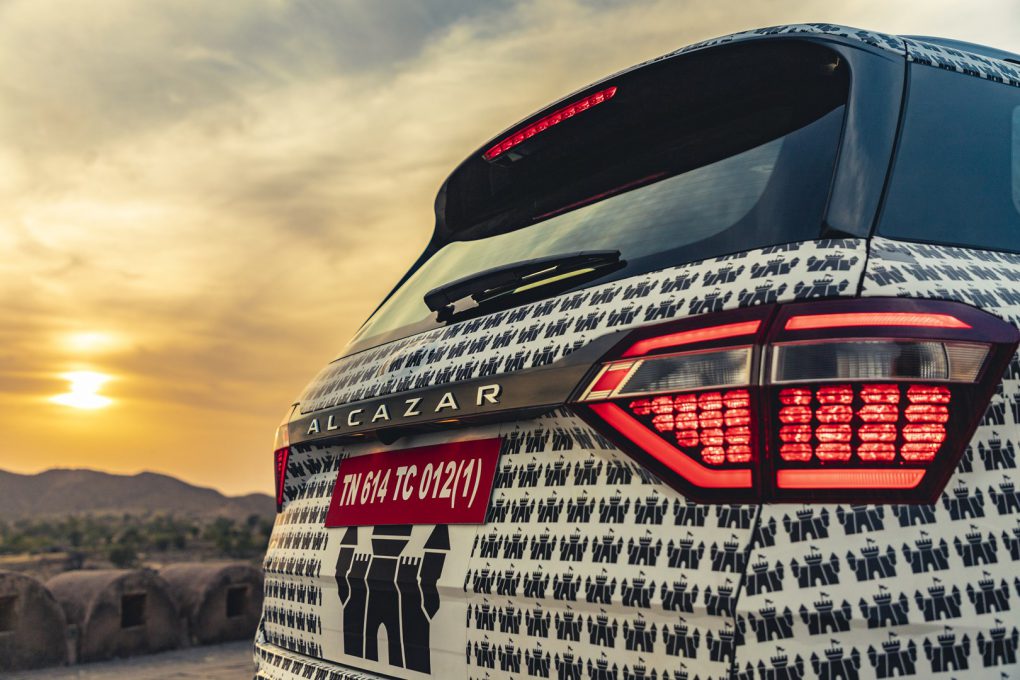 However, it’s the space inside that will be the deciding factor for someone considering the Alcazar. Despite using the same platform, Hyundai has managed to get an extra 150 mm for the wheelbase which means more legroom for passengers in the second and third rows, and gives the Alcazar an edge over the Tata Safari, MG Hector Plus and the current-generation Mahindra XUV 5OO. The Alcazar will have six-seat and seven-seat configurations, with captain seats and bench seats for the second row respectively. In the six-seat configuration, there is a fixed armrest console between the captain seats, which is a good touch. The second row will feature a single-touch tumble mechanism for easy access to the third row which also gets dedicated AC vents. With the third row up, there is a best-in-segment 180 litres of boot space available. Since we drove pre-production cars, it won’t be fair to talk much about the interiors and features, but expect a more premium space than the Creta with the usual bells and whistles we’ve come to expect of Hyundai – ventilated seats, a dual-tone interior, a panoramic sunroof, connected car tech, 360-degree camera, and so on. 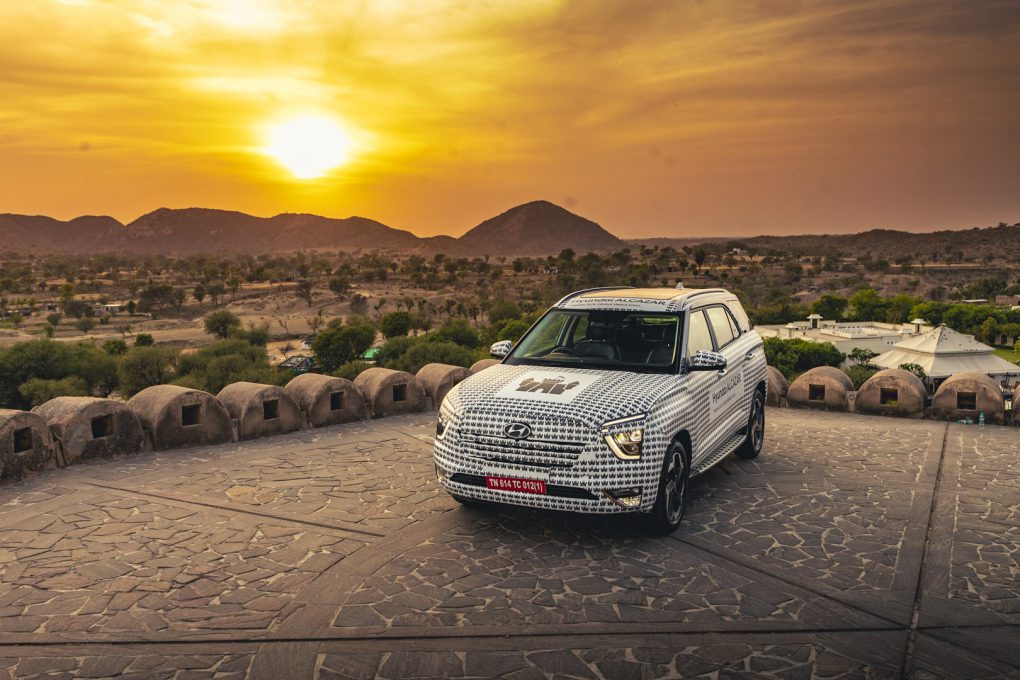 The Alcazar is expected to be unveiled by the end of April and Hyundai is aiming for deliveries to start by May, 2021. From what I saw, it is a true-blue Hyundai; it looks good, it has all the features its buyers will want, and it will be easy to maintain. Hyundai will price it competitively, we expect, with prices in the Rs 12 lakh to Rs 22 lakh (ex-showroom) range. Given its success in the SUV space, Hyundai will leave no stone unturned to make the Alcazar a winner as well. And I suppose time will tell whether its success will eat into the competition’s share or the Creta’s. 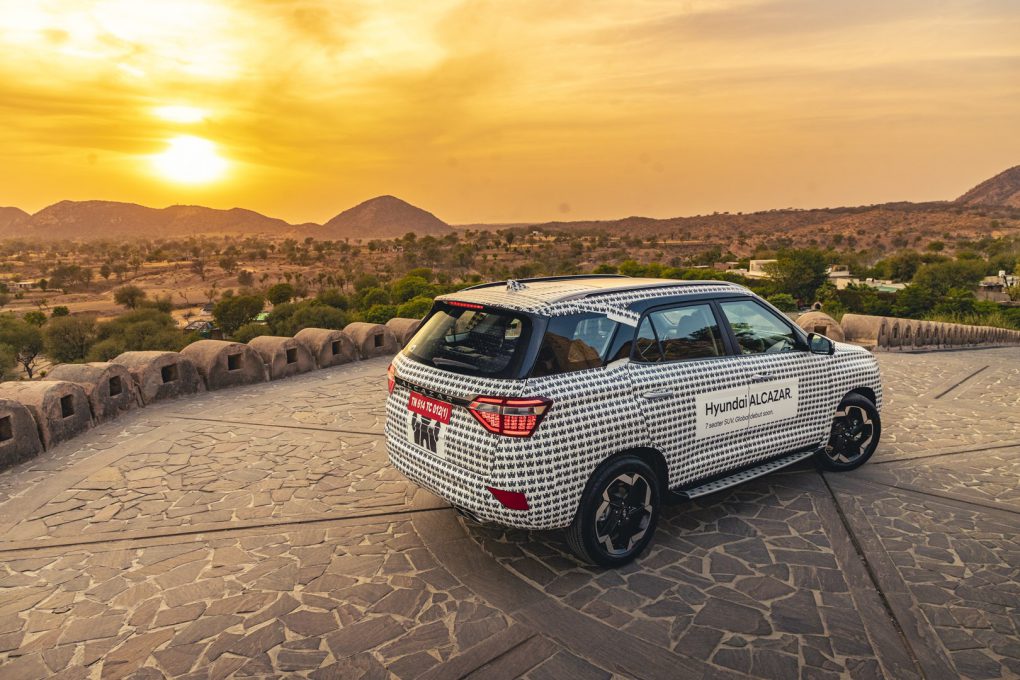