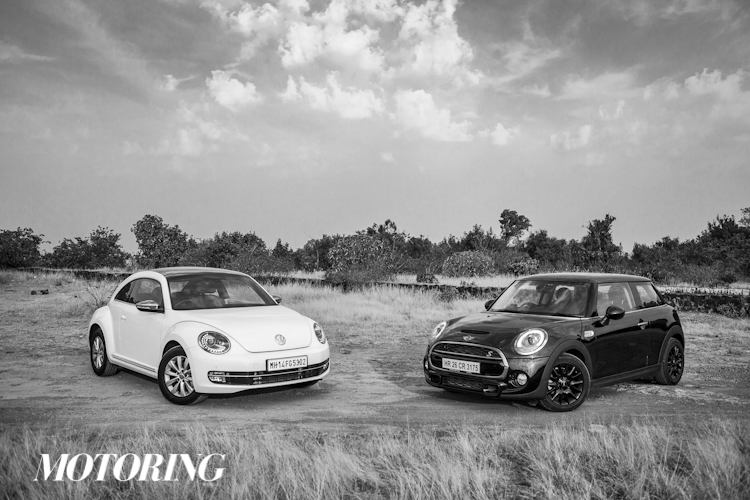 The horn pad is the most important safety device on a car in India. This ‘active’ safety device ensures that you enjoy right of way or the right to abuse, whatever floats your automotive boat. Using the one on the Mini Cooper S, especially once it’s festooned with the John Cooper Works pack is a thorough workout for your opposable digits. It’s a hard pad that requires more force than you might imagine at first; not the best way to get reacquainted with an  old friend.

It’s not the only one, though, in the field of modern retro-luxury hatches. The Fiat 500 Abarth puts up a brave fight, but it’s starting to feel a bit dated and the automated transmission really lets the feisty little car down. The new Volkswagen Beetle, however, is quite a credible rival. It’s got space, looks more masculine than its predecessor, has a decent motor and transmission, and seems practical, too. What’s more, it’s got a proper horn pad that requires very little effort. But what’s important to note is that both cars are cheeky and ever ready to be parking-lot hoonmobiles. There’s a match in the making, indeed!

Four things pretty much sum up the fate of a modern retro car: modern-day features, emission requirements, safety concerns and the sales-hit potential, which neatly abbreviates to MESS. It’s what robs these cars of their charm factor, highly unlike their original iterations. That translates into attempts by manufacturers to mitigate  the damage in the best  way possible.

The NEW new Beetle in that regard has tried to pull the car in a different direction. It’s lost some of its feminine touches to appeal to a much larger audience. The larger proportions, more swept-back front end and the wide tail end with the spoiler are aimed at the testosterone-filled set of buyers. Works? For many who saw both cars together, the gravitas of positive comments drifted in the Beetle’s direction. The Mini, for all it’s worth, is still an evolution of the last two ‘new’ Minis. Overall, on the basis of popular votes, the Beetle seems to tick more like boxes and scores one here.

HERBIE vs THE ITALIAN JOB
Spindly gear levers, steel dashboards, central speedos, bucket seats and radio if you really got lucky — that’s how sparse the original cars were.

What a radical departure the Beetle is not just from the original, but even from its predecessor. Gone is the test-tube flower vase; instead, the tyres now get flower markings, as we discovered. It’s very VW Jetta on the inside — lots of shiny black, high-quality plastics and a body-coloured panel across the length of the dashboard. The pseudo-metal finish even for the glovebox is possibly the only relevant detail that somehow harks back to the classic number. Everywhere else, it’s all a modern Volkswagen. The good thing is, it’s got lots of space for four persons and the boot isn’t half bad, either. Getting in and out is very easy and the controls are pretty easy to use, too. Trouble is, it just doesn’t feel special enough on the inside. Which the  Mini does.

The Mini no longer retains the speedo on centre console, surrounding the infotainment system, instead joining the tacho right in your line of sight. The toggle switches right below the infotainment system, the cupholders and even the general feel is all typically Mini. It’s got nice, body-hugging seats, too. Okay, so it feels a bit plasticky on the inside and it isn’t as comfortable as the Beetle for four, but heck, if these cars were all about practicality, then why would their designers really bother with the fancy exteriors? Full marks to the Mini on  this count. 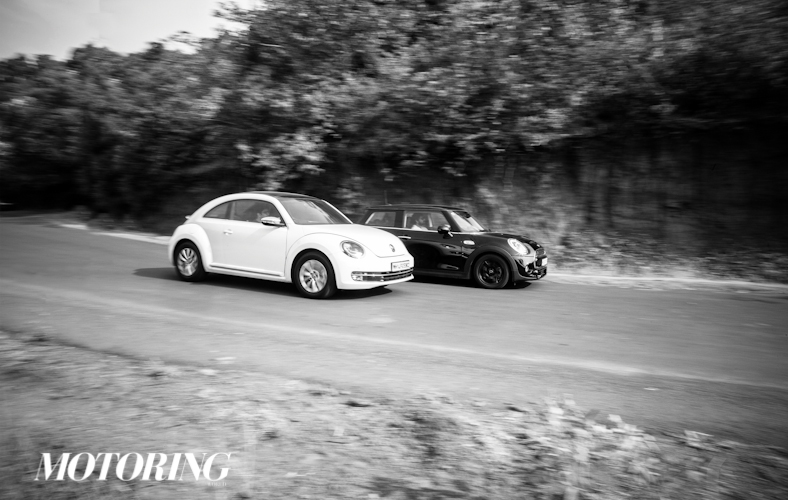 BAJA FIXTURE vs RALLY CHAMP
The Beetle’s success in many forms of motorsport overshadows the Mini, but that’s only because there is no logical explanation for it. Geddit?

The numbers say it’s 148 bhp vs 211-odd bhp, so you know where this is going instantly. The Mini literally flicks the Beetle on its backside on this count. Firstly, the Mini we had was a regular one with the JCW Tuning Pack. That means 20 additional ponies and enough reason to smile like the grinch. The run to 100 kph drops from 6.7 seconds to 5.9 seconds — which we managed to achieve with launch control engaged. What this car is, is rapid. It’s so rapid that it turns up behind unsuspecting cars with such turn of pace that they are never ever ready for you. Ever! The problem with this sort of configuration is that everyone tends to take the small car for granted, never once realising what a pocket rocket it really is. The only other non-supercar to leave me with that feeling was the Porsche Cayman GTS and that’s a huge compliment for a car that tiny. However, it’s not all doom and gloom for the Beetle.

For one, the new new Beetle is way quicker than that dull, lifeless 110-bhp, 2.0-litre petrol with an automatic gearbox from hell on the previous car. The 1.4 really has a lot of spunk — the 8.3 seconds to 100 kph doesn’t feel slow in isolation, but it’s just a bad day to have a Mini Cooper S JCW Tuning Pack around for company. The run up to 200 kph in the Mini is an event; in the Beetle, you actually have time to file your nails quite thoroughly before you hit that mark. The dual-clutch gearbox is pretty fast but a tad clunky in the first two gears. On the other hand, the 6-speed auto on the Mini is good by torque convertor standards. What I like are the crisp gearshifts and the next-to-no lag. The outcome of this round should be no surprise to anyone. 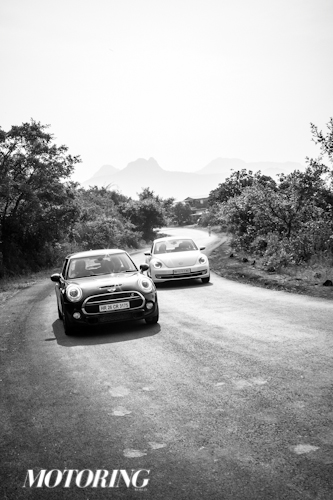 BACK TO FRONT or STAY IN FRONT?
It took until the new Beetle in the late ’90s to replace the rear-engined layout. The Mini has been the father of front-wheel-drive hatches since  its birth.

How important is ride quality on these cars? A lot. Their owners are either weekend warriors or those who want to make a point at Sunday brunches, Thursday kitty parties, Friday night parties… you get the drift. The Beetle’s cavernous interiors and soft ride are simply what most people want, but the Cooper S isn’t far behind, either. Unlike the previous avatar, this one doesn’t crash around or feel overly stiff. It rides with a firmer edge, but it’s hardly what you would call uncomfortable. The Beetle has a more magic-carpet-like ride after the Mini, but it’s all relative. It’s relaxed, unhurried and makes for a terrific urban car, whether to run to the market or simply to prove a point.

Its handling is neutral, too, with a certain degree of understeer and a dead steering for company. You get what I am hinting at — that’s what you get from such a machine. The Cooper S with its different driving modes, especially Sport, is a hyperactive puppy. When they said ‘go-kart’ handling, they meant it. There’s so much lateral grip that changing directions on a dime is a cakewalk for this tiny monster. The steering does have more weight and quite some feedback, too, although not as much as the last Cooper S. Yet, it’s just enough to isolate you from constant steering chatter, which can be a good thing. 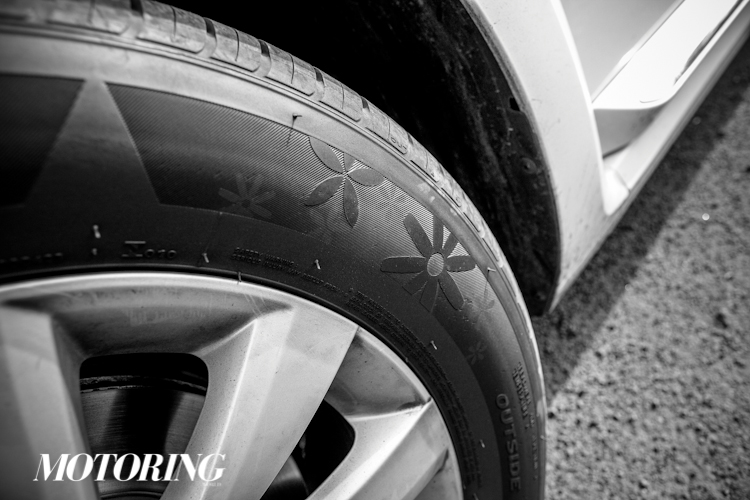 I WANNA GO HOME IN A…
Alec Issigonis vs Ferdinand Porsche. This one is  really tough.

… Mini Cooper S with the JCW pack. Forget the fact that you will pay a few lakh rupees extra over and above a regular Cooper S. It’s abso-effin-lutely worth it. Nothing is as fast and as nimble in a package that small. It also feels special, something the Beetle doesn’t really manage to be. Yes, more people will turn around when a Beetle passes by, but that joy is temporary. It’s comfortable, practical and very relaxed, but that means you compromise on character and depth – which you don’t with the Mini. Black, it is! 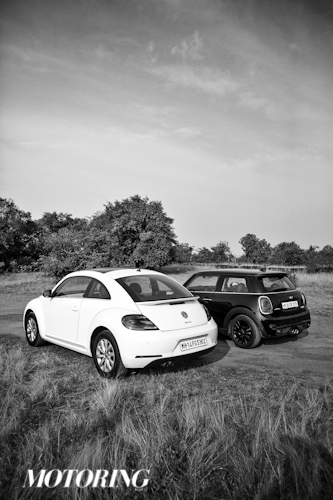