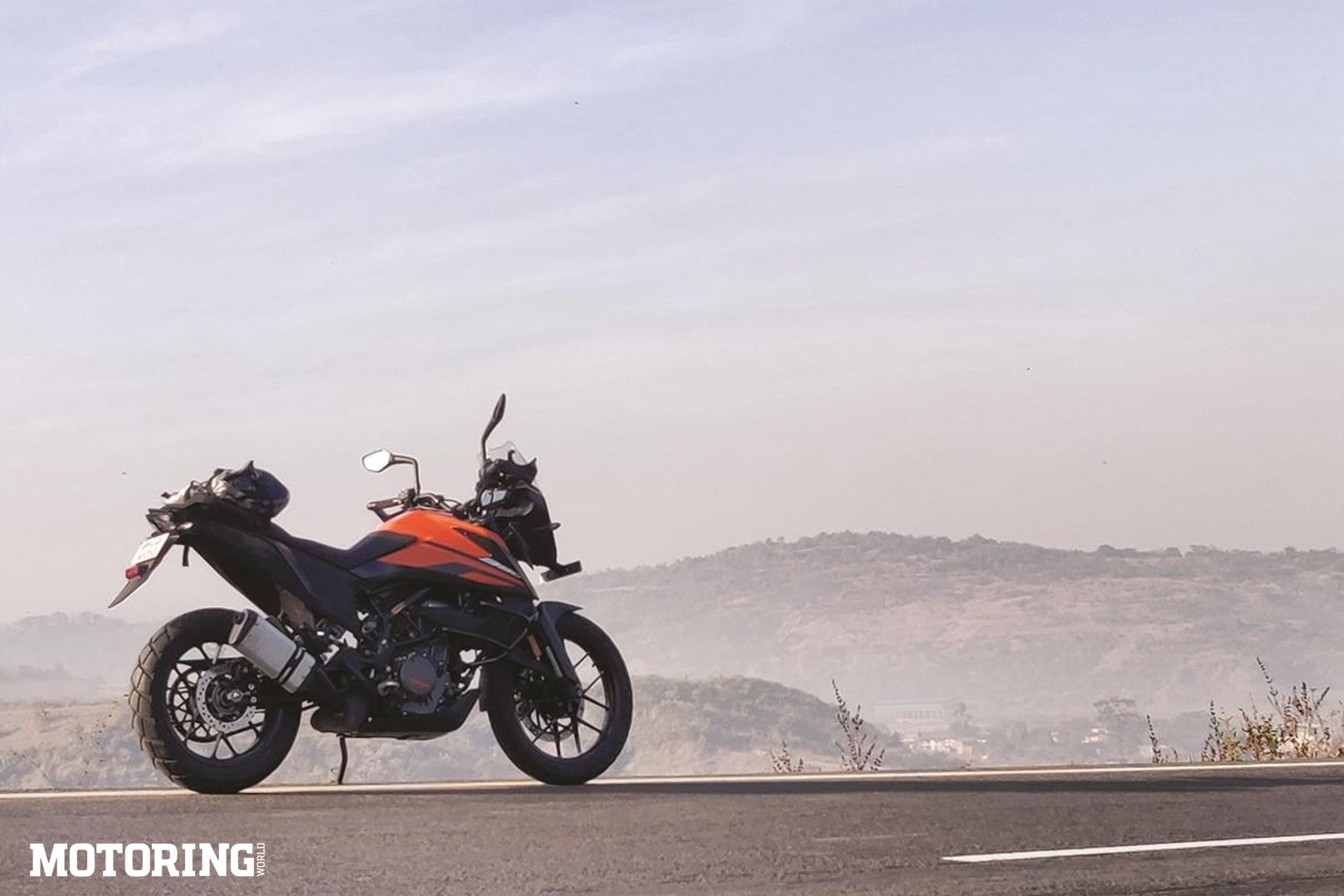 Lately, the 390 Adventure’s been getting out far more often than it used to. I suspect that its battery going flat launched me into regular morning rides. What’s more, after getting the battery charged, I couldn’t remember which way it went in, connected it the wrong way around — it was just the slightest of touches, too — and in a sharp and sparky moment, blew a fuse. Thankfully, there was a spare in the fuse box. And I was reminded to take photos of everything I attempt to take off the bike.

What’s more, some vandalous kids broke the two frilly plastic panels next to the headlight; it was no great worry, they cost Rs 160 each. Thankfully, those are the only problems I have to report. The bike needs only fuel, air, and healthy doses of chain lube to keep rolling along at an entertaining pace. I thought I’d get bored of it by now and start to think of mods, but the Adventure successfully bats away such thoughts on a daily basis.

At times, its onboard fuel-consumption readout showed up to 33 kpl, but tankful-to-tankful measurements showed a highest of 30 kpl, with roughly 28 kpl being the most frequent number. That makes for a real-world range of an apt 390 km. That’s good enough for me, whether in the city or on the highway. I’ve even done runs from Mumbai to Pune and back without filling up, and that’s about as much as most riders will ride in one go, I suppose.

Oh, and those figures are with the 50-tooth rear sprocket I’ve bolted on, and which I wholly recommend. I got it from Race Sprockets of Chennai and you can reach them on Instagram. Yes, the chain does become a bit noisy after fitting it, but it’s not really a big deal. What you do get is easier riding in the city… well, as easy as that KTM single will let it get. It’s still happiest above 4000 rpm, and my right hand has adjusted itself to that parameter. As it has to the harder acceleration and the power wheelies, too!