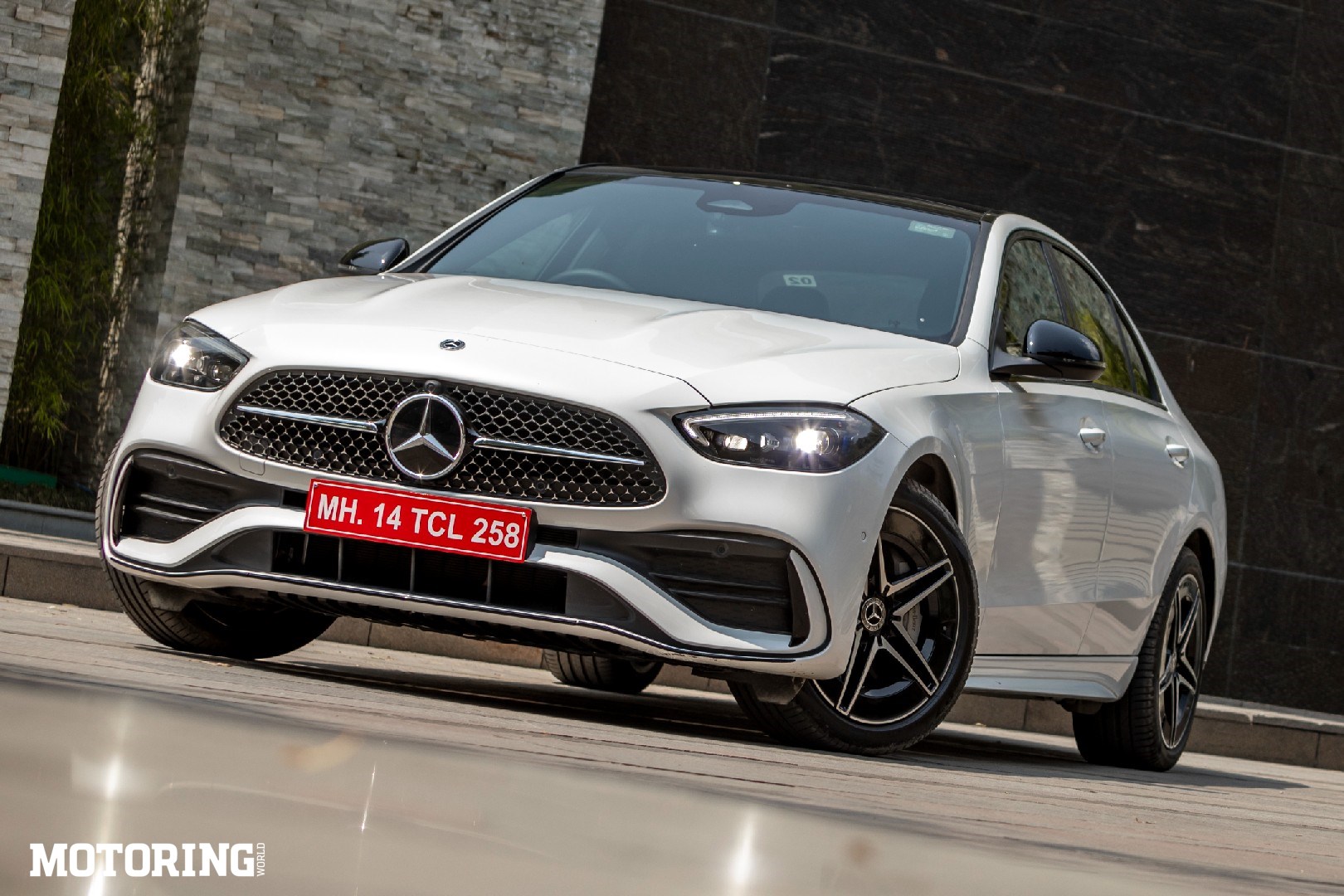 Mercedes isn’t sending the new C-Class to the army or a university, but the new C-Class has undergone a major upgrade. Despite the attack of the SUVs, Mercedes Benz India has been steadily selling sedans and the C-Class is a, well, major contributor. Over 37,000 C-Class’ are on Indian roads and the new one seems ready to lead the charge, like a major in battle would. These aren’t the only reasons why I have major in the headline, but we’ll come to that later. 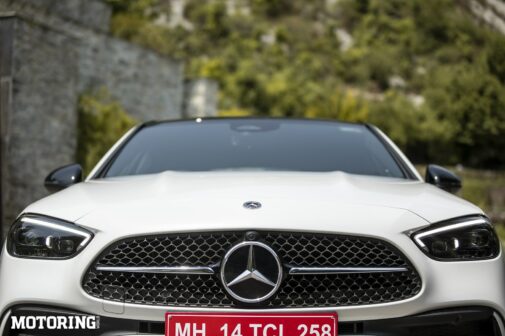 The C-Class has been a popular car ever since its launch, back in 2001. Those weren’t the days of easy EMIs, so obviously, not everyone could afford one. It was a big seller pretty soon and the C-Class hasn’t looked back. After two decades and three full model changes, the new C-Class (W 206) is still a very desirable car. The S-Class familiarity is plain as day, especially the rear and profile. The slim tail-lights and the clean boot are very reminiscent of the elder sibling and while I am not a fan of the entire family looking the same, it does work well on the new C-Class. Up front, if you opt for the C300d as we did, the AMG grille is aggressive but neat while the other variants (C200 and C220d) get a grille with vertical slats. The new C-Class looks good with or without the AMG line touches, however, my choice would be the AMG line. It looks more athletic and less family car, which is why. 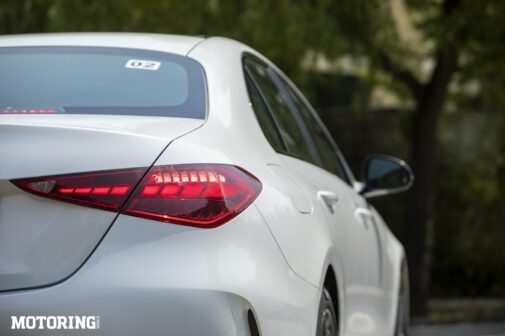 Mercedes isn’t giving up on diesels yet, thankfully, and the new C comes with three engine options, one petrol and two diesels — C200, C220d and the C300d. The lonely petrol is the C200, a 1.5-litre direct injection which makes 201 bhp and 30 kgm of torque. The C220d gets a 2.0-litre diesel which makes 197 bhp and 44 kgm of torque while the C300d gets the same engine but more power at 261 bhp and 55 kgm of torque. All three engines also get a 48V ISG (Integrated Starter Generator), a fancier way of describing a mild hybrid system which uses a small motor to provide a boost. Fancier description notwithstanding, the ISG can make an extra 20 bhp or 20 kgm torque and is quite a boon, especially on the diesel. The new C-Class is the first car to get an ISG on diesels, one of the many firsts on the car. Our car for the day was the most powerful one, and on paper at least, the pick of the lot. 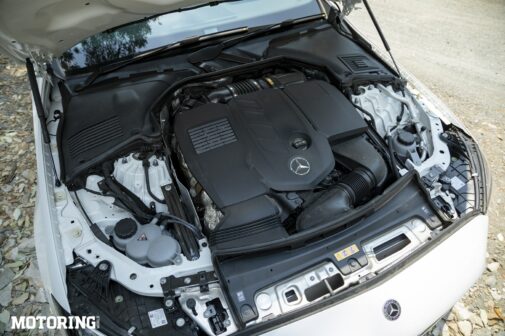 I remember a time when I would wait to drive a car with a good petrol engine. Then the diesels got better and better, and now there are days when I actually want to drive something with a good diesel engine. The 2.0-litre diesel engine on the C300d is so good that it feels like a much bigger engine. It likes being revved and pulls all the way, effortlessly. Power delivery is smooth, until you really put your foot down and that’s where it surprises you. There is almost no lag and the car is raring to go, all the time. The extra 20 kgm of torque from the ISG should get some credit for that, but overall this engine is quite fun. A 0-100-kph time of 5.7 seconds, on a 2.0-litre diesel in a family car. I mean, that is impressive. 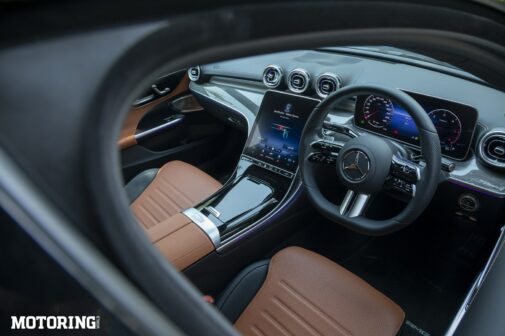 The C300d gets a flat-bottomed steering wheel, which is direct and light. At first, it feels too light but a couple of corners later you start appreciating it more. There are driving modes to choose from, but even in Comfort the car never feels lazy. It feels agile and taut, always ready to leap from one corner to another. Mercedes has retained the rear-wheel-drive layout and the new C-Class gets an updated four-link suspension at the front and multi-link at the rear. Unlike the S-Class, though, the new C-Class does not get the rear-wheel steering. On the C300d, the ride is a little stiff thanks to the 18-inch wheels, but most bumps are dealt with easily. Regular sized speed breakers shouldn’t be a challenge, but one needs to be a bit careful on the little mountains of tar which pretend to be speed breakers. 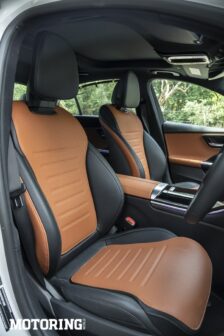 It is on the inside where you can see where the baby-S comparisons come from. If you have a keen eye or are an ardent Mercedes fan, you can make out the difference between the two cabins as they are almost identical. The cheat code is the aircon vents, which are circular on the C-Class, and look fantastic. The C300d gets a stunning metallic carbon-fibre finish, while the other two variants look like their dashboard was draped by Brooks Brothers. There are very few buttons, all of them are of the haptic touch kind, and the rest is all through the screens. I know screens are unavoidable and the future and all that, but no one has cracked the two-screen layout as well as Mercedes has. 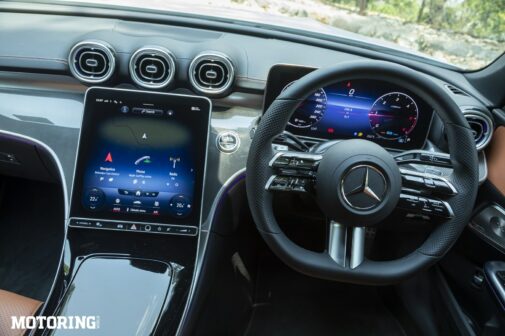 While the layout and the materials make you feel like you are in a luxury car, the screens remind you this car is ready for the future. The 11.9-inch vertical screen comes directly from the S-Class and it is just fantastic. The interface, contrast and sharpness are difficult to fault, this screen is so good. Most functions can be accessed with two to three taps, which is impressive. The mastermind behind all the tech on the new C-Class is MBUX NTG 7.0, which has been developed by engineers in Bangalore and Seattle. There is a biometric sensor to log in to your profile, an incredible Burmester 3D surround system and, finally, wireless Apple CarPlay and Android Auto. 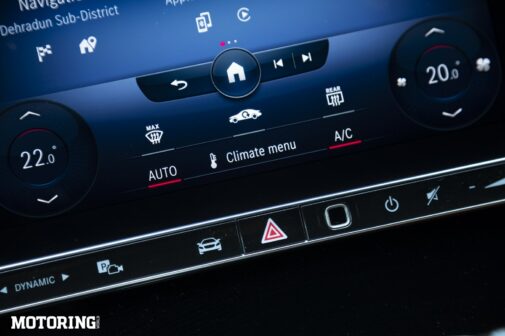 In terms of technology, the new C-Class is way ahead of the competition and you can experience it from the moment you sit inside. ‘Hey Mercedes’ are powerful words inside this car and you can get a lot done through voice commands. The Mercedes me app has been updated too, with new features like remote aircon controls and telemetry. How can we have a tech loaded car without some clouds being involved, right? Well, the Mercedes cloud is a smarter one which allows all Mercedes cars to talk to each other and share updates on weather, route, traffic and even accidents. There are tons of safety features, as one would expect from Mercedes, including Active Brake Assist. 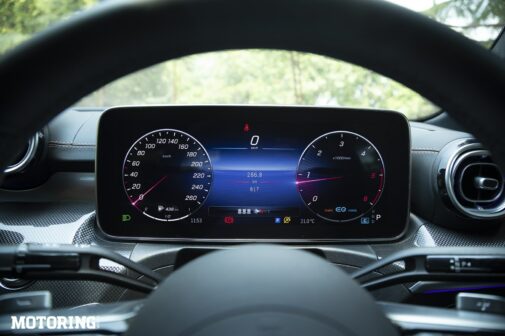 The new C-Class has grown in size too and there is 21-mm more legroom, thanks to the longer wheelbase. Two people can be comfortable at the back, but three will be a stretch. The seats are good and comfortable, albeit still slightly low. It is a comfortable place to be in, for sure, but nothing beats the driver’s seat especially on the C300d. 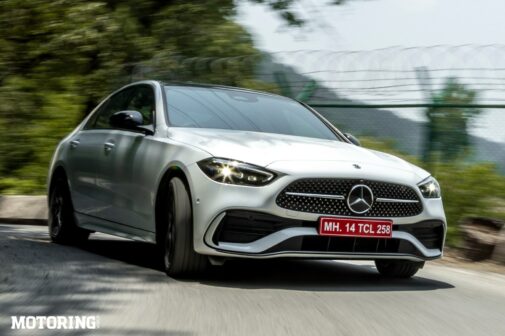 Bob Dylan once said, ‘I find C-major to be the key of strength’ and yes I know he wasn’t talking about the C-Class, but he could have been. The new C-Class has only gone from strength to strength, in all areas possible. It looks better, drives better, and has useful and intuitive technology. Sure, it has an excellent sibling to be inspired from, but Mercedes has truly raised the bar with the new C-Class, by a margin. Prices start at Rs 55 lakh for the C200 and go up to Rs 61 lakh, ex-showroom, for the C300d. If this were any other car, it would be difficult to defend these prices against the competition. However, the new C-Class is a lot more car, than anything in the segment, and a lot more will definitely cost at least a little more. Whatever you spend on the new C-Class, it will be money well spent.