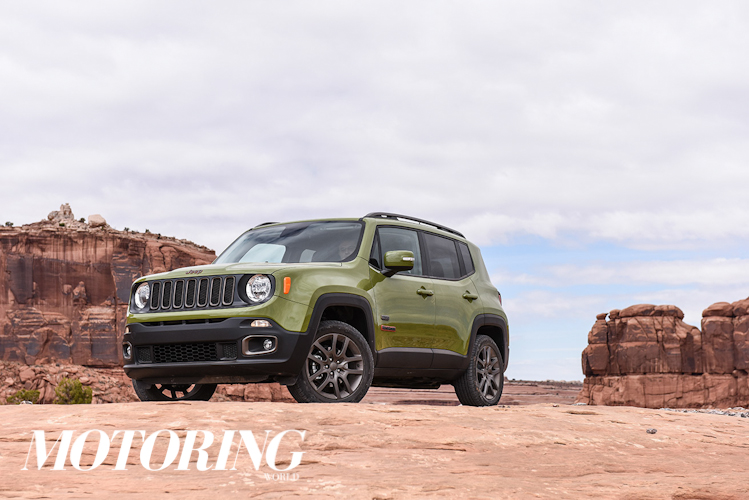 Clickbait stories are all the rage online and they seem to have a rather simple, yet clever formula behind it. Provide a scintillating headline. Check. A lead image that can be a voyeur’s delight. Check. A story build up that forces you to click on the next page. Check. Facts laced with a lot of spice and dressing. Check. Enough tone and tenor to elicit some sort of reaction from the reader – comment/share/like or otherwise. Check. See your website hits hit the roof. Check.

Thankfully, this story is based in the offline world and before we tell you anything else, Fiat India have categorically denied that they have any plans for the Renegade for India, no matter what you may have read elsewhere or seen in spy photographs. Which is actually true, since it’s a slightly larger variant, called the Compass (the Renegade is the B-SUV) that’s on its way here.

For one, the Renegade is a compact, bottom-end offering from the SUV manufacturer. In the USA, it competes with the likes of the Nissan Juke, placing it just above the likes of the Hyundai Creta in India and below the larger seven-seat offerings. Space, therefore, is a bit of a compromise. Reviews from the stateside lead us to believe that it’s one of the comfier offerings in its class, but honestly, its rear leg-room is no better than a Renault Duster.

On the outside, the design is more Wrangler-inspired. The round headlamps and seven slats are in vein with its more capable off-road sibling, while the thick C-pillar and crossed-out tail-lamps are nifty design touches. There are lots of design flourishes that are typically Jeep on the inside, too, like the headlamp/seven-slat motif on the speak covers or the smart ‘To new adventures’ caption around the ignition button. Overall build quality and features are par for the course, although a bit plasticky and drab.

Based on the Fiat 500X platform, the Renegade is primarily front-wheel driven and is offered with either a 2.4-litre naturally aspirated four-cylinder producing about 180 bhp or a 1.4-litre turbocharged four with about 158 bhp. Both petrol motors have four-wheel-drive options with different drive modes on offer at the swivel of a knob. We got a chance to spend some time with the 2.4 and made a few observations. For one, it feels rather light and easy to manoeuvre, especially around the off-road sections in the Moab region. The short wheelbase, combined with the narrow track and tight dimensions makes it absolutely effortless at tackling the rough stuff. The 2.4-litre motor seems to have adequate power, though the 9-speed gearbox has this nagging ability to hunt for gears which becomes even more apparent on flat dirt patches while trying to build up speed.

What’s important to know is, despite its Fiat-platform lineage, it’s extremely capable off-road. To put it into perspective, if it were offered in India, it’d be better than any of its competition, thanks to the way the all-wheel-drive system works when engaged. There seems to be more than enough traction on gravel, dirt or rock and the approach and departure angles are as good as some serious off-roaders. Because the steering is light and the Renegade is nimble, placing it off-road doesn’t require any special skills and that is noteworthy. On-road, the ride quality seems perfectly fine, while the 180 bhp seems just about enough, though it could do with a trifle more torque at low and mid-revs.

If Jeep does plan to bring the Renegade to India, it won’t be until after the Compass. Does it make sense for India? In a word, yes, though Jeep will have a bit of an issue with that cramped rear leg-room. It can be the perfect bait for those looking for a reasonably comfortable, off-road-capable entry SUV.