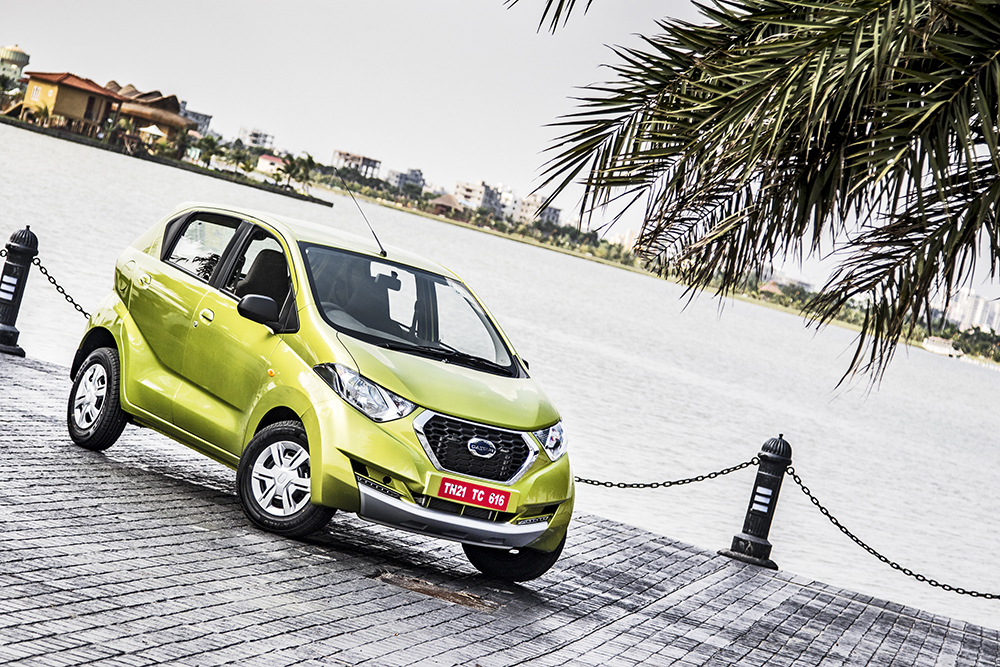 The small car business in India is a bit of alchemy. Sure you need a bit of accounting, a bit of engineering and a bit of marketing and selling skills. Yet, to make it work, there’s an X-factor in the concoction. And the top alchemist of them all is Maruti Suzuki. You see, for years on end, Maruti’s Alto has sat on the top perch, the 800 prior to that. Manufacturers have struggled to break the stronghold, in fact the truth is they haven’t even dared to try. With the exception of the Tata Nano, every single entry-level small car ended up being priced higher than their intended rival.

If you ask why, the answer is simple. Maruti’s ability to eke out every rupee out of their suppliers and their processes, their dealers and distribution has been legendary. Pretty much for the past three decades, the entry-level hatchback dominance has been Maruti’s to enjoy. It needed the skill set of a Gerard Detourbet, father of the Renault Logan and his team in India, Japan and France to put their collective hats together.

The end result was a platform to take on the market leader. The CMF-A and its first product, the Kwid won’t alone make life difficult for the Alto, for the next one, the Datsun RediGo is intended to join forces in that fight. And Datsun needs all the luck it can get.

Two premium entry-level hatches, the Go and Go+ have received nothing more than a lukewarm response. An unappealing design and increasing irrelevance from the Indian consumer mindset didn’t do the two cars any favours. So if anything, the RediGo needs to work and work well, for if it doesn’t, the long hard road to salvation might just get longer and harder. So is it a hit, a miss or does it simply another hatch from the same mould? Let’s check on each of the parameters.

With an intended starting price point of Rs 2.5 lakh, Koji Nagano’s job of leading the Datsun design team wasn’t easy. It was key that the RediGo will have its own design language despite sharing nearly 48 per cent of the components from the Kwid. Even though, the engine hardpoints are the same, the Kwid and RediGo are surprisingly different looking cars.

The large swooping headlamps are new to Datsun, with only the pentagonal grille the common design factor with the Go/Go+. The addition of LED daytime running lamps is a neat touch, but their effectiveness is questionable. In profile, there is striking similarity between this and the Hyundai Eon, but it’s the rising lower beltline (we’d rather call it a ‘paunch’ line) that carries on to the tail lamps lends the RediGo more substance than it otherwise would have. Even the tail lamp treatment is unlike its siblings, with the matt chrome bashplate on the top-end variant giving the car a bit more purpose. Honestly, it’s right now, the best-looking entry-level hatch and that should bring in some healthy footfalls to showrooms in the initial months.

The taller stance of the RediGo was with the intention of improving volumetric efficiency of the passenger cabin. It’s still basic, alright, but decently executed. A piano black finish is married to grey on the dash while scuffed chrome rings make it look like a reasonably nice place to be in. The single-din audio unit is a bit old school, given that the Kwid gets a fancy touchscreen audio unit, but it gets a tachometer instead where the French hatch doesn’t. Space is good – there’s good all-round visbility, headroom and legroom for the anyone up to 5’10-5’11 is sufficient and the cabin generally has a roomy air to it. The boot may not be the biggest but is par for the course for the segment. Those who like their rear seats roomy will find that three, decently built adults can just about fit in.

Airbags are offered on the top-end trim, but not ABS, nor central locking – the latter is a bit of a bummer. What really detracts largely from the cabin experience is the exposed metal where plastic trim would have ideally found home. Datsun insists it’s to ensure the price tag is kept in check and that it would be offered as an accessory. What’s next? Perspex windows? Cardboard steering? It really wouldn’t have hurt to ask customers to shell out a few rupees more than simply lose trim.

There’s absolutely no change in the 0.8-litre motor mated to the five-speed gearbox from the Kwid. In fact, there’s a marginal change to the software map at best, because it still produces 53 bhp and just under 7.3 kgm of peak torque. No changes to the gear ratios nor the ARAI approved fuel economy figure of 25.17 kpl. The only place the motor enjoys a bit of an advantage is that it has 25 kg less kerb weight to propel, which helps it be a bit quicker to 100 kph than not only the Kwid, but also its rivals – the Alto 800 and the Eon, so it claims.

What’s it like to potter around? Firstly the clutch action is light and the gearshift quality is marginally better, although experience tells us that no two Kwids do feel the same. There is a bit of hesitancy at low revs, but post 2000 rpm it cleanly revs all the way to 5250 rpm. Cruising along at high double-digit speeds is not an issue, the motor feels relatively relaxed. NVH levels are just about okay, though slightly better than its French cousin. Its only out on the highway, when you try to keep up with larger engined machines that the motor can feel a bit strained, but that’s not its forte to begin with.

RIDE AND HANDLING
Near hit

Datsun has made some changes to the suspension to improve rebound characteristics of the RediGo. As a result it rides somewhat better than the Kwid and is definitely less noisy than the Go/Go+. The ride is soft and settled, only large bumps affecting it, but it doesn’t get completely caught out by them. This would be a welcome sign to many first time buyers who will find that a better riding car really plays a big role in car buying decisions in India.

This is no corner carver though. At moderate speeds the handling is neutral, but push harder and it settles into an understeer. Grip from the 155/80 R13 Ceat rubber is good enough if you keep speeds sane. However, the steering doesn’t provide much feedback, even though it tracks true and it takes forever to go back to its original position, especially while executing U-turns. Another bugbear is the brakes. They are soft and have too much travel and the bite in the last 15 per cent is too strong. Linearity would have helped.

VERDICT
Near hit, but…

As an entry-level car, the RediGo is what most people would find to be a good package. Good on space, nice ride, a reasonably okay motor and decent dynamics too. At Rs 2.5 to 3.5 lakh as the intended price tag, it would undercut the Kwid by about Rs 20-25,000, setting the stage for a big counter by Renault Nissan to Maruti’s dominance. What might be a challenge for Datsun is its brand image, that needs to be backed by reliable and strong after-sales service, something that hasn’t helped it and Nissan spread its wings. Tackle that and Datsun could have a winner on its hands. It would have then helped Renault-Nissan become a bit of an alchemist itself.