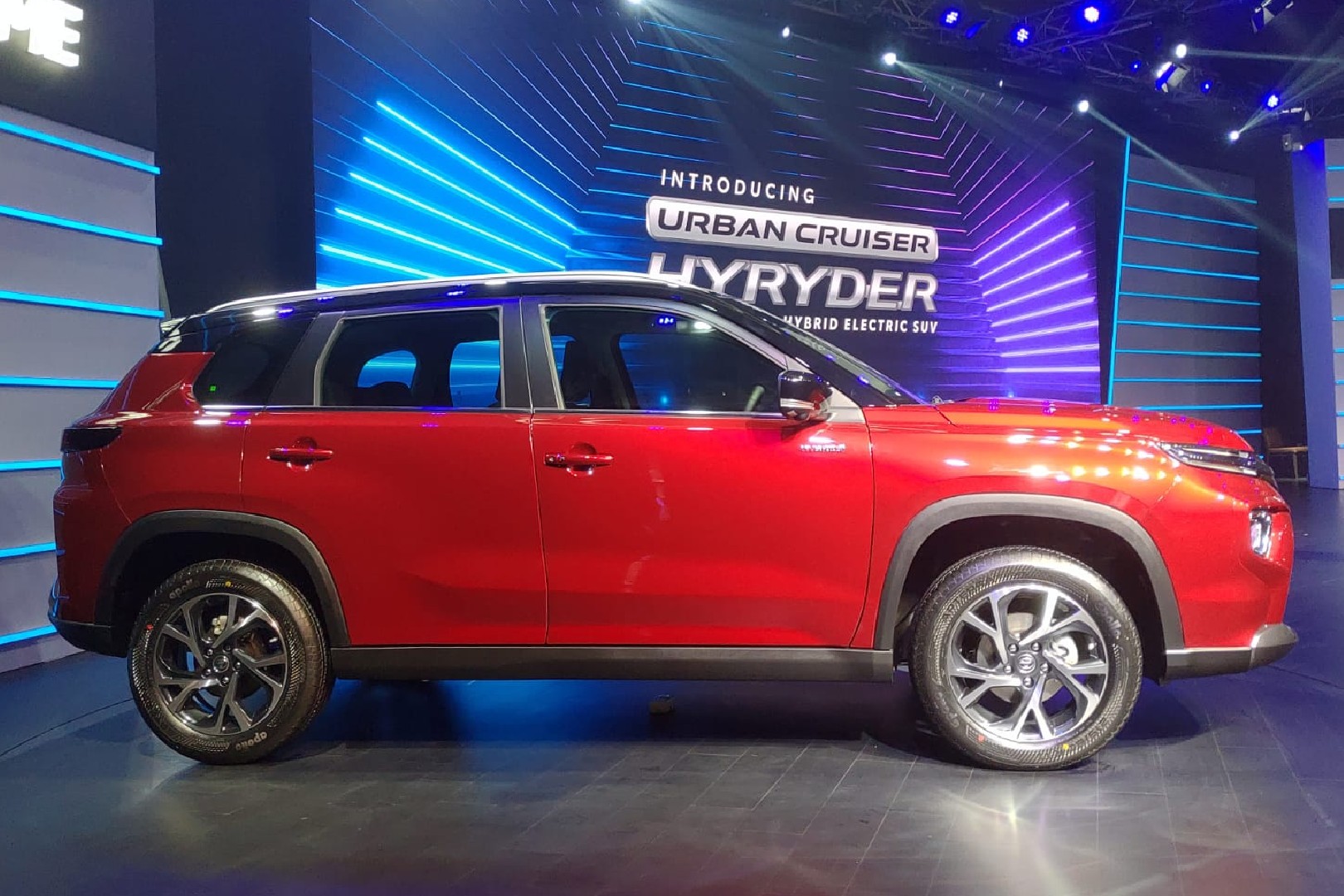 Toyota launched the new Urban Cruiser Hyryder, and it will go on sale starting next month. Bookings are officially open at both Toyota dealerships and online, for an amount of Rs 25,000.

The hybrid SUV gets a dual-tone interior with a leather-wrapped dashboard. It comes with features like automatic climate control, a touchscreen infotainment system, and a 360-degree camera. It also gets a panoramic sunroof, a wireless charger, a digital instrument cluster and a heads-up display along with connected car tech. With regard to safety, the Hyryder gets six airbags, a tyre-pressure monitoring system, ESP, hill-hold assist and hill descent control. 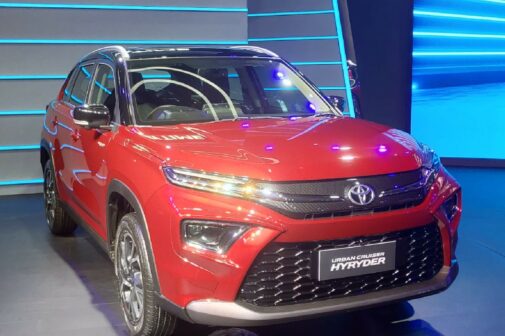 The Urban Cruiser Hyryder is the first SUV in its segment with a strong hybrid powertrain. It uses a 1.5-litre petrol engine that makes 91 bhp and 12.4 kgm of torque. This engine is paired with an electric motor that has an output of 78 bhp and 14.3 kgm. This further adds up to a total output of 113 bhp. The car comes with a 177.6 V lithium-ion battery pack, offering an all-electric range of  25 km. Toyota claims that the SUV offers an overall fuel efficiency of 24-25 kpl. 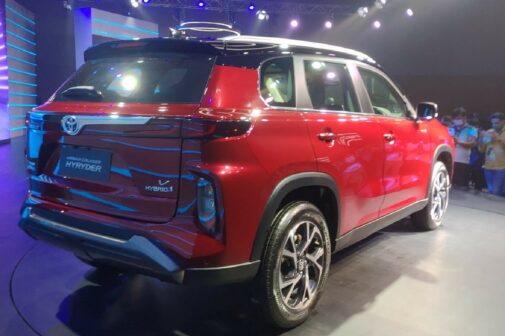 Apart from the efficient strong hybrid, the Urban Cruiser Hyryder also comes with a 1.5-litre K-Series mild-hybrid powertrain sourced from Maruti Suzuki. This mill produces 103 bhp and 13.9 kgm of peak torque. This comes paired with either a 5-speed manual or a 6-speed automatic transmission.

The Toyota Urban Cruiser Hyryder will take on the Hyundai Creta, Kia Seltos, VW Taigun and the Skoda Kushaq. Toyota is offering a standard warranty of 3-year / 1 lakh km and an 8-year / 1.6 lakh km battery warranty on the hybrid version.