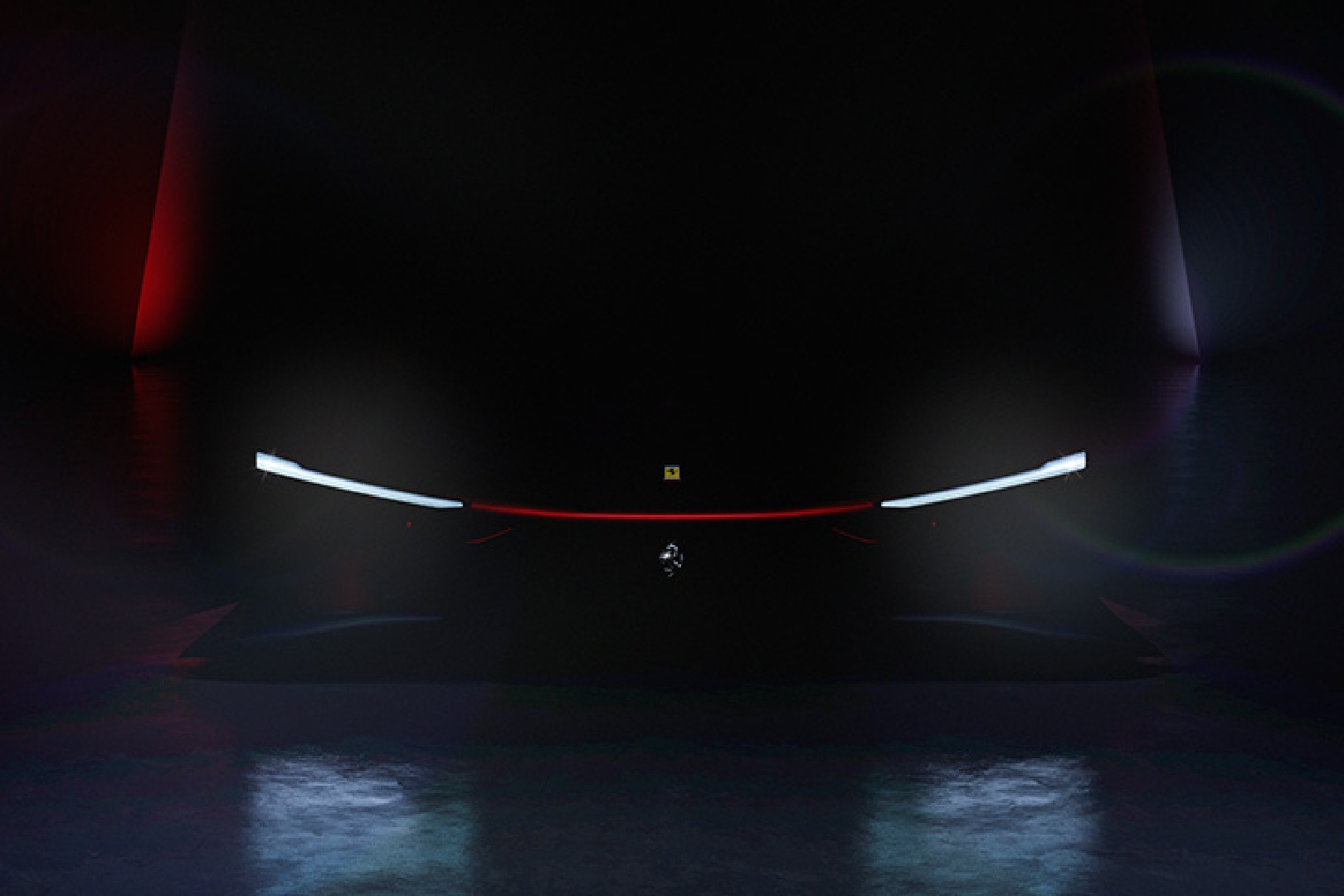 Ferrari is all set to head back to Le Mans to compete in the Hypercar class. The Italian automaker has released a solitary teaser image revealing very little of the proposed vehicle. It illustrates a pair of thin lighting elements flanking a strip of red that sits between a yellow Ferrari badge and a silver prancing horse.

Not much is known about Ferrari’s new race car other than its hybrid powertrain setup. Ferrari will begin testing in the coming weeks as it prepares to enter the FIA World Endurance Championship in 2023.

The 2023 24 Hours of Le Mans will see the participation of several automakers. The new Ferrari LMH will face cars like the Cadillac GTP Hypercar, which pairs a 5.5-litre dual-overhead-cam V8 with a hybrid system. Lamborghini, Acura, and BMW are also preparing their own cars.

Ferrari has not mentioned when the race car would debut, but with testing scheduled, we might catch a glimpse of it soon. Ferrari making its return to racing at Le Mans is something to look forward to. That, along with its performance against all the competitors. So far, only Toyota and Peugeot are fielding LMH cars like Ferrari.