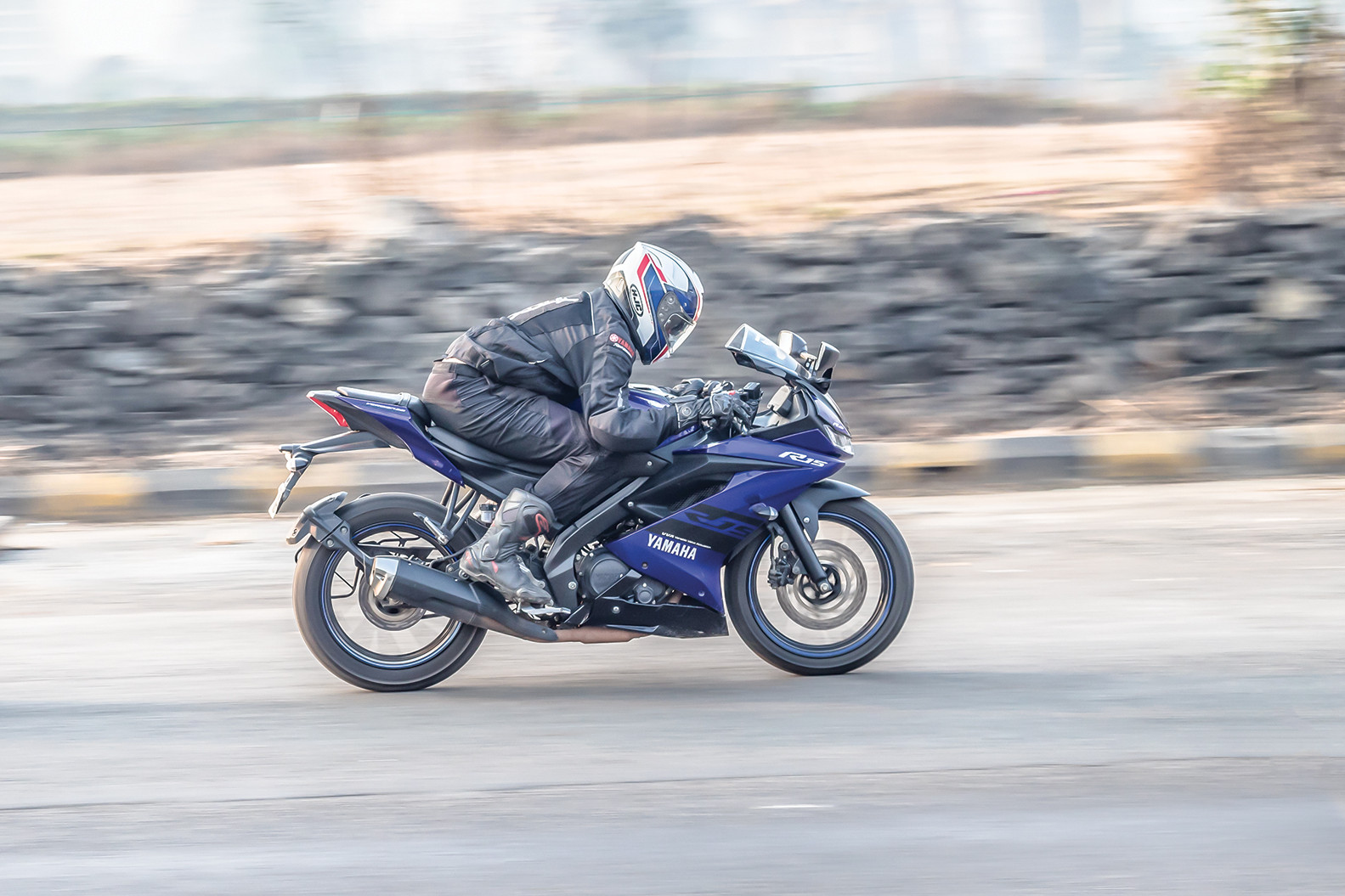 Ah, sportsbikes. The frenzied pinnacles of motorcycle evolution. And if you, like us and 99.9 per cent of Indians, don’t have big enough piggy banks to buy the real deals, there are always bikes like the Yamaha YZF-R15 and the KTM RC 125 which allow us to pretend to be Valentino Rossi on the way to college/office. So what are the peculiarities that afflict the sports-bitten among us? Well, the typical sportsrider:

1. Has never actually seen the Madras Motor Race Track near Chennai, Kari Motor Speedway in Coimbatore or the Buddh International Circuit in Greater Noida. Frequently complains about the lack of  race tracks in India. Constantly wishes for a track within riding distance from home. Would never go if a track came up nearby for fear of being slowest.

2. Compulsorily owns a Valentino Rossi replica helmet. Had to stop life for a few months to afford it. Stickers that came with the helmet are locked up with other valuable possessions. Gets ‘46’ stickers made at the local radium-walla after much haggling.

3. Assumes hang-off position even while exiting residential society gate. Or at the 179-degree kink outside college. Or at the person standing outside the coffee shop. In other words, only where someone’s watching. Has considered getting a Dhoom tattoo on multiple occasions, but has never really gathered the courage and commitment required. Just like the corners he comes across.

4. Regularly has nightmares about the chicken strips on his bike’s tyres. Usually, they’re the size of poultry farms. Feverishly contemplates sandpapering tyres’ edges. Often spends hours wistfully looking at the one pair of decade-old knee sliders he thought he could attach to his torn jeans.

5. Tries to hit the gym in order to maintain fitness. Instead, he ends up on the couch eating ice-cream and watching what he thinks are MotoGP reruns. They’re actually WSBK ones. After two hours, thoughts like ‘It looks so easy’ and ‘I bet I could run with the backmarkers’ begin to gain momentum in his head. His fuel tank may never be more than one-fourth full, but confidence is always overflowing.

6. Gets inspired by said reruns, heads out for a ride, five minutes into which wrists and neck start hurting. Due to this reason, his sportsbike will see more parking spots of air-conditioned coffee shops than corner apexes. Still thinks naked bikes, which are more practical and just as fast in the real world, are for wimps.

7. Thinks throttle control is what riders practice for IBW. Essentially, redlining at 10 kph. Agrees wholeheartedly with the concept because it lets him deal with validation issues that date back to childhood.

8. Will one day attend a track school, realise he’s not as good as he thought, will sell the sportsbike and buy a cruiser. Which is what we will analyse in the next installment of this series