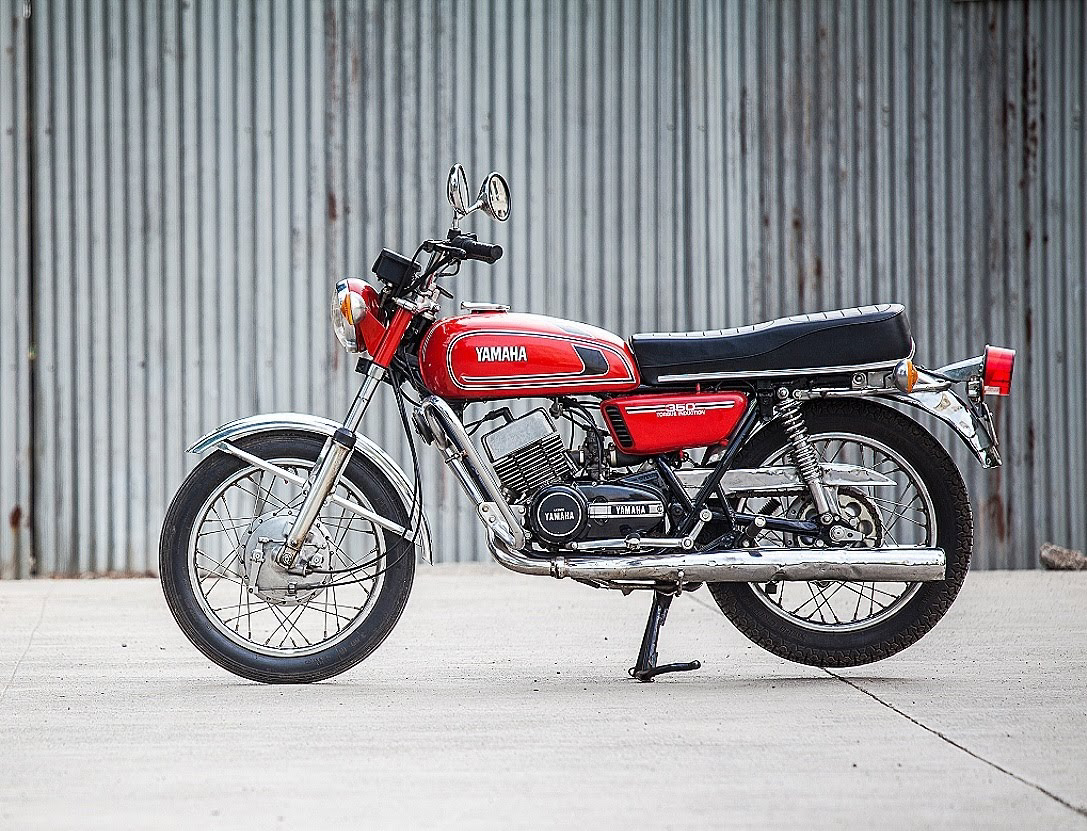 What comes to mind when you think of the word ‘extinct’? If you thought ‘two-strokes’, then please read on. Every rider loves a light motorcycle with lively performance. And it doesn’t get lighter or livelier than a stink wheel. A good two-stroke will beat the pants off an equivalent four-stroke — more often off much bigger four-strokes — before you can say ‘powerband’. So what happened to this engine technology that smoked the world? Well, precisely that, apparently.

Some time ago, someone decided that two-strokes pollute too much and decided to come down hard on them. I have little doubt that they decided that just by looking at the smoke coming out of a two-stroke’s pipe; never mind that in terms of NOx and CO2 emissions, four-strokes are just as bad as two-strokes. Perception had a lot to do with it, too, I think. Those noisy ring-a-dings were hardly something that respectable people used for transportation, no sir. They were for people who’d been in jail or were on their way there. AND they drank more fuel than four-strokes, too.

No one cared that just as the motorcycling/engineering world was beginning to understand how to make two-strokes work better and more efficiently, they were shoved into their graves. People were just about starting to apply direct-injection systems to two-strokes and a few more years of research and refinement of this technology alone would’ve lessened two-strokes’ tendency to be heavy drinkers and smokers. Closed-loop lubrication and liquid-cooling would’ve made them less messy compared to the total-loss lubrication that oil-goes-into-the-fuel smokers were largely running until then. Two-strokes could have been just as clean, if not cleaner than anything else.

Today, the average 100cc four-stroke makes around 8 bhp. The Yamaha RX 100 launched in the mid-’80s made 11 bhp. If two-strokes were around today, modern materials and manufacturing processes would’ve certainly bettered them in every sense. There are many that say that two-strokes were killed off because there were (and still are) greater opportunities for spare-parts sales with four-strokes. The spare-parts business, incidentally, earns manufacturers at least as much as selling bikes, if not more. And as manufacturers are all-profit organisations, I have no trouble believing that.

But what about the fact that manufacturing a two-stroke motor is much cheaper and less polluting? Leaving the gearbox aside (which is the same in both kinds of motors), a four-stroke has around three times the number of parts of a two-stroke. The carbon footprint of two-strokes is smaller, too. The cost of manufacturing, assembling, transporting and storing materials goes up with four-strokes. Two-strokes are also lighter compared to four-strokes — and a lighter motor makes for a lighter chassis, lighter suspension and lighter ancillaries overall. What about the resources saved in all of that?

Also, anyone who’s paid for a two-stroke rebuild and a four-stroke rebuild will know what’s cheaper. Anyone can open up a two-stroke motor in minutes, while it takes much longer for a skilled technician to perform the same task on a four-stroke. Two-strokes are cheaper and easier to repair. Think about the time and effort saved. Power strokes take twice as long in four-strokes. In other words, two-strokes make twice as much power in half the time. The biggest example is probably the most insane motorcycle engine ever made, the 498cc two-stroke V4 on Valentino Rossi’s Honda NSR500 that he raced in the 2000 season — it made more than 200 bhp!

Now, don’t get me wrong — I’m not ungrateful towards the wonderful four-stroke motorcycles I ride. Just that, as with everything in life, you have to go through a lot to sort out the fundamentals, and I feel that two-strokes never got the chance they deserved. Maybe someday soon they will (probably when Honda decides to make one. After all no one did more to kill the two-stroke than the Japanese company that was most successful with it). In the meanwhile, go get yourself a stink wheel and hit that powerband, will you? And I’ll go back to wondering what a 1670cc V-twin two-stroke would’ve been like in the Yamaha MT-01 I recently rode.