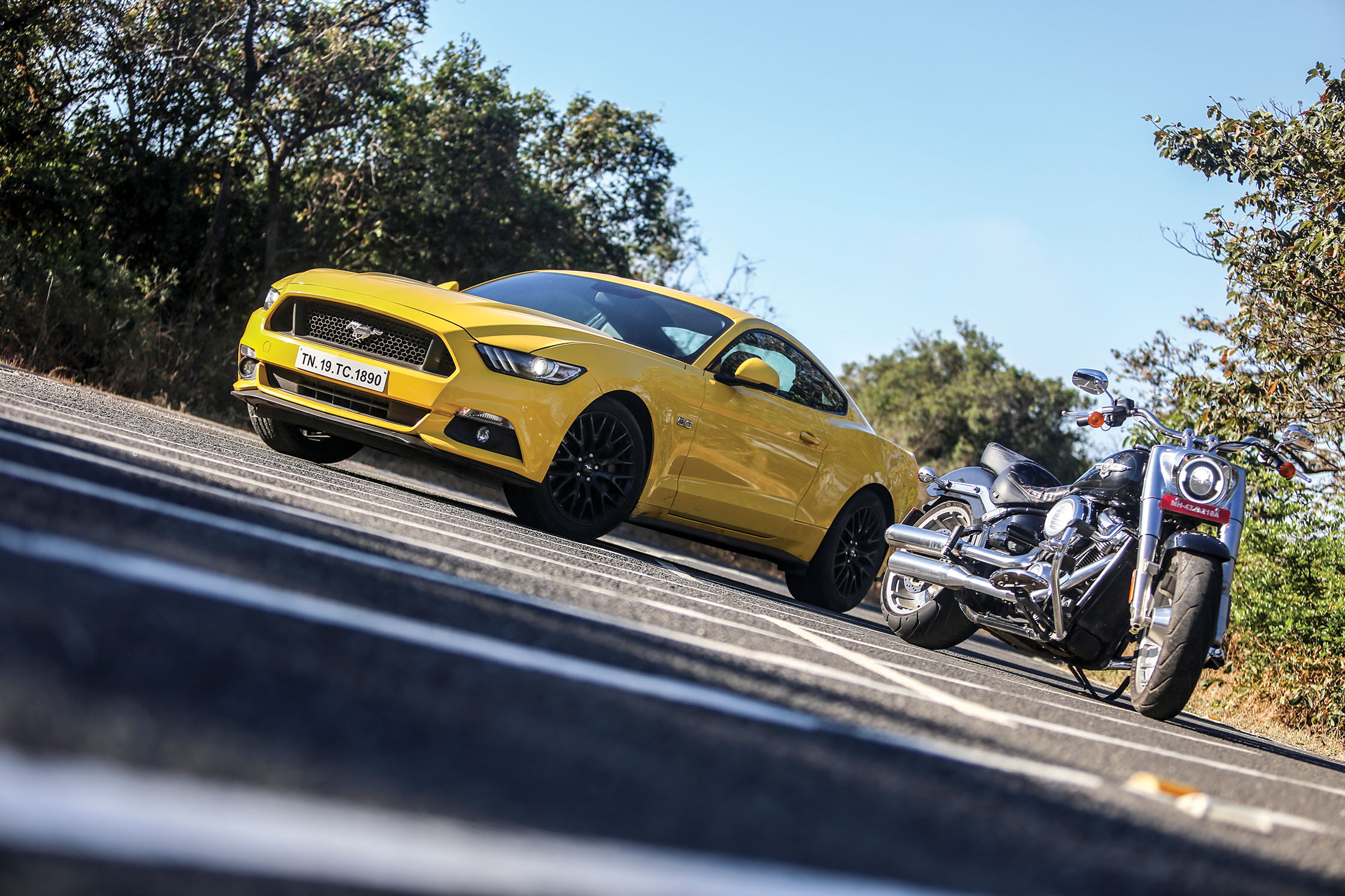 I believe humans are a sentimental species. We cling to our past in the same way Tom Cruise hung on to the outside of that plane in the last Mission Impossible movie. It reminds us of our days of glory, brings a smile to our face and in many ways determines the direction we take in everything. However, this seems to be at odds with the other defining trait of the homo sapien — our inherent need to progress and move beyond what we know. At the end of it, all is a fine balance with constant shifts to either side, and we exist in that grey space in the middle. Take Indian parenthood for example. It is at the far end of the ‘past’ side of this balance, with parents (and I speak from experience) refusing to move ahead with the times (i.e. scientific research). ‘The values our parents taught us are the best, and there can be nothing better’. On the other side of the world, parents are having very different conversations with their kids, and the past is to be lost and buried. ‘You need to figure this out for yourself, Timmy’. And it is this balance that manufacturers struggle to perfect. Some hide their heritage and subtle homages is all we get. And then you have the Ford Mustang GT and the Harley-Davidson Fat Boy. There is nothing subtle about them at all. 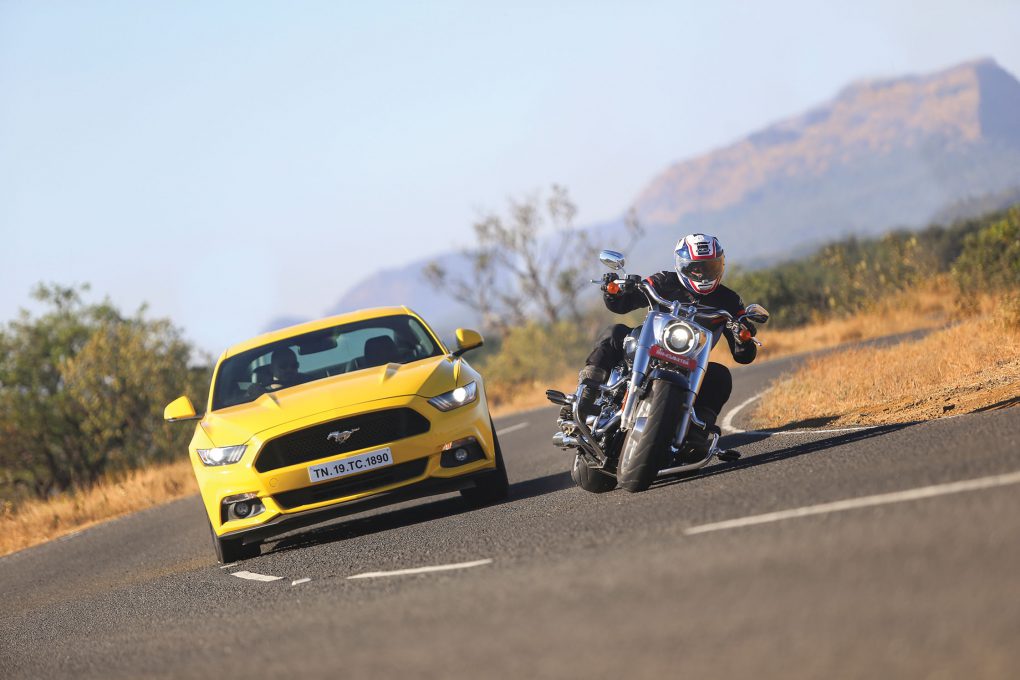 If you must know only two things about America it is this: 1) America loves oil more than Mother Mary loved the Baby Jesus, and 2) America is a land of excess. It is the second point I want to draw your attention to (even though the first does apply to an extent here) as the flag bearers of their automobile history are exactly that, excessive. The Harley-Davidson Fat Boy you see here is huge. Period. It dwarfs almost every other motorcycle around. The headlight is larger than it needs to be but it is flanked by a pair of lights that are bigger than a regular motorcycle’s headlight. There is so much chrome that it feels like a moving sun. And, in the true American style, they wanted to add even more chrome, so they gave it solid wheels for that. Speaking of the wheels, it has a 160-section front tyre. Yup, that big. Then the tank is wide enough to sit cross-legged on if for some reason you don’t like the sofa seat. And when you do sit on the sofa seat and place your feet on the footboards, you are sitting with your legs wide open in a position you might only find yourself in at a gynaecologist’s. What I’m trying to say is, you will get noticed. Immediately. And that’s before you even turn on the motorcycle. 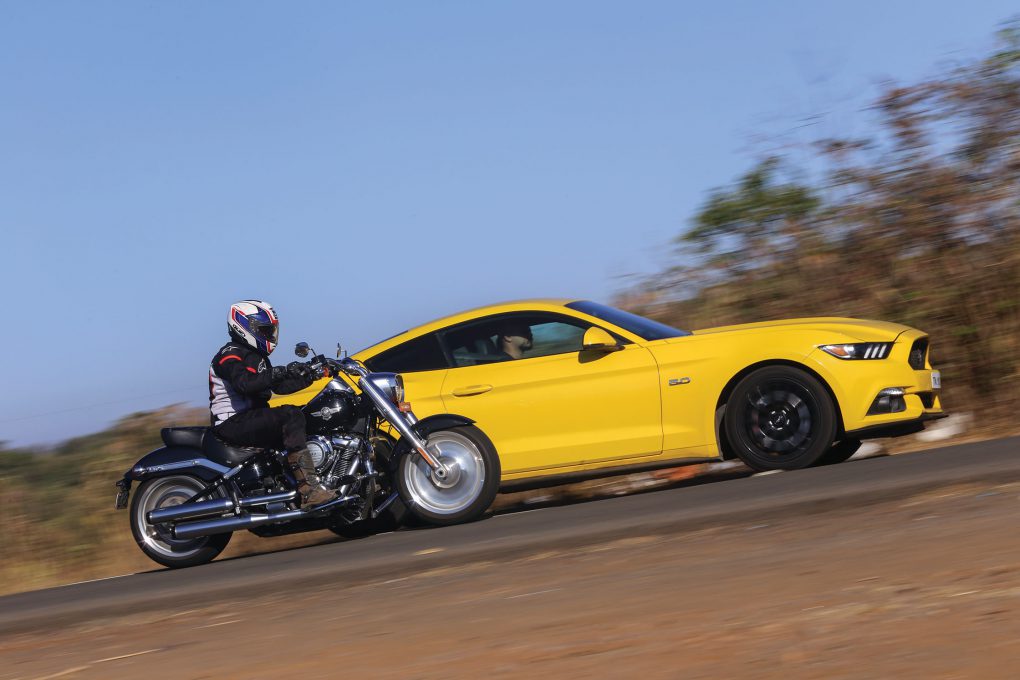 The Ford Mustang GT, on the other hand, is a little less jarring to the eyes. It is a muscle car, which is the American interpretation of a performance vehicle, and it is immediately apparent that it can be nothing else. It has an expansive snout, a pinched bottom and small cabin in between. And it has a fire-breathing V8 engine to shove it around. Inside, it is sparse compared to the usual crop of sportcars. The seats aren’t excessively sporty, and the dash, levers and gearshift have a very normal look to them. The view out the front consists mostly of that long bonnet, with the right side ridge being hard to ignore. All very old-school, then. The only part that feels modern is that it has two pedals instead of three. And it has a start/stop button. 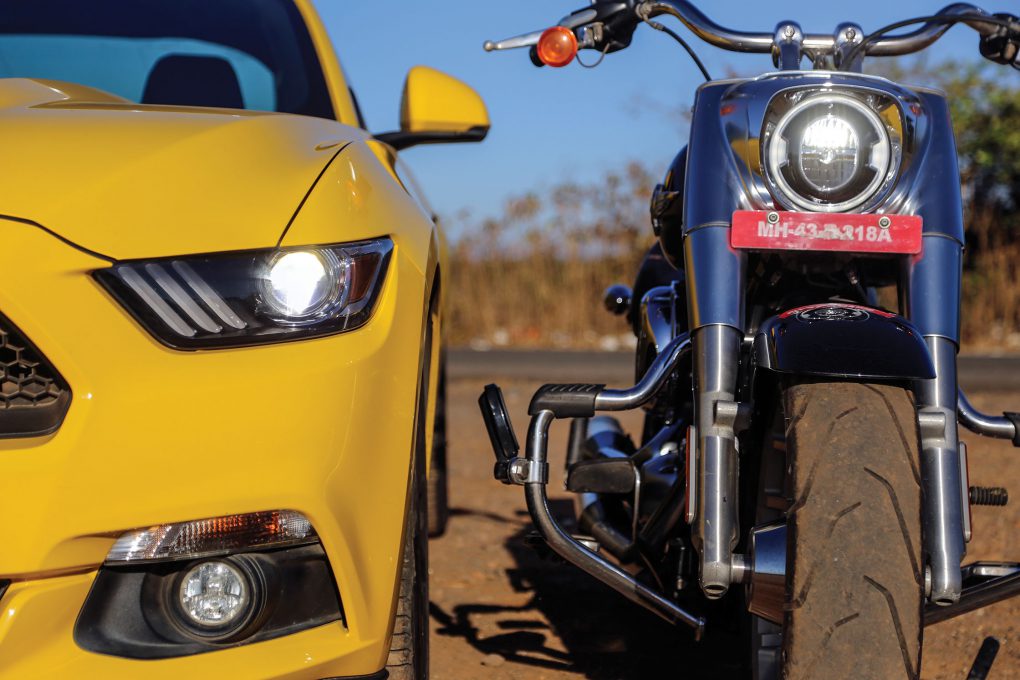 So far, both vehicles hearken back to the rich heritage and cult following that these brands enjoy. The Fat Boy is unapologetically bulky and chrome-laden, the Mustang GT a quintessential muscle car. And they both seem to be evoking the same emotions. But when you finally turn them on is when the differences shine through. The Harley comes to life with a huge rumble and a shake that might set off the more sensitive of Richter scales. Do not turn it on if you intend to sneak out at night, for it will set off car alarms in the immediate vicinity and wake up residents from the neighbouring building. And then it settles into a deep bassy idle. You would expect the same from the 5.0-litre V8 from the Ford, but it comes to life with more of an angry shout than the deep burble that is expected. A little disappointing, if I’m being honest. But the real aural disappointment is when you floor the throttle to get a move on. Instead of the guttural roar that YouTube led us to believe all Mustangs are blessed with, there is…nothing. Okay, fine, there is a build-up in noise, but V8s, by nature of design, are supposed to be gruff, unsettled and full of character and this isn’t. It sounds akin to a bearded thug with tattooed arms but whose larynx somehow didn’t hit puberty. The Fat Boy, on the other hand, is scarily glorious. That deep idle growls back in anger when you go near the throttle, and when you gas it the surge of torque is accompanied by a very mechanical and industrial roar. It doesn’t feel refined or smooth. It just reeks of obnoxious character, and it feels perfect.

Both Harley-Davidson and Ford have worked very hard to stay true to their past. Its heritage is ingrained in the brand identity, and it is all very pleasingly nostalgic. I rather enjoyed both so far. But I wonder if that laser focus on it has ruined these vehicles. American highways are largely straight, which is why Harley-Davidson and muscle cars, in general, were made to go in a straight line. Both of these do it very well. The Fat Boy sticks to the ground and will munch a billion miles without stress. The Ford, with that stonking V8, will hilariously rocket away from signals. Use the Line Lock feature for even more giggles. But if you hope to go anywhere in your vehicle, you will eventually be faced with a turn, and that is as foreign to both of these as honesty is to a politician. The Ford is heavy, but you never realise it on a straight. Try chucking it into a corner and it gets jittery as decades of McDonald’s fat turns a fast car into a lump of tyre squeal, understeer and body roll. The Harley is even worse. That aforementioned fat front tyre looks very cool, but it refuses to turn. Lean off with all your weight and it inches sideways, all the while constantly fighting to straighten up. This makes driving/riding both of these a constant roller coaster of emotion. Start-up tends to bring a smile and flooring it widens that smile. Nostalgia is flooding your veins. And then a curve presents itself and that smile turns to terror as white knuckles struggle to get it around safely. You emerge on the other side cursing its existence wondering why neither manufacturer imagined that their vehicles would be used in more than a straight line. You curse a little more for your heart is still beating way too fast. And then you smile again on the straight. 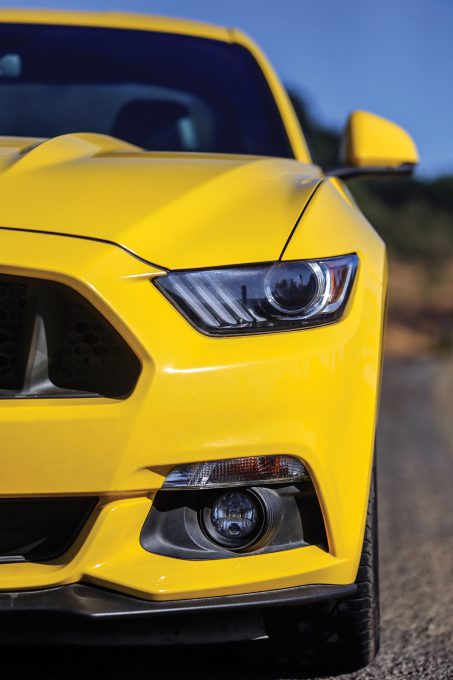 I think heritage is important. When it comes to vehicles that are designed for the enthusiast, even more so. Because we can’t reduce our love for it to numbers and logical reasoning. It isn’t a sum of its parts. We do it because it tugs at our heartstrings, and nostalgia has proven itself to be quite efficient at that. But while lighting fire with stones might make us feel all macho about ourselves, there is no denying it is incredibly inefficient and wasteful. An electric lighter might be too modern and devoid of soul, but a bonfire lit with matches is quite perfect. A throwback to the old with a touch of the comfort that the new affords us. Manufacturers need to look at it like this. Because at the end of the day while I love being reminded of the posters on my bedroom wall and feeling like Arnold Schwarzenegger, I also want to get to where I want to go safely and easily. The accolades of what we have achieved are what define us, but it is walking that tightrope between the future and past that ensures constant progress without getting stuck in either. Neither of these fine examples of American automobile culture has managed that, even though they’ve gotten mighty close. Then again, aren’t things like this always a work in progress? 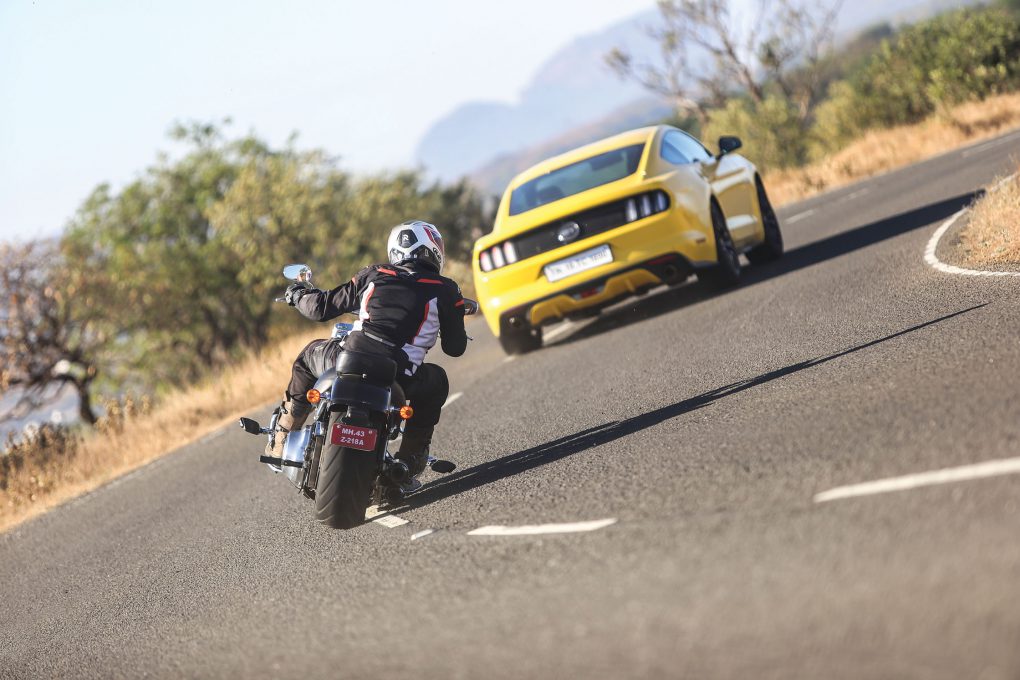