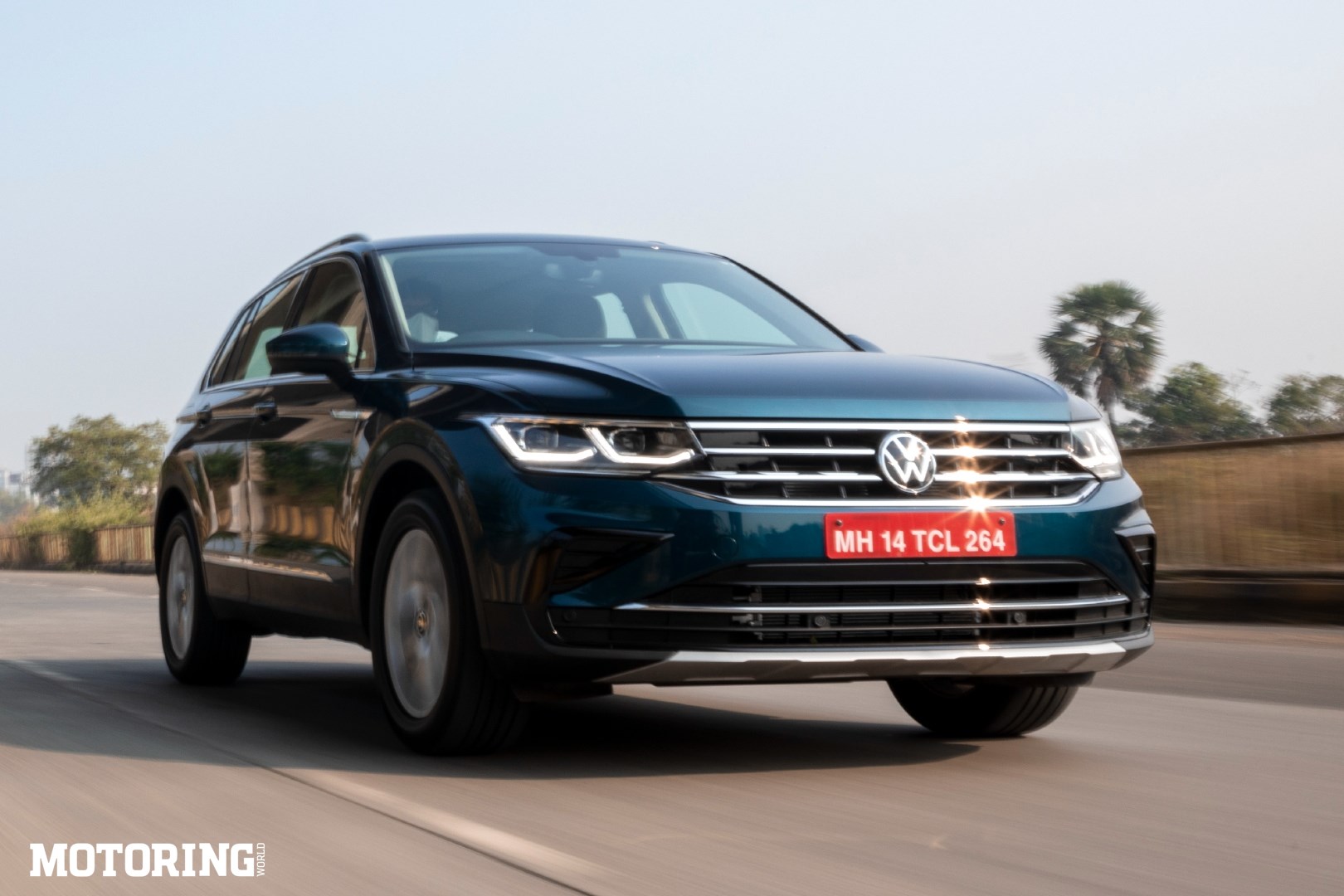 ‘Volkswagen cars really do have that Russian doll thing going for them’ is what goes through my mind as the facelifted Volkswagen Tiguan pulls up to me. Those strong character lines, the beefy, SUV stance, the hewn-in-rock looks; they’re all so obviously Volkswagen that you wouldn’t mistake it for anything else, even without the badge. This aspect is, of course, a boon and a bane. It means that it looks good without being over the top; the flip side is that it feels less special, as you get the same looks for about half the price with the Taigun.

The changes in the latest Tiguan are subtle, and tasteful. The new LED headlights look sharper, and the new grille and front bumper make the SUV seem like it’s sleeker. The square LED elements in the tail-lights are new and brighten up the rear end, though I feel the new, dynamic-looking 18-inch alloy wheels don’t suit the Tiguan’s measured character. However, they do go with VW’s attempt to make the upright SUV a bit sportier. 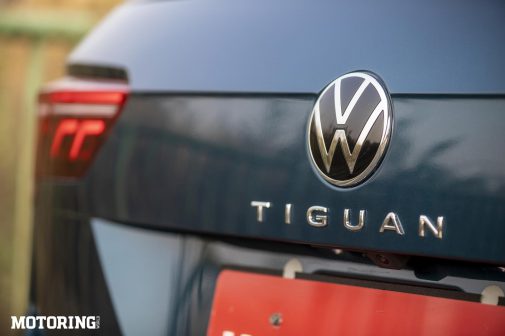 It has been almost two years since VW India pulled the Tiguan off the shelves, and in that time, the interiors have remained more or less the same – which is to say that the cabin is comfortable and spacious, if a little drab due to the profusion of grey and black. Visually, there are three major differences between this Tiguan and the older model — a new, easy-to-use steering wheel with the new VW logo, a larger 8-inch infotainment touchscreen, and a touchscreen for the three-zone climate control system. While I prefer analogue duals or a slider for the AC functions, as I don’t have to take my eyes off the road, it has to be said that there’s no other downside to the touch screen. It’s accessible, though it does pick up finger smudges easily.

If you’re seating four, there’s no dearth of space whatsoever, and the panoramic sunroof only serves to enhance the feeling of airiness. Seating three at the back is not a problem as such, but four would be much more comfortable. The front seats are a nice place to be at nearly all times (although heated seats instead of ventilated ones are on offer, strangely), and the rear seat experience is quite plush too. They split and fold, and move forward or backward when necessary, adding to the convenience factor. There’s a large boot, and various rather useful nooks and storage compartments that make life easier. Do note that the USB charging ports, even at the rear, are all of the Type-C kind.

A new heart is the biggest difference between the older and the new Tiguan. Gone is the torquey 2.0-litre diesel engine and in comes a new 2.0-litre turbo-petrol unit. This 188 bhp four-cylinder engine — shared with the likes of the Skoda Octavia and Superb — is refined and punchy, thanks to the 32.63 kgm of peak torque produced from a low 1500 rpm all the way to 4100 rpm. The TSI engine pulls energetically from standstill all the way to its redline, and makes an exciting enough soundtrack for an SUV. Drive modes, such as Eco, Normal and Sport, do alter the driving experience, and you can select your own individual settings as well.

I absolutely love VW’s dual-clutch gearboxes, and the Tiguan’s 7-speed unit is no exception. Shifts are lightning quick, and butter-smooth besides. Sport mode adds an even greater fun factor to the package, as each gear is held longer, and downshifting multiple gears with the paddle shifters makes it more engaging. VW’s all-wheel drive system does a more than decent job of transferring power to the rear wheels when required, making the Tiguan even more stable on the road. While I didn’t really get a chance to test the Tiguan’s off-road prowess, the SUV does come with an e-diff and traction modes for handling snow and other off-road terrain. 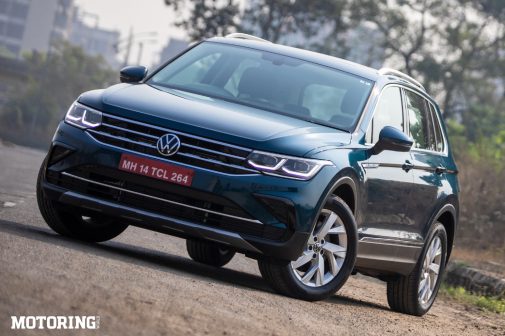 And then there’s the typically VW — and always excellent — ride-handling balance. The suspension soaks up large bumps and undulations with aplomb, with barely any of the movement filtering into the cabin. As speeds rise, the feeling of smothering road imperfections is heightened. For a 1.7-tonne SUV, the Tiguan doesn’t roll all that much, and shoving it into a hard corner is quite enjoyable. The steering weighs up consistently and there’s enough heft and speed to retain a good deal of confidence. It’s light enough in tight environs, too, but the Tiguan is not among the most compact SUVs around. 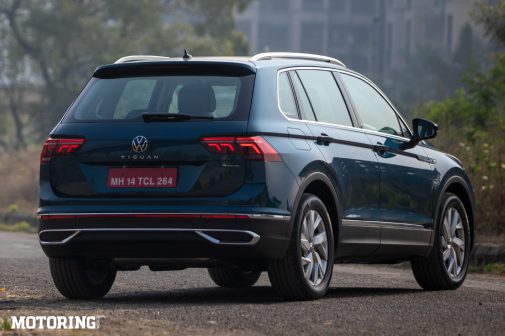 Priced at Rs 31.99 lakh, ex-showroom India (for an introductory period), the new Tiguan is a bit expensive, but it is a very competent premium SUV. The positioning is unique, as it sits between the Rs 22.69-27.47 lakh Hyundai Tucson, and entry-level luxury SUVs like the Rs 34.99 lakh Audi Q2 and the Rs 39.50 lakh BMW X1. Whether this works for VW is only something time will tell.