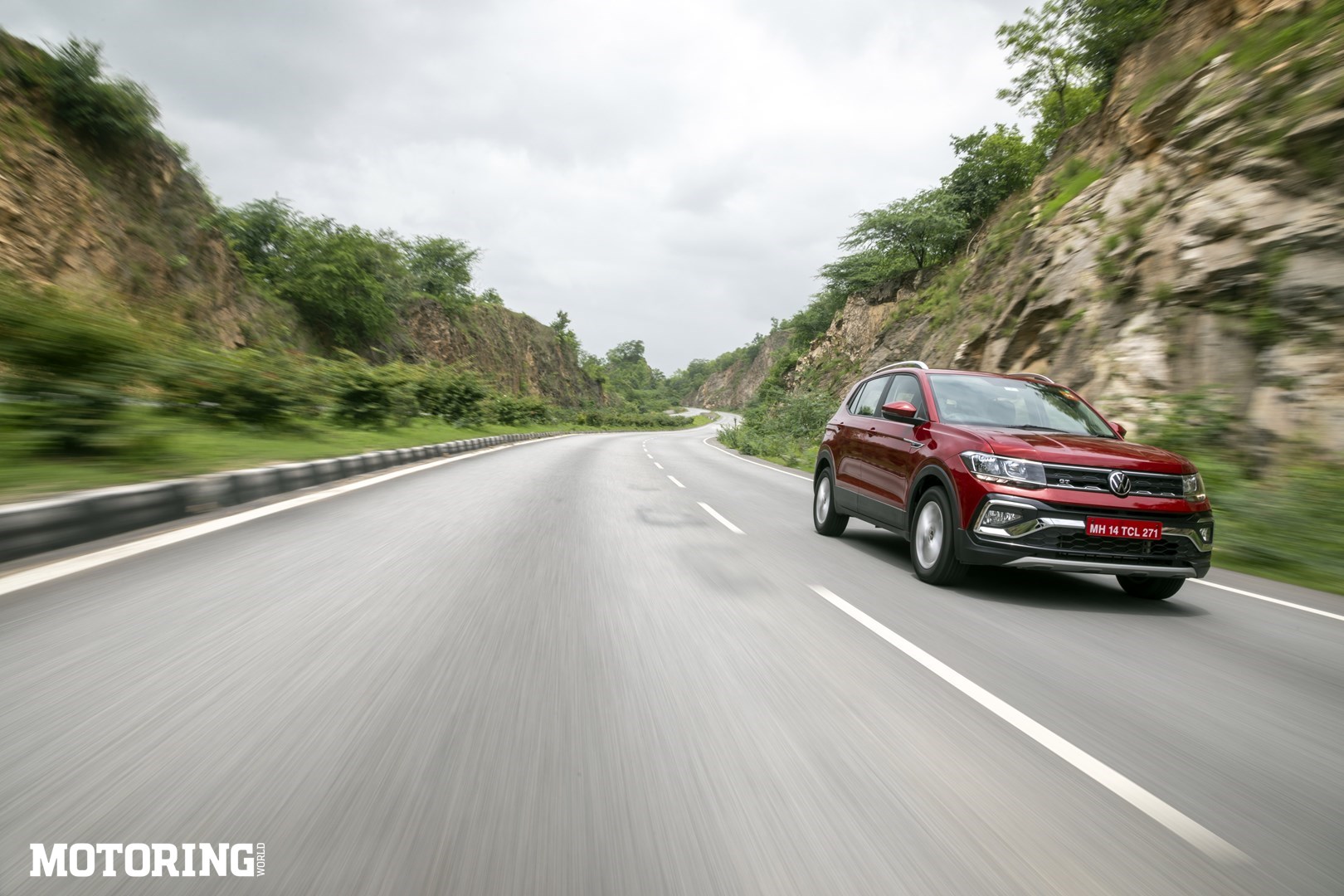 Volkswagen’s make-or-break model for India. With the Volkswagen Taigun, the German brand is entering the extremely competitive (and quite profitable) mid-size SUV segment, where it’ll vie for buyers against the likes of the popular Hyundai Creta and Kia Seltos. It’ll also be taking on the Skoda Kushaq, which shares the heavily localised MQB A0 IN underpinnings and the set of 1.0-litre and 1.5-litre turbocharged petrol engines.

Key differentiators between the Kushaq and the Taigun range from design (inside and out) to overall refinement. Volkswagen says you’d look at the Taigun and know it comes from the VW stables, and I agree. It’s a more youthful take on the Tiguan’s squared-out but rugged appearance and works for this new SUV. The chrome on the front bumpers is said to be to the Indian buyer’s taste, but is excessive to my eyes. What makes the rear rather fetching is what VW calls ‘Infinity LED tail lamps’, which look particularly sweet at night.

To put it simply, the Volkswagen Taigun is for those looking for a fun-to-drive SUV and may be looking to spend more than the Kushaq’s Rs 10.49-17.6 lakh, ex-showroom, India, price tag. It aims to earn that premium you’re going to spend on it by appearing slightly more upmarket on the inside and offering a bit more kit such as the 8-inch digital instrument cluster on the top-spec GT automatic variant. Although it’s easy enough to use and the legibility is good enough at all times, I have to admit I prefer the analogue dials with an informative enough MID that is available on the manual version pictured here. Otherwise, the equipment list is good for this segment but not class-leading. Highlights of the safety features, which are shared with its Skoda sibling, include six airbags, an electronic diff and brake disc wiping.

While neither the Taigun nor Kushaq get some sort of soft-touch material on the dashboard, the VW’s cabin doesn’t seem to lack it. Like on the Kushaq, the Taigun’s seats offer good support and leg and headroom is ample. Don’t let the three-point seat belts for the rear bench mislead you though as shoulder room for three full-size people will be an issue. The red ambient lighting is an excellent touch and does enhance the cabin’s appeal.

Oh yeah!* As predicted when I drove the Kushaq, the Taigun and its Skoda sibling are the most dynamically sound SUVs in the segment. Body roll is well contained, grip is more than adequate when thrown around a corner, and the steering is quite direct, though a little more feel would have been absolute bliss.

None of that hampers their ability to give passengers a smooth ride. Minor bumps don’t really register and it traverses larger craters with maturity. In fact, there’s less sound creeping in from outside in the Taigun, which shows VW’s taken a small, but extra step in beefing up the NVH.

It’s interesting to note that the range-topping Taigun GT variant in automatic form comes with 17-inch rims, while the manual gets 16-inch ones, and that does have an effect on the ride quality; the manual took sharper creases marginally better.

Pretty fast!* Again, the same 148-bhp 1.5-litre turbo-petrol engine powers the Taigun as in the Kushaq and the force (d induction) is strong with this one. VW claims a 0-100 kph time of 9.1 seconds and a top speed of 190 kph when this 1.5 TSI unit is paired with the 7-speed dual-clutch automatic, and that’s not really in doubt.

The Taigun picks up smartly from any speed and can deliver a satisfying enough tug when required. The dual-clutch unit meters out the power quite effectively even when the paddle shifters are used. 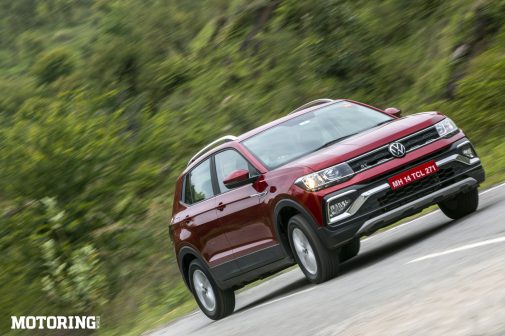 However, it’s the 6-speed manual version that really puts a smile on my face as it can act the hooligan when required, something the dual-clutch unit is just not programmed to do. You may not be able to achieve the same 0-100 kph time or rest your left leg in traffic with the manual, but that doesn’t take away from just how fun it is. Shifts are precise and short and the clutch isn’t a hassle either, which just ups its fun factor.

You bet! Before we set out to drive the SUV, Volkswagen told us that the Taigun moves like you do, and I’m really glad that’s not true. It’s sure-footed at speed, changes direction confidently, and brakes and accelerates with alacrity, which is most definitely not like me. 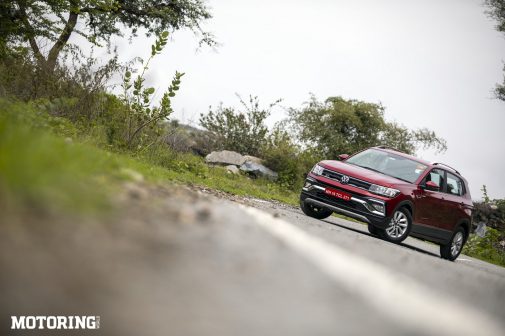 If you’re in the market for a fun mid-size SUV that’s also good-looking and will seat four comfortably, the VW Taigun and Skoda Kushaq are your shortlist. We’ll find out how much more you’ll have to shell out over the Kushaq for the Taigun sometime in late September, but if it’s in the Rs 15,000-20,000 range, VW’s SUV might just be the better pick.

*Disclaimer: For a mid-size SUV