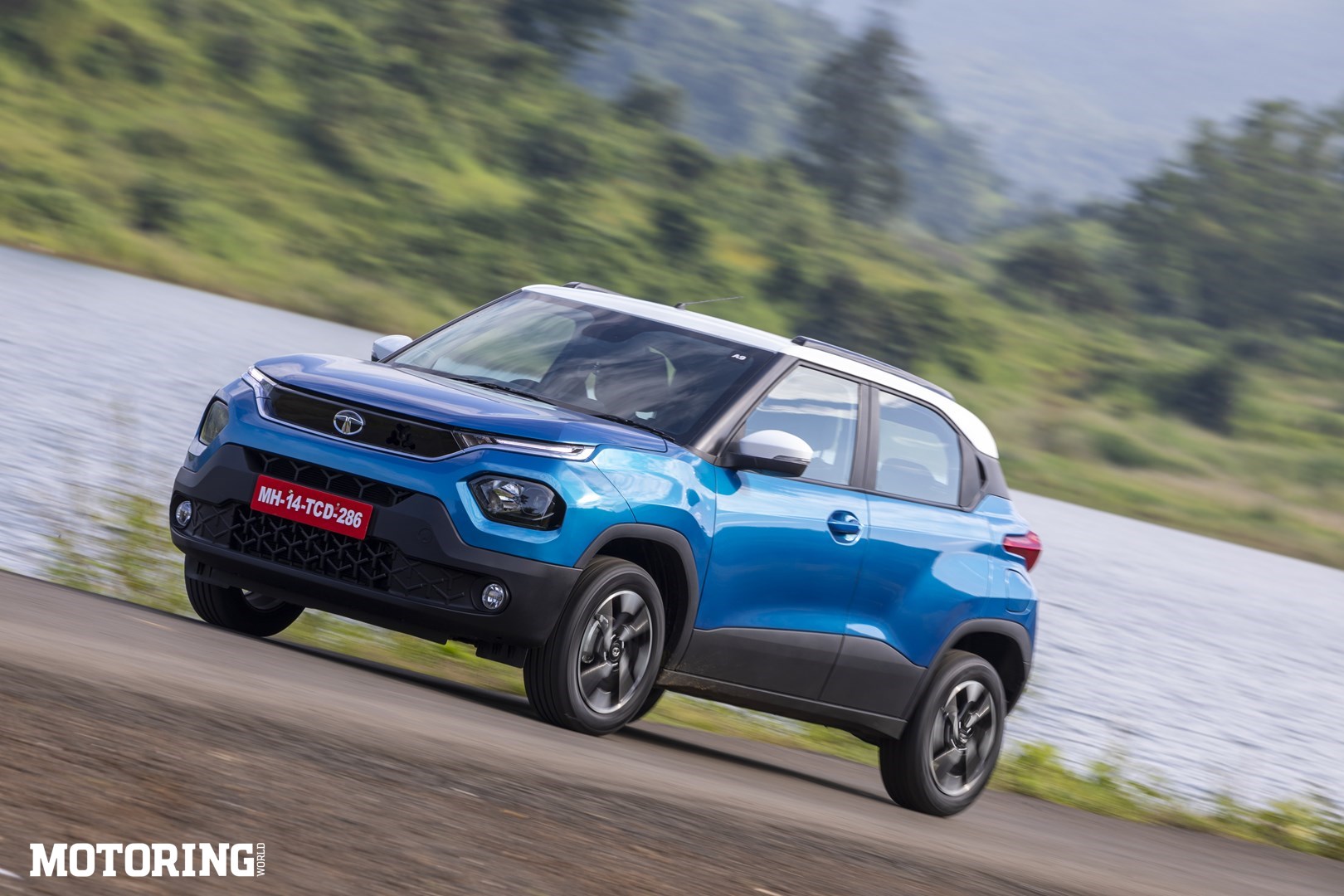 The Tata Punch is an all-new micro-SUV from the Indian brand that promises to deliver a proper SUV-like experience in the most compact footprint possible. It’s based on the same ALFA platform as the Altroz, and was previewed by the beefy-looking HBX concept at Auto Expo 2020. As Tata’s designated driver pulls up outside my house at 5:30 am to hand over the keys to the new small SUV, I immediately notice there’s a presence to the Punch. In the darkness before the dawn in muggy Mumbai, the powerful, yet slim LED DRLs, and the larger main headlight units below it make me believe that there’s a Harrier or a Safari bearing down on me. That’s until I get a little closer and note the distance between the light units — it’s far closer than on the larger SUVs. ‘It’s a micro-SUV, Rivan. Remember that,’ I say to myself, as I move closer to the car in order to get in. The Punch’s ‘Tornado Blue’ finish almost sparkles in the tracking car’s lights, making it look quite premium.

As I step into the cabin (yes, it’s a slight step up, though not high enough to inconvenience the elderly), the door opens nice and wide, just like on the Altroz. What really surprised me was the amount of support the height adjustable driver’s seat offered to my portly frame. I sink into the seat, back and lumbar support is excellent, and thigh support will be good for those of medium height and width. Despite having the seat in its lowest setting, I’m positioned in a manner that allows me a good view out over the long-ish bonnet. The chunky, leather-wrapped flat-bottom steering (shared with the Altroz) feels nice to hold, and as I shift the AMT’s leather-wrapped gear knob into D from N, I notice it fits well and feels upmarket to touch, too.

The 7-inch part digital instrument cluster is familiar for anyone who has spent time in Tata’s midsize-hatchback, and I have the same minor quibble with it — I feel the speedo should be on the digital readout while the tacho should be analogue. The dashboard, with the 7-inch infotainment touchscreen mounted high, is also familiar, but the Tata Punch has rectangular AC vents finished in blue compared to the trapezoidal ones seen on the Altroz. Do note that these similarities with the Altroz aren’t an indictment in any way. In fact, the quality of plastic on the dash is excellent, the white highlights on the doors uplift the cabin, and everything feels hard-wearing.

Room at the back is great for two, though with the front seats pulled back, knee room and legroom will be an issue. The seats themselves are comfy, and offer more than adequate support. However, as you’re sitting a little high, tall passengers may find headroom in short supply. The near-flat transmission tunnel does help if you need to squeeze five in.

As a rule, I connect my phone to the infotainment system via Android Auto as I have no head for directions. Tata’s system works smoothly, making it easy to input our chosen location for the shoot — a drive that involves a good mix of urban roads, state highways, and the Expressway. The Harmon-sourced four-speaker, two-tweeter sound system does a more than respectable job of belting out my adrenaline-pumping morning drive soundtrack as I pull away from standstill.

Speaking of which, it’s a smooth affair, taking off from zero, with nary a hitch from the AMT gearbox. It’s only when the AMT unit has to shift from the rather tall first gear that I feel the typical head-nod associated with this type of gearbox. This prompts me to put it in manual mode, so that I can better control the shifts. It requires a slight shift in driving style, especially coming from my dual-clutch-equipped Polo GT TSI, but letting off the throttle properly, and giving it half a second to shift fully will see you make brisk progress. 0-60 kph is said to come up in 6.5 seconds, though 100 kph takes a whole 10 seconds more. There’s also a 5-speed manual gearbox on offer, but between the two, the AMT is by far the better pick.

Tata says the 85-bhp 1199cc three-cylinder engine — shared with the likes of the Altroz, Tiago, and Tigor — has been tuned for better low-end torque, and even a short drive showed that there is a change. Which is why it’s best to keep this naturally aspirated engine in the 2000 to 4500 rpm range, even though peak power is produced at 6000 rpm. Revving it above 5000 rpm doesn’t result in much more forward movement, but there is a significant rise in clatter from under the bonnet. This unit definitely has notes of a diesel SUV when put through the wringer, which will please those looking for that characteristic in their buy.

As I pull onto the Expressway, the deficit in power becomes more apparent. While cruising at 100 kph makes for quite a fuel-efficient drive, I found the need to shift down to fourth gear to overtake slower moving truck traffic, and needed a bit of planning and strategy to execute it successfully. It’s a real shame considering the way the Tata Punch handles and rides at high speed. It feels planted at all times, even over large undulations and rough patches, and corners with more confidence than you’d think this high-riding crossover should. The twisty sections of the state highway I was on were fun, as the wheels are pushed out to the furthest extremes, but for the tepid engine. The 195/60 R16 tyres were just about grippy enough, but they really shine on patchy sections of road by rounding out sharper creases.

What really came as a surprise was the way the Punch handled actual rough terrain. Tata set up an off-road course to display some of those qualities, including steep rock-filled inclines and declines (approach, departure, and breakover angles are 20.3 degrees, 37.6 degrees, and 22.2 degrees, respectively), side inclines, a water-wading pit (the Punch is rated at 370 mm), and an ice patch. The last bit was used to showcase the Tata Punch’s ‘TractionPro Mode’, which is only available with the AMT model. Essentially, it uses the front brakes to clamp down on the wheel where it detects slip.

Stepping out of the Punch after the bout of off-roading, I have to admit, the mud splashed over it suits it. It still has the SUV presence in broad daylight, and the stance to match. It’ll do a decent amount of rough stuff, morph into a drivable urban commuter, and be comfy on long journeys as well.

To top it off, it’ll be priced in the Rs 6-8 lakh, ex-showroom, bracket, which means it won’t break the bank either. So, if you’re in the market for a rough and tumble urban cruiser, the Tata Punch will be an excellent choice, but for the 1.2-litre petrol engine. The 1.5-litre diesel engine and the 1.2-litre turbo-petrol unit from the Altroz are under evaluation, as is an all-electric version. Those torquier powertrains will be much better suited to what the Punch is capable of, though they’ll only arrive if there’s a significant enough demand for them. Here’s hoping. 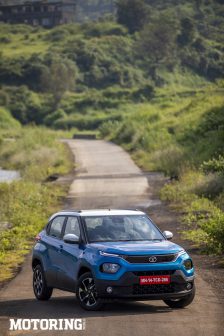