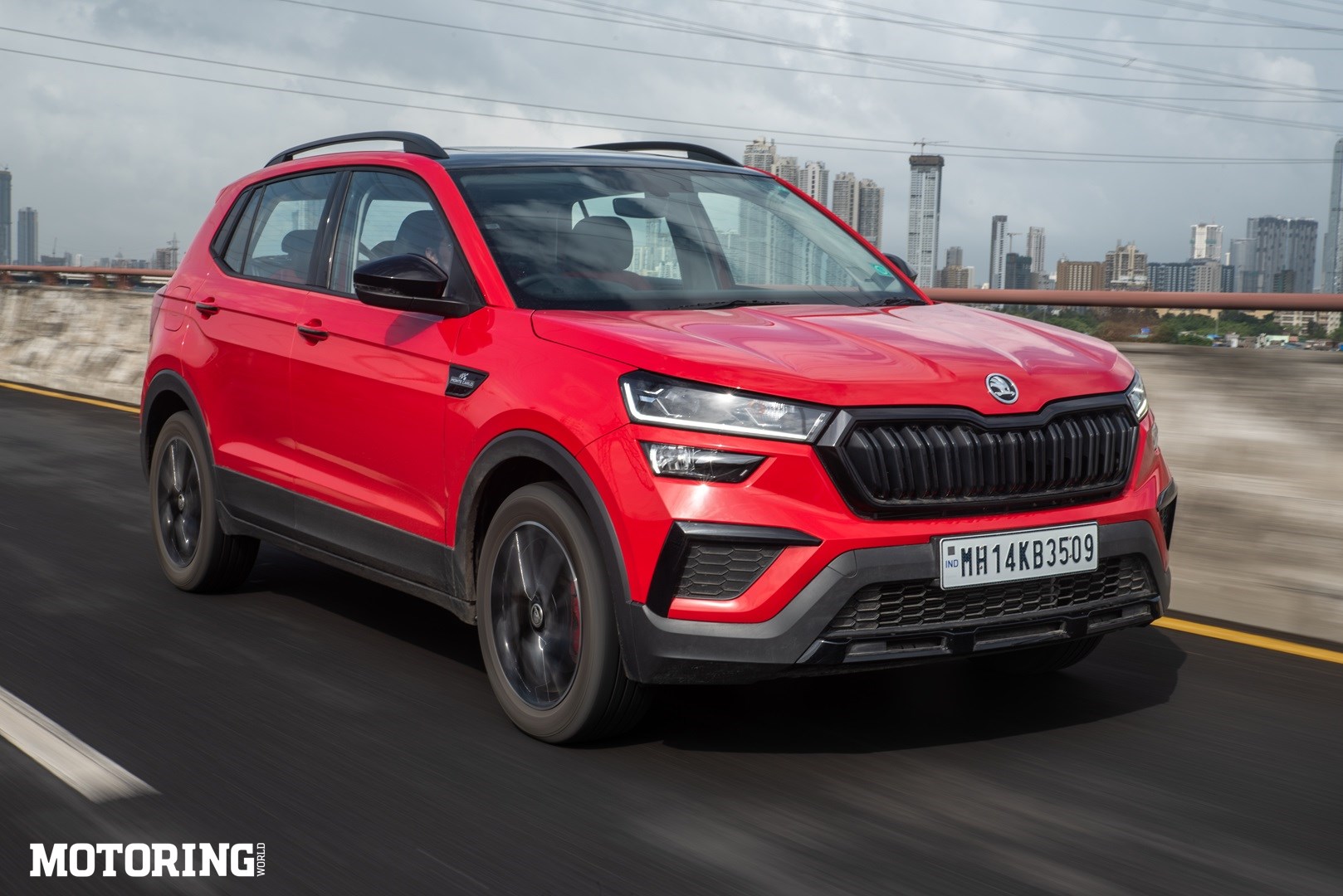 When the Skoda Kushaq Monte Carlo was first showcased in India nearly two months ago, many were quite taken by this range-topping variant. I myself was invited to take a walkaround of the SUV in a Skoda showroom, and I left impressed with the colour coordination, and the overall aesthetic. However, when prices for the Kushaq Monte Carlo were announced on May 9, I was taken aback. A Rs 70,000 premium for some cosmetic bits and a bit more equipment? Well, I had to know whether it was worth it, and if the drive experience was enhanced by these embellishments. 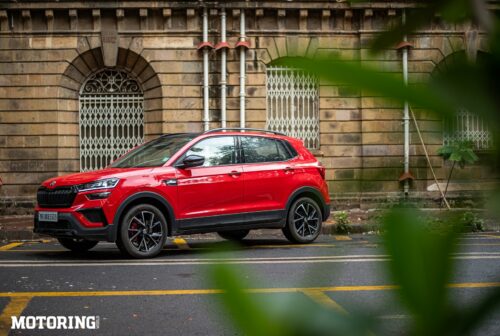 As I said earlier, I was quite taken with the red and black finish that Skoda has used for the Kushaq Monte Carlo. It goes well with the athletic theme this SUV portrays, and the way it’s been done is certainly very appealing. From the tasteful Monte Carlo badges on the front fenders to the gloss black finish on even the Kushaq and Skoda badges, this version of Skoda’s midsize-SUV definitely looks the part of a sporty car. I also like the 17-inch dual-tone ‘Vega’ alloy wheels, and the red brake calipers that are available on the 1.5-litre versions. 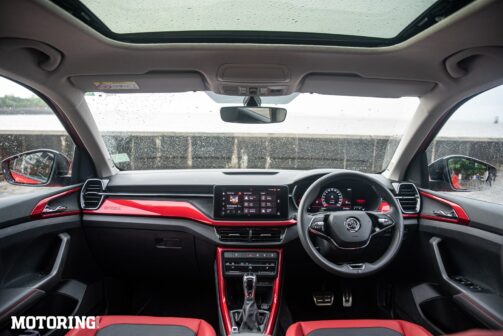 The interior of the Kushaq Monte Carlo has also been uplifted in a similar manner. The red and black theme continues inside — parts of the dash, the door, and the centre console feature red plastics, while the seats and steering get red stitching — and the red ambient lighting accentuates that sporty trope. The brushed aluminium pedals are also a nice touch, and gel with the gear knob and central line on the dash quite well. Overall, the quality of the plastics also seems to have improved by a small margin over the standard Kushaq, making this interior seem more premium. 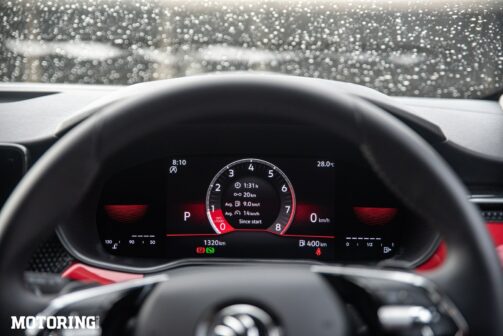 Although I’m not a fan of digital instrument clusters in general, and tend to prefer analogue dials, I think the 8-inch one with the red theme in the Kushaq Monte Carlo suits the car. I’m still not happy that there’s an unnecessary amount of space on either side of the digital display, but that’s a small quibble. Other than this addition, there isn’t any change to the Kushaq’s equipment list, which is no bad thing. Skoda’s midsize-SUV has been a well-equipped car, both in terms of convenience and safety features. It may not match up to the likes of the Hyundai Creta or Kia Seltos, but you won’t miss most of the features, other than a panoramic sunroof. 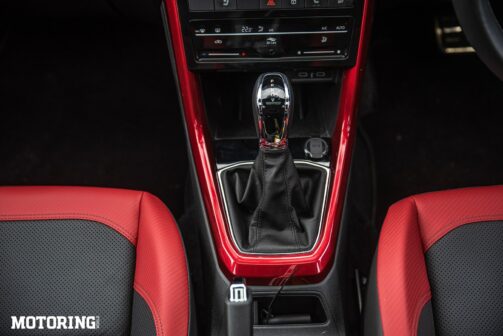 Mechanically, there’s nothing to differentiate the standard Kushaq Style variant from the Monte Carlo. It is available in all four engine and gearbox options — the 114-bhp 1-litre turbo-petrol with manual and torque convertor automatic options, and the 148-bhp 1.5-litre turbo-petrol with manual and dual-clutch gearbox options. This, I feel, is somewhat incongruous with the Monte Carlo badge, as this badge is meant to pay homage to Skoda’s Motorsport Heritage, and you don’t get that sense when you drive this Kushaq. 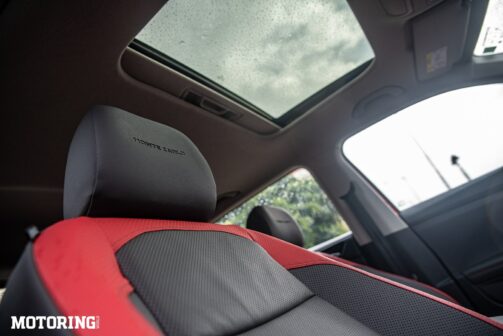 Not that the Kushaq is a slouch by any regard, especially in this 1.5-litre avatar. The engine has more than enough shove, and the dual-clutch gearbox brings out the best of the four-cylinder turbocharged unit. Ride quality at low speeds can be a little jittery and sharp ruts may filter through, but on a twisty road, there’s almost nothing like the Kushaq when it comes to driver enjoyment. The paddle shifters enhance the sense of control, and you can push the Kushaq Monte Carlo (or any of the Kushaqs for that matter) quite hard into corners. 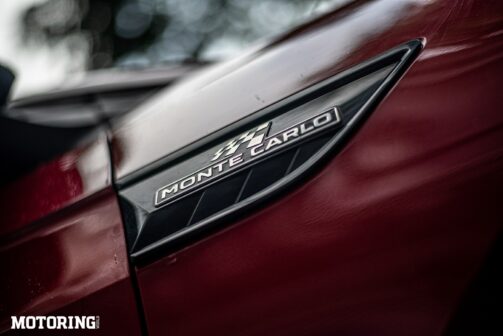 Despite the red calipers, the brakes haven’t been upgraded in any significant way, and maybe rear disc brakes would have enhanced the drive experience. It’s not that the front-disc, rear-drum set up is lacking per se, it’s just that the Monte Carlo feels too similar to the standard Kushaqs to drive, and that is a bit of a let-down in my book. Which means, I don’t think that the Rs 70,000 premium isn’t completely justified. I know I might be in the minority with that opinion as a car’s looks are rather important to the Indian buyer, and most may gladly part with the extra money to buy the Kushaq Monte Carlo. Still, a level of greater driver involvement would have absolutely sold me on it. Here’s hoping Skoda is listening.