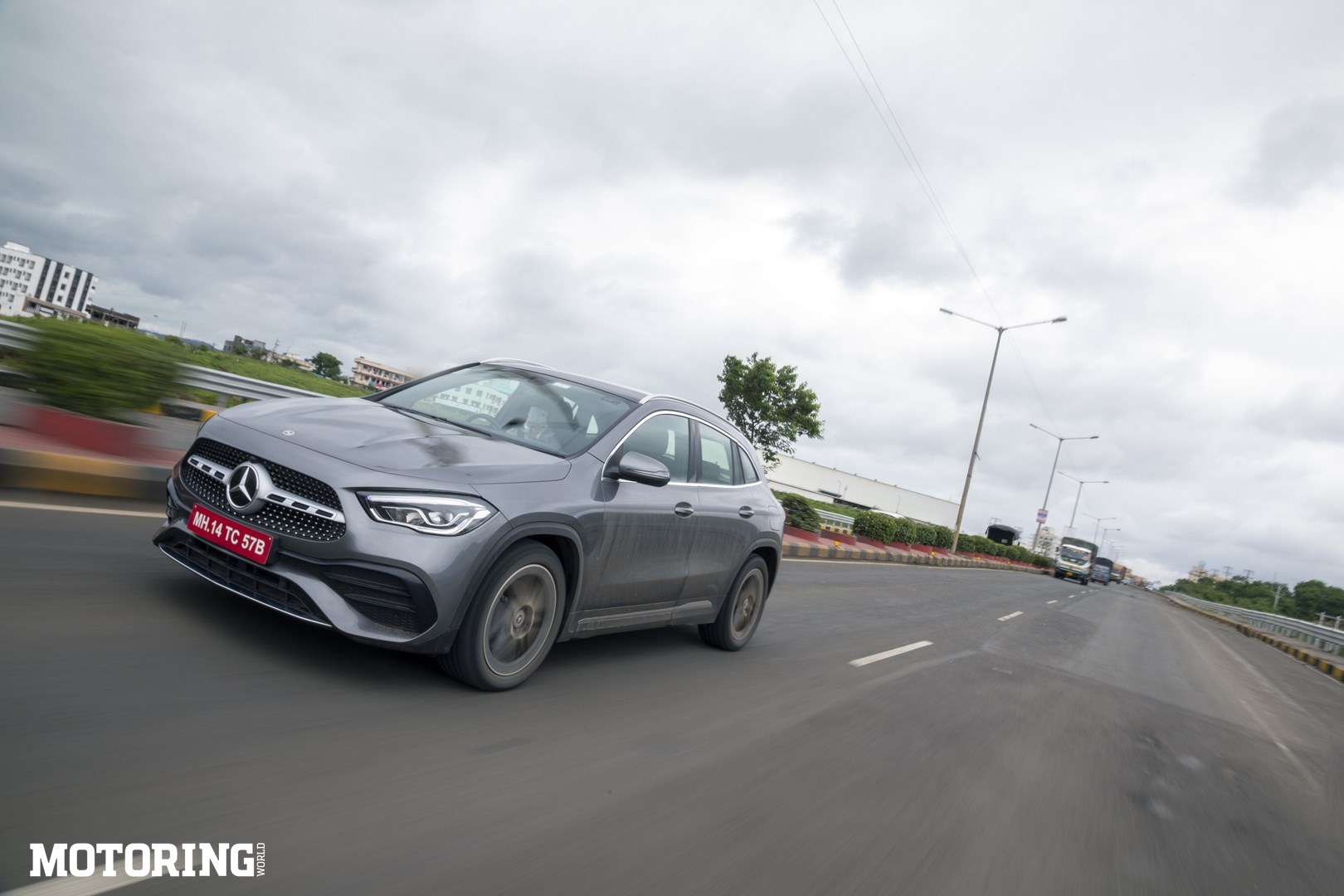 As its name implies, the Mercedes-Benz GLA 220d 4MATIC is the diesel-powered all-wheel-drive version of the petrol GLA we drove a little while ago. Priced at Rs 47.70 lakh, ex-showroom, India, (a lakh higher than its introductory launch price), the GLA 220d 4MATIC costs over Rs 4 lakh more than the GLA 200 petrol.

Unlike the GLA 200 and the standard GLA 220d, which come in Progressive Line form, the 4MATIC version is only available in the sportier AMG Line trim. More aggressive chrome-trimmed front and rear bumpers, with the latter getting a faux diffuser element, along with larger 19-inch alloy wheels, are the major visual differences between the all-wheel-drive GLA and its front-wheel-drive counterparts.

It’s for those who want a nice-to-drive compact luxury SUV with a good deal of tech. However, those looking for a typically M-B rear-seat experience may be disappointed as, overall, the GLA seems to place greater emphasis on the front-seat occupants. The GLA comes across as a great albeit expensive option in its segment where it contends with rivals like the BMW X1, the Mini Countryman Cooper S and the Volvo XC40.

Mercs without an AMG badge aren’t usually the best-handling cars, but the GLA does stand out for the way it goes around corners. Mercedes’s 4MATIC all-wheel-drive system is a well-sorted one, delivering power to the rear wheels in adequate doses when required. Although I didn’t get the opportunity to test out the off-road mode, the system does add immense amounts of grip on wet, ghat roads, providing a great deal of confidence when cornering at speed. Body roll is well contained, too.

It’s pretty quick. The 188-bhp 2.0-litre diesel engine, which makes 40.79 kgm of peak torque, matches the GLA’s potential better than the 161-bhp 1.3-litre turbo-petrol unit. Mated to an 8-speed dual-clutch gearbox, this diesel engine is, dare I say it, sporty — Mercedes claims a 0-100-kph time of 7.3 seconds and a 219-kph top speed. The unit revs to its redline with ease, though the gearbox keeps the engine in the meat of its rev range and is always ready to provide a surge of acceleration. There is some clatter from the engine at idle, though this smoothens out as the tacho needle climbs.

It’s definitely more fun than the petrol-powered GLA and well worth the extra Rs 4 lakh it commands. The combination of the torquey engine, the quick-shifting gearbox, the 15-mm-lower suspension setup, the electronic nannies, and the AWD system, egg you on until the tyres squeal. We’ll have to line it up against the Mini Countryman and the BMW X1 — both of which are known for their dynamism — to know for sure, but first impressions suggest the GLA 220d 4MATIC is a fun alternative.