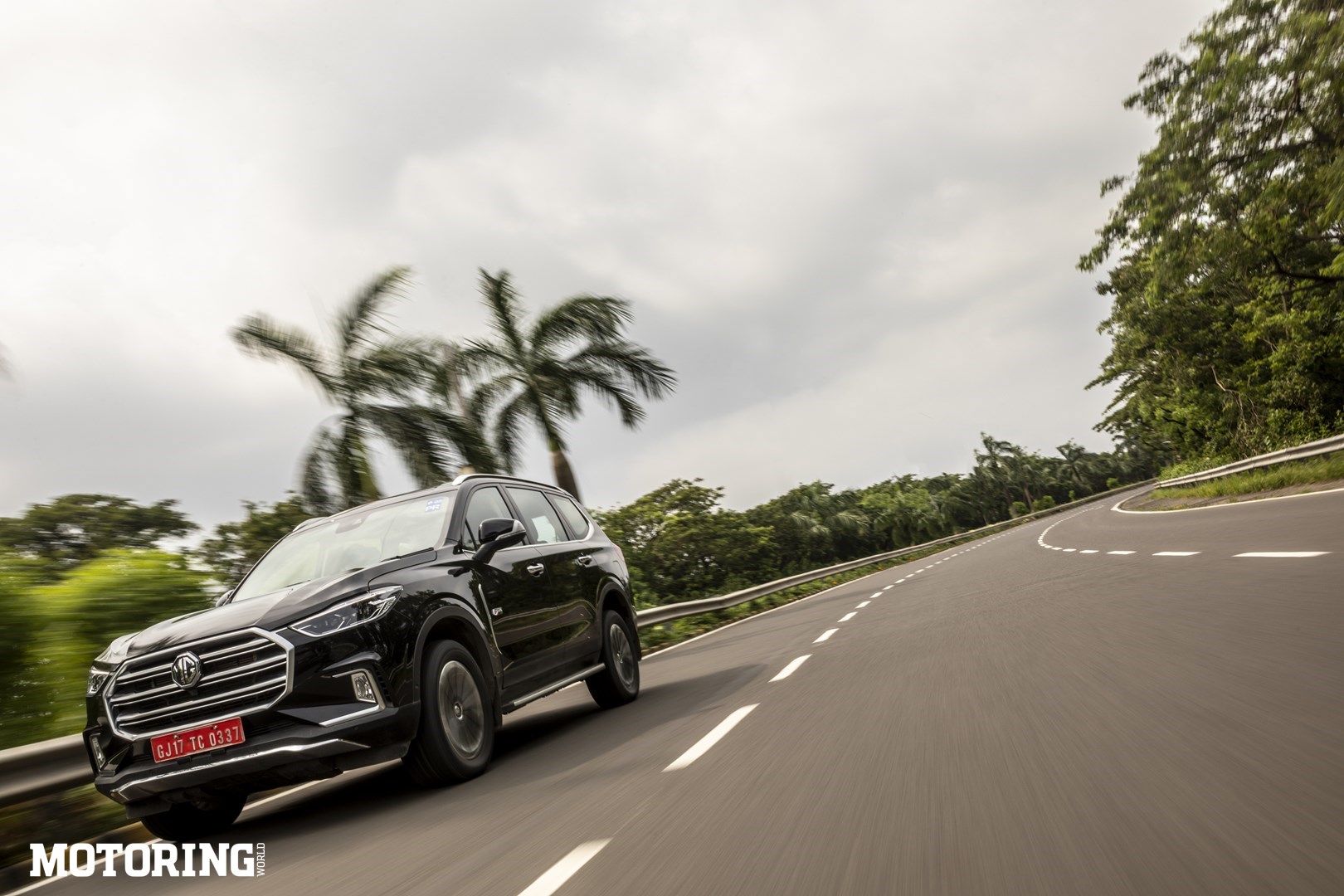 Let’s start with the name. Just like with the Hector, MG’s got hold of another British handle. The Gloster takes its name from a British-built biplane fighter of the 1930s, the Gloster Gladiator. Unlike the plane, though, the SUV isn’t British-built — it’s a rebadged Maxus D90. There’s nothing wrong with that; it isn’t the first time a manufacturer has done it, and it’s nowhere close to being the last time, either. 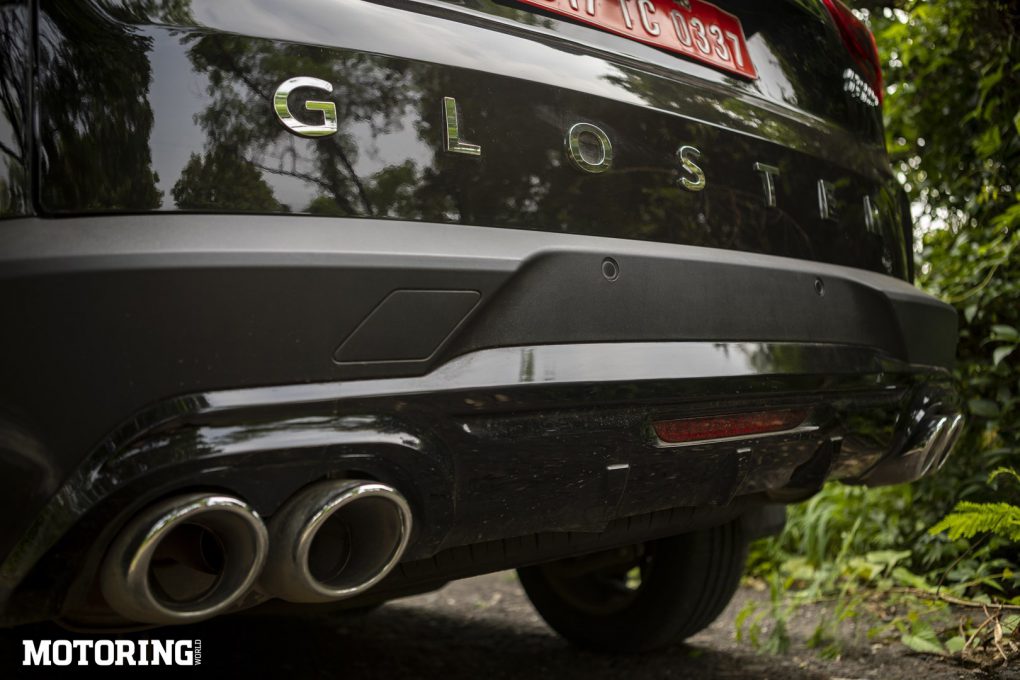 The Gloster isn’t difficult to spot due to its mega footprint, but if you still fail to recognise it from afar, you can still confirm it. How? MG has strategically placed a ‘G L O S T E R’ badge just above the rear bumper in the most spaced-out manner possible. Honestly, I haven’t seen anything like that even in the oddest of aftermarket jobs. Then you have MG’s familiar ‘Internet Inside’ badge as well. This time, however, it’s accompanied by another badge, just so it can further establish its English roots, a ‘Brit Dynamic’ badge on the front fenders. If that makes it British, should I be afraid of my friend’s car that sports a ‘Decepticon’ badge?

On the roads, the Gloster is a well-proportioned SUV irrespective of how imaginative MG has been with its badges. Of course, it does come with a generous amount of chrome on it, and that’s how the majority of SUV owners like it. Here though, the chrome isn’t in your face; it is evident, but not overdone like on the Hector. Personally, the less the better is the story. Also, I don’t mind the fake dual-exhaust tips, they do go well with the Gloster’s footprint. And the fact that MG has bolted on decent 19-inch multispoke alloy wheels elevates the Gloster’s road presence.

If you ever run through the Gloster’s insanely long list of features, you’ll realise that most of the time you won’t use half of them. As for the basic ones, it has got adaptive LED headlamps with steering-assist cornering lamps and LED DRLs along with LED tail-lamps. Inside, the Gloster gets three rows, captain seats in the middle, and a flat bench in the third row which is suitable for kids. Its interior has an upmarket feel with brown-wrapped upholstery and soft-touch materials all around.

On the driver’s side of things, you have a commanding view of the road. As with the electronics, it gets the usual plethora of connected features along with blind-spot detection, automatic emergency braking, forward collision warning, tyre pressure monitoring system, among many others. The blind-spot detection was the most useful of the lot; whenever there was a vehicle approaching, it would notify me by flashing an amber light on the glass of the outside rearview mirrors.

Also, the driver gets to enjoy all the goodies like the seat massage, ventilation and heating whereas the co-driver seat only gets the heating option. But the co-driver has the last laugh because their side has a bigger armrest, buttons for ventilation and heating and even the drive-mode knob. The driver is left with a cup holder and a few buttons to switch things like hill-descent control, traction control, automatic parking assist, differential lock, and lane-departure warning. But it was really quite thoughtful of MG to at least redesign the gear shifter for our market.

Coming to the driving bit, the Gloster has 4WD all-terrain modes, but we spared its off-road abilities for a later day. It’s not a fun-to-drive car, let me put that out first. Even the laziest of sloths would change directions faster than this, and pushing it around a winding section of road will make you seasick. In Sport mode, the twin turbos take their own sweet time to come alive, and when they do, the motor instantly runs out of breath. Don’t get me wrong, the Gloster is an exceptional cruiser on the highway that floats on rough roads and undulations with ease; not once did I find myself complaining about its ride quality. 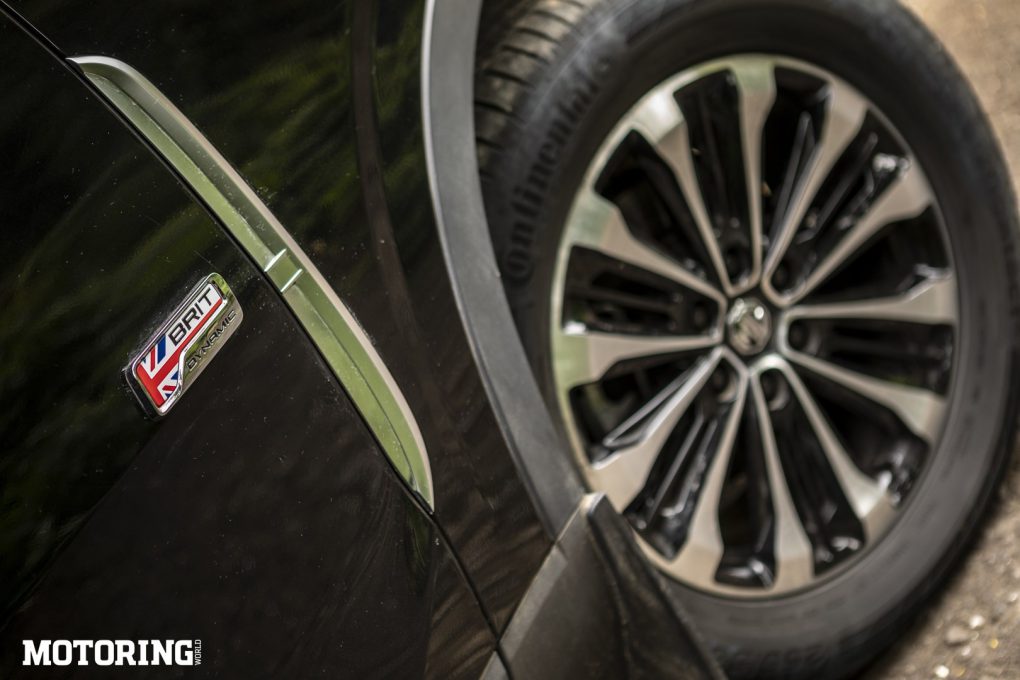 Of course, it was quite a task driving around in the city traffic, thanks to its footprint. But it gets better with time and with the help of front and rear parking sensors, automatic parking assist, and a 360-degree camera. The graphics and resolution of the camera did remind me of the first Need For Speed, though I think MG will sort that out in future software updates. Apart from that, everything else seems manageable, except that I am still curious about the ‘Brit Dynamic’ badge. MG might have an ace up its sleeve, if the Gloster manages to undercut the others in the big-boy segment. Is that a possibility? Most definitely. And if it does, then the Gloster is definitely a behemoth you should consider bringing home. Just make sure to keep it on a straight road. 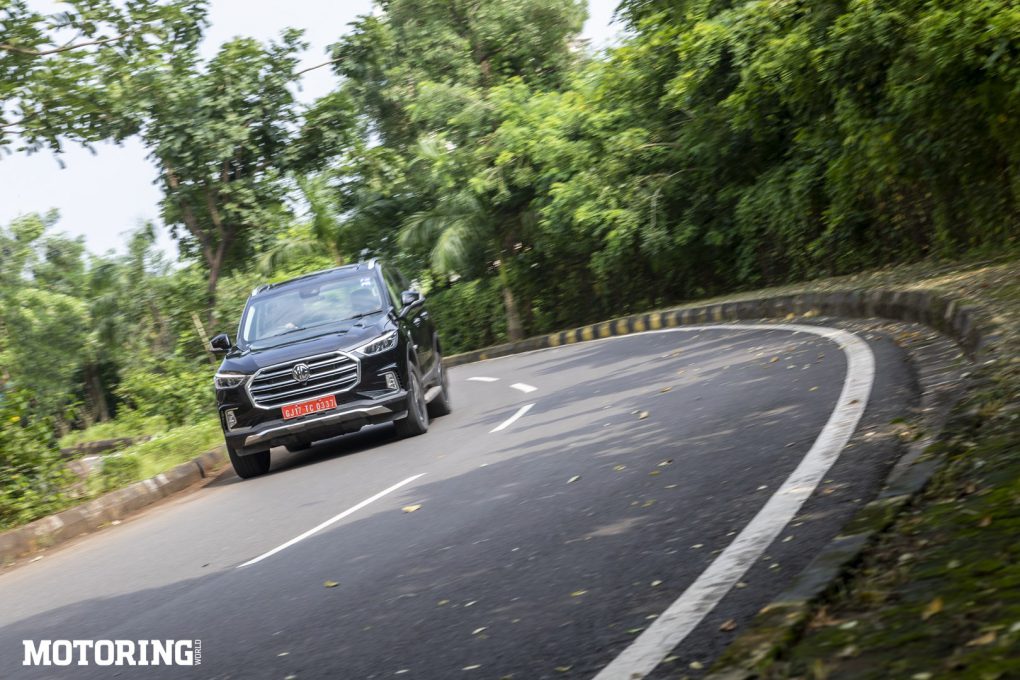