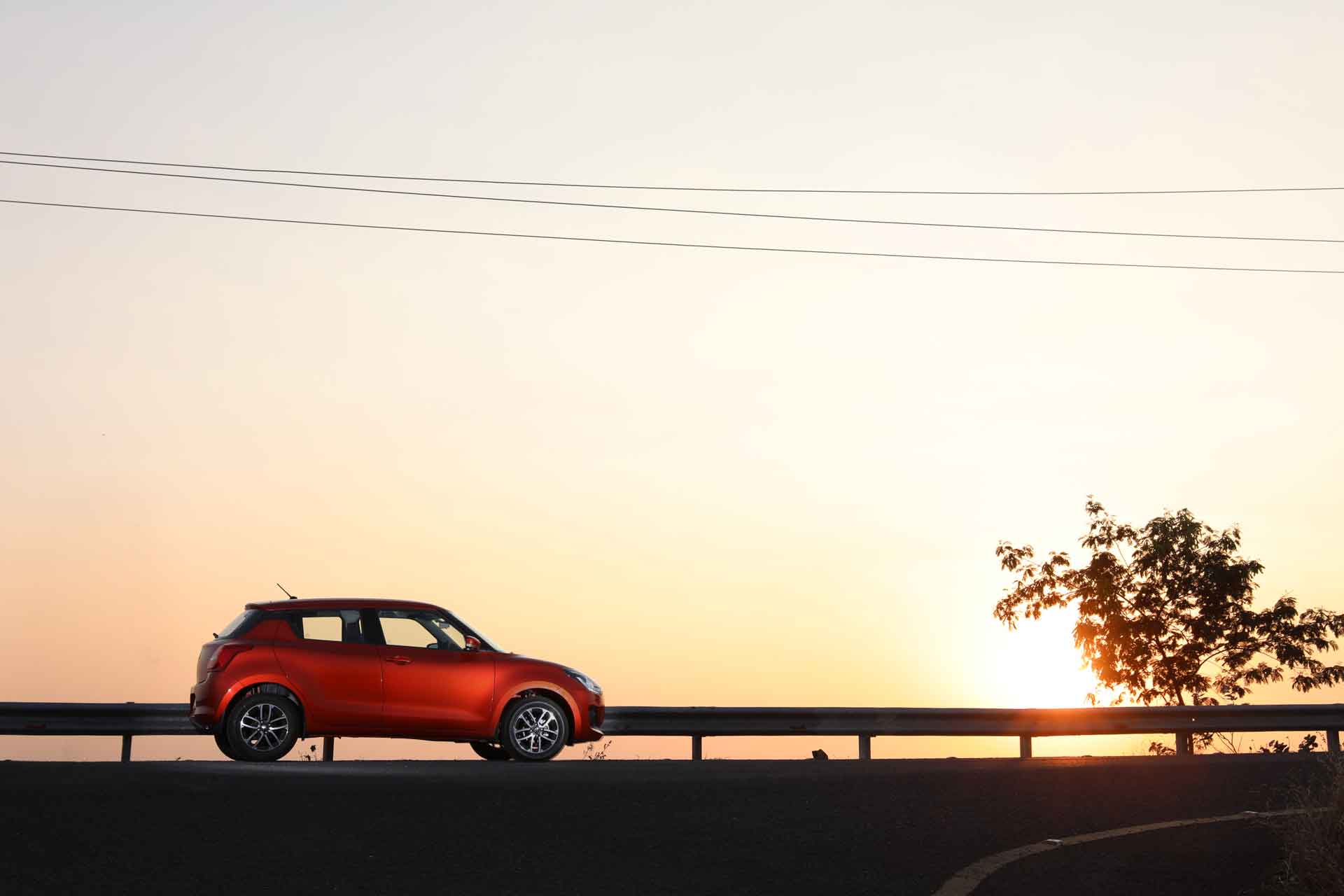 It’s so rare to have a car that does extremely well in a market in almost every sense. That’s been the story of the Maruti Suzuki Swift in India. It’s now in generation three, and while the jump from the first generation to the second was mild, this new one, to be launched at the Auto Expo next month, is a much bigger jump. A revolution? Not really, but it comes pretty close, I’d say. 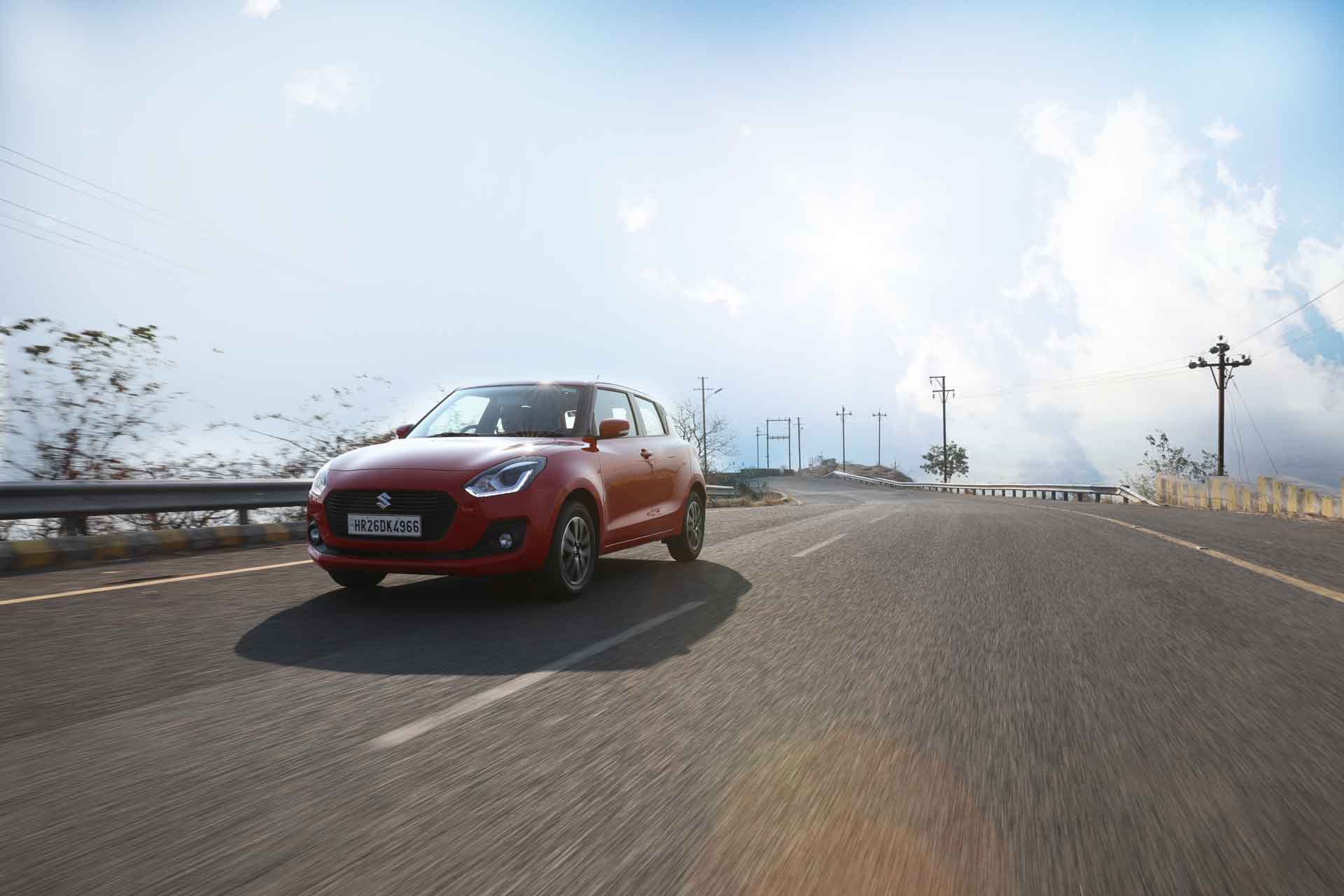 Does it still manage that crucial balance of being very good at almost everything? Well, yes and no. One thing at a time: I love the way it looks. You can make your mind up about it, but the stand-out bits, for me, are as follows: the front is a bit familiar now thanks to the amount the Dzire sells, so that’s probably not the best thing about it, but it’s still one heck of a looker, so it’s a highlight. The alloys are re-done and get some lovely detailing, and I think that’s a big plus. They’re 15-inchers and look great, but 16s and a wider profile would have done it wonders. The tail-lamps are works of art, but only in the day. At night it looks like any old lamp cluster. Still, though. Lovely work. What I didn’t appreciate is how the rear door handles have been moved to the C-pillar. It looks great on the move, but it takes time getting used to, and it feels pretty awkward while getting in. 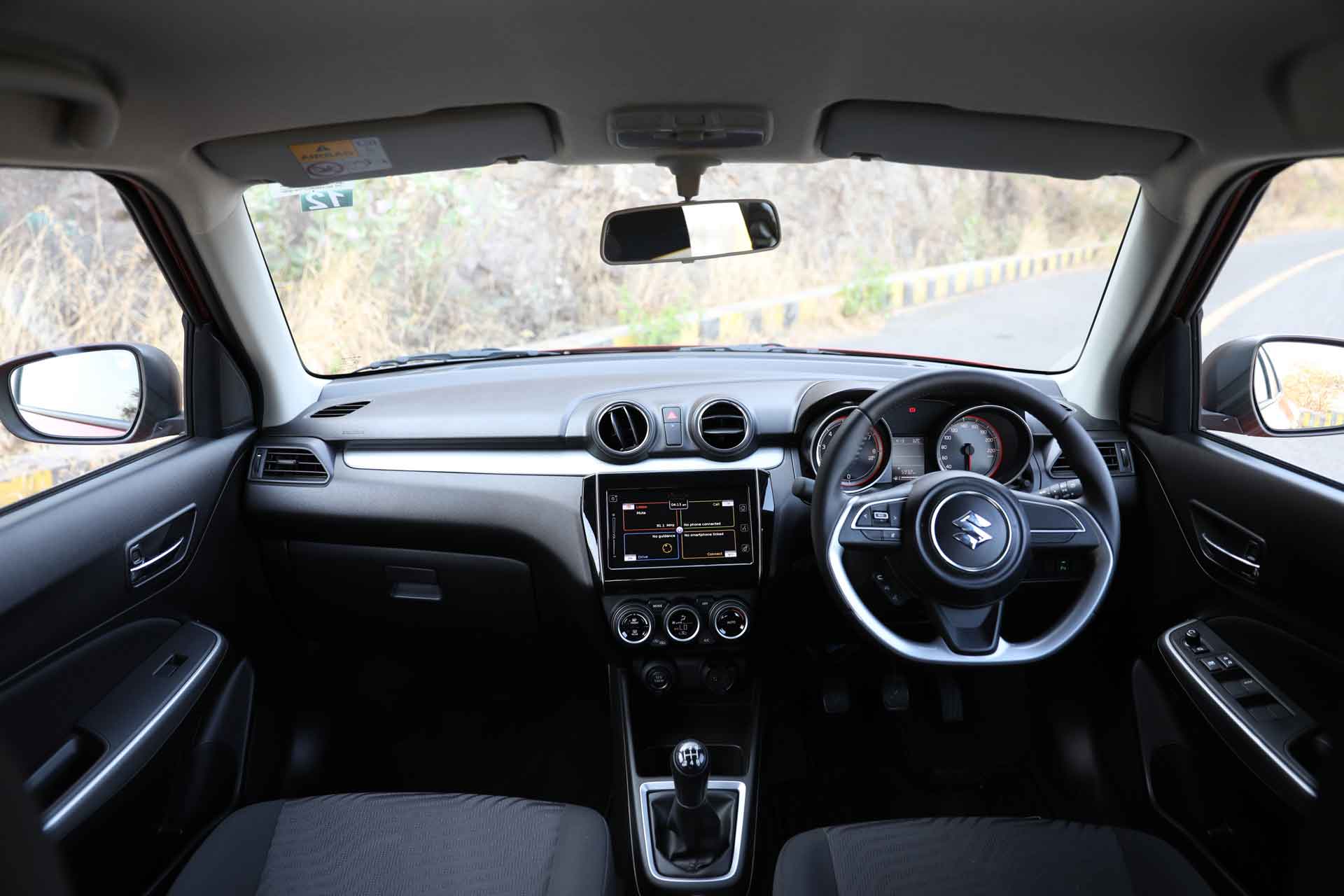 On the inside, things get pretty interesting. There’s a nice, flat-bottomed steering wheel and the instrument cluster is almost the same as the Dzire’s. The only difference is that the two pods get a red ring around them. Again, it looks pretty good, as does the touchscreen infotainment system. Interestingly, the climate controls are now housed in three pods below the touchscreen and everything is controlled by rotating the pods on the right and the left, and a few buttons that have been placed amongst them. It’s been executed very nicely and has a pretty premium feel to it. What I think could have been done a little better is the all-black treatment to the interior. It looks great in the beginning, but after a while you crave a bit of colour to brighten things up in there. The seats are new as well and have a bit of extra bolstering that helps when you’re driving a bit hard, and it’s even pretty nice at the back where there’s now more legroom thanks to the longer wheelbase.

Now, the crucial bit: the engines. The new Swift comes with the same options — the 1.2-litre K12 petrol and the 1.3-litre DDiS 190 diesel. That’s not a particularly bad thing; in fact, it’s pretty good. It’s just that you expect the Swift to be a fun-to-drive car, and in that respect, a little more power would have been a welcome addition. Rumours are that Maruti might just bring in the 1.0-litre BoosterJet engine from the Baleno RS in the future, and that might help things along, admittedly. 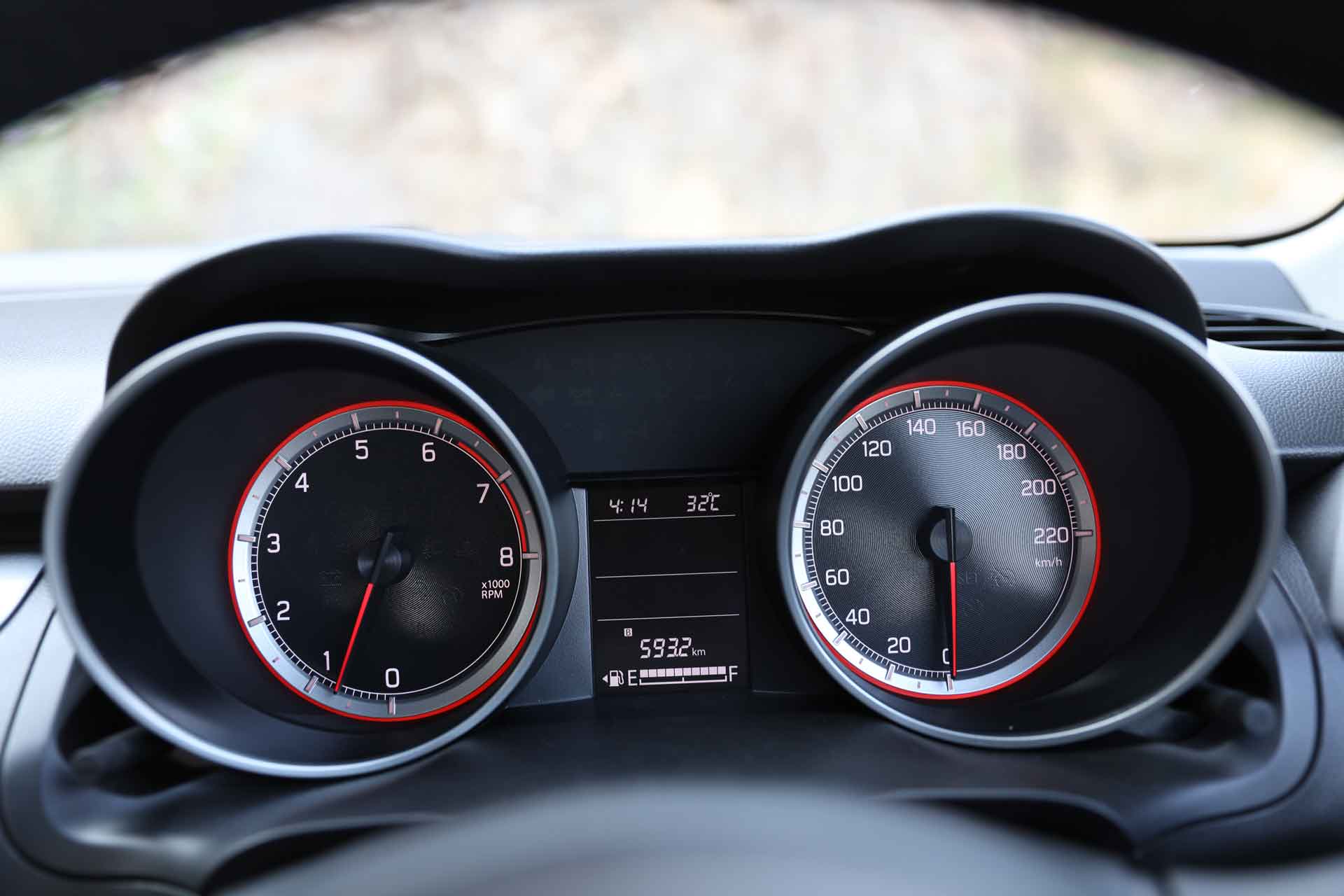 The point is that they’re good, capable engines for the Swift, and leave you happy for the most part. Just don’t expect to win too many unscheduled, unscripted races in it, especially the petrol. What’s interesting is that Maruti has given the option of its AGS (Auto Gear Shift) on both the petrol and diesel, but only on the mid-spec V and Z variants. This is because it felt that mot of the buyers for an AMT are looking at these two variants, and not the top or bottom specs. Makes sense, but it would have been nice to have the option of a top-spec AMT, too, if you ask me.

How do they drive? Pretty good, the diesel and petrol both. They’re quick enough, extremely efficient, and quick city runs suit them well. Admittedly, they do feel a bit out of breath on the highways, and the ride has been tuned to be a bit softer (again, a response to the customer feedback) so it doesn’t feel as pliant as I’d expected it to be at higher speeds. It’s nothing to moan or complain about, but you feel it nonetheless. The handling? It feels a lot more planted than the previous Swift, and this in turn gives you the confidence to go a bit harder into corners, but once again, it’s best not to push it out of its comfort zone. 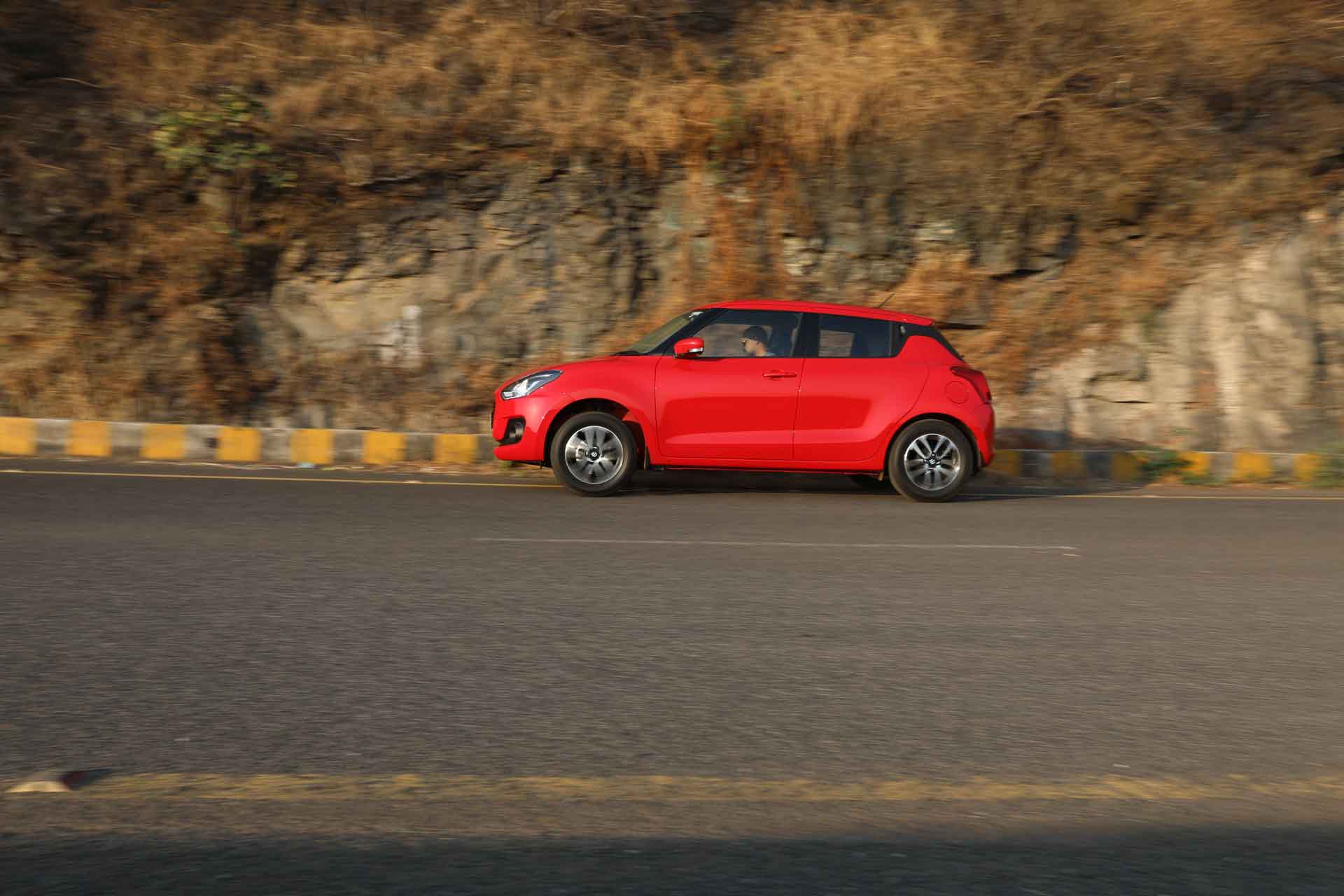 There will be a detailed write-up of the Swift’s driving abilities in the February issue of Motoring World, so pick that up if you want to know more, but for now you should know that the third-gen Swift fits the bill as the successor to the wildly popular car we know and love. It’s taken everything a step forward, and it will no doubt sell in ridiculous numbers once again. Speaking of which, you can actually book one right now, if you so please, for a paltry Rs 11,000 from any one of its 2000+ dealerships across the country. As for the price, that’ll be known at the Auto Expo in February. Still, I doubt it’ll hardly matter. People will lap the Swift up regardless of the price. As they should.

You can enjoy more photos of the 2018 Maruti Suzuki Swift in our image gallery by clicking here.