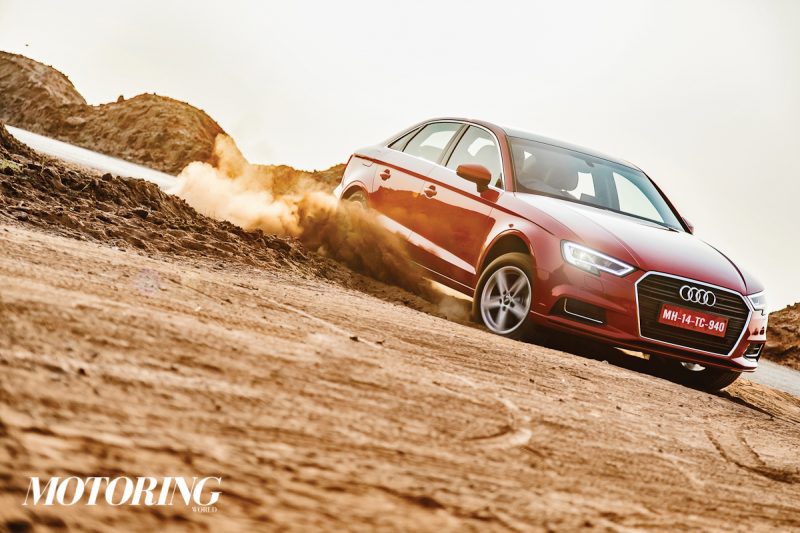 The Audi A3 is one of those shining examples of cars seemingly done extremely right, and at the same time you can’t shake the feeling that there’s something glaringly wrong. I know, it’s a start to a story that gives quite a bit away, but I’ll use the rest of the space I’m allotted to explain what I’m on about.

I absolutely love the A3. How couldn’t you? Were I to explain to someone why I think the least expensive Audi is a fantastic buy, like I had to a few days ago, I’d have reams of information to play with. To start with, there’s the way it drives, which is more important to me than, say, the ability to flaunt the fact that it comes with an Audi badge to someone who obviously couldn’t care less even if you were screaming it to him from on top of the roof in your birthday suit. There’s a 1.4-litre turbocharged four-cylinder petrol engine working away under the bonnet as an option that just makes the A3 an absolute joy to drive. It’s true that it’s not as explosive as the 1.8-litre petrol that used to power it, but to play the efficiency game, Audi had to bow down and downsize. Pity. I do admit, however, that not all seems to be lost. Sure, it makes less power and is consequently slower, but I’m sure your stopwatch-strapped friends won’t mind getting to 100 kph in 8.2 seconds and on to a top speed of 224 kph. It could be worse.

Like I said earlier, though, this was done in the name of efficiency. To that effect, the dual-clutch auto ‘box and the cylinder deactivation system that Audi employs enables the petrol A3 to give you 3 kpl more than the previous A3. That’s none too shabby by anyone’s standards. The thing that’s most impressive, however, is that other, ‘dirtier’ engine — the 2.0-litre diesel. It’s a hard ask for me to get excited about an engine that’s not a petrol, and yet this one does it. It was there in the previous A3 as well, and it’s been carried over unchanged — a fact I’m absolutely delighted about. There is very little that the A3 diesel can’t do over the petrol. To live with, it’s easier on the pocket, it’s about as refined as the petrol, it makes a decent amount of torque, the turbo lag is almost non-existent and the best bit is that it barely even sounds like a diesel. How on Earth are you doing this, Audi? It makes 141 bhp and 32.6 kgm and this makes it very, very eager. It’s like a little pug adorably snapping at your heels every time you so much as think of making it go for a run. It’s even pretty capable around the bends thanks to the steering feel and feedback. I just wish it had rear-wheel drive so that it could incite a bit more humour to the drive.

What I also think Audi missed is the fantastic Virtual Cockpit feature that makes its debut on the new A4. It doesn’t even get Android Auto or Apple CarPlay, so that’s a bit of a bummer. Other than that, the minimalist feel associated with the previous A3’s cabin remains, which is not to say that it doesn’t feel premium, because it absolutely does. Backing up this claim is stuff like two-zone climate control, a 7-inch screen (don’t bother touching it because you can only access it via the knob on the centre console. I made that mistake), a sunroof for when your dogs need a bit of air, a reversing camera, and even a cool wireless charging pad for your phone in the front armrest. Very well-equipped, then.

What I just can’t wrap my head around, though, is the rear, and this is where my opening line takes centre stage. It’s just not practical. When the time came for four of us to sit in the car, I graciously gave the keys away and went where I rarely go — the back seat. It is cramped. My head nearly hit the roof on several occasions and the legroom was immense, if you don’t factor in my legs. It’s not nearly enough that the rear seats are comfortable, but the fact remains that this is a four-door sedan. What’s the point of the back seats if all you can cram in there are a few packets of chips? For the money, and I don’t even know how much the new A3 will cost because Audi hasn’t launched it yet, just hop over to the Skoda showroom and pick up the new Superb, won’t you? It just seems to make a whole lot more sense. I’m sure Audi won’t mind as much, either, since the money all goes to the same parent anyway. Then again, the new A3 Cabrio… now that’d be worth spending a silly amount of money. I dare you to disagree.