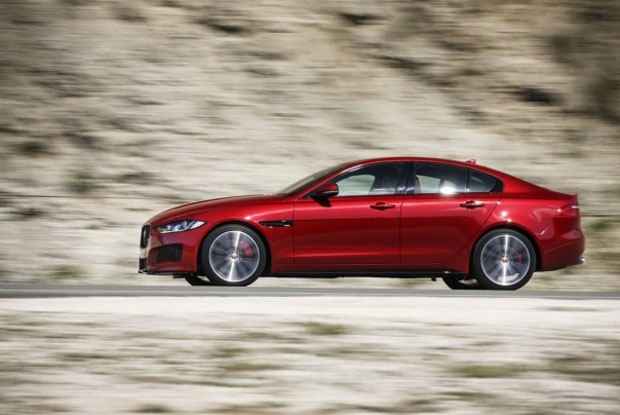 This is Jaguar’s big moment. For years, the iconic British marque has produced cars that appealed to the niches, rarely ever stepping into the ordinary. With the exception of the XF, all Jaguars catered primarily to the indulgences of the affluent. The XE is a very big step in a very different direction for Jaguar, then. Is it really worth the hype, though? Well, there is only one way to find out, isn’t it?

WHAT IS THE XE?

To begin with, the XE is Jaguar’s first compact executive sedan since the long-gone X-Type based on the Ford Mondeo. All references to Ford are now forgotten thanks to being based on JLR’s all-new iQ modular platform which also forms the basis of the globally-unveiled 2016 XF. The very same platform will also be employed in the F-Pace SUV, another first for the marque. The XE is basically a four-door sedan with a strong sporty flavor without compromising on the typically Jag traits of opulence and luxury.

WHY IS IT IMPORTANT?

Mercedes-Benz, Audi, BMW and Volvo will tell you that in great detail. The XE is pitched squarely against the C-Class, the 3 Series, the A4 and the S60 sedans – a supremely important segment not just in India, but also the world over. Widely considered as a stepping stone into the world of luxury cars, this segment is crucial for manufacturers looking to sell by the thousands.