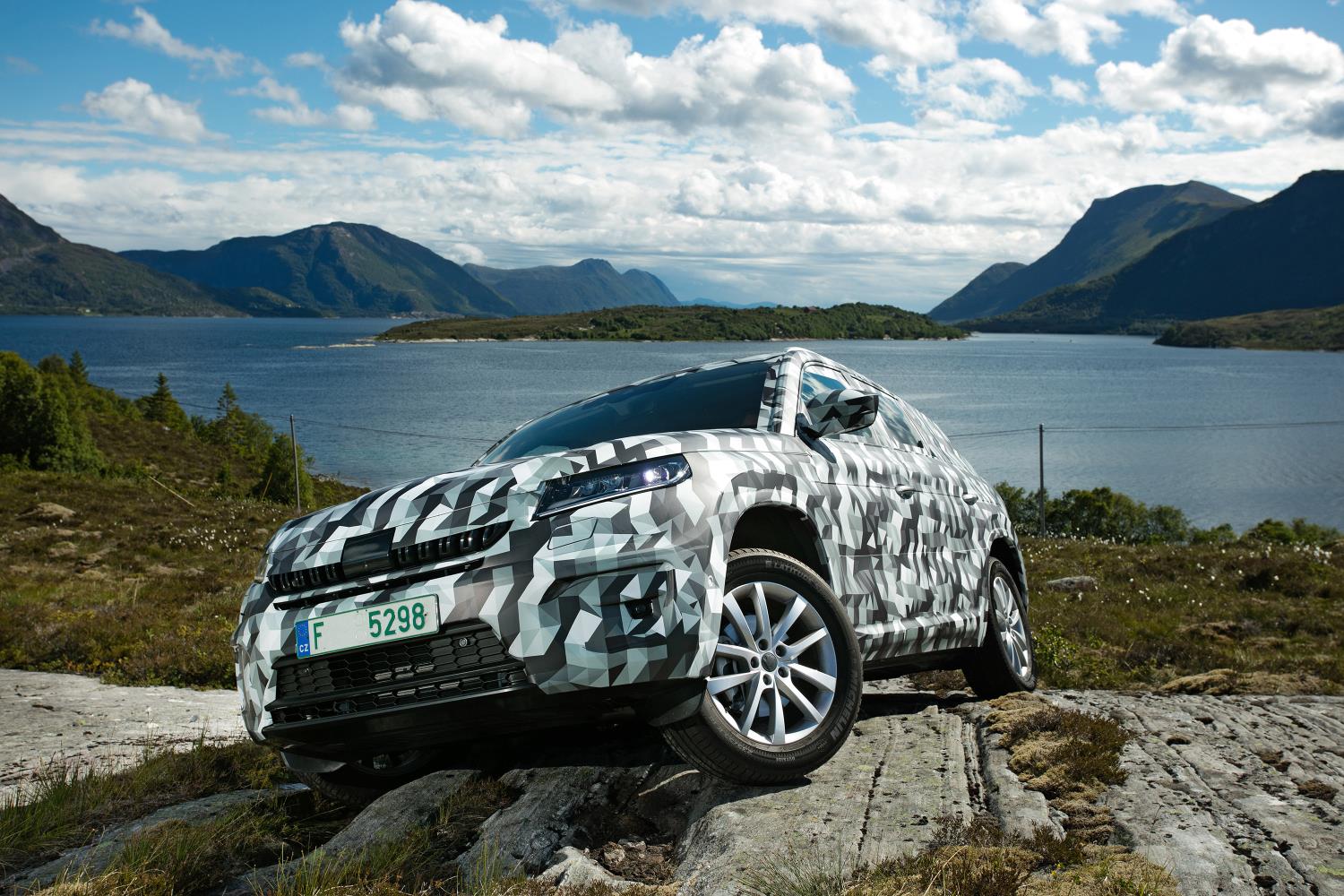 Remember the Skoda Vision S suv concept from the Geneva Motor Show this year? That was supposed to give us an idea as to how the new Skoda Kodiaq SUV was going to look like. It seems thought that we dont need to wait too long see that vision get translated into production cars, because Skoda has already let some journalists have a go at some pre-production Kodiaqs.

The Kodiaq, named after a species of Alaskan bear; will be slightly larger than a BMW X3, but unlike the German, it will come with seven seats. At 4.7m long, it will be as big as a Toyota Fortuner. If you desire for more bootspace, just fold the seats back and the new Kodiaq can gobble up 2,065 litres of luggage. It will be much cheaper than an X3 though, and is expected to match the price of the VW Tiguan. So by the time it comes to India, expect the price tag to start from the 28 lakh mark.

As far as car camouflage’s go, the one on these pre-production Kodiaqs deserve a nod. But it is not enough to hide the fact that the production Kodiaq will look nothing like the beautiful Vision S concept. Skoda has taken a more conservative path with the Kodiaq design, giving it the same sharped edged elements and strong lines, as seen on the new Superb. The imposing and almost vertical grille of the Vision S concept has given way to a standard design with an upside-down V on the bumper and a clamshell bonnet. Inside, those in the know say that the Kodiaq will be used to debut Skoda’s new infotainment system with a large capacitive touchscreen, less buttons and Apple Carplay and Android Auto friendly software. There are tablets for the rear passengers, headrests that double up as pillows in the ‘Sleep Package’ and door-protectors that pop-out so save you from carelessly hitting the next car when opening the door.

The Kodiaq will be launched with five engine choices, atleast in Europe. By five, i mean the same 2.0-litre TDI diesel and 2.0-litre TSI petrol in five different state of tunes. But expect the 187 bhp diesel with the DSG and a the 177 bhp petrol to make it to India. There would be an option for conventional dampers and adaptive ones, with some of the variants getting an option to select the drive mode and chassis modes. There will also be an option for front-wheel-drive or all-wheel-drive models, with 4WD system being Haldex based. The 4WD models gets a dedicated off-road button which changes all the driver aids like ABS and ESC along with the chassis control system and drive mode to suit them for off-road use.

Oh, and yes, it will come with pop-out umbrellas too.