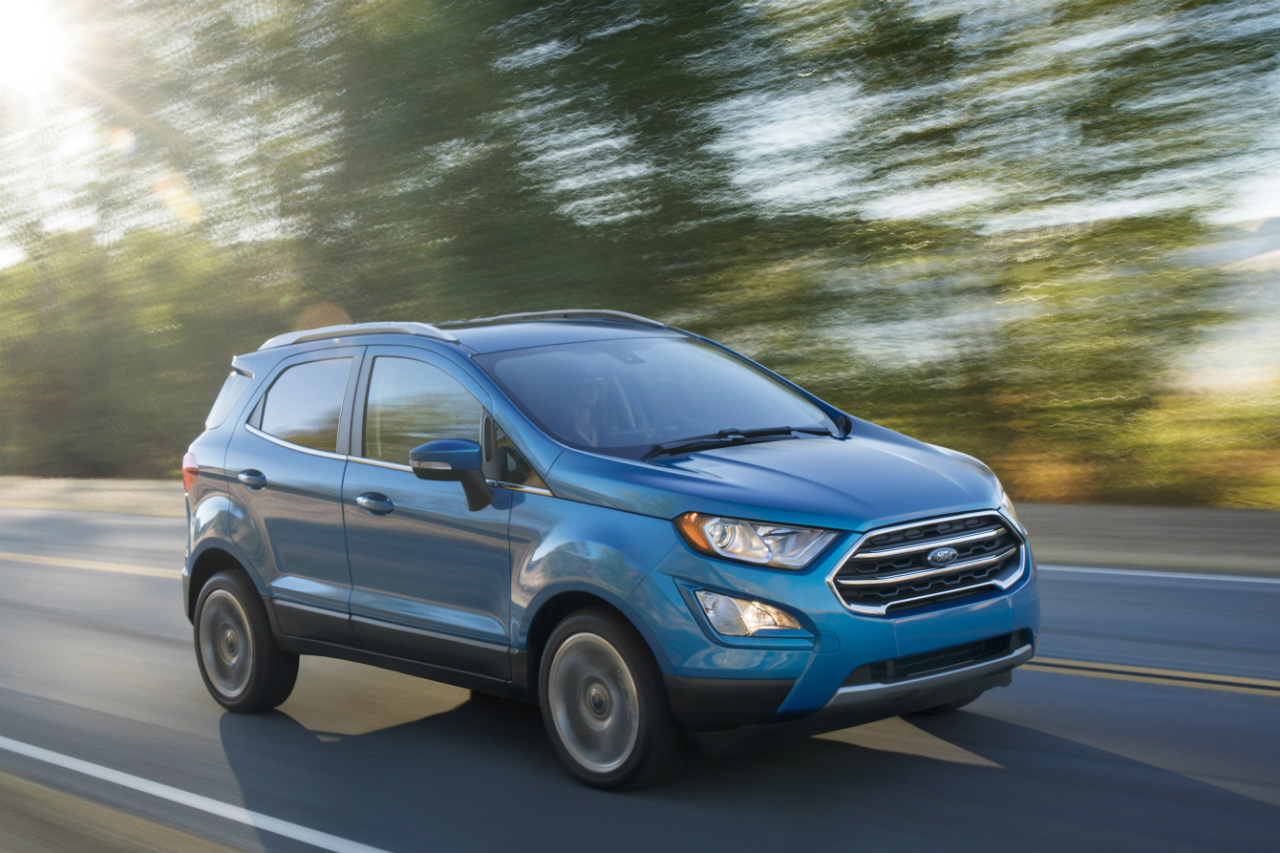 Dear Ford, what have you done, but whatever it is, it’s brilliant!

Ford has updated the EcoSport for a launch in North America, scheduled to happen in about two years’ time. But since it’s an important product for the Indian market, expect the new EcoSport to reach here as well. Apart from market specific updates (more on which later), the new EcoSport looks promising enough to regain its lost market share in the country. Let’s have a quick look at the changes.

With a more Kuga-like front-end, the EcoSport loses the gaping grille of the current car. Or rather that has been balanced with the use of larger head- and fog-lamps. The faux skid-plate is retained, and so is the original shape, and the rear also remains largely untouched.

It will be available in a total of 10 new colours, which along with the new-look alloy wheels round up the changes on the outside.

The current-generation EcoSport is well-built but let’s face it, the cabin has been longer than we expected. With the new EcoSport, Ford not only change the main layout, it’s made more premium as well. Features like ambient light (seven options for that), copper accents (on dashboard, seats, and doors), and a new central console ensure there’s no monotony to speak of.

It also gets a new eight-inch touchscreen infotainment system, complete with Ford’s SYNC, Apple CarPlay and Android Auto connectivity options. Complementing that is a 10-speaker, 675 watt, B&O Play system to keep the audiophiles happy. It must also be noted that the current EcoSport’s music system, albeit low on features, does a decent job, as far as standard audio systems go.

The US-spec EcoSport will get an intelligent all-wheel drive system, automatic gearbox standard on all engines, and a choice between a 1-litre turbocharged petrol EcoBoost and a 2-litre petrol. The India-spec version is likely to continue with the base 1.5-litre petrol, 1.5-litre diesel, and the enthusiasts’ favourite 1-litre EcoBoost.

With SYNC Connect, Ford now allows EcoSport owners to start, lock, unlock, and even locate their vehicles from anywhere. The mobile app also displays information like fuel level and odometer count, without being close to the vehicle.

The swing-open tailgate continues to open the ‘wrong’ way, but will not be out of place in the US. And while the spare wheel is hidden on the showcased version, given our market’s affinity for all things SUV, expect it to be back on the tailgate on the Indian version.

There’s also a sunroof-equipped interior without the copper accents, which looks good as well.