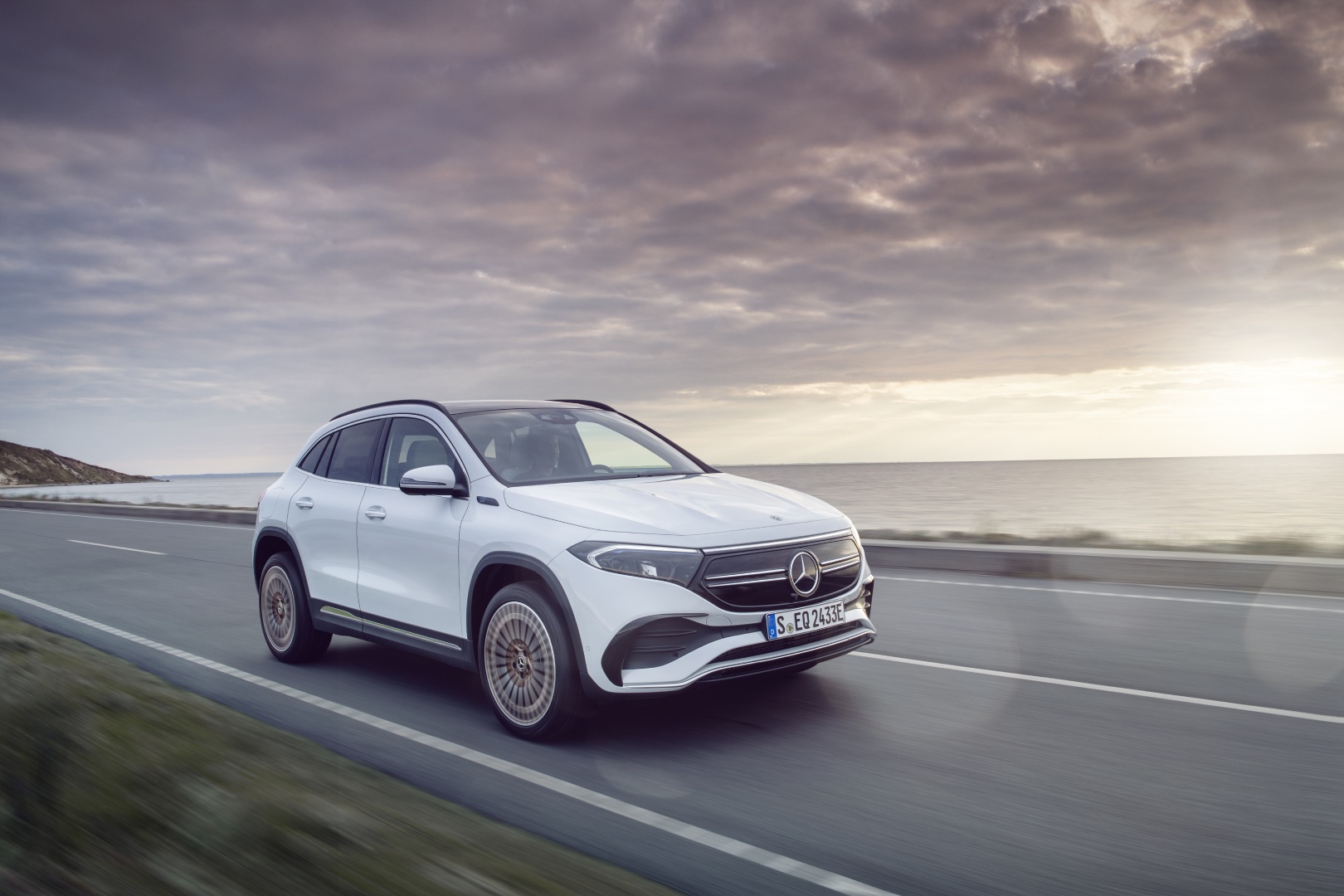 Mercedes-Benz has unveiled the electric counterpart to the GLA globally. As one would imagine, the EQA uses the GLA’s body shell, albeit with a few modifications. On the outside, the conventional front grille has been replaced with a glossy black panel, which looks quite distinctive. The rear seems more of a change design-wise, with the number plate now residing low down in the bumper. This results in the taillights being connected with the help of a LED light bar. 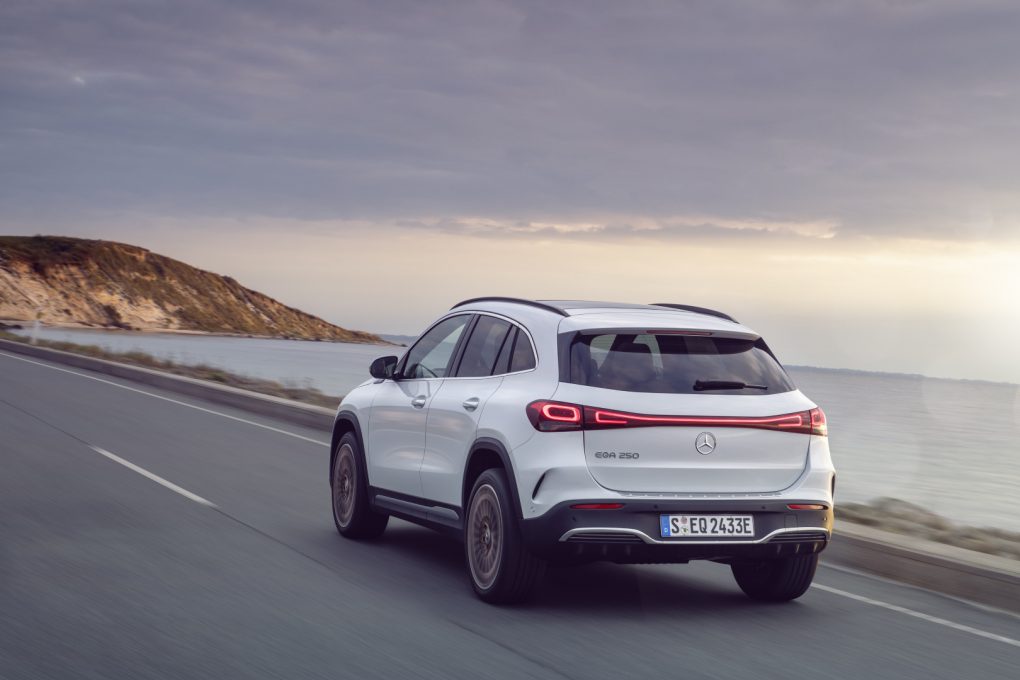 The EQA is powered by a 66.5 kWh lithium-ion single battery pack (EQA 250) which is capable of producing 188-bhp and 38.23-kgm of torque. Claimed WLTP range stands at 426 kilometres while the top speed has been limited to just under 160 km/hr. 0-100 km/hr is said to come up in just 8.9 seconds. Also, there could be a variant with a higher range (500 kilometres) sometime in the near future. 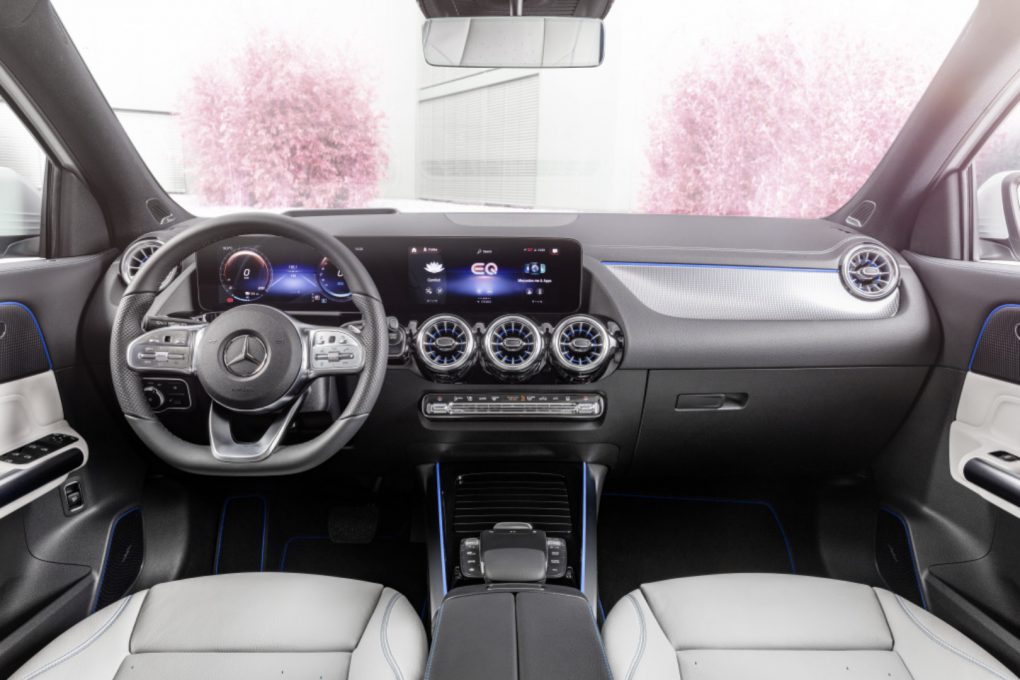 On the inside, the changes are a little more subtle compared to the GLA. There’s the special ‘Edition 1’ leather, which also encompasses the 20-inch alloy wheels. Mercedes-Benz has also added rose-gold coloured inserts to the key, vents and seats to make the EQA stand out. There are two fairly large screens present right in front of the driver. One of which is, of course, the digital instrument cluster, and the other the MBUX infotainment system; located just above the central AC vents. 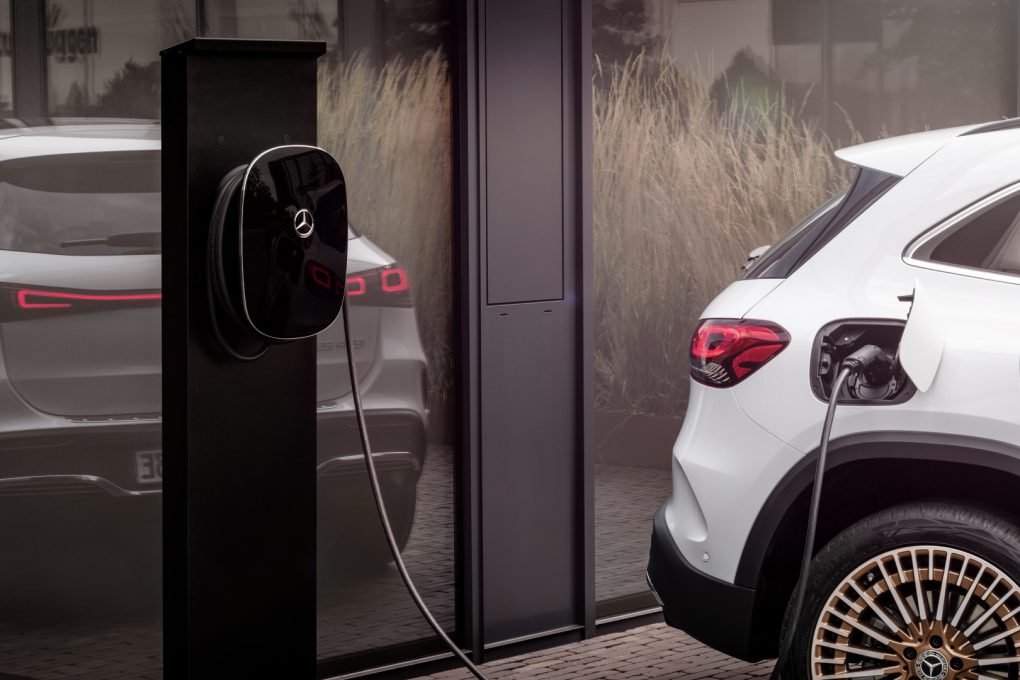 Given that the EQC, the first of EQ cars to come to India, is already sold out here, Mercedes-Benz would do well to get a more affordable electric vehicle in the market. If the company’s plan of launching 15 models in 2021 alone is anything to go by, we very well could see the EQA on our streets sometime soon. Meanwhile, do let us know what you think of the EQA? Would you have one over the GLA given the right pricing?