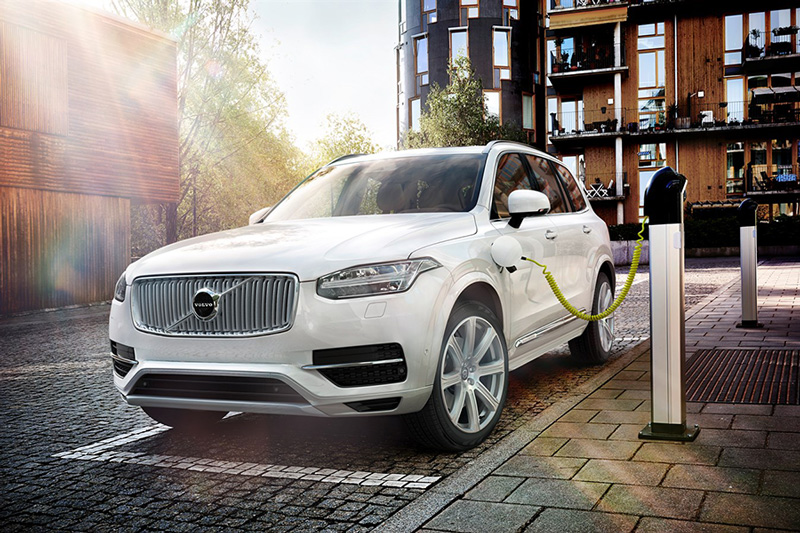 [Volvo has announced that from 2019 onwards there will an electrification of some sort — fully electric or hybrid — in all its future models. Why not get a taste of future with the Volvo XC90 T8]

Let’s be honest, buying and taking your premium SUV off the road isn’t likely to be on top of the list. And while Range Rover has singlehandedly reigned as the king of luxury SUVs, with the XC90 T8, Volvo is frighteningly close to the British SUV which costs twice as much. Well, the Swedes are on to something here, and here’s why we think they are headed in the right direction.

Well, to be fair, it’s better to leave cornering to the sportscars because let’s face it, hurling two tonnes around a corner isn’t going to work. Coming to off the line pace, the XC90 T8 has more than what it takes for it to be taken seriously. With a 0-100km/h time of just 5.6 seconds, it’s traffic light GP winner from the word go. Its top-speed is rated at 230km/h.

And with an equally impressive 100-0km/h stopping distance of just 36m, it’ll ensure that you’re safe, too. (As if one needed to mention the word ‘safety’ when talking about Volvos…)

Instead of the regular seven seats spread over three rows, Volvo has opted for a two-row, almost business-class seating style with four individual chairs. Not just that opens up luggage space at the back, it lets you enjoy unrivalled luxury. That of course means leaving three of your subordinates in public transport…

Powering the Volvo XC90 is a hybrid arrangement of a force-fed 2-litre petrol engine and an electric motor. The conventional part of the hybrid powerplant isn’t as conventional as one might think. It uses both a turbocharger (for increased power) and a supercharger (to minimise initial lag) to develop 320hp and 400Nm. It drives the front-wheels via an eight-speed automatic gearbox.

The electric motor, on the other hand, makes 87hp and 240Nm, and sends it all to the rear wheels. Like all electric motors, it has the ability to develop torque from the word go, and that should ensure that making good progress in the XC90 is a doddle.

Green is the new black

The blob of a mass the Volvo XC90 might appear to the untrained eye isn’t exactly a buff body; it’s in fact quite aerodynamic, and that without the use of unnecessarily huge wings. The company claims a Cd (coefficient of drag; lower the better) of just 0.29 for the XC90.

And that’s not all. The hybrid powertrain allows it to boast mind-numbing efficiency figures. The overall consumption per 100km is just 2.1 litres. Real word figures will be available once we get the car for a review, but considering it can manage to go about 43km in electric-only mode, this is going to be one of the least expensive yet most luxurious (and not to forget stylish) ways of commuting. While CO2 emissions are yet to be given importance by the authorities here, the XC90 T8 emits just 49 grams of CO2 per km, which is one-third of the diesel counterpart, and almost one-fourth of the non-hybrid version of the same engine. Wowza indeed!

To put all of it into perspective, the oh-so-lovely Range Rover Sport SVR offers exhilarating performance (0-96 km/h in just 4.5s), makes an equal amount of torque (640Nm) from its 5.5-litre V8, but also emits 298g of CO2 while doing so. The Volvo does about — as stated above — 49g/km. So, the XC90 T8, then, is the best middle ground of adequate real-world performance and environment friendliness.

Also included in the buying price of the XC90 T8 Excellence are two charging stations. You can fit one at your home and the other in the office, and thus enjoy twice as that of the electric range. Also since it just takes 2.5 hours to fully charge, that’s not too much time wasted, either.

Apart from offering world-class safety, which is a pretty standard feature across Volvos, the XC90 T8 Excellence also happens to be the first car on sale in the country to boast Radar-based safety features. These include pedestrian detection, autonomous braking, adaptive cruise control, etc. There’s also blind-spot detection, rear collision warning, and even lane detection warning.

If only it had a proper AWD…