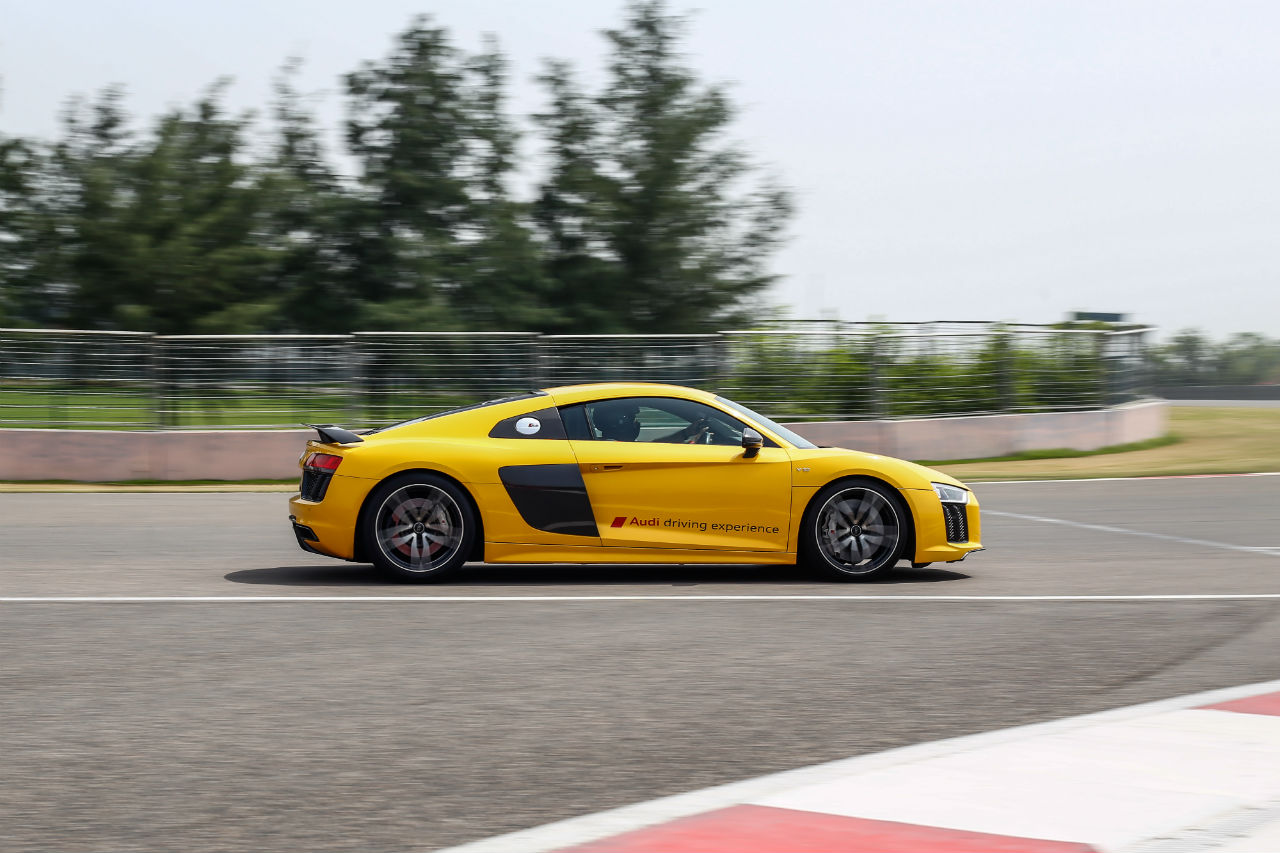 “Blue R8! You are too far from the inside line. Turn in! Turn in more!” is what I heard being barked on the walkie talkie as I was entering the second corner after the back straight at the Buddh International Circuit. The instructor I was chasing was in a grey Audi RS 5, which is definitely less of a track car than the Audi R8 I was in, and he knew what he was doing, so I twisted the steering wheel even further, hoping I don’t lose the rear end and embarrass myself by landing up in the grass. And guess what? It worked.

Audi makes some stunning sport cars, and to remind us just how good they are, they took us to the Buddh International Circuit in Noida. If for some reason you don’t know what that is, it’s an ex-F1 track, so it comes with its perfect tarmac and stupidly long straights.

The day started with an Audi presentation that focussed on their all-wheel drive system, which, in case you need reminding, is called quattro. Simply put, power is sent to the wheels that need it most, and reduced from wheels that don’t. And then, we were handed helmets and asked to get into cars. I started off in the Audi RS 5 — a car I’ve been looking forward to driving for quite a while — and exited the pits following the lead car.

The first lap was just to get a feel of the track, but we really picked up the pace in lap two. We were encouraged to push the car, and let the techno wizardry of the quattro system do the rest. While the RS 5 was incredibly fun, it was the R8 that really brought out the levels of grip that technology now provides. After hitting 270kph on the back straight, I hit the brakes hard, and went into the corner at a dizzying 100kph, expecting to spin around and face the car that was behind me. But nope. It just grips and pulls you into the turn. No fuss at all. Unless of course you stab the throttle mid-way through a turn and smile as the rear steps out and you counter steer. 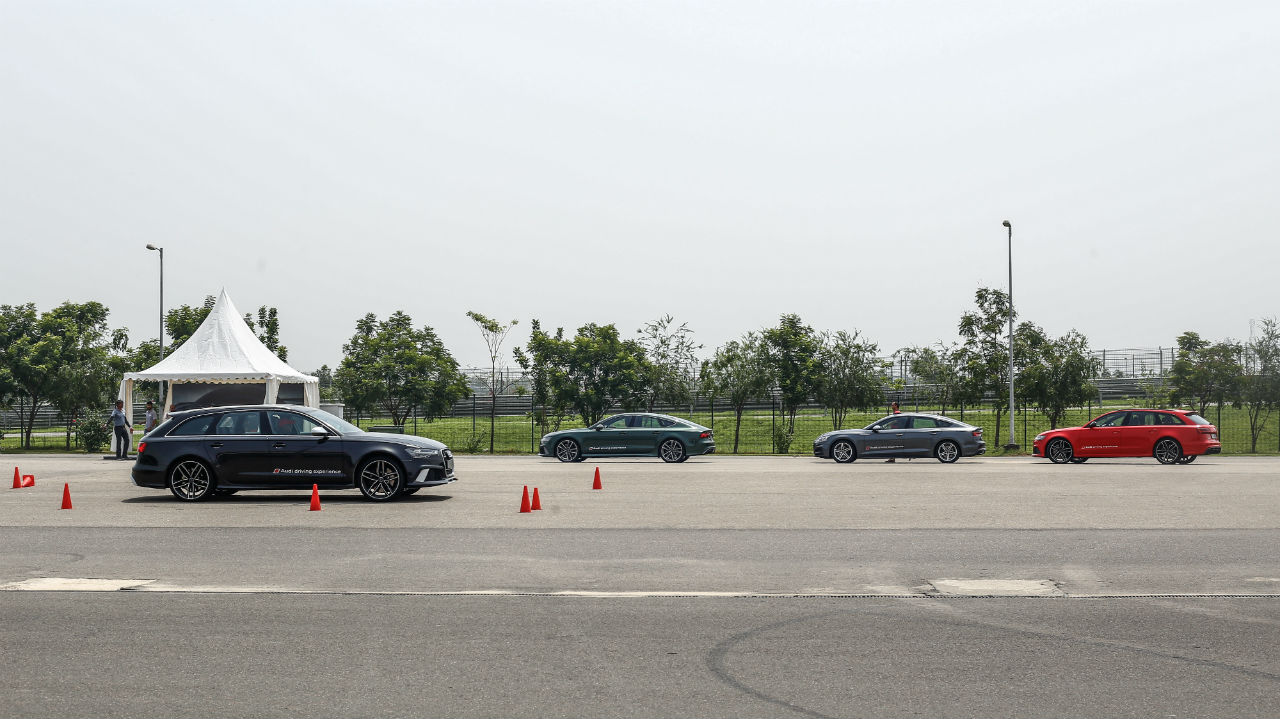 Two laps in these cars reiterate one stark fact: that Audi’s sport cars are really capable when pushed really hard and fast. But what about the RS6 and RS7? We took those around a super tight slalom course that Audi had set up. And this was frankly even more impressive than the laps on the track, as both these cars are heavy, yet very powerful. To experience the way they managed to grip on sudden direction changes was superb. 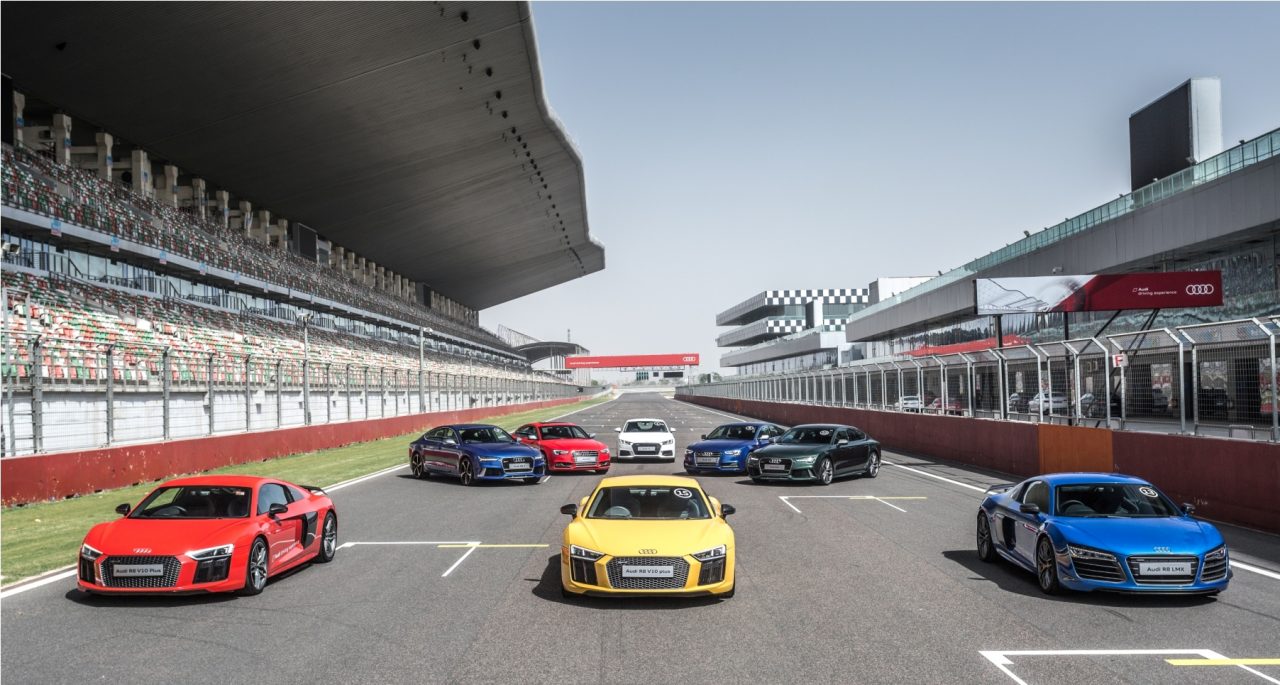 So yes, cars today have become fast, sure, but the real magic today is the amount of grip computers are providing. That quattro system is just brilliant to behold. And to see it work so efficiently and unobtrusively is why everyone needs to learn a thing or two from Audi. And if you get the opportunity, go for the Audi Sportscar Experience. You will walk away with rubber knees.