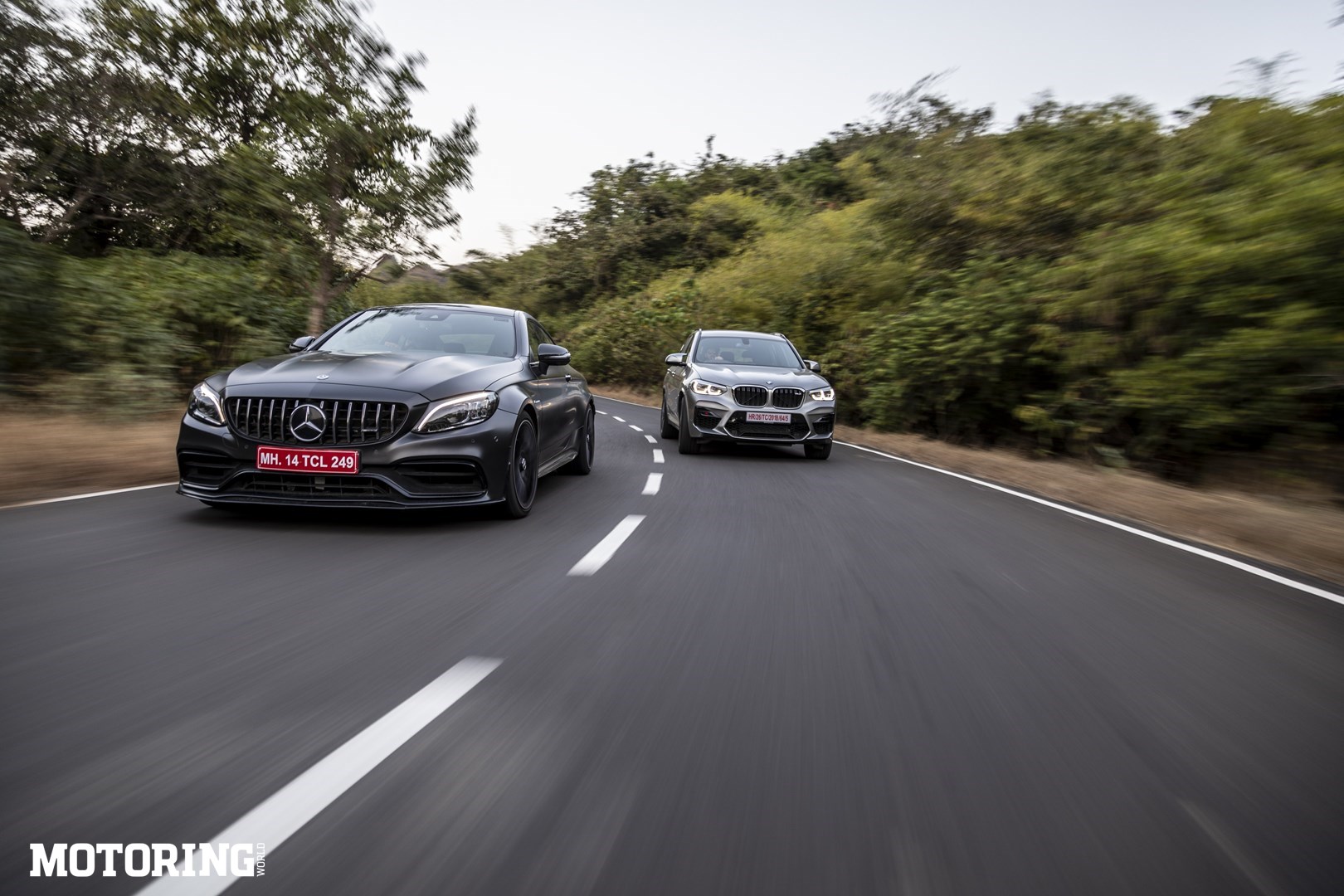 Affalterbach and Munich have been at each other’s throats for as long as anyone can remember and they’ve taken that battle to the global stage. Even here in India, that battle rages on with impunity. For every blow that Mercedes-Benz’s AMG division can throw, BMW’s M has a swift, metered response. For every advancement in chassis technology that the AMG C-Class gets, BMW has a corresponding improvement in suspension tuning or engine of the M3. After decades of this one-upmanship, the pair of them are more evenly matched now than they ever were. This time, though, there’s a slight twist in the tale. There were supposed to be two sports sedans on the battlefield today, but through some miscommunication, we have a two-door coupé and an SUV, both confused at the sight of their opponent. 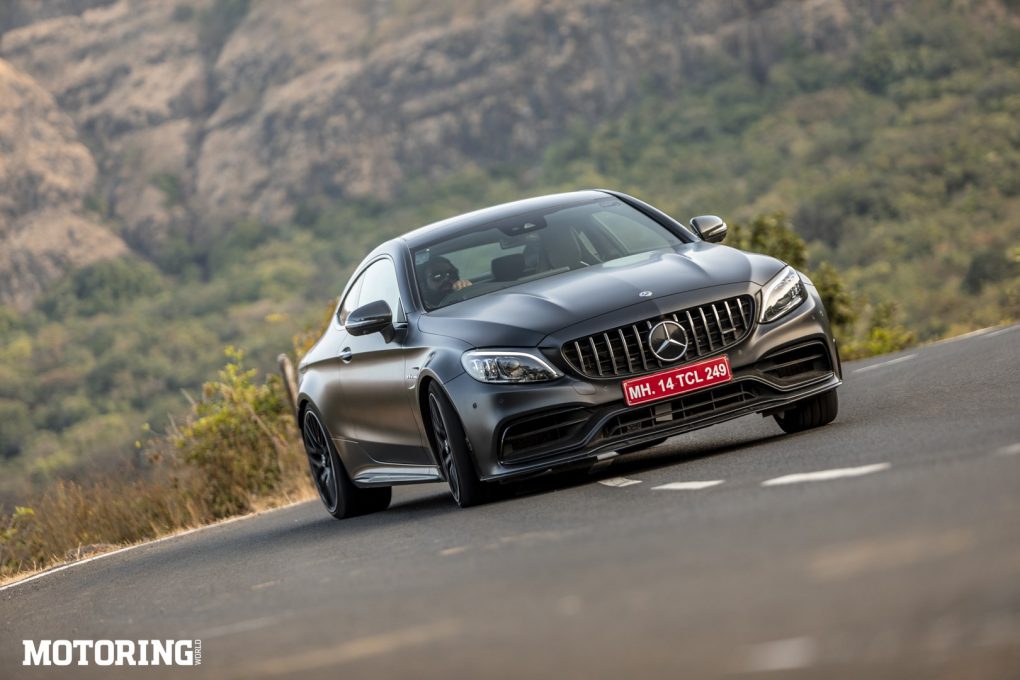 Surely, this is an unfair battle and we have to call it off, right? Well, no. The bets have been placed and the rubicon has been crossed, by one of them, at least. There’s no turning back now, these two must go head-to-head and only one of them will emerge on the other side a winner. 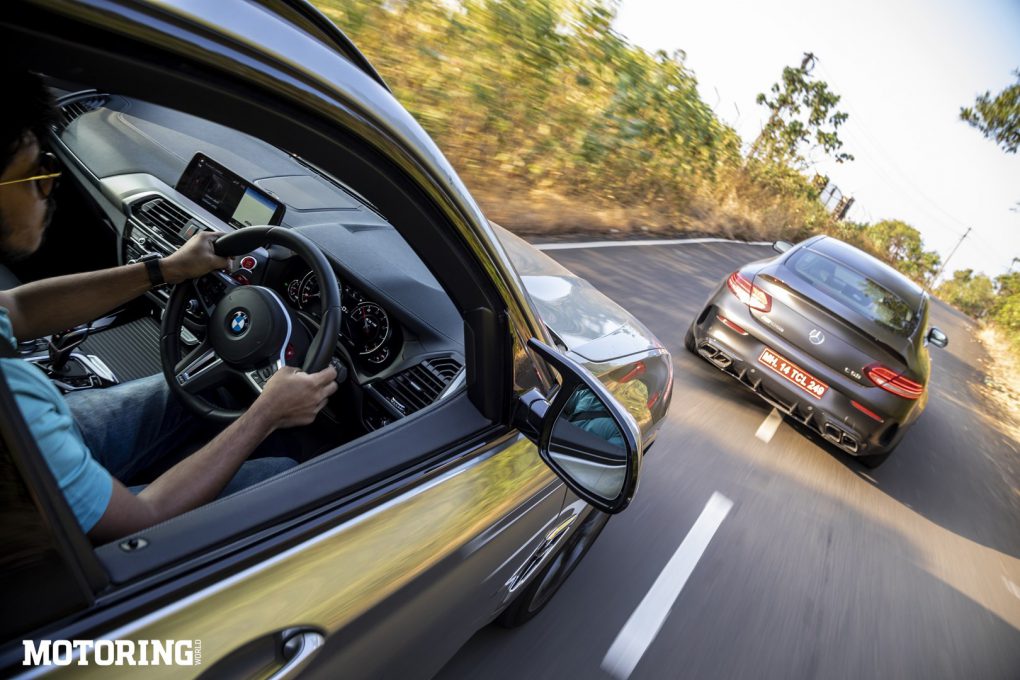 On one side we have the Mercedes-AMG C63 Coupé, a murdered-out, menacing-looking miscreant with a 469-bhp V8 heart. Compared to the sedan, it loses two doors and gains racing heritage in the form of back-to-back DTM wins. As a replacement for the sedan, the C63 looks like it has the advantage at this stage. Or does it? On the opposing side is the BMW X3 M, a deceptive SUV with large brakes and even larger wheels. If looks could kill, the C63 Coupé would have been standing proudly over its kill, but looks alone won’t decide this battle. For that, we have to get behind the wheel.

Now, BMW makes some of the best sedans you can buy, so it only follows that it also makes some of the best performance SUVs, right? Normally, I’d say yes, but the X3 M isn’t really a good SUV to begin with, so that precludes it from being the best performance SUV. Its ride is rock hard, even in the adjustable dampers’ softest setting, and steering is quick and ridiculously heavy. Yes, it has five seats and a large boot, but it’s just a sportscar masquerading as an SUV, really. Think of it as an M3 X rather than an X3 M and it’ll all make sense. It’s every bit as hardcore as a regular M3 and has the potential to go toe to toe with the C63.

The X3 M starts with a shriek from its straight-six engine and settles into a grumpy idle, you can tell it doesn’t want to loiter around at idle, it begs to be revved hard to its lofty redline. Slot it into gear and away you go. All-wheel-drive traction shoots you off the line and promises to rearrange whatever you have stowed in the hatch. Unlike the M5 and M8, however, you don’t get a two-wheel-drive drift mode, so that limits the shenanigans you can have with it. All that traction combined with its super-grippy tyres mean that the X3 absolutely refuses to let go of the pavement. Don’t believe me? Just take a look at the pictures and you’ll see that the inside wheels are always in the air when cornering hard.

I never thought I’d be saying this about a twin-turbo V8-engined AMG, but the C63 is almost docile compared to the X3 M. Sure, it fires up with a deep bellow, but after that, even with the exhaust baffles wide open, its V8 soundtrack is no match for the howl of the straight six. It’s saving grace is that you feel the deep rumble of the engine in your bones telling you exactly when to upshift, just in case you miss the in-your-face shift animation from the digital cluster. And of course, the C63 Coupé can also break its rear end loose. It’s something it doesn’t need much provocation to do, either. Blip the throttle when you’re in the middle of a corner and the rear end steps out ever so gracefully. While this is happening, the steering wheel is very chatty, constantly reminding you of what the front wheels are up to. With all this information at your fingertips, you can easily control the slide with your right foot.

When pottering around town as well, the C63 has the advantage with its multiple personality disorder. One second, it’s a regular coupé and at the flip of a switch (or turn of a dial in this case), it’s a complete monster. Unfortunately, though, the X3M has only one personality and it’s an absolute psychopath. Even at its most comfortable settings, the ride feels like you’re getting a shiatsu massage and the steering almost feels like the power steering pump failed. If you thought you could take your family along for a trip in the X3 M, you have a surprise waiting for you in the form of a chiropractor’s bill. You can physically fit people and their luggage in the car, but you’ll have a hard time having them stay there willingly. 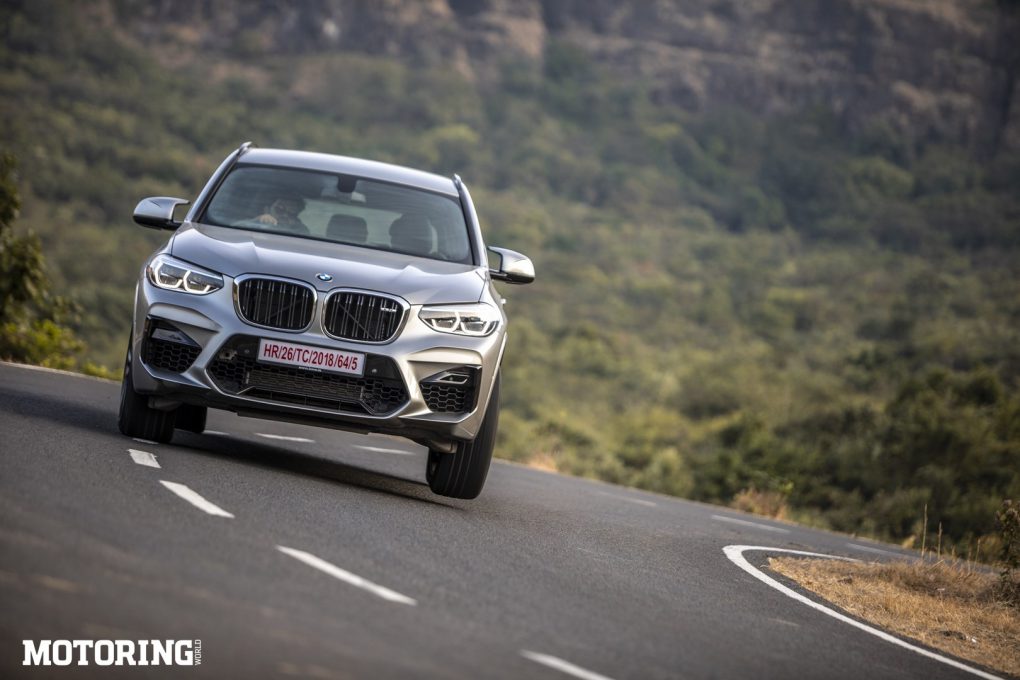 All of that said, I wouldn’t hesitate to put my money on the X3 M. I say this with a tinge of sadness because the C63 is truly great car. It makes all the right noises and most certainly looks the part of a performance car. For all we know, it might also be the last V8 AMG C-Class as well, because the next generation could be moving to turbo-four power. The thing is though, as much as the C63 puts a smile on your face, the X3 M makes you burst out in full-blown laughter. It’s absolutely hilarious to see this sleeper of an SUV embarrass pedigreed sports cars both in a straight line and around corners as well. Just make friends with a good bone setter and you’re golden. 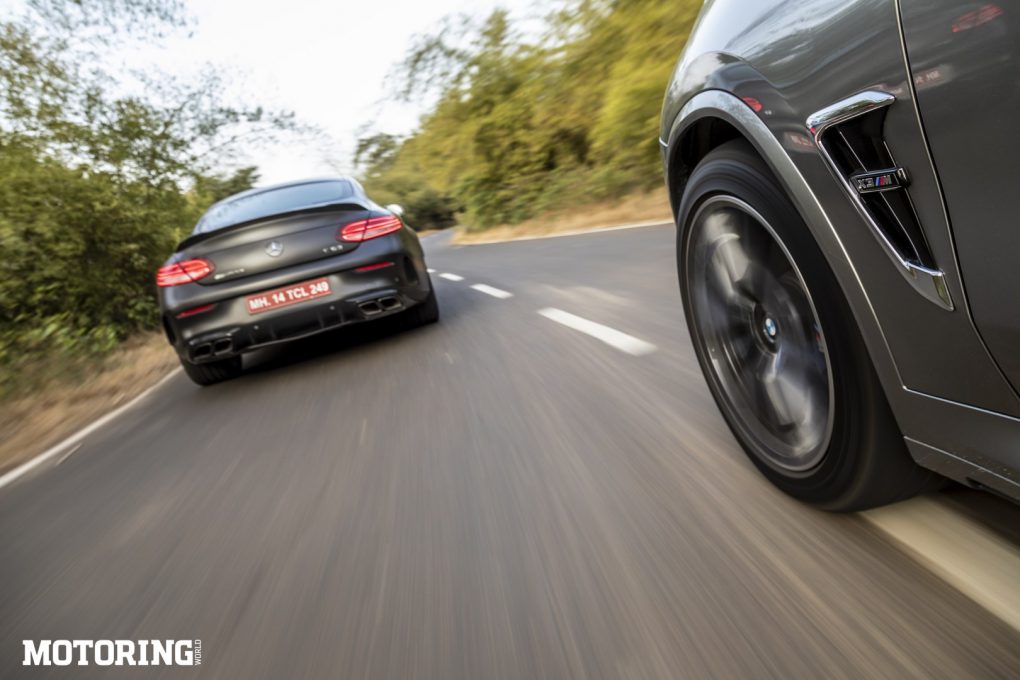