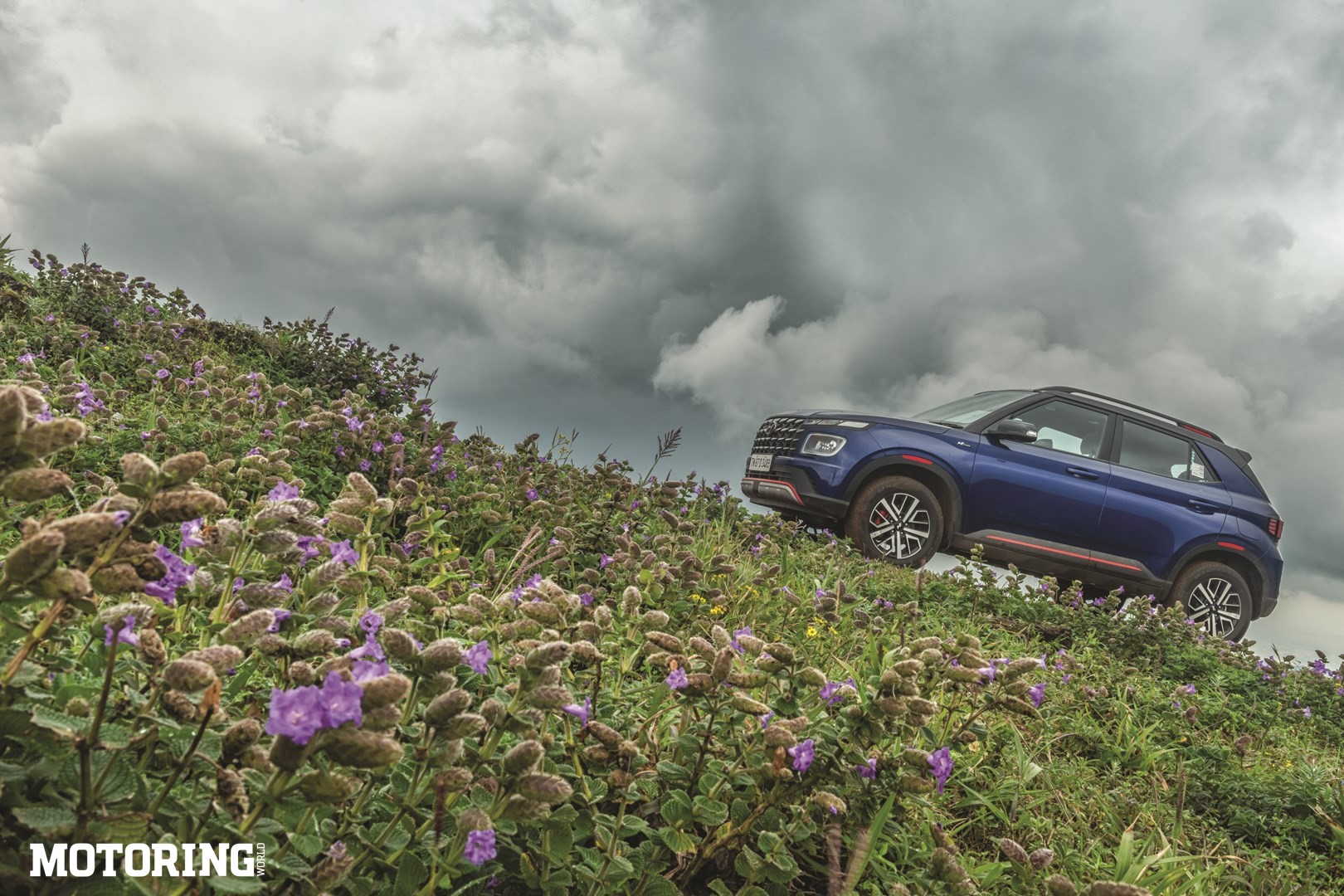 The inimitably long and diverse range of old mountains on the western side of India holds not just many a tourist attraction but also, quite fittingly, a prominent place in the UNESCO World Heritage list. Inscribed in 2012, the inclusion in the list is for 39 sites spread, like the Western Ghats itself, from Maharashtra to Kerala, with some prominent ones in Karnataka and Tamil Nadu. And it’s not just the four states, between these 39 sites is an area of… wait for it… nearly 8000 square km! But at just 250 km from the heart of Bengaluru is a place where the hills have seemed to have gained a new colour. From a distance, you’d see swathes of blue amidst the dense cloud cover, tourists flocking to document this rare phenomenon through selfies (urgh!), cars struggling to cross temporary mud tracks, and the amazingly pleasant cool breeze to top it all. The place is called Chikkamagaluru, locally known as the coffee city, and its nearby peaks have witnessed the blooming of Neelakurunji, a shrub that grows once in more than a decade, and adds a tint of blue/purple on the otherwise luscious green hills. 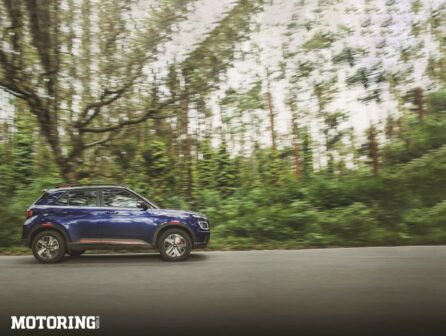 ‘It’s amazing how dense the flower cover is this time in Karnataka,’ said a friend over the phone. Another acquaintance, who’d just come back from the trip, not consciously trying to dampen my spirits, mentioned the inflow of ‘way too many’ vehicles from nearby cities. The news reports didn’t help, either. Because, on the one hand, it was too good an opportunity to miss. And on the other hand, we were afraid that it might turn out to be a tourist-filled affair, without much to see or take photos of. But if there’s one thing that driving the Hyundai Venue N Line had taught me in the last few days, it was spontaneity. Tomfoolery, it may appear to be, at first, but sometimes the best way to go about doing things is not by letting apprehension stop you on every step. The N Line’s Can Do attitude, as we found out over a week, changed how we look at our road trips, too. 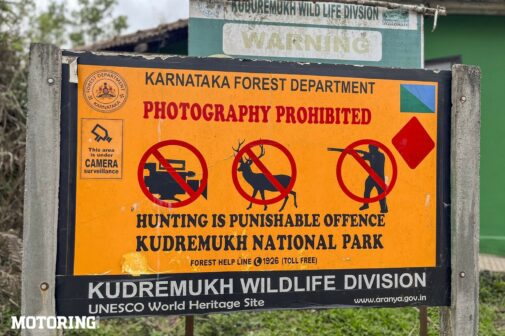 Chikkamagaluru is about 250 km away from Bengaluru. If you’ve driven in this part of Karnataka, you’d know that roads are well-paved, there’s not much traffic (once you leave the city), and the scenery just keeps on improving. It takes about 5 hours to reach the heart of Coffee City, and not too long after reaching would one realise why it’s called that, with the omnipresence of coffee in some form: from small retail outlets to acres of coffee plantations on the outskirts of the city. There are a handful of luxury resorts to stay at while the slightly smaller hotels aren’t bad, either. It’s said that the first coffee seed in India was planted here back in the 17th century, there’s also a coffee museum and even a research institute for coffee. Needless to say, if you’re a coffee lover, this place will win your heart. 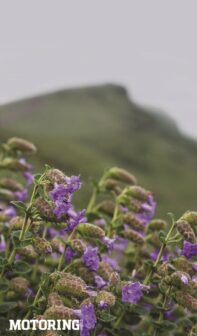 There are two opportunities to spot Neelakurinji on the Western Ghats near Chikkamagaluru: one is at the trekkers’ favourite Mullayyangiri, and the other is at the Baba Budan Giri peak. The latter is named for a Muslim saint, Baba Bundan, who is said to have brought coffee along with him and changed Chikkamagaluru’s fortunes. We start for the Mullayyangiri peak first, and while not the busiest, there’s still some tourist traffic heading in that direction. About an hour of winding roads later, we find ourselves parked amidst tourists waiting for clouds to disappear. And when that happens, we’re greeted by a momentary appearance of patches of blue flowers on the hill. This was unlike anything I’d seen before. The way Neelakurinji complements the existing green and brown shades of the peaks is undeniably magical. The fact that before we could take it all in, the cloud cover made its way back. The road to the peak is full of surprises, too. Driving amidst the clouds mightn’t be something new for many, but the way it keeps getting prettier is just otherworldly. The bright blue paint of the Venue N Line contrasts well with the green in the background, and the tiny blue patches of flowers make the scene even more beautiful. 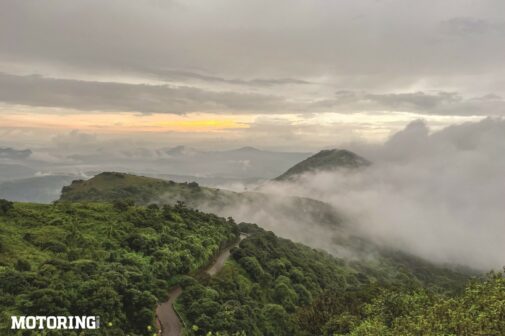 But, this, as it turns out, was just a taster. Before the usual, self-questioning ‘Did we miss Neelakurinji this time’ could kick in, the Venue N Line darted towards Baba Budan Giri. And dart, it sure did, because the 1-litre turbocharged direct injection petrol engine is definitely one of the most energetic engines around. The Venue N Line brings together the ability to make decent progress without being slowed down by bad roads (which we did encounter a few) or unnecessary detours. The seven-speed dual-clutch gearbox is perfect for highway driving but even in the city, it doesn’t struggle at all. For rough patches, when you need to stay in one gear to make the most of available power, the manual mode is a boon. And those long steering-mounted paddle shifters aren’t just great to look at, they offer a good feel, too. The stiffer suspension shows how much better the N Line is when it comes to consecutive corners, with improved stability and eagerness to hit the apex. And the sports exhaust is the proverbial icing on the cake.

On reaching Baba Budan Giri, we realise that we might’ve taken on quite a task. It wasn’t just the cars parked slightly erratically or the fact that there were too many people, it was the sight of cars bottoming out on the rocky path. The Venue N Line clearly had a big task ahead. But just the right amount of throttle, a little turn of the steering wheel and a well-meaning spotter meant that the N Line crossed rocks and slush without making me look like a fool. And as much as it was a respite, we were greeted by the sight of nearly endless Neelakurunji on the top of the peak.

Careful to not damage the flowers, we drove on a clear path to park the lively blue Venue N Line amidst the sea of blue flowers. With the dramatic sky in the background and the tiny blue flowers in the foreground, it made for quite a cover photo for this story. It’s not something that can be repeated in the near future, not only because of the rarity of the flowers but also because it’s not every day that you get sublime cars like the 2022 Hyundai Venue N Line.