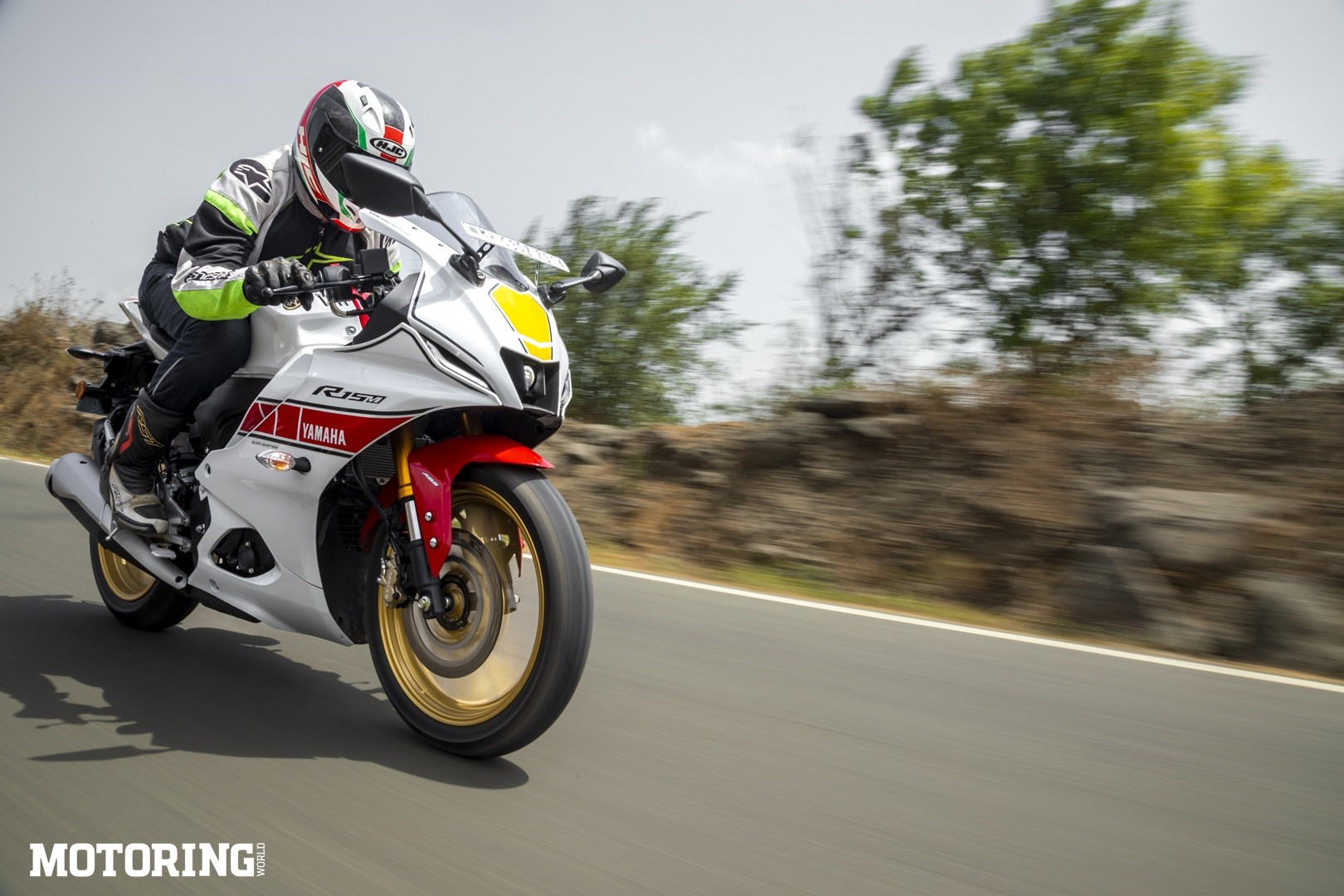 Yamaha’s resurgence as a brand can be reckoned with a motorcycle that has been around for about 14 years now. The YZF-R15 was a game-changer in the biking fraternity, ever since it made its entry into the market. It redefined the benchmarks of agility, performance, handling and technology. It was a hugely impressive bike; I should know better as I bought one which I enjoyed for a good eight years. Over time, the R15 has undergone a couple of updates, the most recent one being version 4.0, wherein it features components like USDs, a quickshifter and traction control. The company has been progressively updating the 150cc supersport through the years, thus keeping it desirable as it continues to be one the best motorcycles in its segment to hone one’s skills as a motorcyclist. 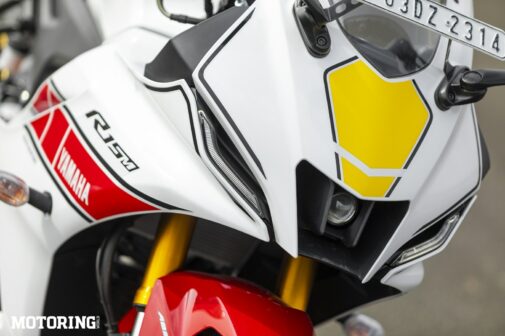 Okay, so what do we have here, then? If I can be all candid — the only reason why this bike is present here is because of the way it looks. Period. Underneath it’s the same R15M that I rode only a few months back. And I thoroughly enjoyed riding it a lot. So while one would say it’s merely just a paint job, there’s a lot more than what meets the eye with this livery. This colour scheme is so attractive that I’ve lost count of the number of times people have ogled at the bike than me, quite frankly leaving me a little awkward in the process. 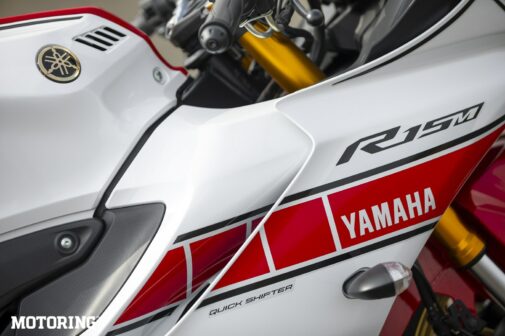 Now Yamaha is no new name when it comes to motorsports. It is a very competitive and passion-driven brand that has won many accolades and achievements over the years. Coming to this specific motorcycle here, the white and red livery pays tribute to the 60 years of Yamaha’s participation in Grand Prix racing. Meanwhile, the speed block livery, designed by no other than Rollin Sanders, has been taken from the YZR500 race bike ridden by Johnny Cerotto in the 1980 500cc season. The design was simple yet so eye-catching that it became Yamaha’s digital identity for the representation of speed. 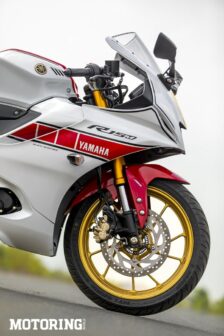 This special edition R15M features a racing white base shade with the iconic speed block design on the side fairing and a thick red stripe that runs along the centre line of the bike, barring the front fairing. Instead, the area between the headlamps and visor has a yellow patch to replicate Cerotto’s race bike. The colour scheme is completed with golden bronze wheels that look nothing but stunning. 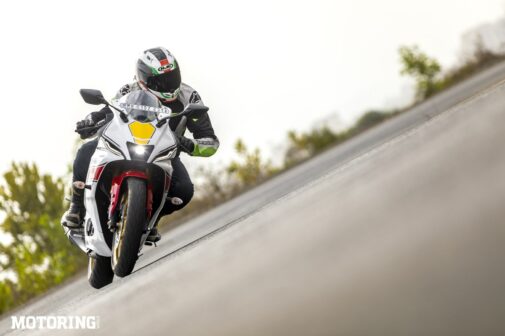 To ride, the bike feels and performs just like how an R15M would, top-notch handling, extremely communicative, confidence-inspiring to bring out the best of the rider and last, ensuring a very emotional bond with the rider every time you swing a leg over and thumb that starter. The visual appeal of this version is what packs the brownie point to brag out there on the street and if possible, at the track as well. If you have been thinking of adding the R15M to your garage, for a nominal premium over the standard price tag, it is totally worth it to go for this special edition one. Besides all the eyeballs it attracts, it is also a nice feeling to own a part of Yamaha’s racing success and history through the special livery. There is always something about Yamahas that strikes those cords in your heart to instantaneously fall in love with them, and this one does that very well.