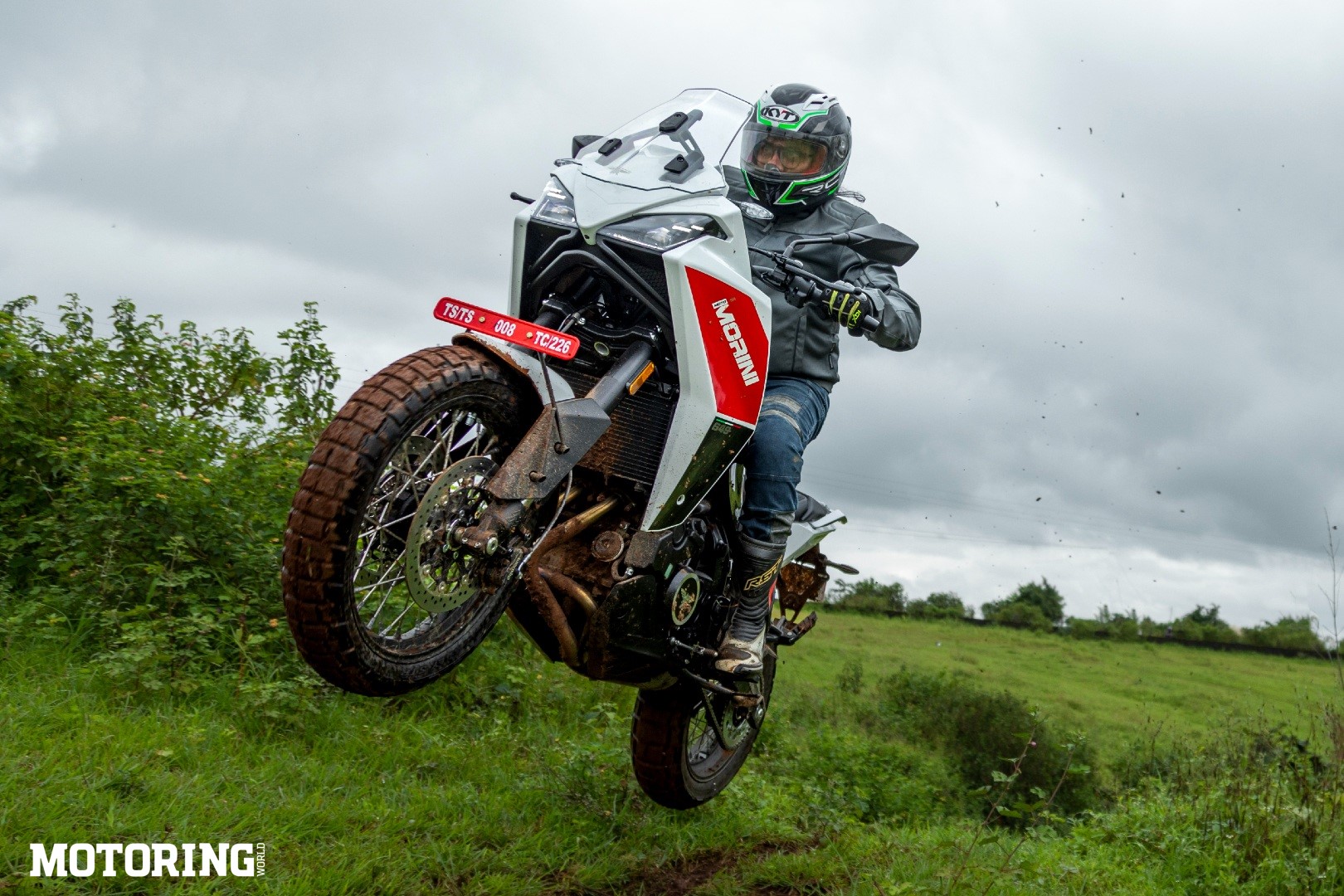 Adventure touring motorcycles aren’t the best-looking motorcycle per se. I mean, they are tall, bulky, and can be a handful to ride if one isn’t an experienced rider. They are more about function over form because their purpose is to get to places where other motorcycles would struggle to reach. But I also feel for one to extract a healthy sum, if not the best, out of an adventure bike, he/she is also expected to tweak their riding style. Out of the current spread of adventure motorcycles in the market, a sizable bunch are very welcoming to get accustomed to but very few are appealing enough to grab eyeballs. And if the latter is what also matters to you when considering an adventure bike, look no further than the Italians. 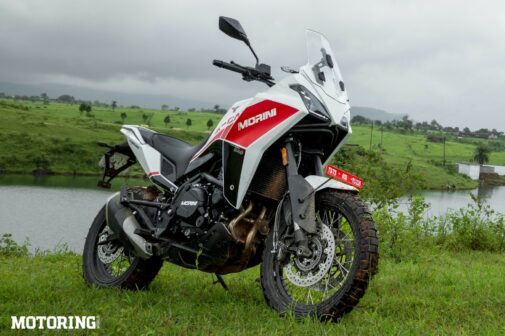 Famed for their skill to strike the perfect balance between function and design, brands like Ducati and Aprilia, have created some astonishingly beautiful adventure motorcycles. But again, let’s be honest, they also fetch a high premium that not everyone can afford. But there is one now, Moto Morini, one of Italy’s oldest motorcycle brands. While it is now owned by Zhongneng Vehicle Group, where the manufacturing happens, the motorcycles are still designed and developed in Italy. The ADV offering from Moto Morini is called the X-Cape 650 and it is offered in two variants — standard and the 650X. While the former is kitted with alloy wheels, the latter comes with tubeless-type wire wheels and longer suspension travel, which also was my test bike for the day. 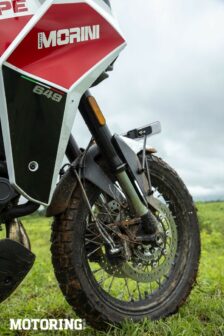 First things first, the X-Cape 650 is an Italian motorcycle and it’s evident from its looks. Amongst the other adventure motorcycles out there, it has a very distinctive design, something that is reminiscent of the Cagiva Dakar bikes of the yore, especially the one in these pictures. At first glance, the X-Cape 650 delivers an imposing persona in terms of sheer presence with its rather huge fascia with sleek split LED headlights. Get up close to the bike and you are welcomed with impressive fit and finish levels, tight panel gaps, and a sense of premium feel. Now, while we were told that the X-Cape 650s will be assembled in India, I do hope the quality levels remain the same, considering the possibility that the test units could have been imported. 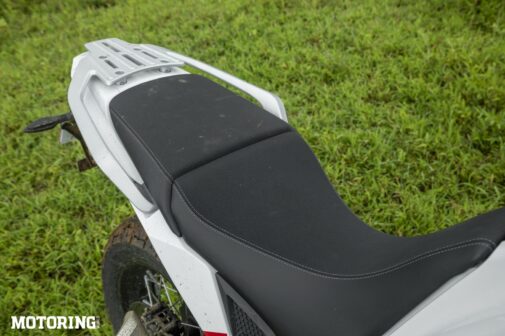 The seat height of 835 mm feels quite intimidating on paper. However, on swinging a leg over its long saddle, off the kickstand, with the suspension compressing my weight, I was seated within the bike, a very comfortable and welcoming feeling. Moving the bike around while being seated can get a bit taxing, thanks to the 213 kg dry weight, but with little time spent is manageable. One of the important reasons for that is due to the slim structure of the bike. The same is instantly noticeable while riding the bike while standing on the pegs. I was able to grip the tank with my knees while holding the tapered handlebar in a comfortable position. Moto Morini has got the ergonomics bang on, and the proof of that is in how little time it takes to get accustomed to the bike’s dynamics and dimensions. The chassis balance is on point as I couldn’t feel the weight while I rode the bike on the trail, kicking up dirt with the tail stepping out. One of the important contributors to this confidence is the grip offered by the Pirelli Scorpion STR rubber. Jumps, powerslides and sending rooster trails on a dirt track soon become a fun experience rather than an intimidating one. 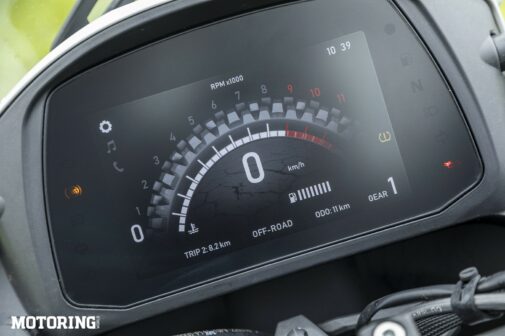 What’s also worth mentioning are the features that Moto Morini is offering on the X-Cape 650. You get a large 7-inch TFT display with a pleasant and spacious layout. Toggling through the UI barely takes any time to get accustomed to, thanks to the bunch of switches. Another impressive aspect is the use of fully adjustable suspension at both ends that enables the rider to fine-tune the X-Cape 650 as to their preference and weight being carried. Navigation has been given a miss, but I don’t mind it, as I personally prefer to use my smartphone over inbuilt software. There are two USB chargers right next to the handlebar, so one can easily mount a GPS unit or a smartphone and use it for navigation without the worry of draining the battery by the time one reaches the destination. One of the most critical features that give me peace of mind is the tubeless wire wheels. There’s also a manually adjustable windscreen and dual-channel ABS as standard. The latter has the option to disengage the ABS for the rear upon selecting off-road mode. 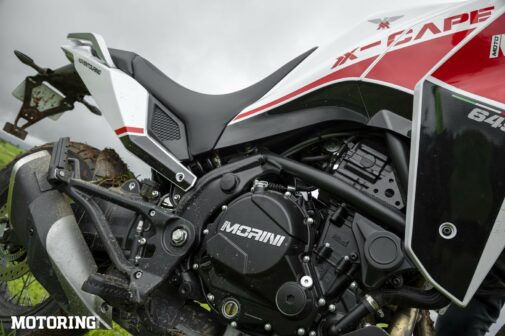 In terms of firepower, the X-Cape 650 is powered by a 649cc parallel-twin motor with liquid cooling that pumps out 55 bhp of max power and 5.50 kgm of peak torque. Now, these numbers are considerably lower than the X-Cape’s direct Japanese rival. The feeling of urgency to get going on the word go isn’t quite there, but neither does it feel close to a slow bike. However, this character of the engine comes very much in handy off-road. The low-end torque helps in keeping the revs low, making it a friendly experience to manoeuvre around obstacles. But one does also use the clutch a lot more in such situations and it does become quite a workout to operate the heavy clutch. It would have been very much appreciated if Moto Morini had considered opting for a slipper clutch, which apart from easing the weight on the clutch operation, is also a norm on modern mid-displacement ADV motorcycles. 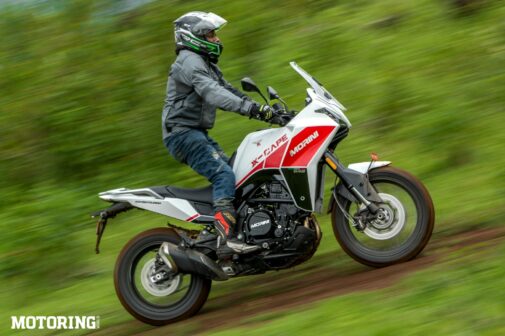 While the test bike I was riding didn’t have many kilometres clocked on it, I did notice vibrations from the body, while revving the motor on standstill. While I do hope it was a one-off case with the test bike, it did raise a flag for vibrations to only go up in the long run. On the go, the X-Cape’s motor does feel a bit buzzy at low speeds but irons itself out as the speeds go up. Given the limited time that was provided to test ride the bikes and take pictures, there wasn’t sufficient time to pace the motorcycle through the six cogs, at triple-digit speeds or around sweeping corners. The bike is equipped with twin discs at the front and a single disc at the rear which did a clean and effective job of shedding speeds for the duration I got to spend time with it. 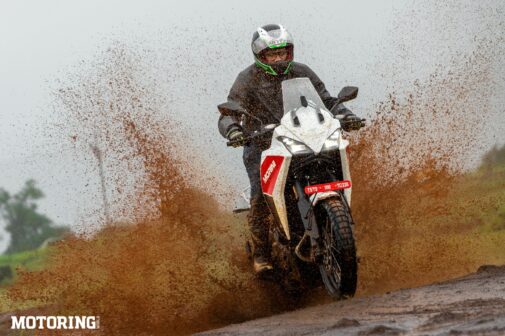 As an initial impression, the Moto Moroni X-Cape 650X has left me well impressed. As much as I would have loved to spend more time in its saddle, it will have to be for the time when we get the bike for a proper road test. The bike has a distinctive design that makes it stand out from the crowd for sure and has the credentials to perform as a formidable off-roader as well. Club with it the premium cycle parts and the healthy feature list, making the package very interesting. The challenge now comes down to how the brand chooses to go ahead with the prices, considering their market presence and awareness. If priced correctly, you are looking at an Italian adventure motorcycle that is good-looking, practical, feature-equipped, and above all, a fun bike to ride.