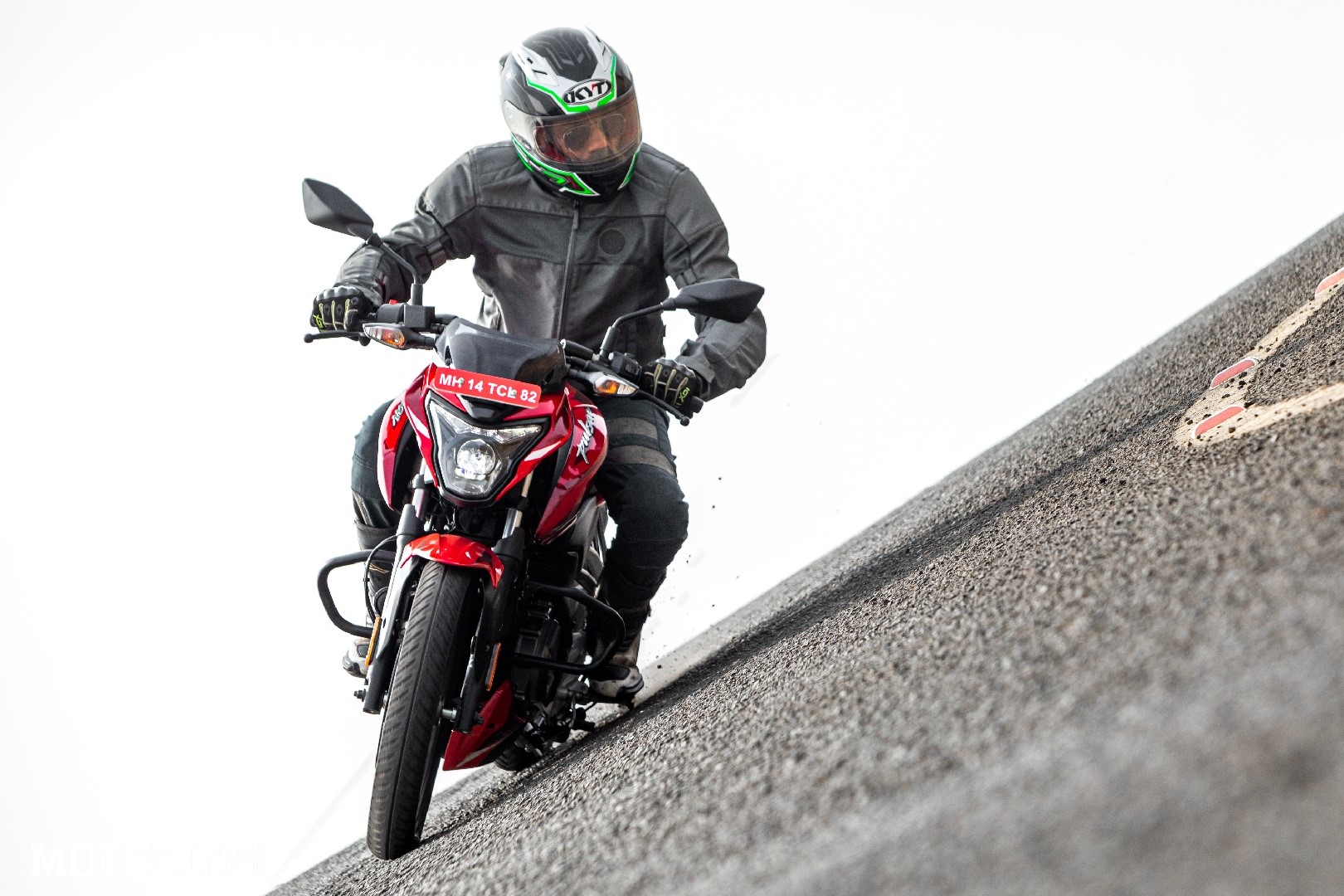 Two decades is a lot of time, and it feels a lot more if you calculate the number of weeks and days it comprises. When you think about it, much has happened during these twenty years, even if we are to talk about motorcycles alone. Technology and engineering have progressed by leaps and bounds, as motorcycles are capable of doing so much more than they could earlier. In a similar scheme of things, the OG Pulsar 150 has turned twenty this year, and while some of its rivals have ceased to exist, the streetfighter brat boy from Bajaj is still alive and kicking.

Surprisingly, the Pulsar 150 has managed to keep the ball rolling and remain relevant, despite the limited updates it received through its four iterations. But, as all things in life, change is inevitable, and likewise, the Pulsar 150 has evolved into the Pulsar P150. Built around a new chassis, packing a new powerplant and design, it is an all-new motorcycle with the responsibility to carry the baton for the iconic name. So, let’s get on with finding out if it does, shall we? 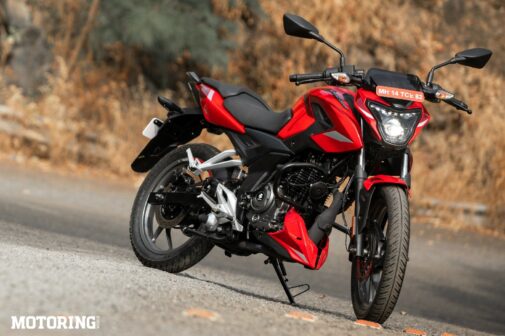 If you have been keeping track of the recent Pulsar models that have rolled out of the Bajaj factory, it is easy to notice the Pulsar P150’s striking resemblance to the Pulsar N160, and also the N250. That’s because all three bikes share the same body panels and several components. Bajaj calls it smart engineering, which is fine, but at the same time, there also needs to be a certain level of diversity in the design between the models.

The few differences that the P150 has in comparison to the other two are the headlamp unit (LED projector unit) and the Y-shaped three-spoke alloys. The headlamp unit is flanked by a petite cowl that also covers the simple, yet smart-looking ‘infinity’ instrumentation. While the P150 adopts a more sporty look, it feels that this Pulsar was put on a weight-loss programme. The intimidating muscular stance, which was one of the important design elements that appealed a lot to its buyers, is now absent. 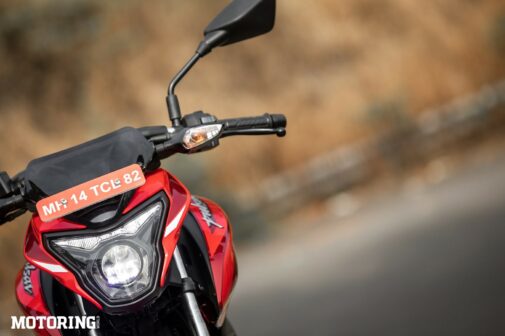 Now while the P150 is based on the sporty N160, the whole idea for the P150 was to make a comfort-oriented motorcycle that is low on NVH and high on manoeuvrability. To achieve that, the bike features a new, stiffer cradle frame that is a much better design compared to the previous Pulsar 150. The weight distribution at the two wheels is closer to being equally split, instead of the more forward-biassed setup on the predecessor. In terms of kerb weight, the P150 is 9 kg lighter than the Pulsar 150 and a significant 14 kg lighter than the N160. The weight savings have been achieved thanks to the changes to the chassis, engine, wheels, and even the smaller size of the fuel tank. 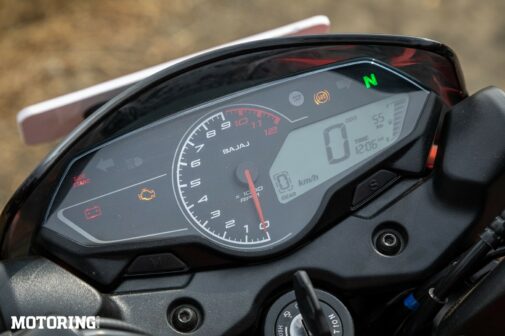 All of this makes for a light motorcycle that can be felt the moment you take it off the kickstand. And the same reflects when on the move. Getting in and around traffic is like a walk in the park, thanks to the extreme agility. It barely requires time to get accustomed to riding the P150 as it presents the rider with a very welcoming nature. The dynamics of the motorcycle are poles apart from its predecessor as this one corners with lots of confidence and poise.

Gone are the times when the Pulsar was infamous for its heavy front end, which affected the bike’s handling by quite a margin. Also, what’s worth mentioning are the brakes. The model here is the twin-disc variant with single-channel ABS. The quality of the braking hardware is good as the bite is nice and strong, but not immediate. A little more progression could have been nicer, for better modulation of the pressure applied. 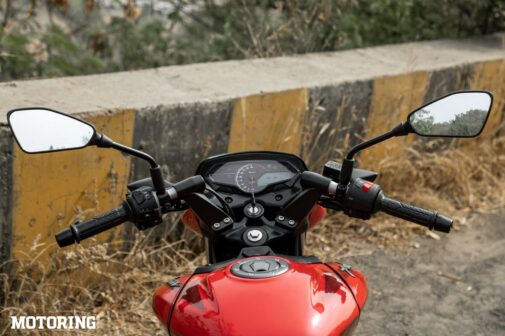 From the riding time that I got with the P150, what did puzzle me quite a bit was the riding ergonomics. While the idea was to offer a more comfortable bike, the riding ergonomics are quite sporty. The positioning of the split-seat, clip-on handlebars, and the rather rear-set footpegs, are more on the committed side than what one would prefer. For this stance, there’s already the N160, which offers the same. Yes, there is a lower variant featuring a one-piece seat and handlebar with more neutral foot-pegs offering a more upright stance, but the compromise here is that it comes with a rear drum brake and a slimmer rear tyre. 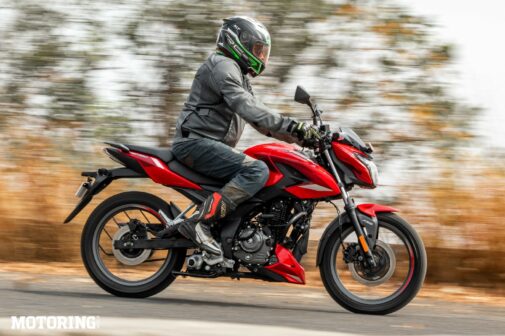 Otherwise, what the P150 manages to fulfil wholeheartedly is the performance factor. The all-new 150cc mill is derived from the N160, but uses the same bore and stroke (56 x 60.70) as the older Pulsar 150. In simpler terms, the motor retains the character of the previous Pulsar, but packed in a modern construction. The result of this is a punchy performance that’s available from the bottom end through the mid-band, which has always been the Pulsar’s character.

The motor revs till 10,000 rpm, but the sweet spot to upshift for maximum acceleration is around the 8500-rpm mark. What is also commendable is how refined and vibration-free the motor is now. There are slight vibrations felt at the handlebar and foot-pegs at high rpm, but it’s not at all intrusive. In terms of top speed, the P150 managed to clock 120 kph, which is healthy and adequate for a bike of its segment. In the city, shifting through the 5-speed gearbox is smooth, with positive shifts on all occasions. The low-end torque allows the P150 to be ridden at slow speeds, without any hesitation in second, and even third gear. 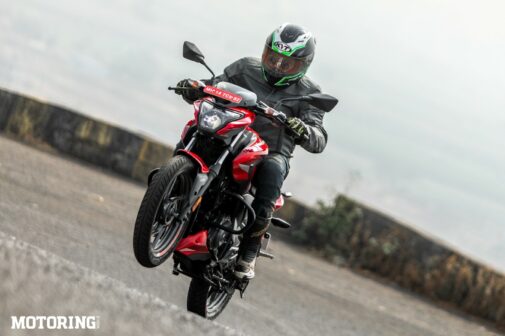 In conclusion, the all-new Pulsar P150 is a huge advancement from what it has been for the last two decades. It rides superbly, runs almost vibration-free, is nimble around corners, and is light on the pocket. The twin-disc variant retails at Rs 1.19 lakh, while the single disc comes in at Rs 1.16 lakh (both ex-showroom), which are attractive price tags when compared to their rivals. However, the Pulsar 150 buyer was drawn to the bike for its bulky stance and overall big bike feel. And with the P150, he/she will have to compromise for a bike that has shrunken in bulk.

And that could inversely hamper the whole purpose of buying it. Subsequently, the Pulsar N160 demands not much of a premium over the twin-disc P150, meaning those wanting a sporty Pulsar are better off with the larger capacity bike, which comes with a slight bump in performance, too. On that note, it would be a case of wait and watch for the Pulsar P150 on how it appeals to the existing buyers and attracts the new ones. I hope waiting for that answer won’t take another two decades.