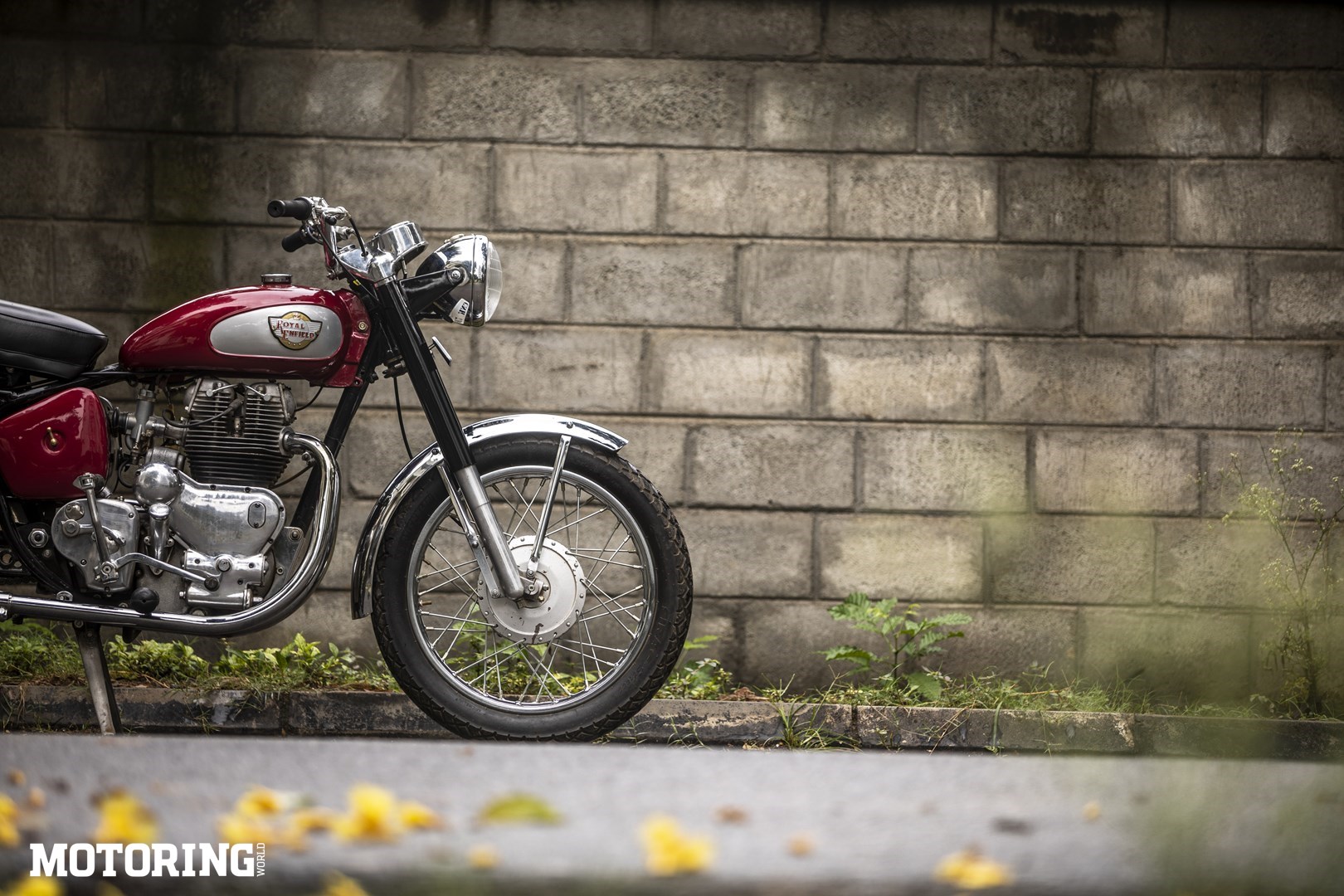 Motorcycle people come in all shapes, sizes and stereotypes. At first glance, depending on what he happens to be riding at the moment, Rajesh Nair could fit any available motorcycling trope. But he’s actually one of a rare kind; more on that later. For now, allow me to direct your attention to one of his motorcycles, a 1960 Royal Enfield VAX Interceptor 700. It’s not just another old RE twin — it’s the first motorcycle to carry the Interceptor name. But wait a minute, wasn’t the old Interceptor a 750? Yes, it was, but it wasn’t the first one.

You see, the VAX Interceptor was a hotted-up version of the Constellation 700, and was made only for the North American markets. Engine numbers for this bike were stamped with the ‘VAX’ prefix, leading to its distinction as the VAX Interceptor. Only 158 to 170 examples were ever made between December 1959 and July 1961, according to factory despatch records; 12 bikes are not accounted for and no one knows where they went. My hope is that they became racing bikes and lived the full, eventful lives that only racing machines do. And they very well could have, too.

When the VAX Interceptor was launched in 1960, it was the biggest and most powerful parallel-twin in the world. Based on the milder Constellation, the VAX featured lightened and balanced crankshaft from the factory, cams with more aggressive timing, a Lucas racing magneto, a bunch of other performance mods, and it was initially sold as a scrambler. Yes, RE’s very own desert sled; apparently, to sweep the Californian-desert dust with its distinguished competition from Triumph, BSA and others, RE thought a whopping big-twin scrambler made perfect sense. It didn’t, of course, since soft sand has only tolerated light motorcycles from time immemorial, and so RE was forced to offer the option of a roadgoing Interceptor S model. This is what Nair got in a completely dismantled state around three years ago.

‘I knew it was rare, and also that I could put it together,’ he says. ‘My favourite thing about the bike is that brilliant engine. It was very ahead of its time. If there’s one thing I could improve, it’d be the gearbox. It’s a horrible unit, as with all postwar Royal Enfields, and subsequently the Indian Bullet, too, which was basically a design from the 1940s.’ Now, I don’t know if that’s true, but it’s true that every single old RE I’ve ridden has featured that very same Albion 4-speeder, so it’s very likely that I simply don’t know any better. Especially since I only have an old Bullet 350 parked in my garage, and Nair has an old Royal Enfield, an old Triumph and an old Norton, among others, and he works on them himself so he knows what he’s talking about.

The Interceptor looks like a bike that a man named Grenade Singh should ride. It’s a proper stonker, with that beefy old parallel-twin and 19-inch wheels giving it more presence than the Archbishop of Canterbury. I particularly like how that 9.5-litre ‘sports type’ tank lets the maximum light fall on the motor so it can show off its generous proportions to full effect. Of course, this is all when it’s standing still; when it starts up, not the most forceful of orators could hold a candle to the Interceptor’s voice. I’ve been fortunate enough to ride a number of old British bikes, singles, twins, whathaveyou, but none of them can be said to possess the menacing dignity of an old Royal Enfield. It looks normal, even familiar, until it starts and everyone around takes a few steps back to be safe. 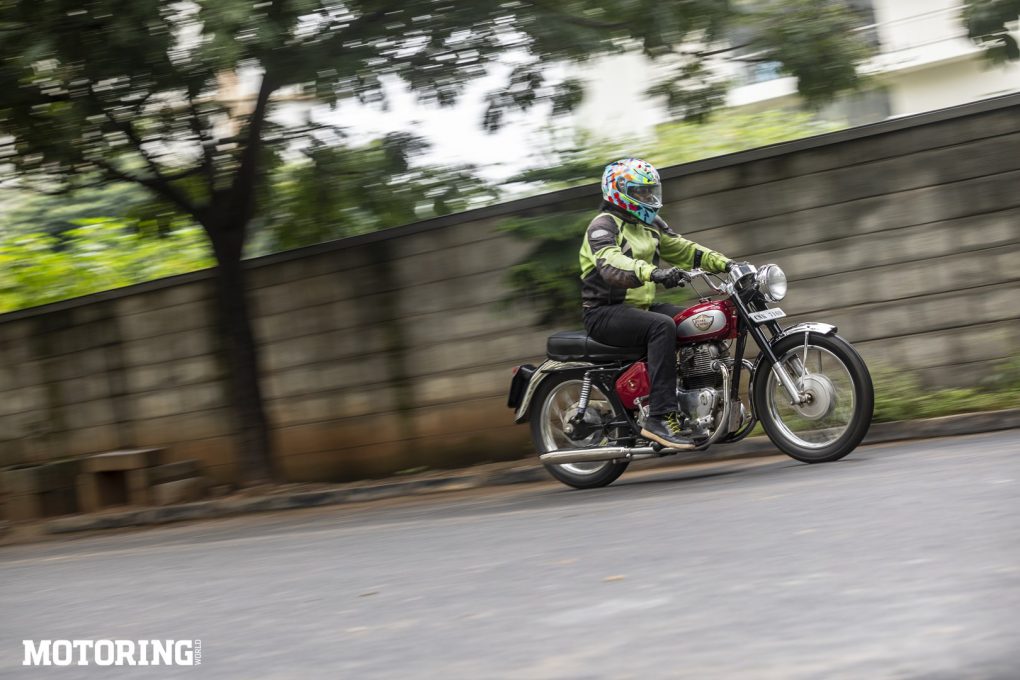 The Interceptor was smooth, suffusing its surroundings with a distinguished rumble. As terrible as Nair thinks that gearbox is, after 25 years of using it, for me it is muscle memory set in stone and burned into my brain: the right heel clicked down on the neutral finder, followed by the toes seamlessly hooking under the gear lever and firmly upwards to engage first gear. Everything else that followed, of course, was nothing that I was used to. First off, I stalled it right away. After a couple of embarrassed kicks, it started up, and as all overcompensating moments go, it was with a big honking handful of throttle that I took off. The Interceptor roared and nearly frightened me off the seat, but said muscle memory kept prodding down on the gear lever to finally reach fourth gear without my ever meaning to. 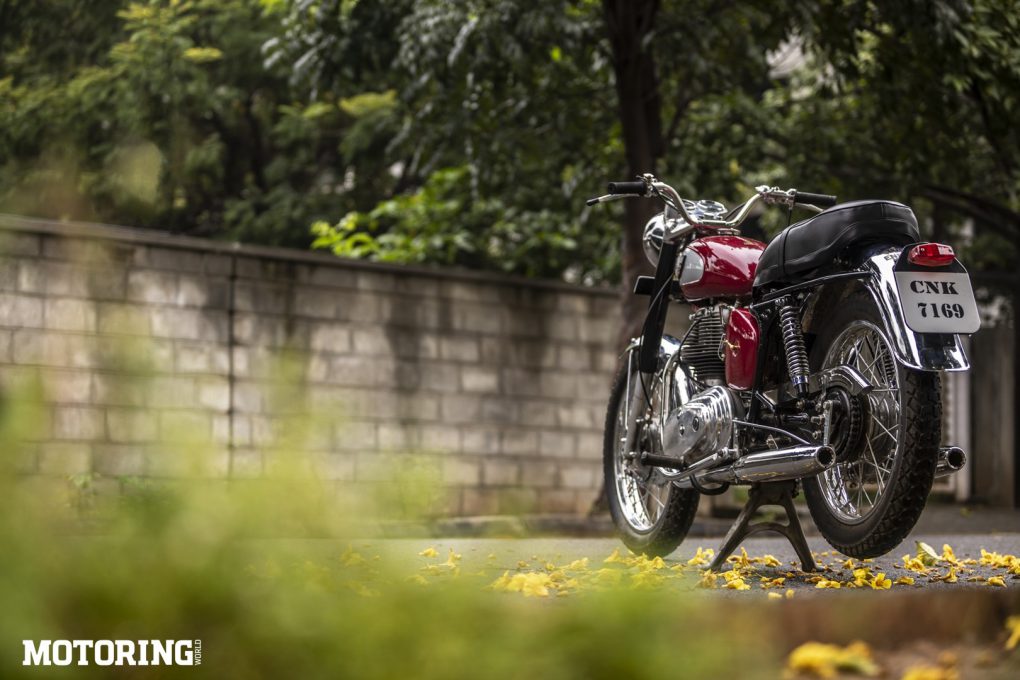 To me, riding an old bike fast has always felt like being perched on a runaway wrecking ball, not knowing which way it’s going to swing, only that there’s most likely going to be a broken wall in the end. On that day, Royal Enfield’s 185-kph claim in its quaint ads from 1960 remained untested, though Nair has taken his bike past 140 kph on a number of occasions. And he’s ridden it far, too, for 200-km breakfast rides. Also, reliability is a subjective thing, as far as old-bike enthusiasts are concerned. Part of the classic-bike fun is working on those charming machines, after all. As for me, I’ve always maintained that an old bike is indestructible until it breaks down. It helps to stay positive in the face of inevitable adversity.

Nair recently bought the new Interceptor 650, too, and I can’t imagine the satisfying perfection of parking it next to the very first first one. He says, ‘The new one is fantastic. I bought it to replace my old Yamaha TDM 850 and am thoroughly enjoying it.’ Yeah, a TDM. Also, Nair and his like-minded friends think nothing of riding their old bikes across the country, and he plans on taking his bikes to Ladakh as soon as he can. This, against the cliché of most old-bike owners droning on about their bikes than actually riding them anywhere. See what I meant about him being a rare type of motorcycle guy?

A guy with a basement full of old bikes that he works on himself, and who isn’t afraid of riding them to the other end of a map. You don’t meet such people every day, I can tell you that much. You also won’t run into a VAX Interceptor anytime soon, either, and I believe Nair when he says, ‘The Interceptor is my favourite motorcycle.’ And just to reiterate, he adds, ‘I’ve never been a fan of the Bullets sold in India all these years.’ Point taken. This is clearly a gentleman who prefers twins and doesn’t like to be single. I completely understand, too, since the dream of an old RE twin has been simmering away at the back of my mind for a few years now. Out of curiosity, I asked him if he would ever sell the VAX, and the answer was as simple as it was poignant: ‘Never.’ Yeah, I wouldn’t, either.