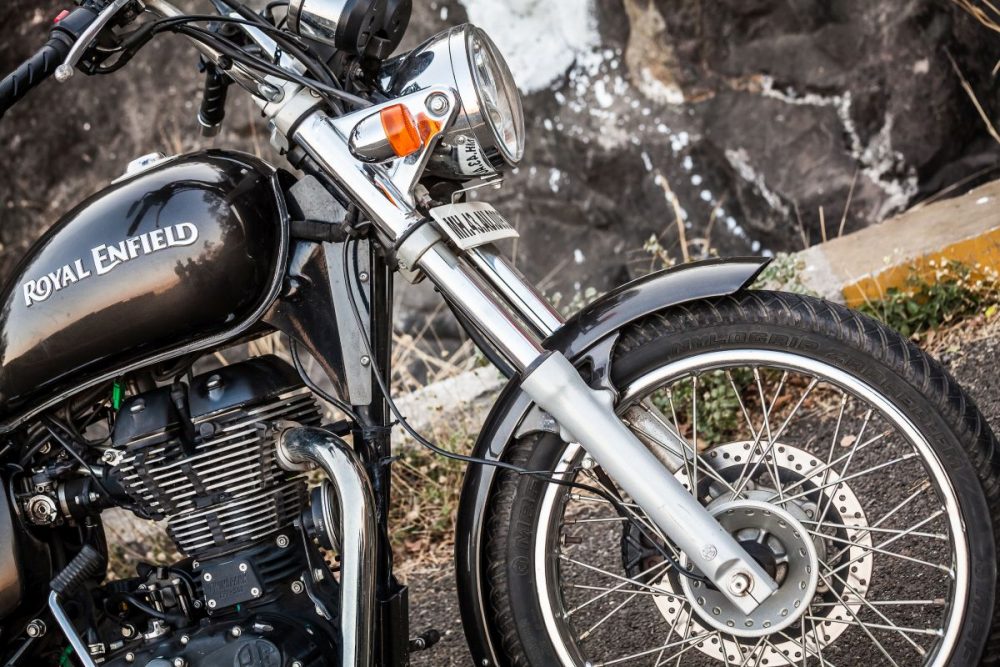 The company hasn’t yet announced the launch date, but the dealers have reportedly starting their communication. They’re inviting existing and prospective customers for the ‘unveil of Royal Enfield’s latest motorcycle… and the launch of a new milestone’. That’s what a text message shared by our friend Anand Kumar read, and was sent by his local Royal Enfield dealer along with the image below. 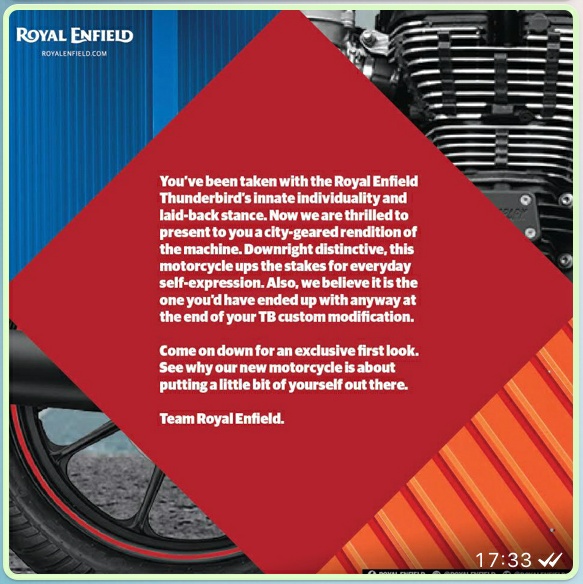 The fascination with the letter ‘X’ hasn’t been deciphered yet because unlike in the case of iPhone, the Thunderbird celebrated its tenth anniversary already — about eight years ago. But semantics aside, the motorcycle will be positioned keeping the young and energetic buyer in mind. Which is also the reason why the motorcycle gets company-fitted alloy wheels, short street-orientated handlebar, a single-piece seat, tanks painted in bright colours (choose between red, blue, yellow, and white), meters finished in gunmetal grey, and lower half of the motorcycle covered in matte black paint.

The new bike will be available in two versions: Thunderbird 350X and Thunderbird 500X. So there will be a choice of two engine options, which as mentioned above, are expected to remain the same as before. Wheel size may see a variation, but that’s not confirmed yet. Apart from that, it’s the good old Thunderbird in a new, snazzier package.

More details will be available closer to the launch.

[Photo of the boggo RE Thunderbird used for representation only]