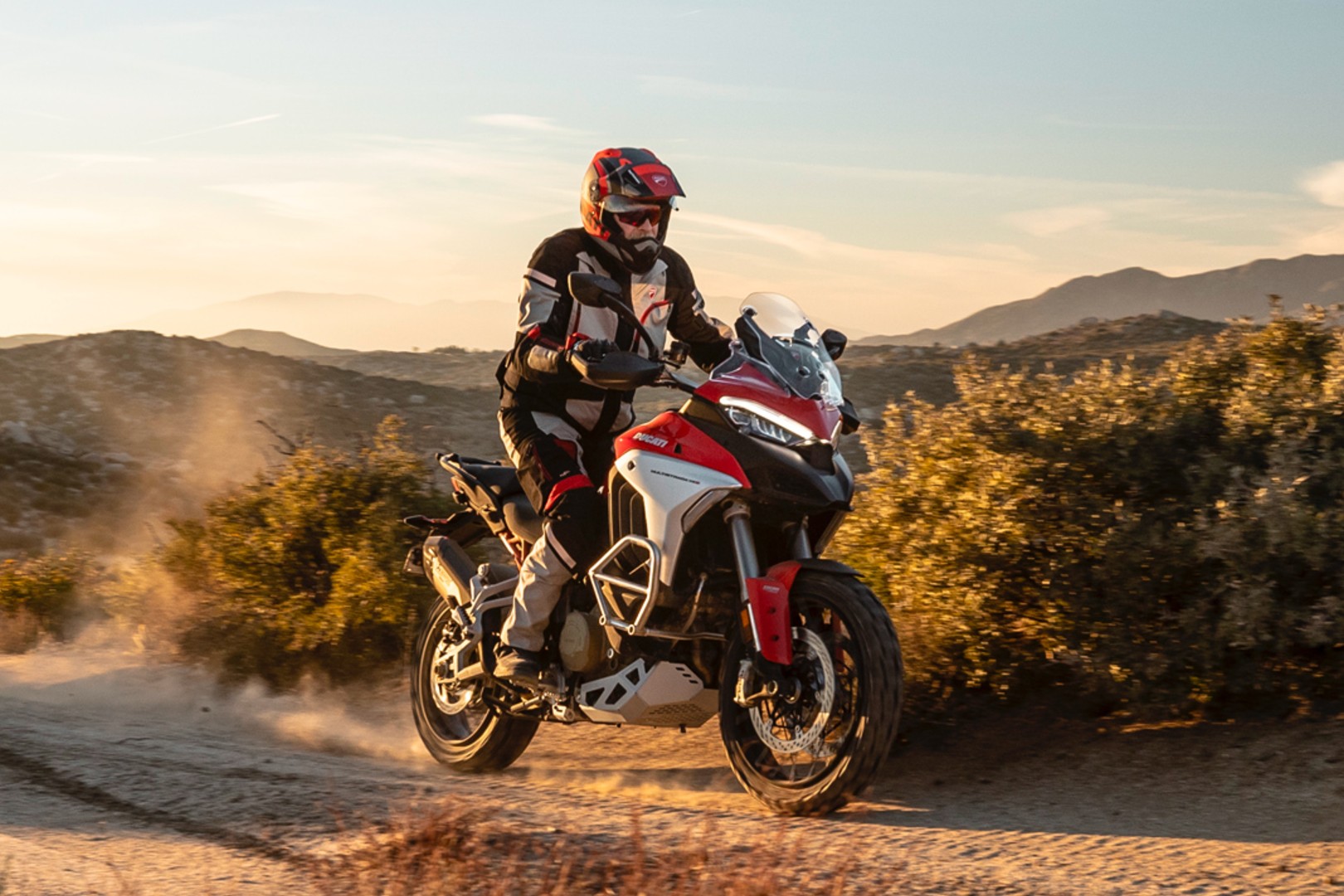 Ducati’s just announced on its social media channels that it’s going to drop the new Multistrada V4 in India, on the 22nd of this month. It’s the first version of Ducati’s well-loved adventure bike to get a V4 engine, as the name suggests. Pre-bookings had begun on the 16th of this month, and a booking of amount of Rs 1 lakh is what Ducati’s asking for. The Multistrada V4 will likely slot in between the BMW R 1250 GS and Harley-Davidson’s upcoming Pan America 1250, which should make it an interesting proposition.

Two variants will be available – the Multistate V4 and the Multistrada V4 S, with the S getting extra special hardware bits over the Multistate. The engine will be the same – a BS6-compliant 1,158cc V4 with 168 bhp and 12.6 kgm of torque, mated to a 6-speed gearbox. Standard features include a slipper clutch and a bi-directional shifter. Various bits of electronic wizardry include wheelie control, cornering ABS, traction control and four riding modes – sport, touring, urban and enduro.

Apart from these standard features, the S variants get semi-active Skyhook suspension, cornering lights, a radar-based cruise control system and vehicle hold control. The S and the S Sport will likely cost around Rs 1.5 lakh more than the Multistate model, and we estimate overall prices will be in the Rs 20 lakh region.