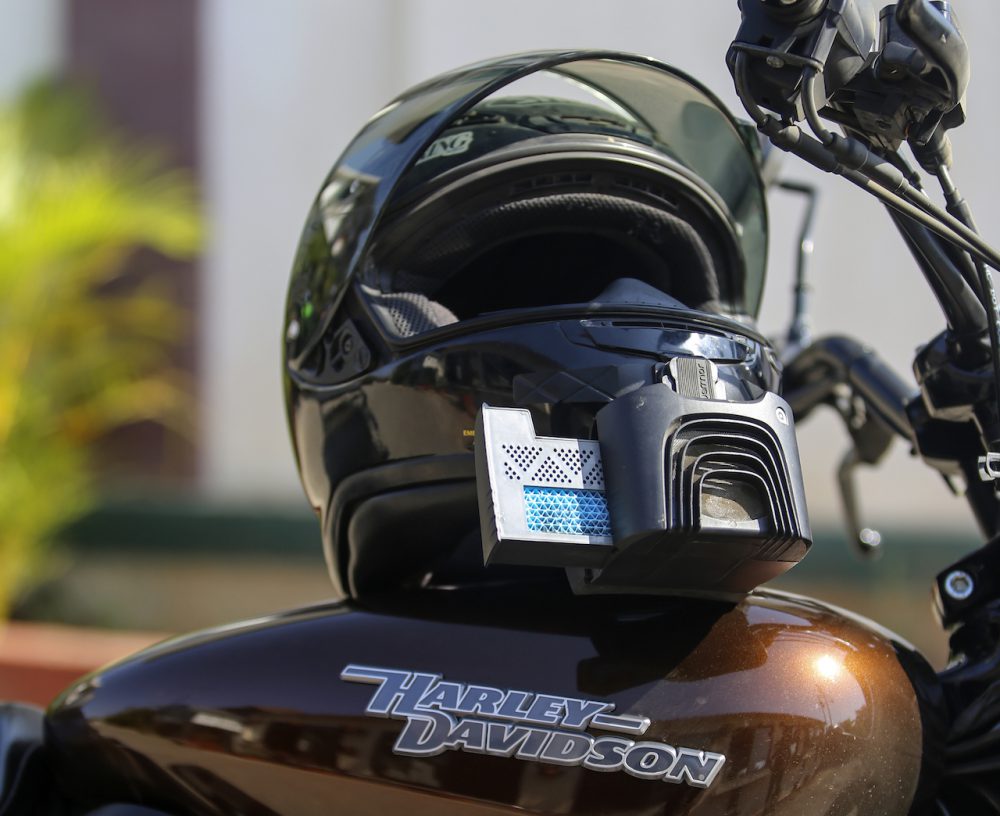 What is it?
It is a Darth Vader cosplay appendage. Ok it isn’t. The BluArmor BluSnap2 is the solution every Indian who has ever ridden in the summer (or pretty much the rest of the year too) has longed for. An air conditioning system for the helmet. Too good to be true isn’t it?

Really? How does it work?
It is quite simple really. The device houses a small fan that sucks in air. Just behind the fan is a removable filter that needs to be dunked in water. Thanks to the laws of thermodynamics, hot air passing over water cools down (ask an 8thstandard student why) and it is directed into the helmet from underneath. Viola! Cool air. 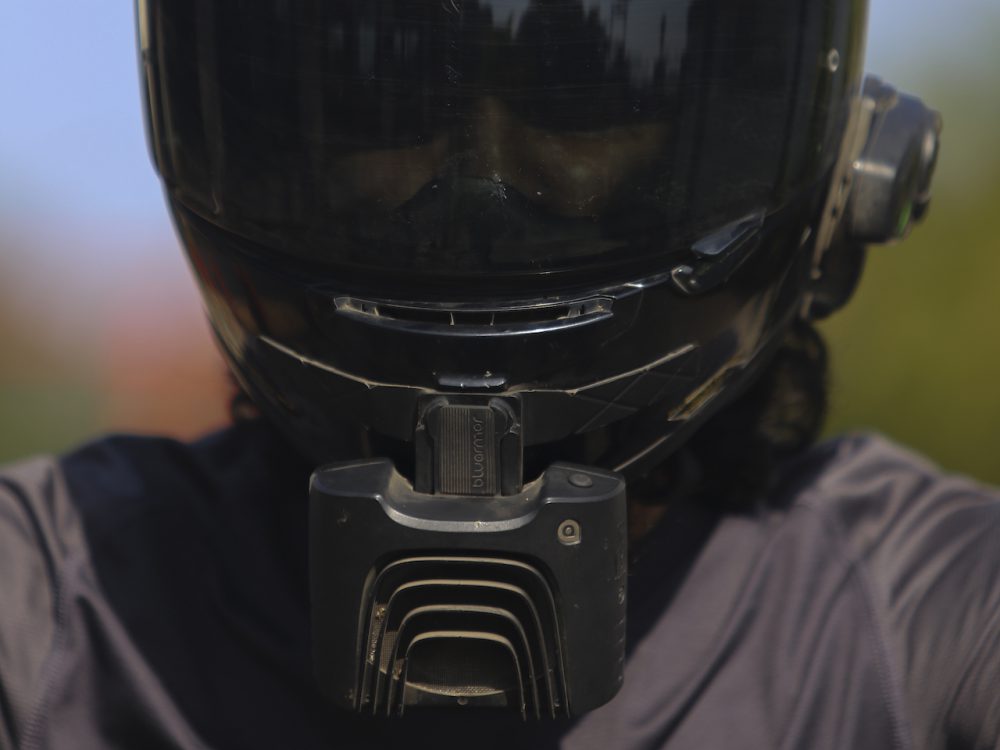 That’s all very well in theory, but does it have a real effect?
Even if you don’t read a word of this article, you can tell it is a long one. Do you think it would be this long if it didn’t work?

Yes, dear sceptic, it works. How do I know? I have been using it for the last month, and Mumbai weather is hovering in the high 30s these days. On a few occasions I forgot to dunk the filter in water and used it dry. It does provide clean air this way, and is definitely an improvement over not having anything. But when I dunked it in water, slid the filter in and took off, it was a whole new world. BluArmor claims a drop in internal temperature of 6-15 degrees. I didn’t strap a thermometer to my face to verify this, but I have no reason to doubt it. Why? Well I’ve consistently done 60-minute commutes in the afternoon in peak traffic and haven’t opened my visor a single time. This includes waiting at signals. Not opening your visor has another huge benefit that slips under the radar- clean pure air. India has one of the worst air in the world, especially in the cities, and every time you open your visor you inhale all of that. The filter in the BluSnap2 traps all the dirt and dust particles, and what you breathe is cleaner. It sounds like a gimmick, but I have genuinely felt a lot more fresh and alert (and less irritable) that I used to. Basically, it works as advertised. 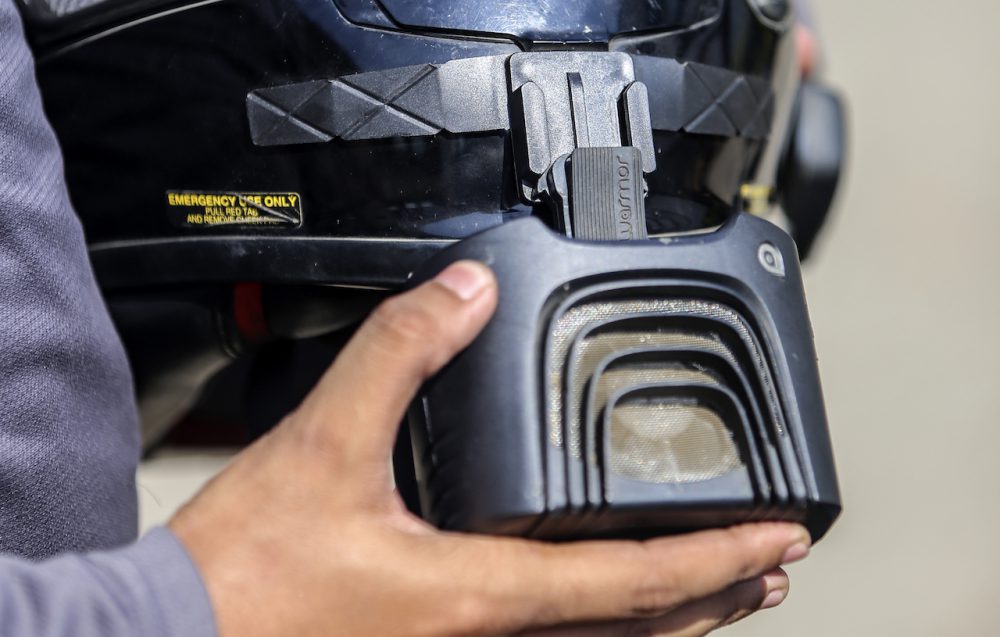 Ok take a breath man, we get it. It looks bulky though…
It looks bulky because it is. That being said, it isn’t heavy. You will notice it hanging off the front but I haven’t found it to upset the balance of my helmet. After a bunch of rides extending to 2-3 hours I didn’t notice any neck pain either, so that’s nice.

This seems interesting. What about using it on the highways and at faster speeds?
The primary advantage of the BluSnap2 is in the city and in traffic, where you aren’t moving too quickly (or too often) so air circulation is at a bare minimum. This is where you will notice the greatest difference. That being said I used it on weekend rides too, and it works just as well. It is most useful on the return journey, as the sun has risen by now and it is starting to get hot. As for using it at higher speeds, it surprised me. I did speeds in excess of 140 kph and didn’t notice any additional wind resistance. But that is true only as long as you are riding into or against the wind. Strong crosswinds tend to create some amount of torque that you will feel on your neck. Oh and don’t be an idiot and try to do head checks at 140 kph. I was that idiot for this article. It hurt my neck.

So it hampers neck movement?
This is a tricky one, as it depends. For general movement, it doesn’t. But are you the kind of person who sees a hot guy/girl walk past and crane your head as much as humanely possible? Then it won’t allow that. It is quite sanskaari like that. On a side note, stop checking out people like that. It creeps them out.

I noticed you haven’t mentioned anything about riding position and its effect yet…
Well thanks for reminding me then. So as far maximum cooling goes, so long as you are riding under 60-80 kph, what you ride and how you sit on it doesn’t matter in the slightest. It is when you start picking up the pace when all this comes into play. I tried this out on a Ninja 400 and noticed that in the crouched position you don’t feel the air on your face physically the way you would if you were upright. Note that it doesn’t affect the amount of cooling though. Then I coincidently happened to be on an ADV bike with a large windscreen, and here it does get a lot more noticeable. The BluSnap2 relies on air flowing into in to cool it down and vent, but when mounted it is more in line with your shoulder, which is out of the wind channel due to the screen and that does hamper the cooling effect. Just remember that this is only at speeds in excess of 60-80 kph. The absolute best cooling and venting effect is when you are sitting upright. And if you go very fast, the venting effect is multiplied as a lot more air rushes in. 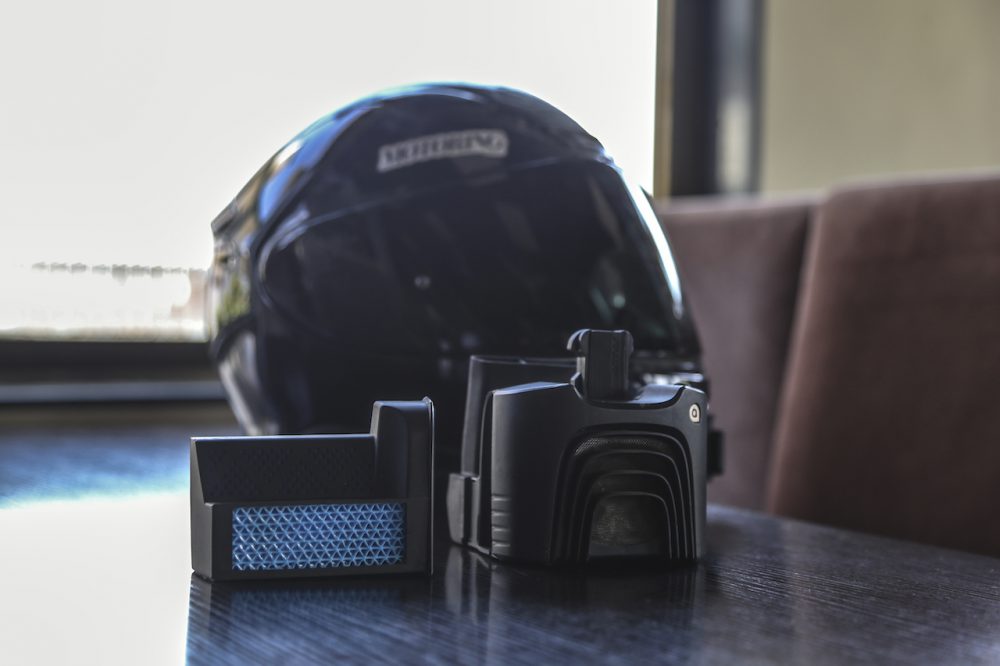 Is it noisy?
No. There is a soft hum, like the one your computer produces, which makes sense because the fan looks exactly like the ones found in them.

What if I crash?
I hope you never do, but if the worst were to happen, the BluSnap2 is designed to break off instead of snag. Other than the main device body, which is plastic, the rest is rubber. So there won’t be shrapnel piercing your throat or anything.

Will it dry my eyes?
A concern I had myself as I’ve spent a lot of my life wearing contact lenses. The air blowing in isn’t a gust. It may tickle your moustache, but it won’t hit your eyes directly so it won’t dry them out. I kept a keen eye out for this so I know.

If I’m buff enough, will my girlfriend call me Bane?
Quite likely. But it all depends on one question. Are you truly Gotham’s salvation?

Does a beard hamper ventilation?
Ah, a hippie question! Luckily I have a beard that is long enough to grab by the fist so I am qualified to answer this. Unfortunately a beard does get in the way a little bit. Does it prevent cooling of the helmet? No. But if you neatly tuck away your beard on either side you can feel the steady stream of air higher up on your face and that is always nice isn’t it?

Any colours other than black?
No Mr Wayne, black is all you get. However, you can buy additional front grilles in a few other colours. Personally I’d avoid them, but whatever floats your boat.

Anything else?
Hmm, I think I covered everything you need to know. Besides all that, it has a 10-hour battery and uses a standard micro-USB to recharge. Spares are available on the website. Dunking the filter in water once should keep you cool for a good 90-120 minutes. Want an extra cooling effect? Dunk the filter in water and let it chill in the fridge. Pull it out just before you ride. I promise you it will transform your life. 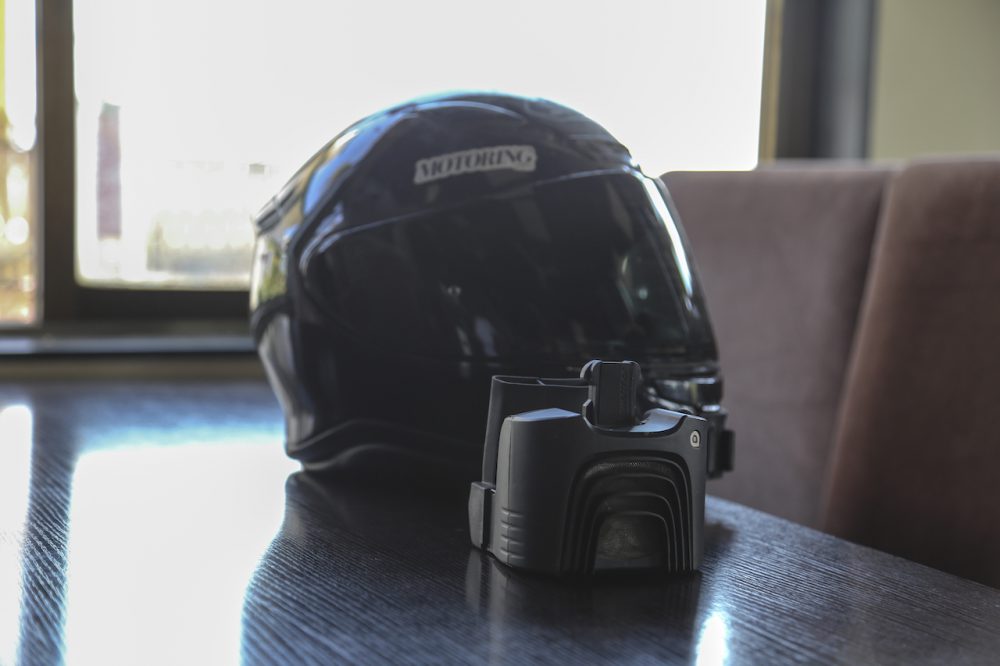 Where can I get it?
Just head to www.thebluarmor.com and order it online. It costs Rs 2,299 and for the comfort it will add to your riding, it has skyrocketed to the top of my list of accessories a rider needs to own in the city.