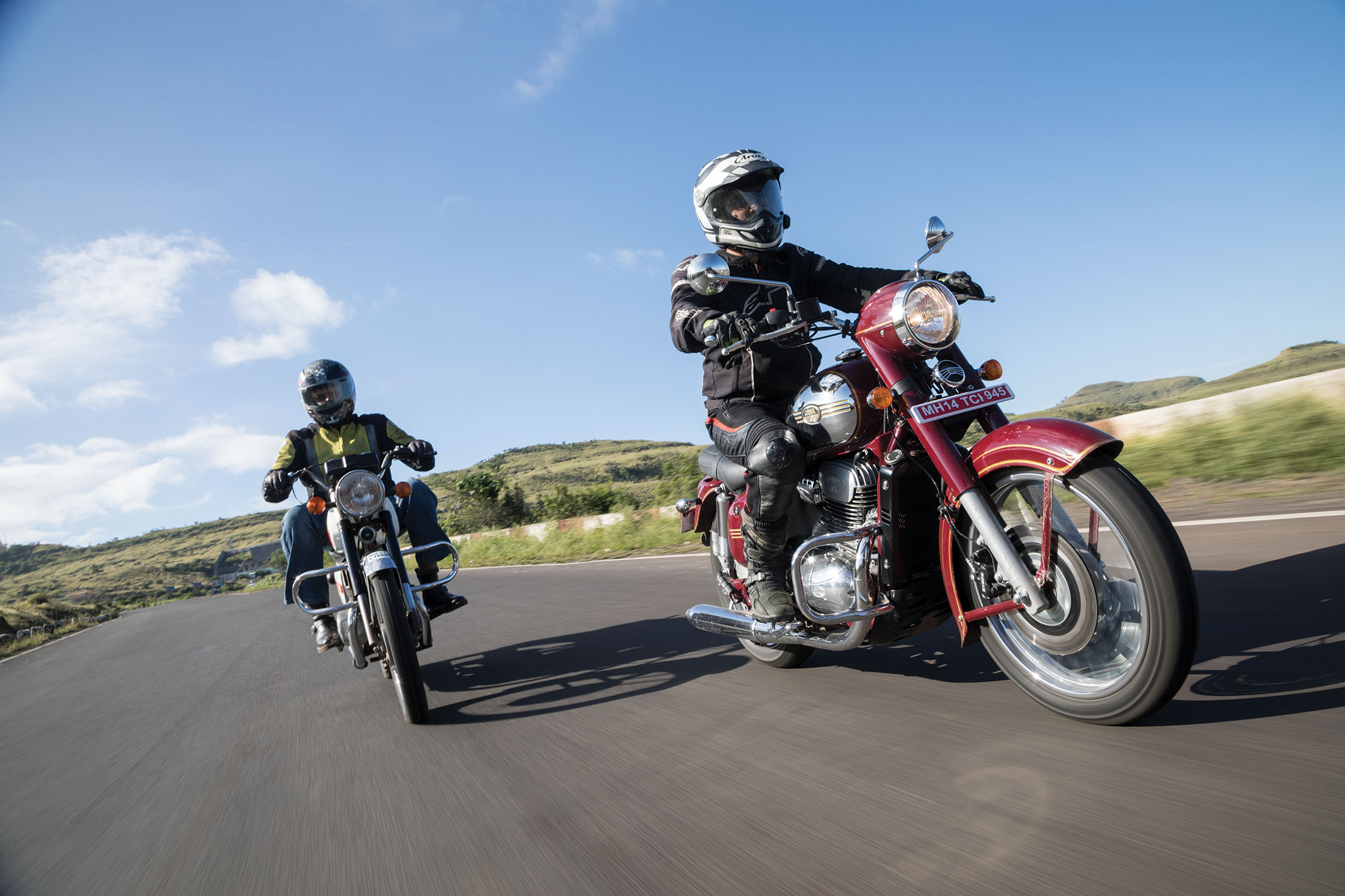 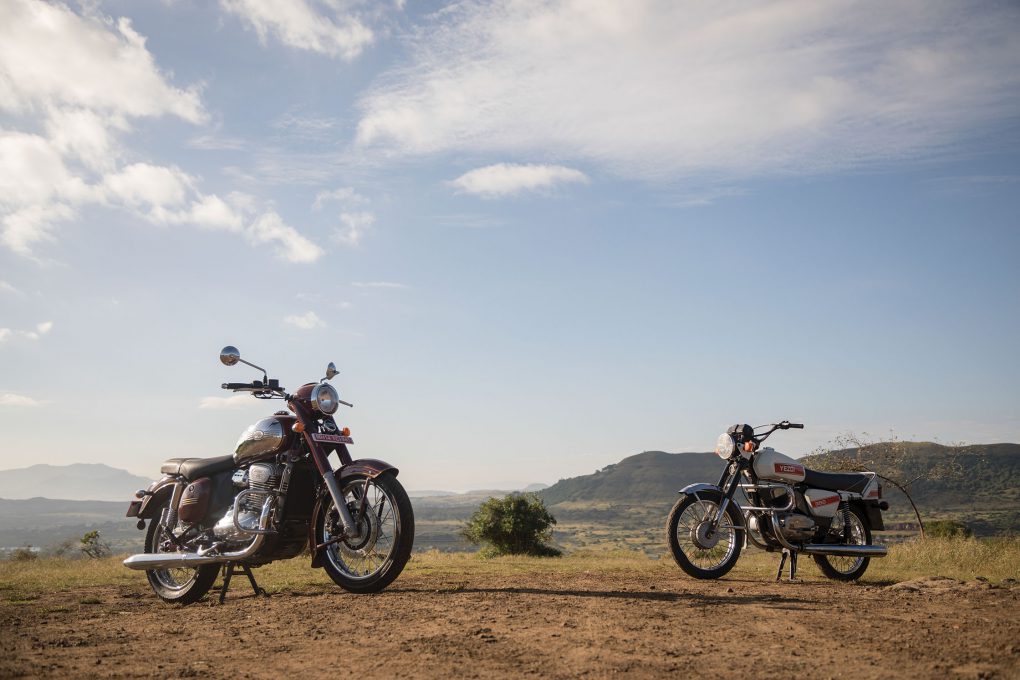 This faceoff just had to happen; pitting the biggest, most powerful Yezdi ever to hit the market (which is a grand way of saying that they sold about 700 of them) with the new Jawa that was unveiled a year ago. Some of you might ask, then, why a Yezdi and not a Jawa Type 354 or 360? Well, for one, the Jawa round-block parallel-twins were never assembled and sold in India, and secondly, the Yezdi in question was a parts-bin machine which used the frame and tinware of the Monarch, but its heart was a Czech-built Jawa two-stroke twin from the Type 634.

The Yezdi Twin, as it was known, put out 21 bhp from its pair of blocks, both of which were fed by a single carburettor. Ignition was of the contact-breaker points type and the lubrication was taken care of by oil which was premixed with the petrol. All that was good enough for the company to brag about a top whack of 125 kph with a 0-60 kph sprint taking 3.8 seconds.

A number of reasons contributed towards its poor sales. Mechanics didn’t quite know how to set the ignition timing of the twin and the Yezdi never quite had the allure or the visceral performance of the Rajdoot RD 350. Besides, labour issues at the plant ensured that its maker, Ideal Jawa, didn’t live long enough to actually push the bike hard enough. But thanks to the labours of Anand Mahindra, Boman Irani (who is the son of one of the original founders of Ideal Jawa) and Anupam Thareja, Jawa was reborn a year ago. And one of the two variants, simply called the Jawa, was the bike that we introduced to the old Yezdi 350.

To be honest, I am a bloke who is biased towards the design philosophy that abounds on vintage and classic motorcycles. But when I saw the Yezdi and the Jawa standing beside each other, there was no doubt that the new kid on the block trounced the old smoker in the aesthetics department. The Yezdi, with its straight lines and rounded edges, would stand out on any other day from the crowd, but today, the Jawa’s voluptuous silhouette bagged top honours. The Jawa was intended to be an evolution of the Type 353 Kyvacka that ruled our roads back in the day and the designer had nailed that brief. The generous chrome and ample pinstriping just tied everything up really well, and the detailing on the engine was simply gorgeous.

However, if a gun was put to my head and I was forced to nitpick the Jawa’s styling, I’d say that the front mudguard needed a more pronounced flare at the bottom and the centre cowl needed to extend and fill out some of the open space between the rear shock and the tool box. And I don’t know if it was just me, but the bike seemed to be a tad disjointed from where the fuel tank ended and seat began. The front end seemed hell bent to be an ode to the old Jawas, while the rear end didn’t seem to really bother. Also, I thought that the bike had simply too much branding strewn about.

Soon, it was time to stop gawking and ride. I had ridden the Yezdi 350 earlier and so I swung my leg over the Jawa and instinctively, my left heel tried to find the gearshift lever to swivel into the kicker position, like on the older bikes. That is how familiar this Jawa felt. After my foot hovered in the air and found nothing, realisation set in and I thumbed the electric boot instead. The engine came to life and it settled into a muted rumble.

I clicked the gearbox into first, and wrung the throttle to see what the 300cc motor had to offer. Acceleration was linear and strong, and I quickly went through the gears, trying to hit the rev limiter in every cog. The scenery turned to a blur, but the vibes from the motor, rated at 27 bhp, hit every single part of my body that was in contact with the motorcycle. In fact, the tingles on this motorcycle far exceeded the ones I felt on the 31-year-old Yezdi just moments before I got on to this bike.

After my ride, I was sorely disappointed with the vibrations and pointed this fact out to Kartik, who had ridden the Jawa at the media ride. He never encountered anything of the sort that I did, and so I suppose it was something that ailed this particular specimen alone. Either that or the bike I rode was put together by a bloke in the factory who wasn’t happy with what his wife had packed for lunch that day. 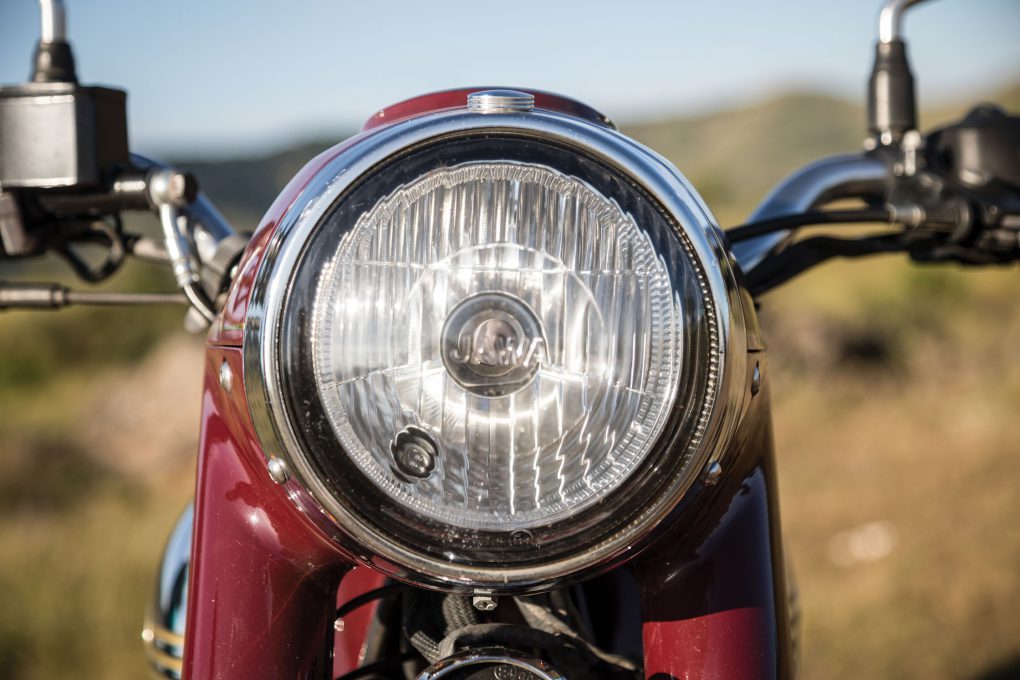 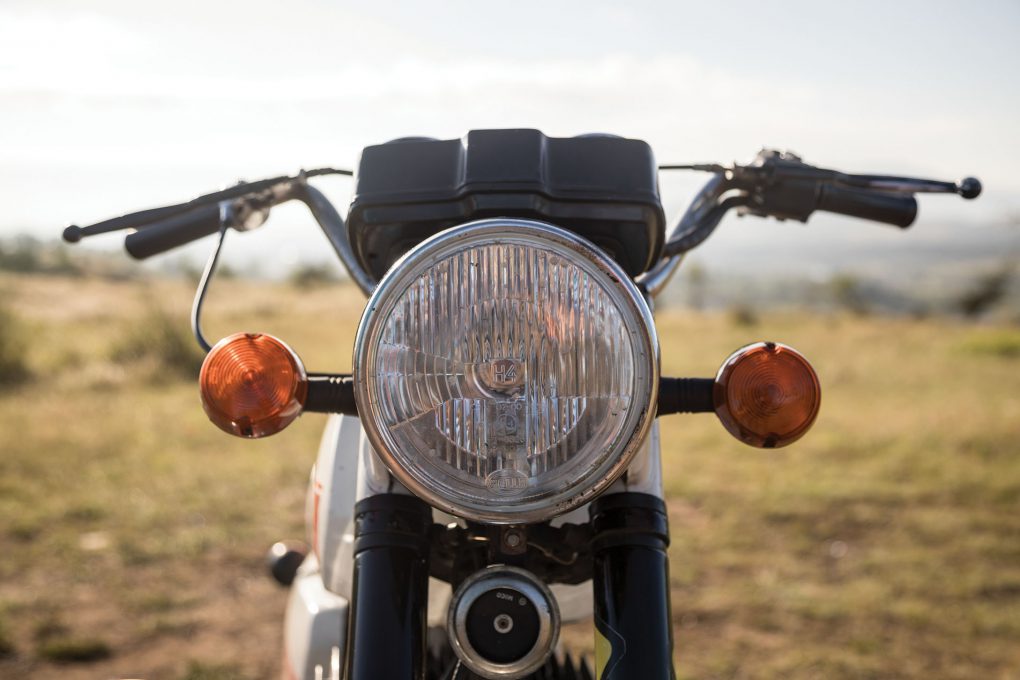 Pushing the Jawa through a series of corners was a joy; the frame-and-tyre combination came together to endow this motorcycle with the sort of handling and agility that is the staple of a truly fun-to-ride machine. Although the rear end felt choppy, the front suspension soaked up road undulations like a champ. A couple of goats decided to play chicken with me and the Jawa whilst negotiating a sweeping turn, and I was happy with how much feel the front brake caliper provided as it forced the pads down on to the disc. The rear drum brake, although wooden in comparison, shed speed surprisingly well. 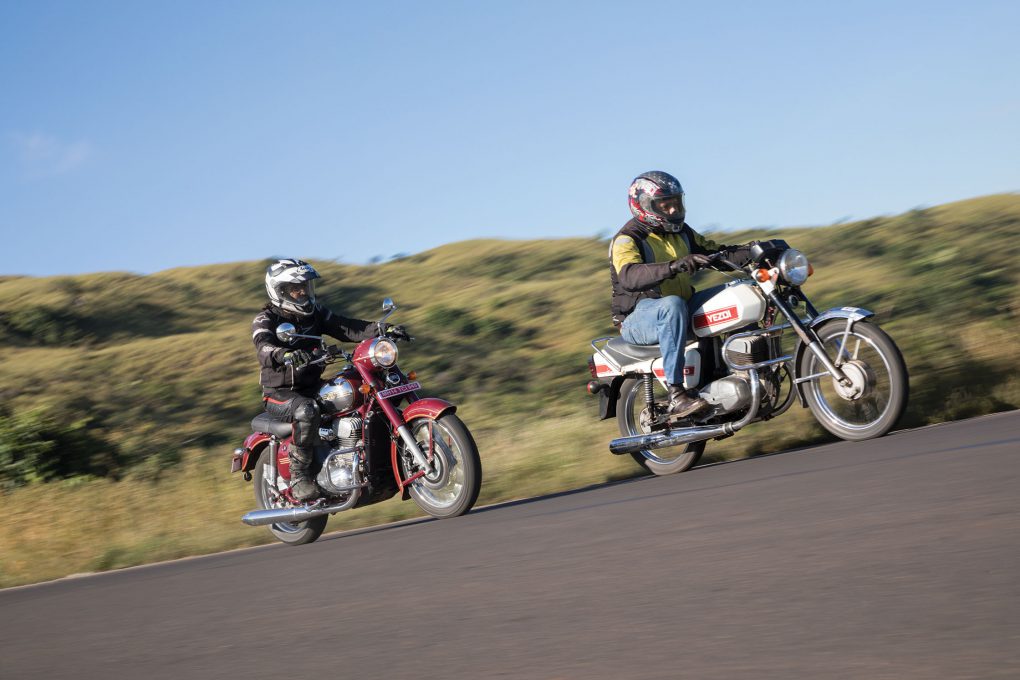 The Yezdi had earlier tried its best to set the benchmark on the same stretch of road, but its box-section frame, brakes and suspension — which were great for their time — showed their age and were no match for the Jawa today. So would it be safe to say that the new Jawa has picked up where the Yezdi 350 Twin had left off? I definitely thought so. Just that it would have been more authentic if the single left puffs of sweet-smelling blue smoke in its wake, though. As they say, if wishes were two-strokes… 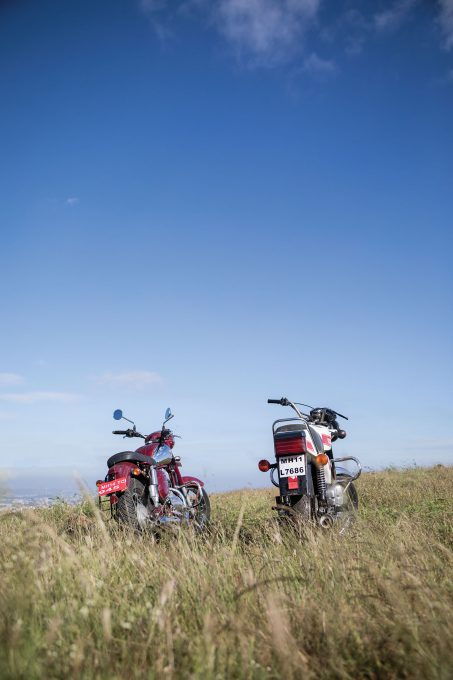