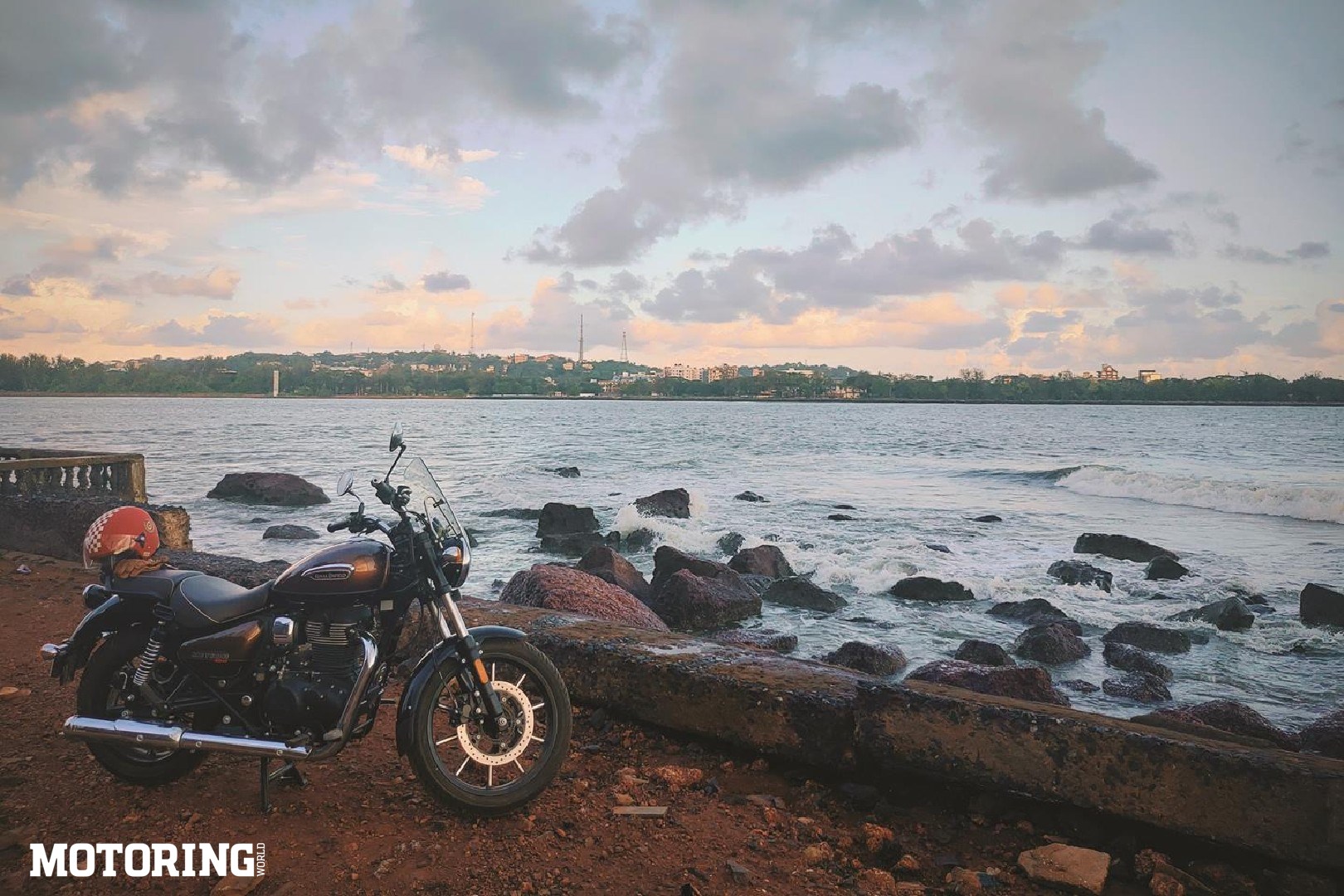 The phone rang one day, and when I picked up, the news wasn’t good — RE wanted to take the Meteor back. I agreed with some reluctance (I mean, it is their bike) because I’ve grown so fond of it that I take it for granted that it’ll always be… around. Nevertheless, it appeared there was no other option, so I made peace with it.

This was over a month ago, and the Meteor is still with me, so I’m fervently hoping RE has pushed the decision back (or forgotten all about it). My writing about it in this manner likely won’t help my cause, of course, but I’ll cross that bridge later. In the meanwhile, I’ve been riding it every opportunity I get, which in effect means whenever I feel like it, since the scenery in Goa is spectacular this time of year. Riverside locations, forts, churches, beaches, lush fields, off-road trails — I’ve been riding to/on them all, savouring the Meteor for all its worth before RE wakes up. I haven’t had a single issue with it so far, and all I’ve had to do is wipe it down thoroughly after each ride. No, wait — there is something. The onset of the monsoon has meant that some chrome/silver bits have begun to show speckles of rust, despite my parking the bike in a covered, dry spot. Other than that, I have nothing to report. Now to hope that I’m able to hold on to the Meteor for longer.