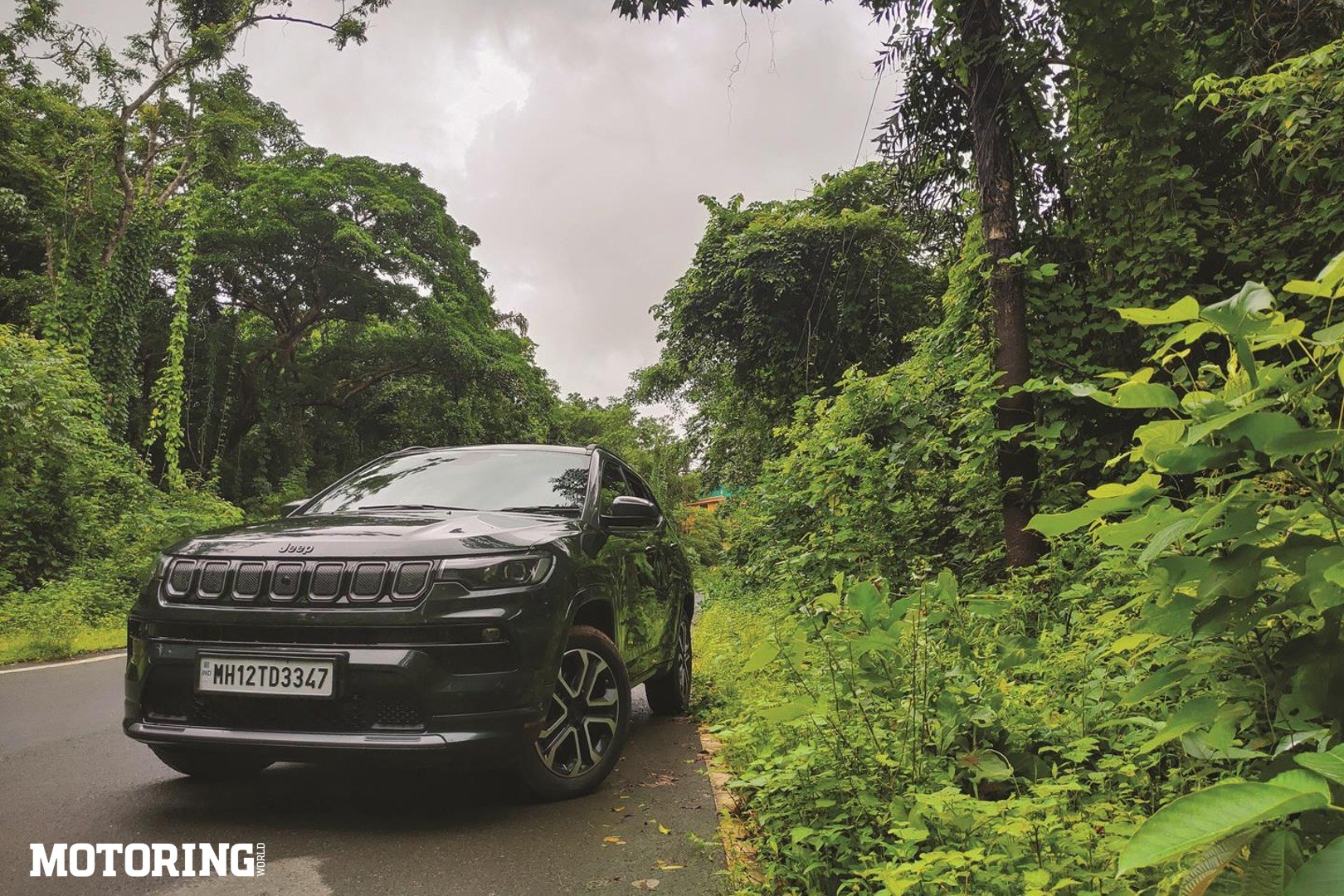 Before I set out on the abovementioned trips, I had a decision to make. Should I take the Creta, which had been a faithful (and frugal) companion on previous such drives, or should I go with something different? Eventually, the choice was made by my parents (they were coming along), who suggested that it would be nice for them to try out a new car for a bit. Thus it was the Compass that I took to the fuel station for a tank-up and some air in the tyres.

We set out from Goa early the next morning for Bengaluru, in pouring rain. Some of the roads near the Karnataka-Goa border had been savaged by the monsoon, but the Compass didn’t miss a beat throughout, and its 4WD system came in handy on a couple of stretches, which looked like they’d only recently been carpet-bombed. The Compass’ road manners and handling characteristics were top drawer, and certainly a notch above what the Creta offers. It felt rock solid and safe. Whether it was on endless stretches of a six-lane highway, tightly looping hill roads in the Nilgiris or fast B-roads, the Compass was entertaining to drive.

The cabin is the talking point, at least as far as Jeep is concerned, given that it’s been comprehensively refreshed. I had the range-topping model of the Compass, which comes with every bell and whistle you could ask for – cooled and powered seats, a large and hi-res colour touchscreen infotainment system, a sunroof, connected tech, a powered tailgate, wireless charging, auto headlamps and wipers, cruise control and a host of others. The all-black theme in the cabin does make it feel a little cramped, though, despite the fact that it’s roomy. However, a couple of friends drove the Compass and really liked the preponderance of black, so I suppose it’s down to personal taste. As a road-trip machine, it served the purpose admirably, swallowing a ton of luggage and keeping us very comfortable throughout. And it looks great – it’s refreshing to see an SUV that keeps it simple and clean, in this age of bling and all manner of curves and slashes.

The Compass’ two principal drawbacks are quite significant, if I’m to be honest. It is *seriously* expensive, costing more than a similarly specced Hyundai Tucson and around Rs 13 lakh more than a top-spec, diesel/automatic Kia Seltos. Yes, it does have a more powerful engine than a Seltos, and a great  4WD system as well, but still, that’s an entire petrol-powered Seltos as a price differential. The other thing is that the Compass is a thirsty car – the best fuel economy figure I achieved over a 3,200 km round trip was 12 kpl, with the figure dropping to as little as 8 kpl on occasion. That said, the Compass definitely has a rugged appeal, is built like a tank, rides and handles with aplomb and looks very good, especially in this fantastic shade of green. I certainly don’t regret having chosen it as my travelling companion.