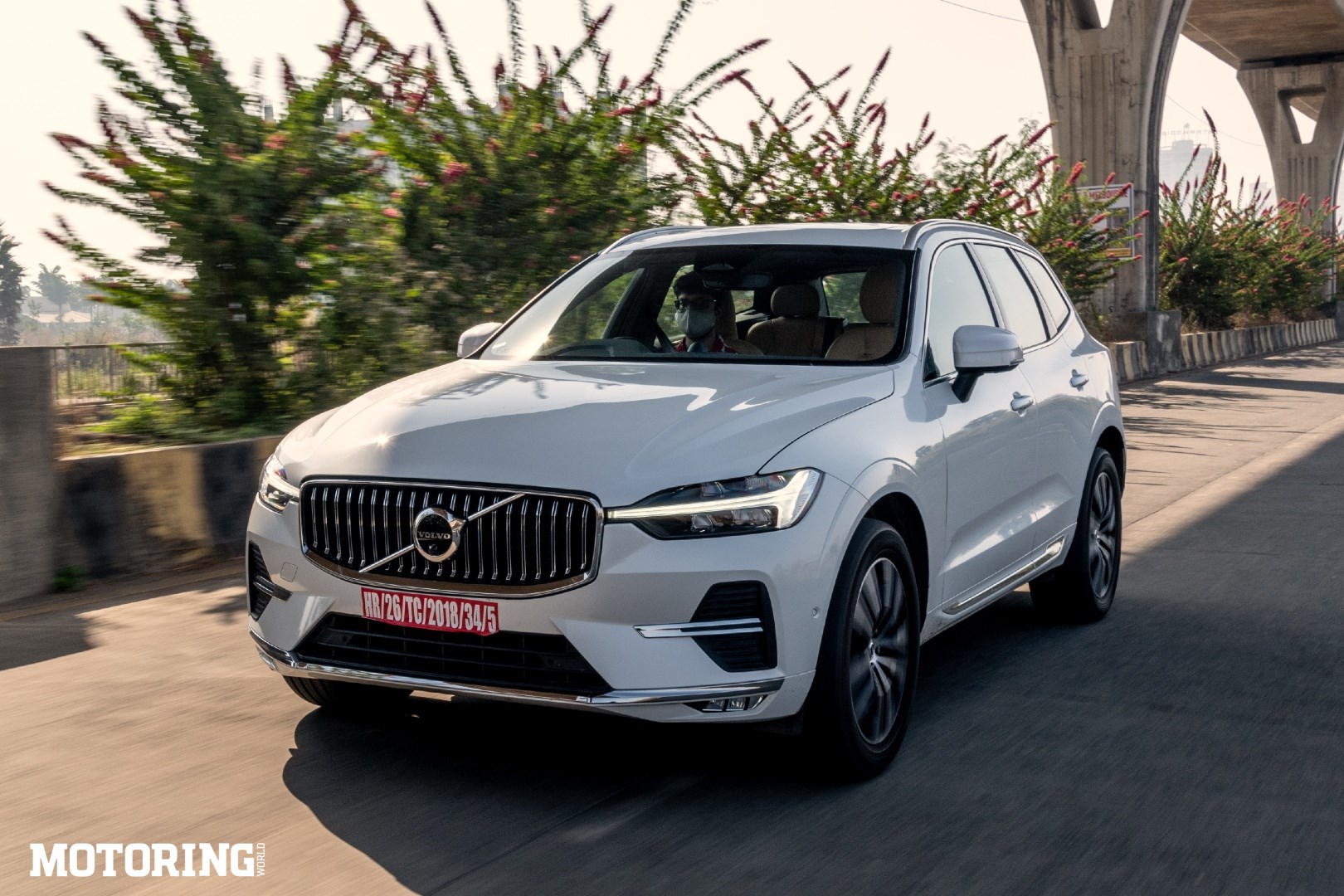 As I walk into the Volvo dealership and catch my first glimpse of the XC60 facelift, it occurs to me that this subtly refreshed model may not be as imposing as the Swedish company’s flagship SUV that’s standing next to it — but it is more important to the brand. The XC60 was arguably Volvo’s biggest money spinner, and now it’s back after having been taken off the shelves in April 2020. I’m going to find out if the updated, petrol-powered XC60 can do what its diesel-powered predecessor managed in the face of serious pressure from its German rivals.

The second thought that crosses my mind is just how subtle the changes to the exterior are. The XC60 is still a good looking SUV, and it all starts with the paint. Volvo calls this finish ‘Crystal White Pearl’, which is appropriate because the pearl-like sheen makes it much more alluring than your usual shade of white. It also beautifully accentuates the ‘Thor’s hammer’ headlights and the slimmer chrome-lined grille. The front and rear bumpers get new contours, which suit the upright stance, and there’s now very sweet-looking 19-inch alloy wheels on the XC60. Oh, and the exhaust is neatly tucked away and isn’t visible, unless you duck down and go looking for it. 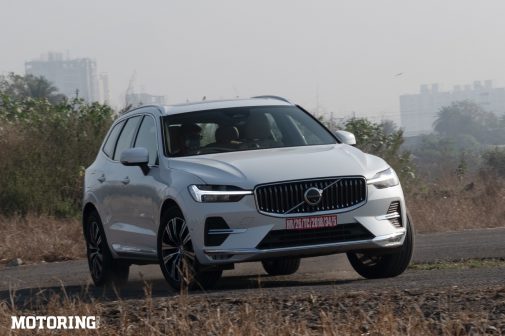 It feels like Volvo had a good formula for its design, and was smart enough not to mess with it too much. From the strong lines on the bonnet to the three-part LED tail-lights, all the bits that made the XC60 a desirable SUV remain, and are artfully accentuated. One major change (which is less easily visible) is the badge the SUV carries — it now says B5 instead of D5. This means that Volvo’s plonked its mild-hybrid 2.0-litre, four-cylinder turbo-petrol engine under the bonnet. This was another excellent move on the company’s part.

On paper, the new engine has about a 13 kgm deficit in torque compared to the older model’s 2.0-litre diesel. That’s not something I could feel at all while gunning it up some steep slopes, however. It’s also not the case that the 248 bhp, 1969cc engine is a firecracker, either. There’s a brisk enough shove from standstill and even in the midrange — which is, in part, thanks to the 48V mild-hybrid system kicking in smoothly without anyone noticing — but there’s absolutely no point in wringing the engine out.

There’s not much more forward movement for the almost sporty engine note that emerges at higher revs. In fact, it is only when the 4000 rpm mark is crossed that the feeling of being cocooned in silence disappears. Until then, refinement is top-notch. There’s barely a sound from the engine, and even road and tyre noise are only there when you really listen for it (and have the brilliant Bowers and Wilkins system switched off). I found that keeping it at part throttle made for the best progress, and this is completely in tune with the way this SUV likes to be driven.

The XC60’s 8-speed automatic gearbox also works better with the engine when it’s not pushed hard. Manual mode can be engaged — it’s a unique tap left to upshift and right to downshift using the spectacularly pretty crystal gear shifter — but it’s best to leave it to its own devices. The gearbox has been programmed to ensure the smoothest drive, not the quickest, and it appreciates it if you keep your hands on the chunky steering wheel and a light foot on the go pedal.

Handling is another aspect that is on-theme. The XC60 felt its weight around corners and, though the all-wheel drive system does step in when grip is needed, I knew better than to try and flog it through a sharp bend. The steering is light enough in the city and weighs up some on the highway. There is also a dynamic steering mode that adds some (unnecessary) weight to the steering, but this is not meant to be a dynamic package.

Which is why the somewhat jittery low speed ride quality comes as something of a surprise. Along with the large size and not-so-tight turning radius, the XC60 isn’t the best fit in extra urban environs. On the open road, the suspension setup shines, rounding out almost anything thrown at it. Off the road, the XC60 isn’t bad either. I’m definitely not saying it’s RFC-worthy, but it will take on a mild trail with serene ease. What’s also nice is that I couldn’t hear a peep from the suspension as it worked over some new (and quite deep) ruts on the highway I was on. 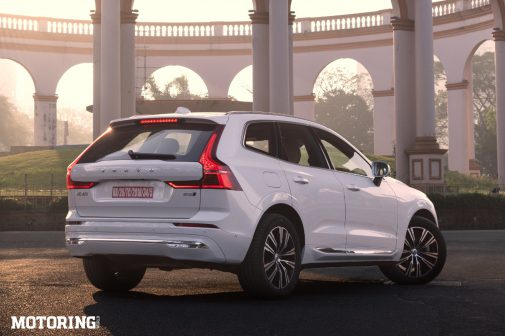 The insides are as comfortable and luxurious as ever, and there’s tonnes of safety features and feel-good kit on offer. Notable mentions include the 15-speaker Bowers and Wilkins audio system, a Google-integrated 9-inch infotainment touchscreen, wireless charging, heated, ventilated and massage front seats, and radar-based active safety features (which made me a little nervous in cramped quarters). Considering you get this big, comfy, premium and feature-rich SUV for Rs 63.5 lakh, ex-showroom, India, that’s a pretty good deal. If you’re in the market for a bucketload of fun, the XC60 isn’t for you. However, if you are looking for something that feels properly luxurious and contemporary, Volvo’s offering should be on your shortlist.