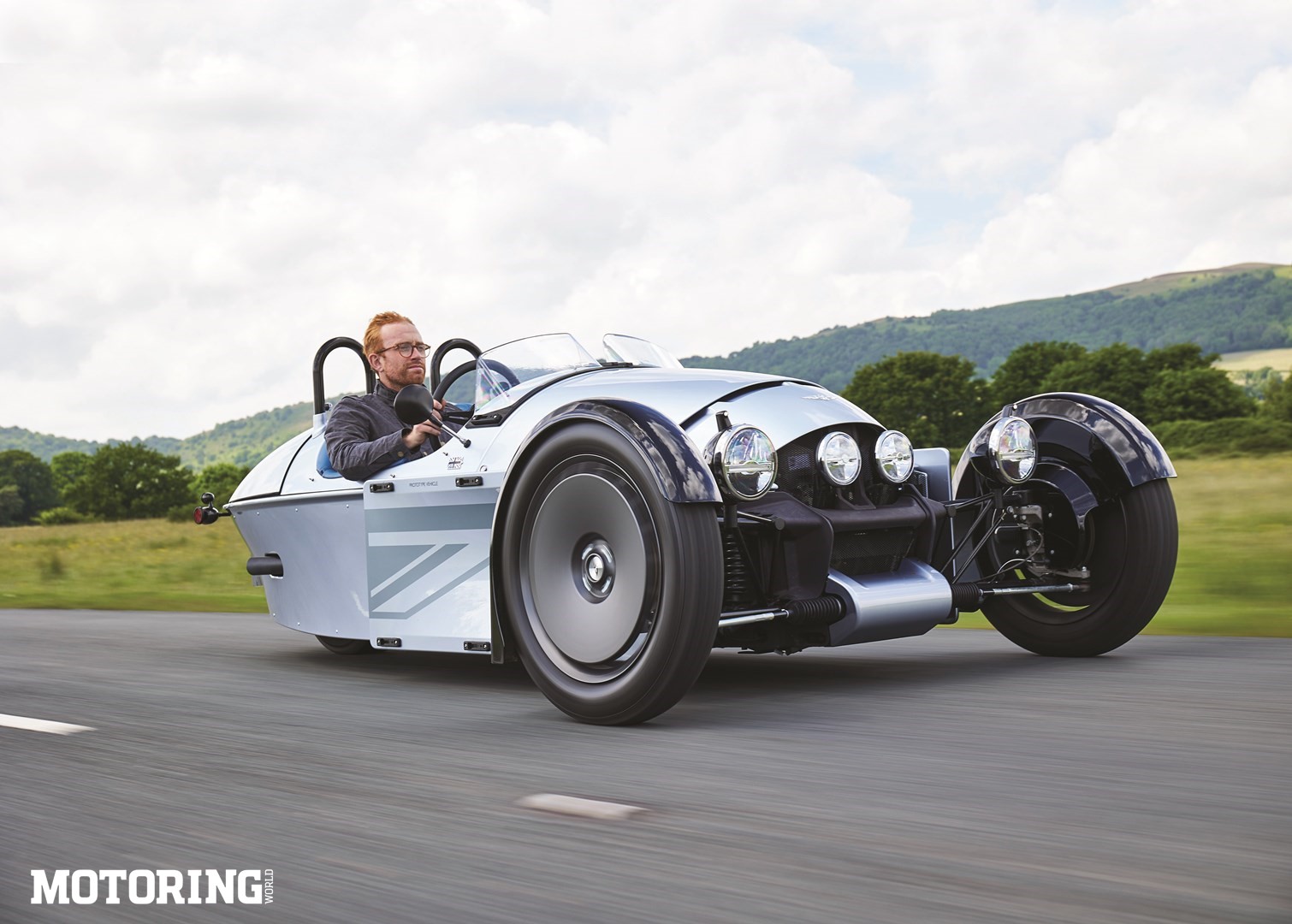 Before I begin to tell you what Morgan’s Super 3 is like to drive, I will attempt to describe what it actually is. Is it a car? You tell me. It has a cabin, a steering wheel, a gear lever, three pedals, a dashboard, a bonnet and a boot — but only three wheels. Is it a large motorcycle? Well, it has the aforementioned three wheels and all the car stuff, so it’s not. In fact, if you buy one in Europe, it’ll have its headlights set outwards like a car, but in America, the lights will be placed in the middle of its face, like a motorbike. I suppose the answer is that the Super 3 is a bit of both, but in all honesty you shouldn’t bother with such trifles as attempting to pigeonhole it, because the important thing is that it’s the most fun you’ll have on wheels in forever. It’ll also be the most striking thing on the road for miles, so you’ll be guaranteed attention wherever you go; I literally had people driving drop-top Rollers and Lamborghinis giving me envious looks. 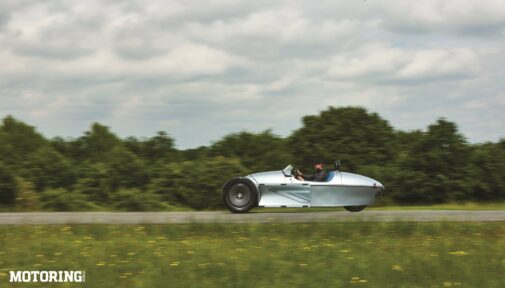 This isn’t Morgan’s first rodeo as far as three-wheelers go, either. Ten years ago it launched the Three Wheeler, which did what it said on the cover but by all accounts didn’t do it very well — it looked fantastic and… that was about it; apparently it was a handful to drive and was prone to coming apart. A decade down the line and Morgan’s designers and engineers have upped the game to another level altogether — the Super 3 is a proper piece of equipment all right. The concept is still pretty much the same, but the way it’s been put together is a world apart. 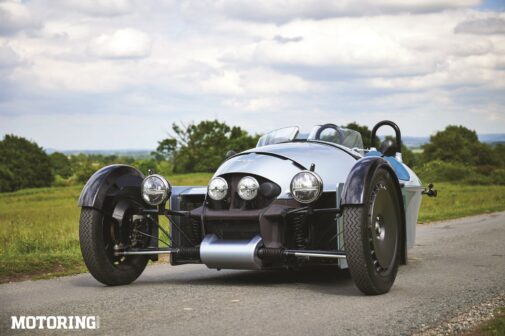 For one, it has an engine from a car (a 1.5-litre, 3-pot, non-turbo engine from Ford) rather than a motorcycle (the Three Wheeler had a 2-litre V-twin from S&S). The engine sits inside a bonnet (the Three Wheeler had it all hanging out, as it were) makes 118 bhp and 15.2 kgm, and is mated to a 5-speed manual off a Mazda MX-5. It’s a bigger and more complete car and, crucially, it’s the first monocoque-based car Morgan has ever made (and no ash wood frame under the aluminium body panels, either). As a result, the Super is stronger and lighter, at 635 kg dry — always a good thing. 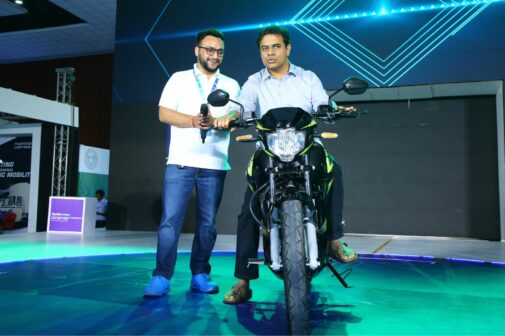 If you’ve seen the Three Wheeler’s cabin, this one will be almost unrecognisable, such are the strides that have been made in terms of fit, finish and comfort. Getting into the car requires a level of contortion that may be tricky for some, but once you’re in the seat there’s a posh go-kart feel to everything. The seat looks a little brutal from the outside, but is actually pretty comfy and holds you in all the right places; you can’t move it, but you can adjust both the sexy steering wheel and the pedal box, so finding a just-so driving position is a cinch. I found that there was no way to hold the steering wheel comfortably other than with my right elbow hanging out the side a bit, but since that gave me a suitably rakish air, I didn’t mind.

The cabin is high quality and keeps it simple — a dashboard with two very cool digital dials, some toggle switches, the gear lever and an upright handbrake is pretty much it. There’s a reasonable amount of space as well, and your passenger won’t feel like you’re reaching for their inner thigh every time you change gears. In terms of luggage, you can get some weekend bags into the ‘boot’, an option for a rather cool luggage rack on which you can load additional bags and clip luggage onto the blades on the side via a patented clipping system. As for wind, the small windscreens deflect some of it, but you’re definitely better off wearing sunglasses or goggles as well (and a hat, if you’re driving on a blazing summer day like I was). If you’re wondering what happens when it rains, the answer is that you get wet — but the cabin is waterproof.

Right, to the driving. A twist of the key, a dab at the starter button and the Ford engine burbles satisfyingly to life, settling into a richly bass-y idle through the chunky exhaust pipe on the driver’s side; there’s no hint whatsoever that a three-cylinder unit is warming itself up. The pedals are stiff and take a little getting used to at first, but you realise as you get a move on that they’re actually the perfect weight for a car like this. Indeed, you quickly realise just how near-perfect this entire car is, as a means of unadulterated driving pleasure.

The engine is a little firecracker, and pulls enthusiastically from the get-go, emitting some of the most entertaining automotive flatulence you’ll ever hear the whole while — crackles, burbles, pops, the lot (and there are some soundtrack contributions from the drivetrain and gearbox as well). It loves to be revved too, and will happily go to 7,000 rpm if you find enough road to do so, but that would be unnecessary and a little scary too, if I’m honest — all the Super 3 needs is some B-roads on which you can blast around at 100 to 120 kph, which is exactly what I had access to in the countryside around Morgan’s factory in Malvern, Worcestershire. With the brilliantly accurate 5-speed gearbox as an able ally, the non-assisted steering wheel providing the sort of direct feedback you’d expect from an irate headmaster and the pedals spaced for some deft heel-and-toe work, it was wall-to-wall automotive hilarity — lots of revs, furious gear changing, throttle blips and giving it the beans out of corners.

Now, it must be remembered that the Super 3 offers precisely zilch by way of traction/stability control or even ABS, so you need to watch what you’re doing, get a feel of what the car is telling you and then start pushing it. When you do, the fun doesn’t just begin, it smacks you across your silly face. The engine sits behind the front wheels, which does two things straight away — weight distribution is fantastic, and the pull-rod suspension up front sits much closer to the body than in the older Three Wheeler. The result is a level of balance that is sublime, with the car feeling like a posh go-kart around corners. 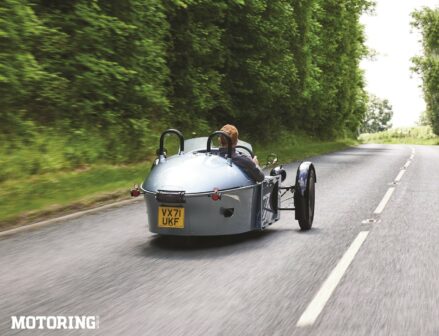 The thin 20-inch Avon front tyres don’t look like much and certainly don’t offer chewing gum levels of grip, but communication is so direct in the Super 3 that you know exactly when they’re about to throw up their hands in surrender. Power goes to the rear wheel, which is shod with an all-weather tyre that helps to even out the grip — since it’s not very sticky, it reduces understeer without completely eliminating it; go heavy on the gas and there’s some understeer, take your foot off the pedal and you’ll find the nose tucking itself in. It’s a playful car, this, and if you’re not grinning throughout your time in it, you should talk to a therapist. Oh, and I wasn’t sure exactly what I was expecting of the Super 3 in terms of ride quality, but I damn sure wasn’t expecting it to be as forgiving as it was; it’s sprung on the softer side and handled the rather uneven road surfaces I was driving on really well, although hitting mid-corner bumps at full load did cause some flutters in my stomach. 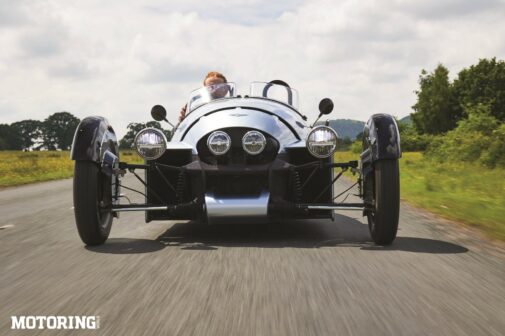 Whatever I’ve said so far doesn’t do justice to the Super 3, to be honest. In a world where cars are now more appliance than automobile, it’s a throwback to an unashamedly analogue age, where the only things that mattered were the sensations in the seat of your pants and the level of connection you felt with your car and the road. This car is so rich with feedback, so stupendously alive and thrilling to drive that going back to a ‘regular’ car will feel rather dull for a while — and it looks like a 1930s motorboat on wheels, which I think is sensational. It costs roughly 50,000 pounds (Rs 50 lakh) when decently kitted out, offers no protection from the elements and makes no logical sense whatsoever — but I’d get one in an instant if I had the means, because it’s the most fun I’ve had on wheels in forever. 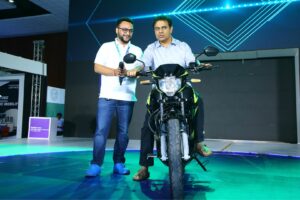 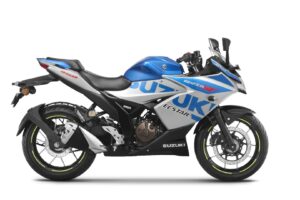