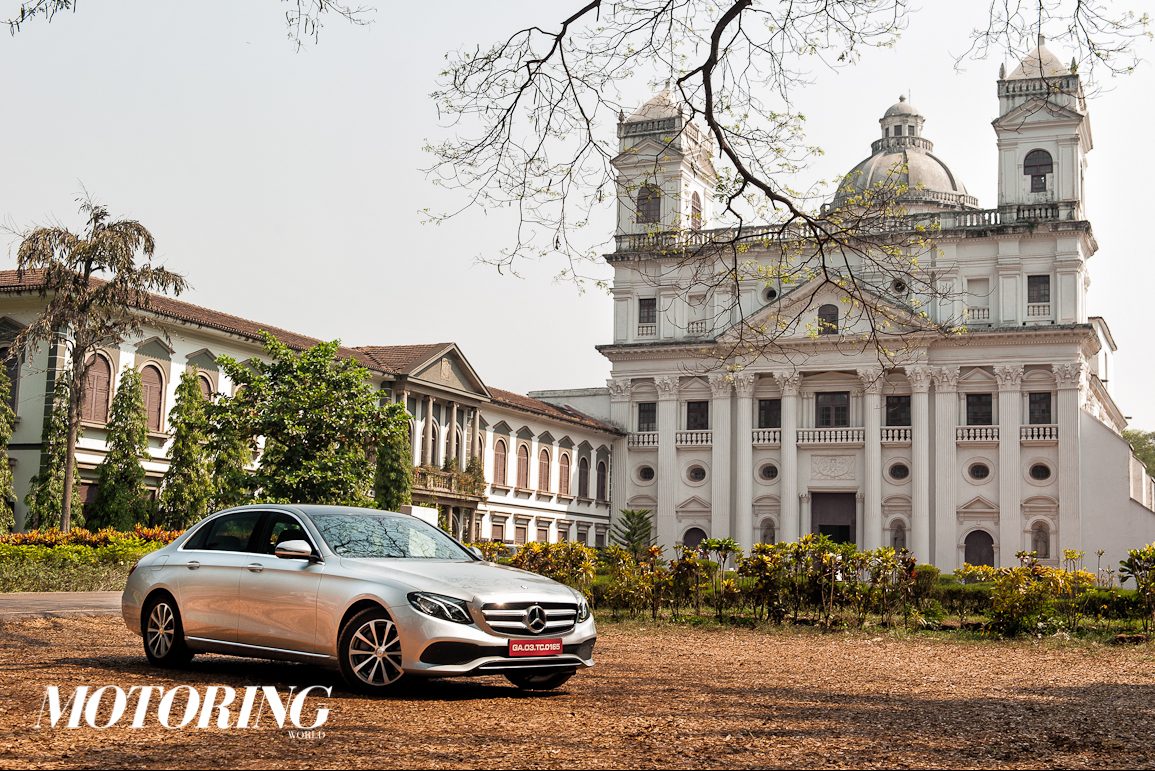 A hundred apologies to you, dear reader, for allowing the following review to sound like the love-child of a spineless marketing executive and an accountant. I choose to lead with that line because I’m afraid my mind can’t comprehend another way to describe to you just how wonderfully competent the new Mercedes-Benz E-Class is in its new V213 clothing.

In my defence, I didn’t go there with the intention of liking it so much. The E-Class, to me, has always been the sort of car that’s best left alone to the more serious lot; the kinds that would pour over the classifieds in a newspaper with as much vigour and intensity as I would reading about Garfield’s purposeful hatred for Mondays and his love for lasagna. Unless, of course, you factor in the hilarious E63 AMG, in which case I’m suddenly intrigued by its existence.

But no, the V6 diesel sitting in there, wrapped up oh-so-elegantly, was enough for this day. Mercedes will sell you the new E only in the NBA-player-spec long wheelbase version, and that’s fine by me. The one I got to drive had the aforementioned V6 diesel in it, but there’s also a 2.0-litre petrol you can choose if you care about cost and fuel and melting ice caps and all that. For now, though, all you need to know is that this V6 is a bloody astonishing thing. It makes 254 bhp, which is par for the course for a V6, but what makes all the difference is the 63.2 kgm it produces, which is good enough to catapult the E-Class to 100 kph in 6.6 seconds. Registering descriptors like ‘catapult’, ‘0-100 kph’, and ‘6.6 seconds’ in reference to a car that’s 16.6 feet long is as incredulous as using descriptors like ‘suave’, ‘calculating’, and ‘the voice of a generation’ in reference to Simon Cowell. But it’s true, and it’s evident right from the start (the bit about the E, at least). You can dump the accelerator, let the rear squiggle a bit before it catches itself, and reach stupid speeds faster than you can utter ‘God, I wish they had included massaging seats,’ and that’s just stupendous, really. To get into the specifics, this is because it makes all of its torque between 1600 and 2400 rpm, and that’s really very accessible. This means that you can be doing a 100 kph and still have the rev needle at the bottom of the torque curve.

I know that that bit of information will mean nothing to most, so to put it simply: the new E-Class is needlessly quick. It will be at its quickest in Sport+ mode, which is when everything gets tightened up, including the suspension and the steering. I wouldn’t suggest entering rallies, but the E in this mode is quite capable. It’s still soft, mind, but it’s bloody impressive. The V6-equipped Es get air suspension all-round, and this makes a huge difference to the ride. Think of it like driving over that one soft pullover you just can’t seem to get sleep without. There’s also Eco, Comfort, Sport and Individual, the last of which you could use if you’re the fussy sorts. I did also manage to get a few minutes of backseat time while the car was in Comfort mode, and it felt good. I could almost see myself plotting to destroy Cathie back in the boardroom for trying to thwart my aggressive expansion plans for the company, as I looked pensively out the window and sipped on some chardonnay. That’s what I assume all those rich executives get up to while sitting at the back, at least. Could it have been better? Well, the seats in the back recline, but not enough, honestly, and the funny thing is that for all the time that you’ll supposedly be spending in the back, you can’t control any of the infotainment from there. You need to yell at your chauffeur (he’s quite far away, lest you forget) and make him change it to your liking. Strange. Another thing: No massaging function on the seats! Cathie needs a right kicking, I understand, but there’s nothing in the book that says I can’t formulate my plan whilst my love-handles get a once over. Beyond that, though, I’d struggle to come up with any inadequacies that are worth mentioning, and that’s really quite something.

It’s got its ride sorted (extremely well, at that), it’s not half as bad a corner-carver as a limousine should be (the powerslide I attempted [on tarmac, might I add *Ahem] is testament to that), and there’s enough of a luxurious trapping in here to keep even the most picky of the lot satiated. As far as luxurious limousines go, the new E’s got it down pretty well, unsurprisingly. But it’s not fault-free. Allow me to explain. Mercedes has, for reasons unknown to us, gone down the route that puts an emphasis on familiarity, and personally, I think that’s a bit of an oversight. With the new E, the C and the S, the only way you can distinguish them from afar is by their length. They all share the same design language on the outside, and it’ll be especially hard to tell the E and the S apart because their lengths are nearly similar (the S, I’ve been told, is just a wee bit longer). My immediate question on getting a look at the new E was why anyone would bother with an S anymore. It gets a lot of the same features and cool tech, so what’s the point?

The immediate comeback is that S-Class loyalists will be just that, and for them settling for an E-Class isn’t an option. Fair point, I think. But is it really? At the time of writing this, I haven’t a clue what Mercedes will price it at, but it’s safe to assume a healthy premium will be commanded. Despite that, I foresee Mercedes picking up where it left off, in the sense that the E will continue to be its highest selling sedan, because it’s just a supreme effort that’s hard to neglect. The ones who do the whole backseat lounging thing will be happy, whoever and wherever they are. Me? I’ll just wait for the new E63 S AMG and plot Cathie’s downfall while I’m driving the damn thing myself.