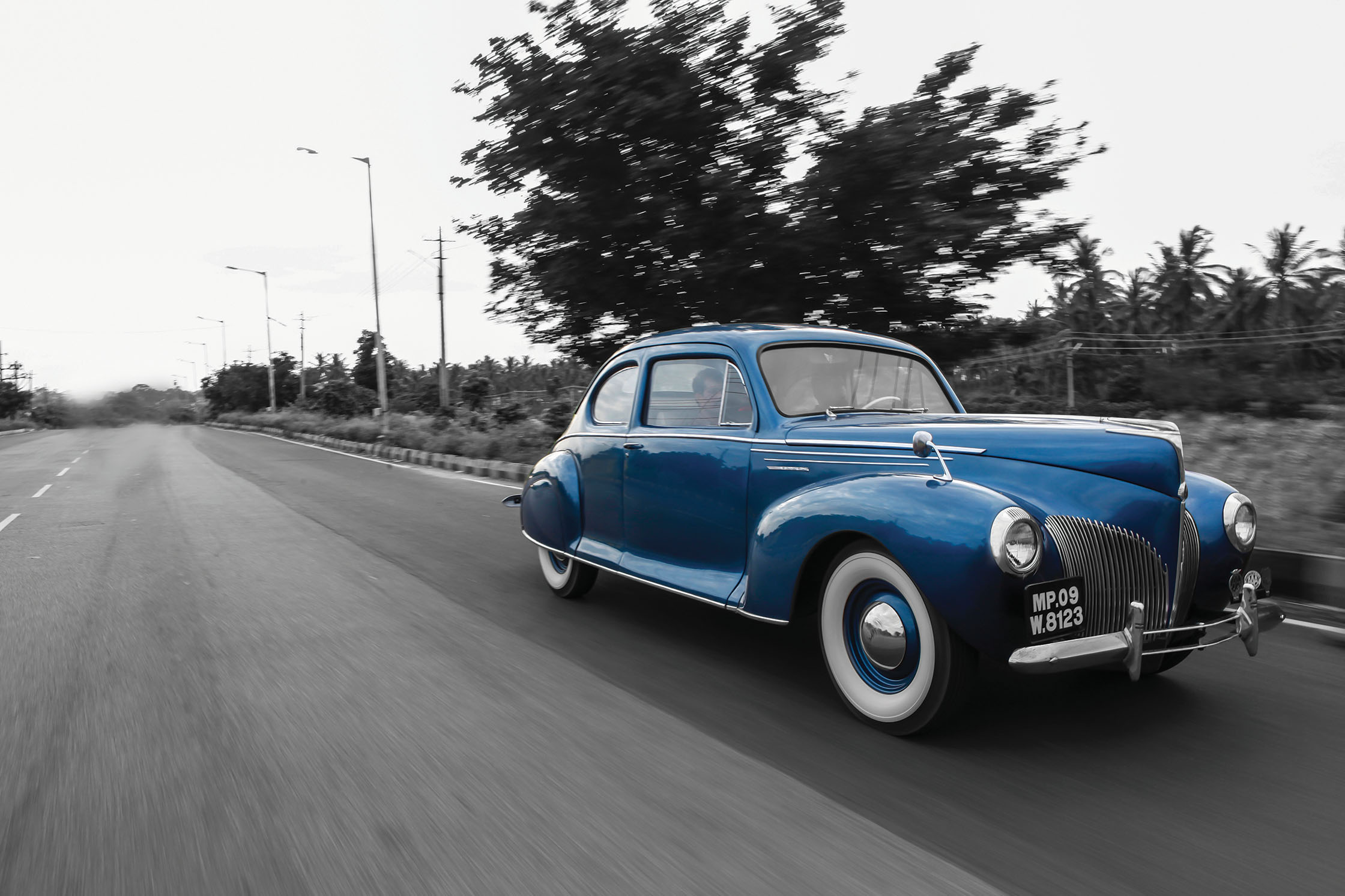 There’s something about American cars that stirs the soul. For some, it is that flamboyant curvaceous styling and liberal application of chrome. Or perhaps the expansive cabin space on the inside and the ship-like proportions on the outside. For others, it is the massive powerplants that propel these land yachts down the road, each piston the size of a bucket. I, for one, am in it for the motors.

Which is why this Lincoln Zephyr, built in the early forties, held my attention like a tractor beam. Also the fact that Brough used these engines for their cars could have been another reason why the Zephyr’s motor got me gushing. Displacing a massive 4.4 litres, this V12 had its two six-cylinder banks sitting at 75 degrees from each other — to reduce the engine’s width — and made 110 horsepower on a good day. That might not sound like much from a gargantuan displacement, but this motor is all about the torque rather than power. 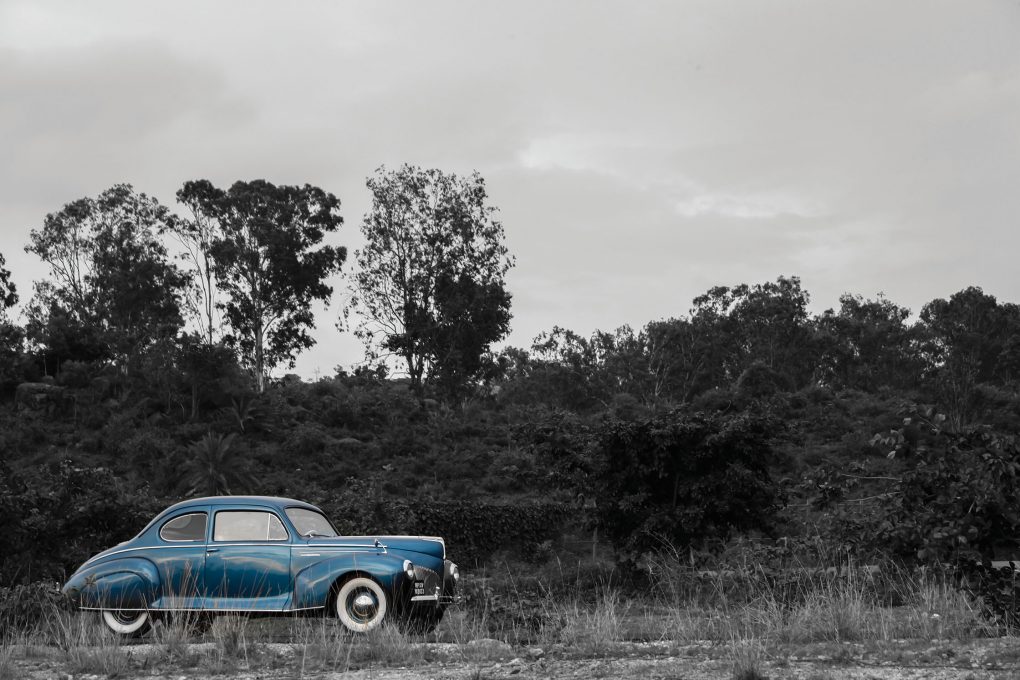 This was exactly the need of the hour at that time. Pulling grunt was where it was at, simply because the road system at the time wasn’t conducive to high-revving engines. Besides, engine technology, machining and metallurgy still had a lot of catching up to do. And the more luxurious the brand, the more heft the motor had to pull, courtesy the burgeoning extravagant coachwork that true opulence had come to justify.

Companies developed engines to cope with all of these requirements by increasing their displacements and adding cylinders. Inline-fours grew to inline-sixes which in turn went on to become inline-eights. But packaging so many cylinders beneath the bonnet probably became an issue and V8s became the norm, in effect being half the length of an inline equivalent. To satiate the need for even more power, V8s grew into V12s and some marques even went on to produce V16s.

All that was in the past, but could this Lincoln Zephyr still stand its own in today’s traffic? I was about to find out when Rupali — the bubbly daughter of classic and vintage car aficionado and collector Dr Ravi Prakash — offered me a test drive of this beautiful specimen.

The first thing that hit me were the dimensions of this car. It is near-neverending, and mind you, this was the two-door coupe version and not the four-door sedan that is much more common (in a relative sense, obviously!) in India. As if driving this four-wheeled city block through Bangalore traffic wasn’t intimidating enough, the fact that this one is probably the only one of its kind in the country was added pressure that I honestly didn’t savour.

I have driven left-hand-drive cars in the past and so that was something that was vaguely familiar to me. What wasn’t, however, were the seats that simply envelope you the moment you sit on them. As I sank into the plush seat that is more a couch than anything else, I familiarised myself with the controls. Column-mounted gear lever on the left of the steering wheel, indicator stalks on the right. All along, Rupali sits unfazed at the rear, talking to a mechanic who is riding shotgun with me. 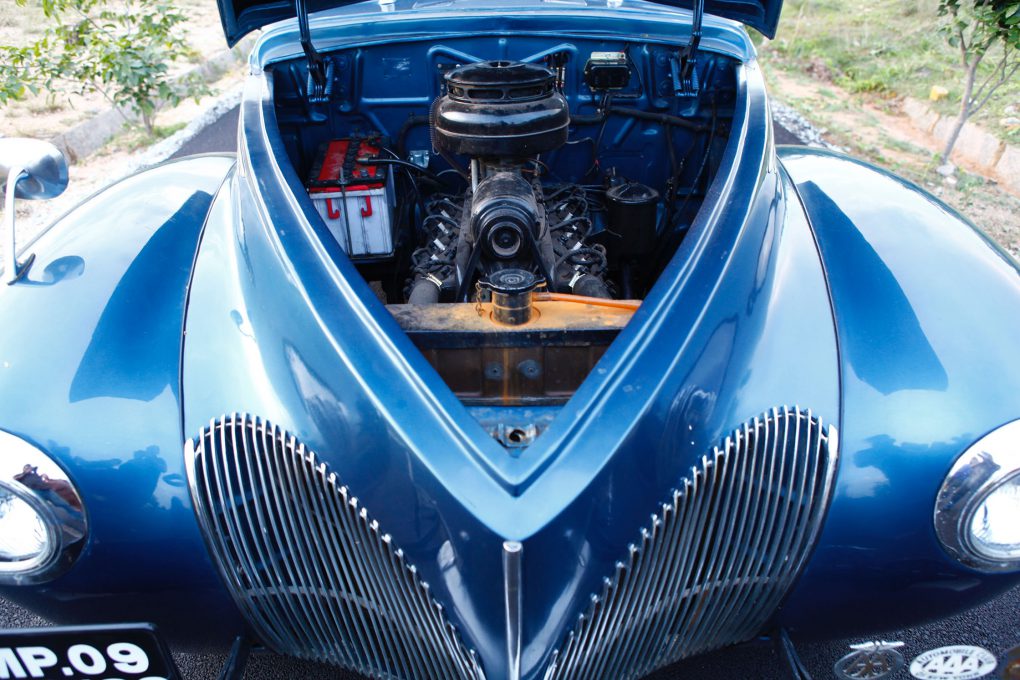 I take in a deep breath, announce at the top of my voice (in order for everyone sitting in the amphitheater-like cabin to hear me) that I am about to set out, and then press the clutch and engage first. As I release the rather heavy-set clutch pedal, the car begins to roll forward. The engine is barely past tick over and the car is already pulling like a locomotive, the motor rumbling as it sucks fuel and air in through a large downdraught carburetor. And just like that, the mechanic sitting beside me gestures that I can engage second, which I do. And after getting to about 30 kph, it’s time to engage the third and final cog in the gearbox. Honestly, all you need in this car’s gearbox is the first and the third gear. I think that second toothed wheel must be shiny and new, having just meshed for the first time, all thanks to yours truly! 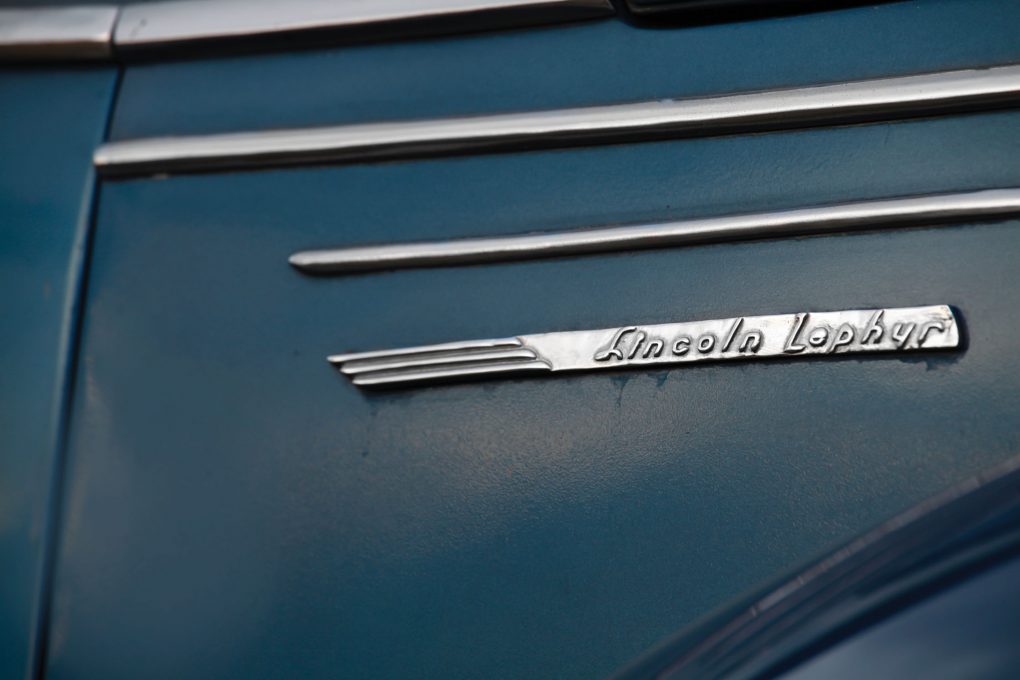 I have never expected this sort of torque, save for when I drove my old Peugeot-diesel engine MM540 up a slushy gradient in low-range four-wheel drive. But here was a petrol-burning car that was built for the road. As I was ambling along at about 40 kph, we hit a stretch devoid of traffic and I gave it some stick to see whether this V12 was up for cheap thrills. As soon as my foot shoveled some gas into those twelve cylinders, the big hefty crank took its time to spin, but delivered such chunky slabs of sheer torque that the car literally jumped up and went with hardly any increase in engine revs! This powerplant was more of a sledgehammer than anything else. Raw, hairy chested and in your face. It probably required bricks, instead of puny feeler gauges, to set clearances within this motor! 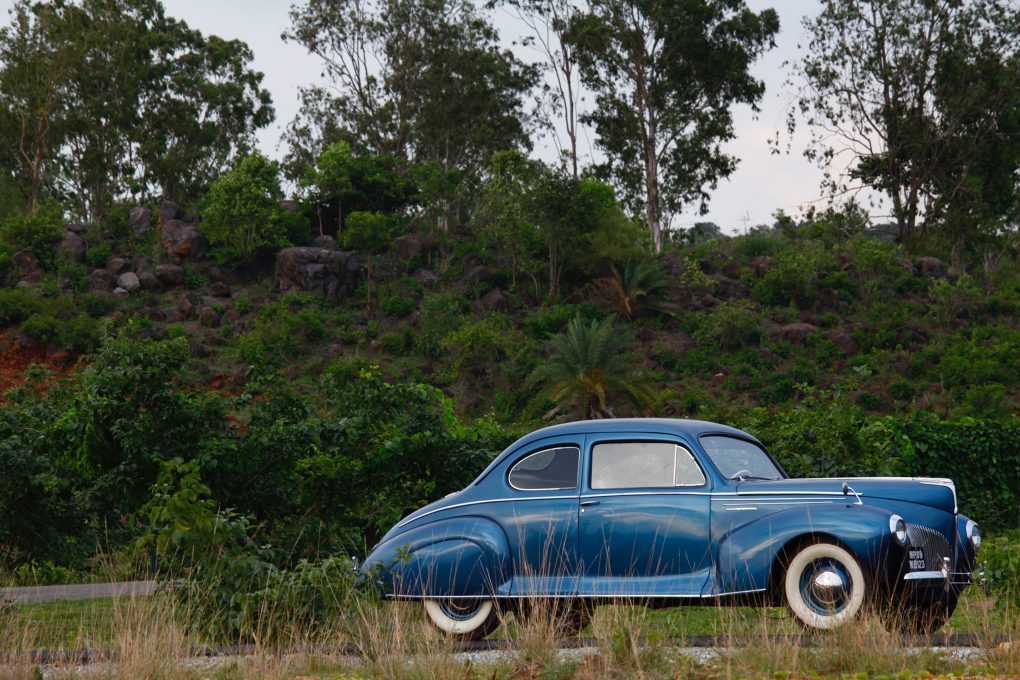 That’s when it all hit me. This was a motor built for cruising down the quintessential American boulevard. Straight as an arrow all the way till the horizon with not a kink in sight. All of that became even more apparent when I decided to attempt making quick directional changes in the Zephyr. It felt like I was trying to change the direction of the town hall by turning a wheel mounted on to one of its exterior walls, in order to make it more Feng Shui friendly. Or Vastu Shastra compliant, if you’re all into the whole ‘Make in India’ thing.

The brakes did seem to slow the car down but there was no concept of panic braking, just panic while braking. The behemoth did come to a stop, however, but one has to plan such manoeuvres well in advance. Too bad Lincoln didn’t see it fit to list a crystal ball as standard equipment.

What the Zephyr excelled in was the ride quality. The thing just rolled over potholes and expansion joints as if they didn’t even exist. The suspension — semi-elliptical leaf springs perched from a solid front axle and a live rear axle — soaked up everything the road threw at the car, and the little jolts that did make it past were completely eradicated by the plush seats. 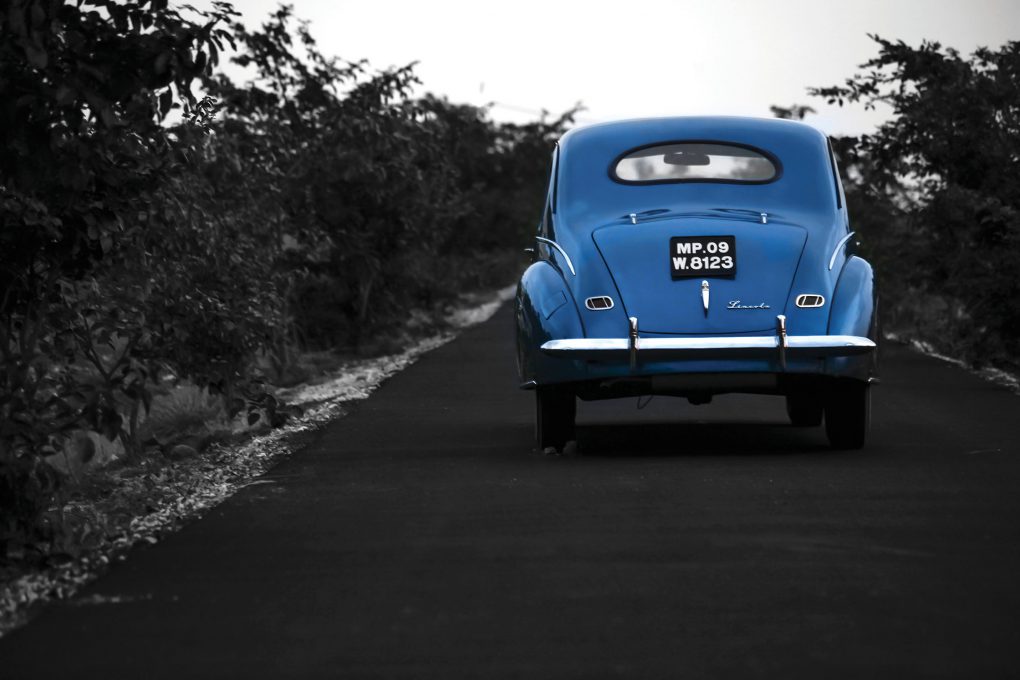 No wonder, then, that the Zephyr was the ride of the who’s who back in the day. As of that wasn’t enough, the styling was gorgeous, with aerodynamic swooping lines leading towards the fastback rear end. The grill was expansive and deeply chromed bumpers that sat low and hugged both extremities of the car. The Zephyr wasn’t really a runaway success, having being overshadowed by the more grandiose Cadillac. That being said, it did sell well enough to be produced from 1936 to 1940. The V12, however, continued to be manufactured till 1948.

The Zephyr Coupe, for me, was pretty much what I had expected. And I had really high expectations, mind you. This is a massive car with cavernous interiors put into motion by a massive engine. Everything that makes an American car truly American. Seriously, what’s not to love!

A big thank you to Dr Ravi Prakash for allowing us to drive this beauty and a round of applause to Rupali for listening to our incessant babbling with a smile!